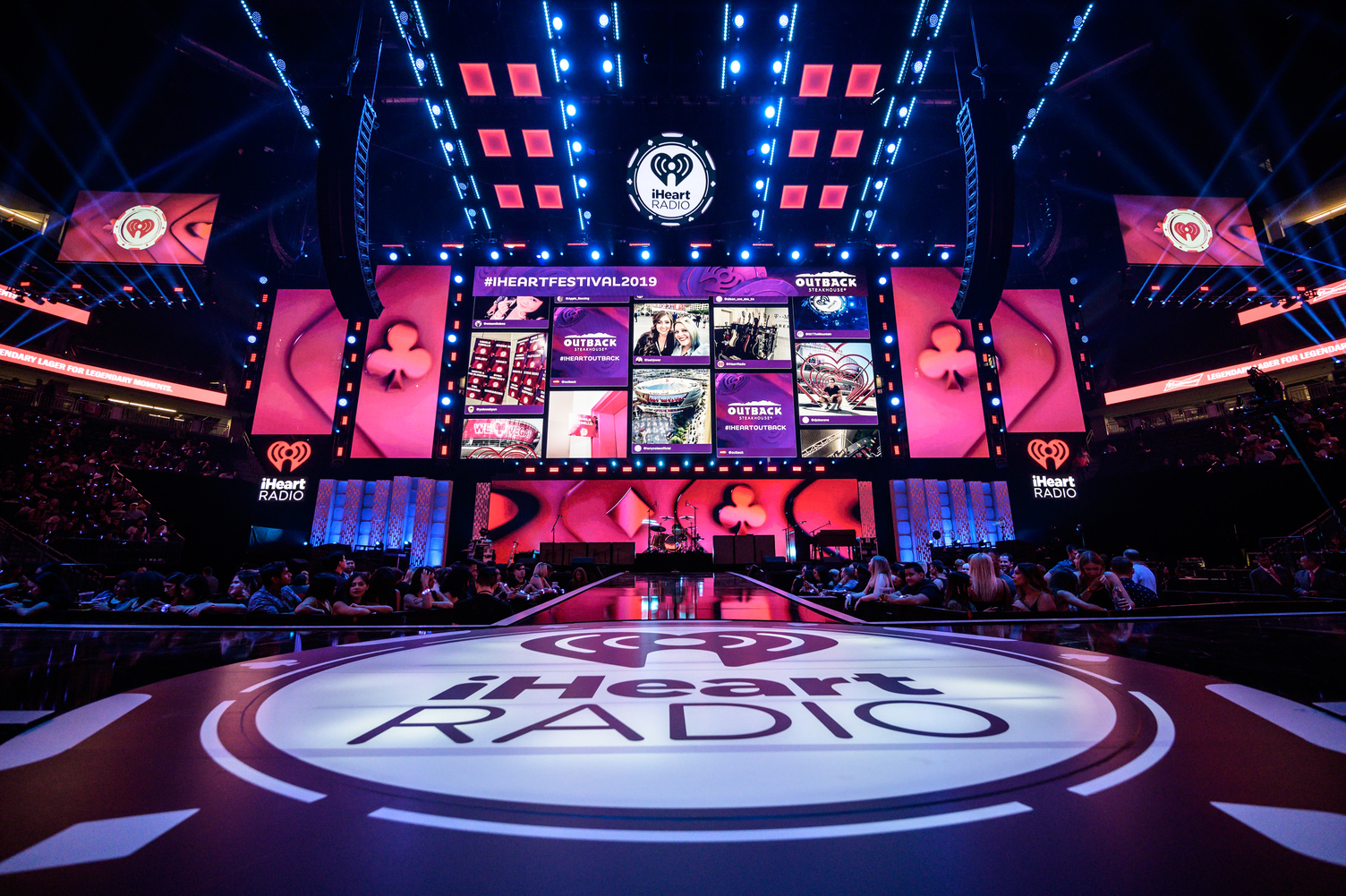 The main stage at the 2019 iHeartRadio Music Festival in Las Vegas. 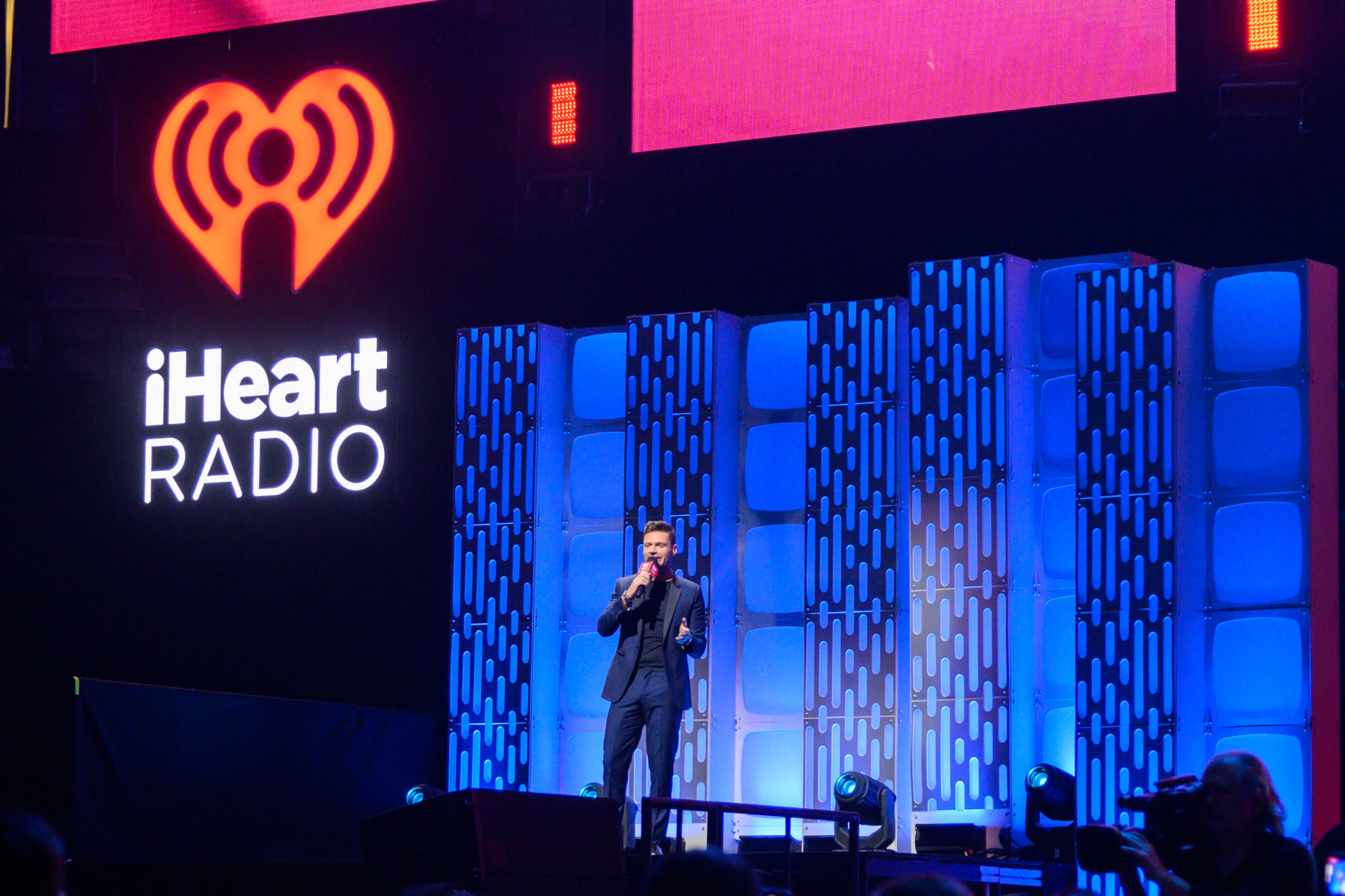 Host Ryan Seacrest backed up by Dash and Tube on the iHeartRadio stage. 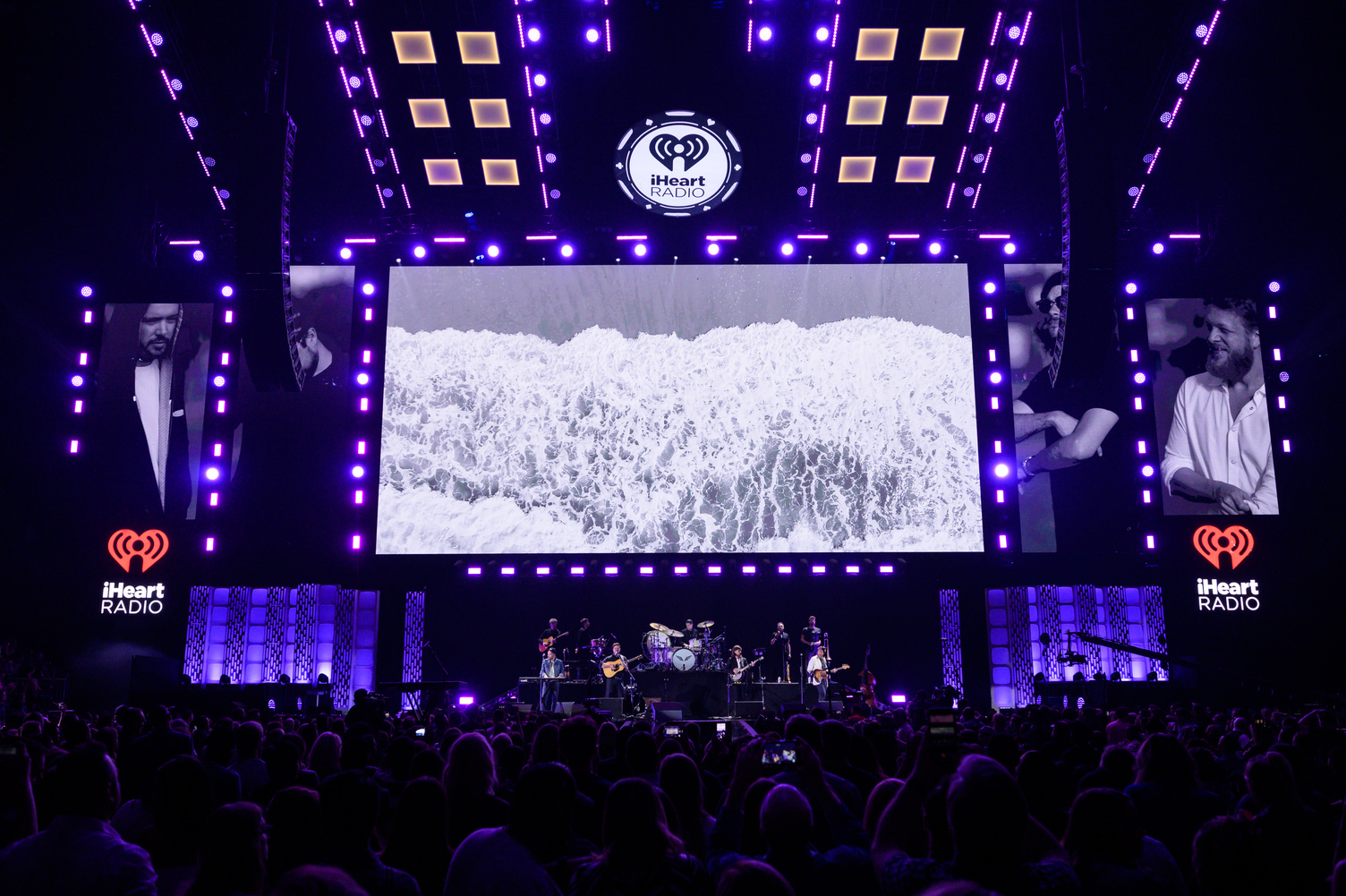 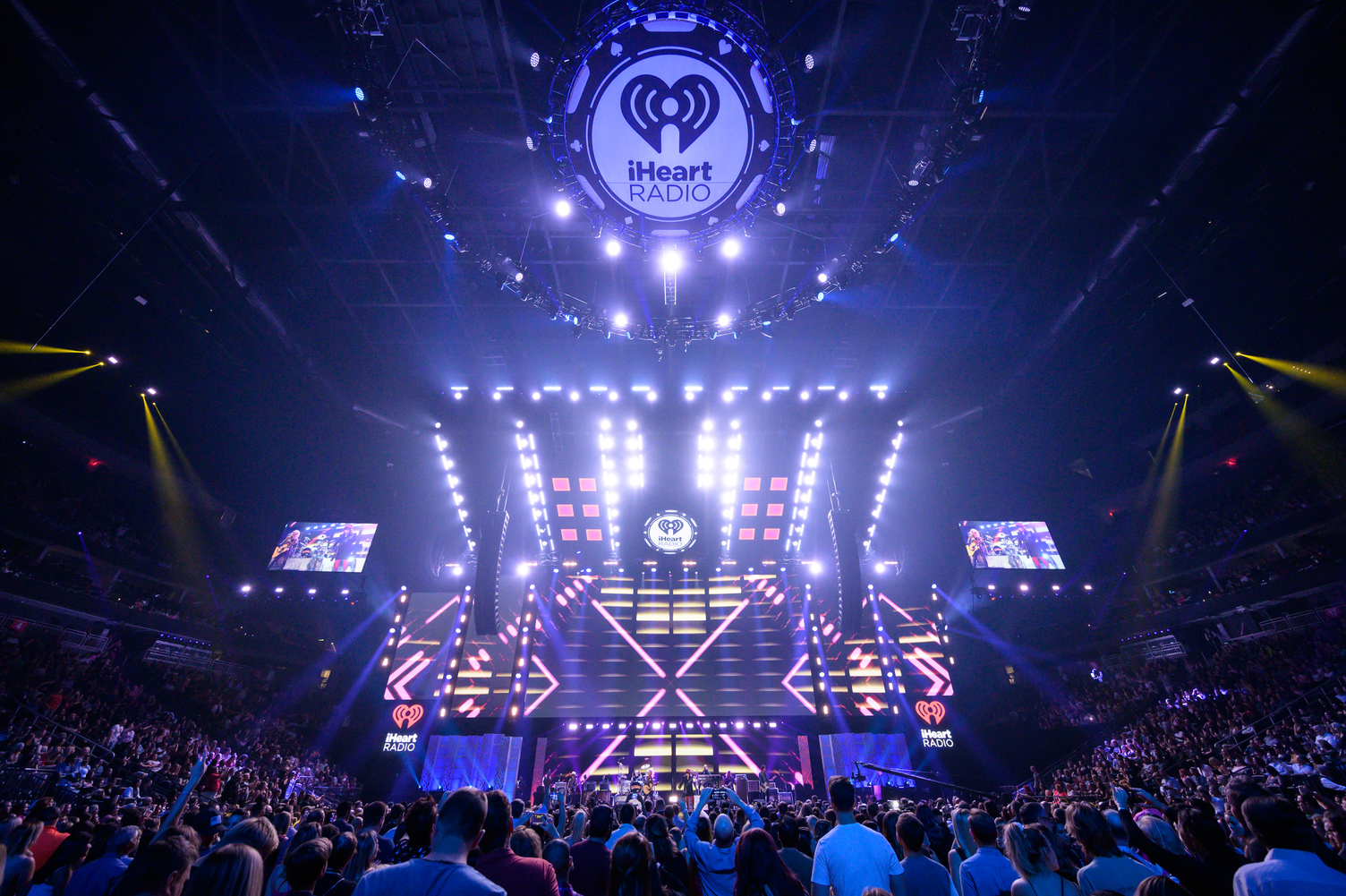 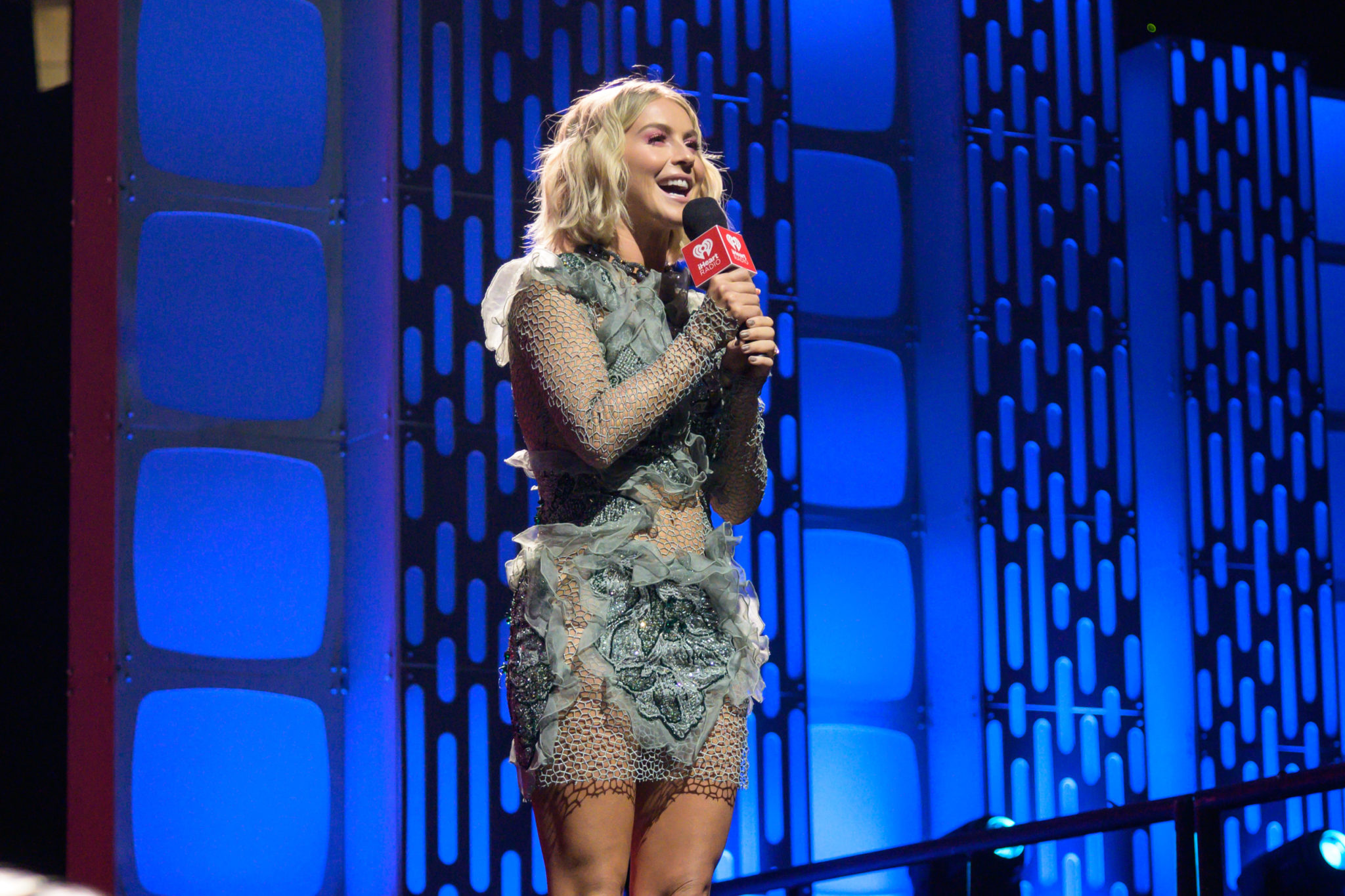 Julianne Hough on stage at the iHeartRadio Music Festival.

Marshmello performs on stage at the 2019 iHeartRadio Music Festival. 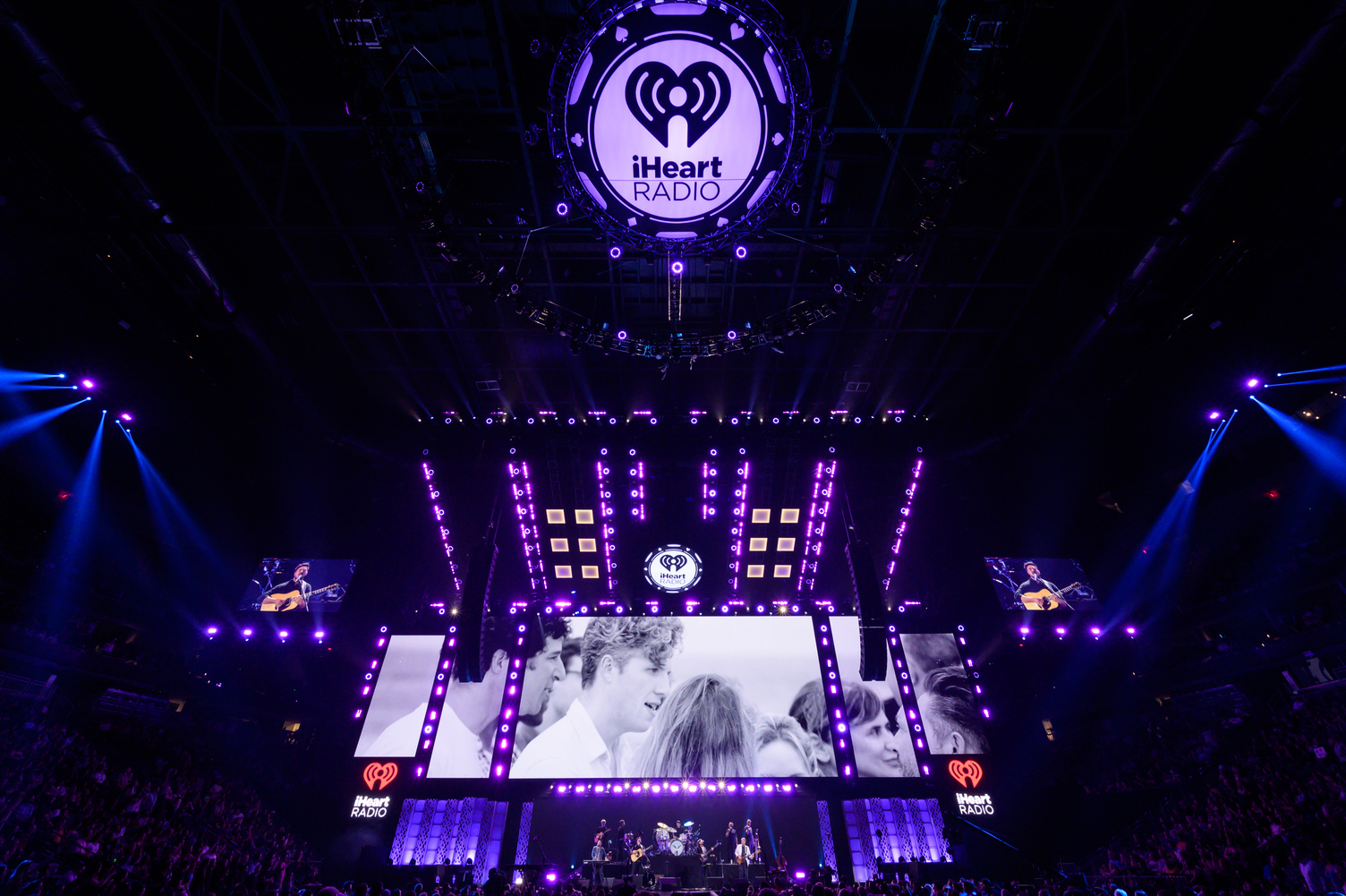 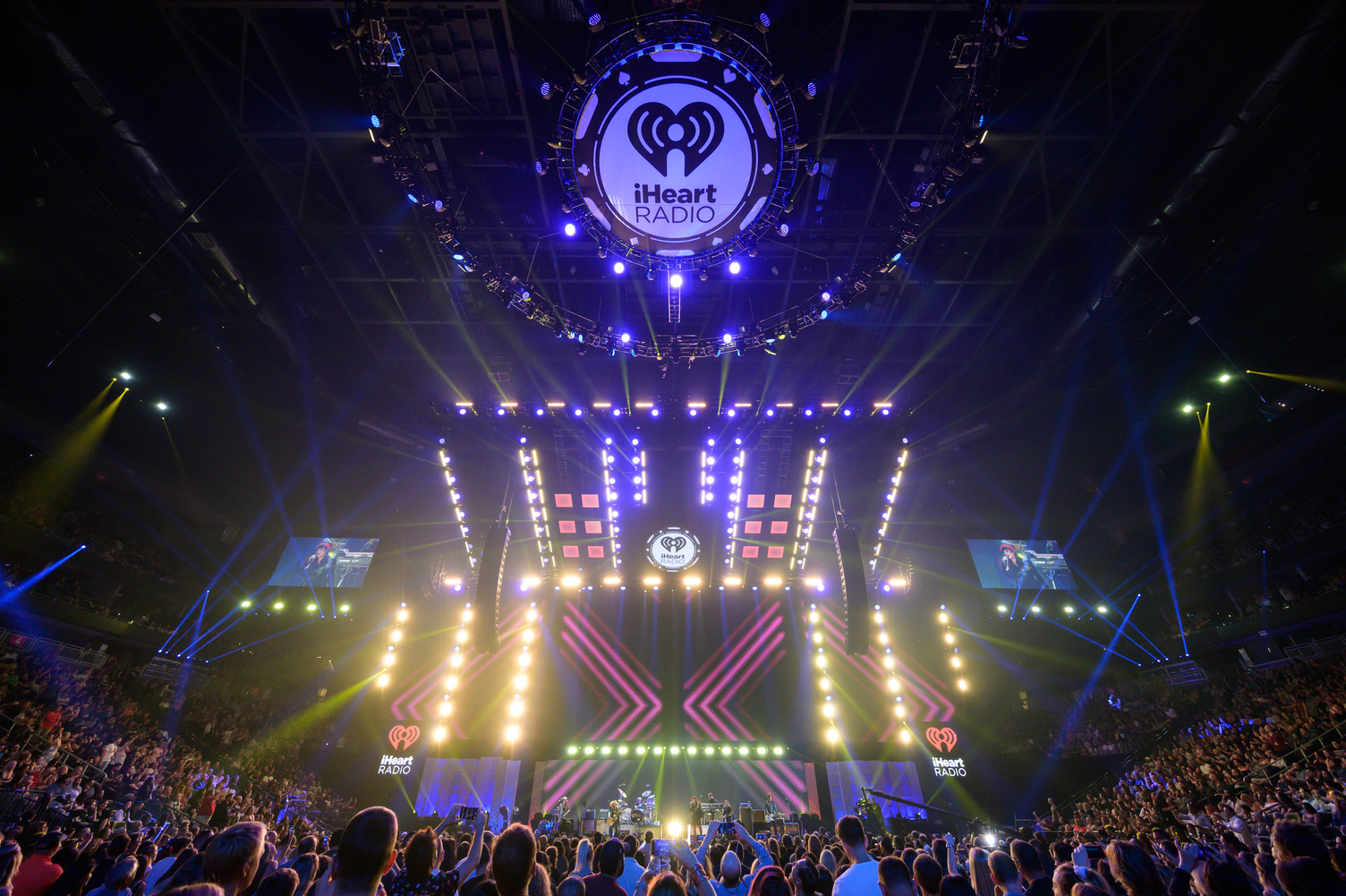 Heart performs on stage for iHeart in Las Vegas. 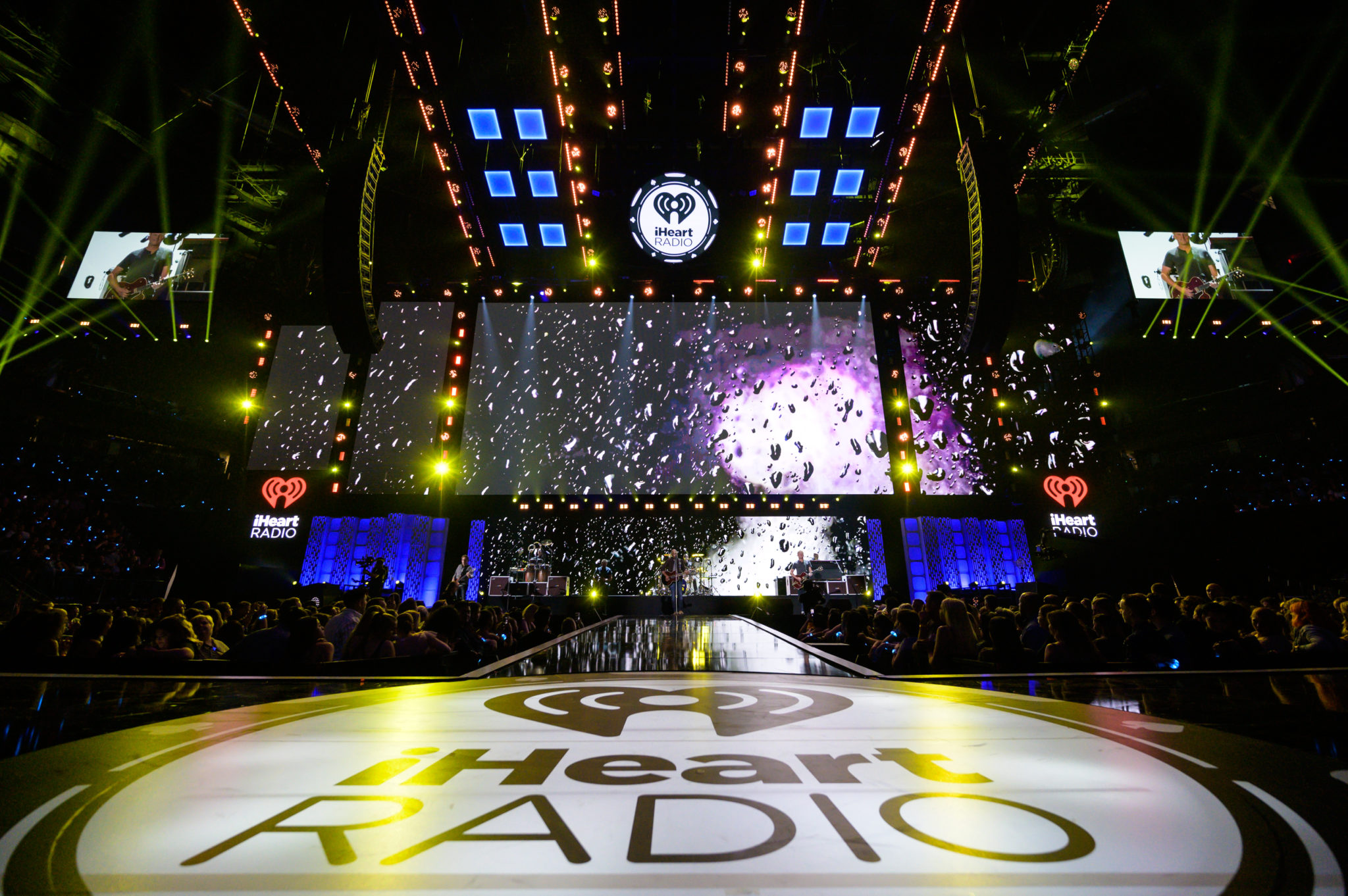 Hootie and the Blowfish perform at the iHeartRadio Music Festival.

The 2019 iHeartRadio Music Festival kicked off once again at the T-Mobile Arena in Las Vegas. The two-day festival, hosted by Ryan Seacrest, featured performances on the main stage by Alicia Keys, Green Day and Mumford & Sons. A daytime stage was also added at the Las Vegas festival grounds, which had artists Billie Eilish, Maren Morris and Zara Larsson just to name a few.

Similar to last year’s event, a graphic poker chip was flown over the stage and hung at the top of the set. This year, we added custom built 45″ light boxes which also flew in the air and created a geometric pattern on either side of the poker chip. Although there was no VIP area this year, we made it a bigger show by adding more video walls.

Designer Charlie Cook utilized our Modular Systems products to create two SuperWalls, one on each side of the stage. Our Dash and Tube panels created the perfect backdrop for host Ryan Seacrest and other celebrity guests. Overall, ATOMIC created a design that loaded-in quickly and utilized our Design, Set Construction and Modular Systems teams together.

ATOMIC is thrilled to be a part of this event each year and as always, it wouldn’t be possible without our fantastic clients and partners: iHeart Media, All Access, Jason Rudolph (Screens Producer), Pyrotek, C2W Rigging, 4Wall, Firehouse Audio and our friend Tom Kenny.