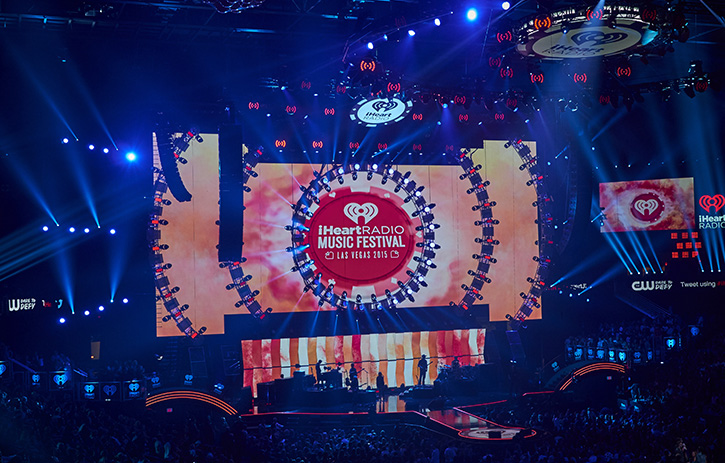 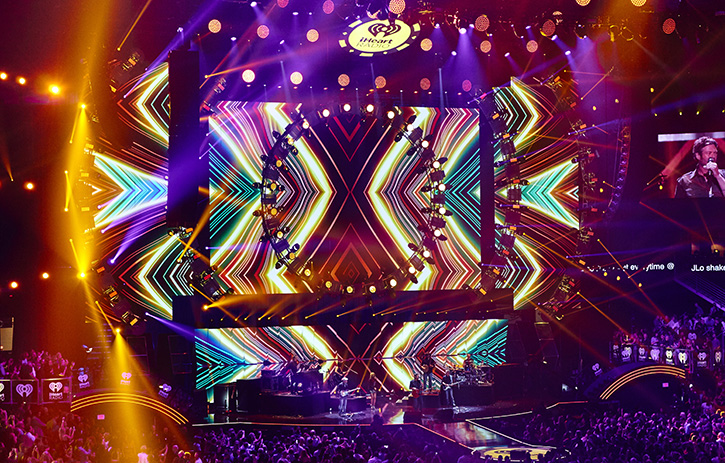 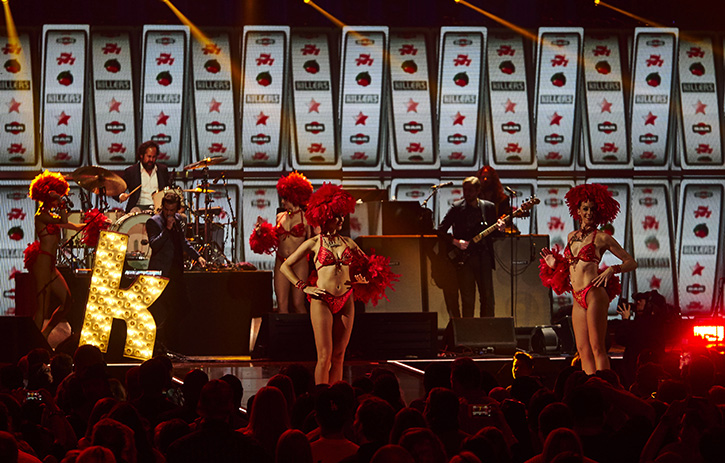 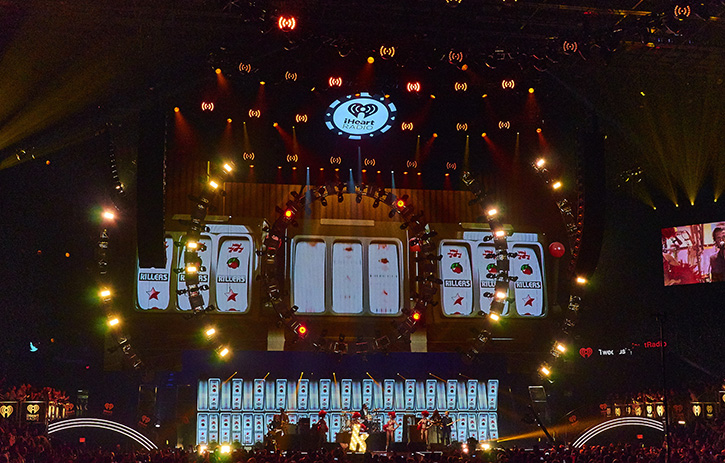 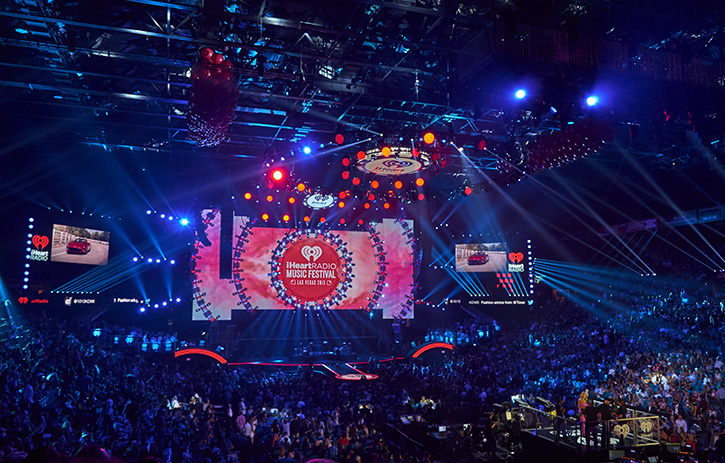 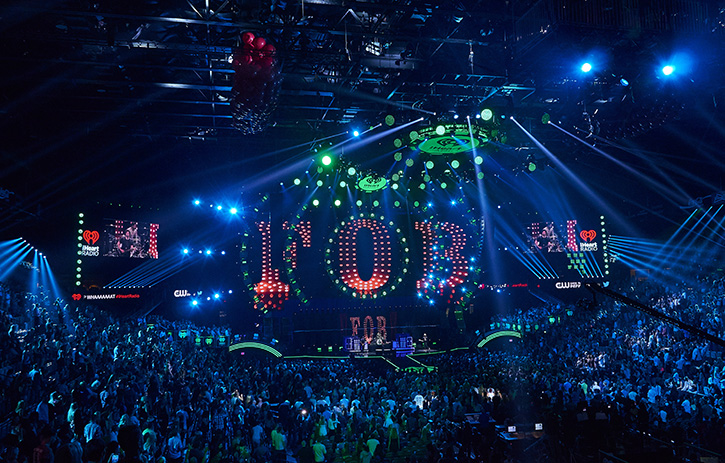 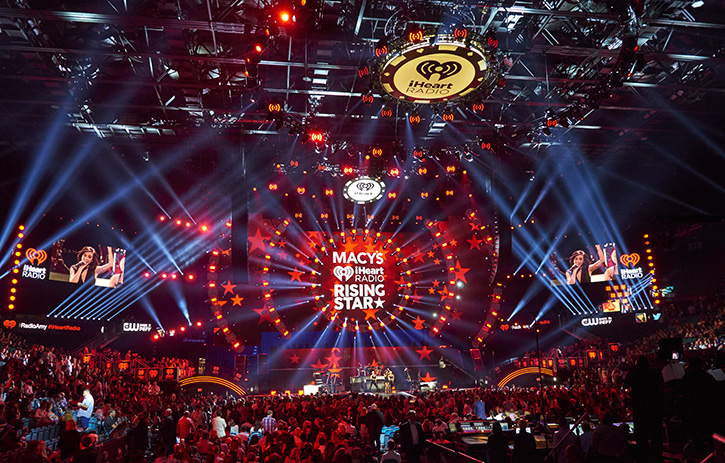 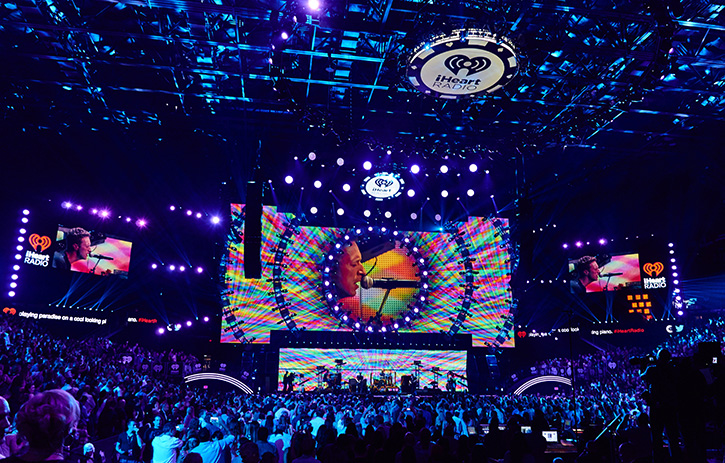 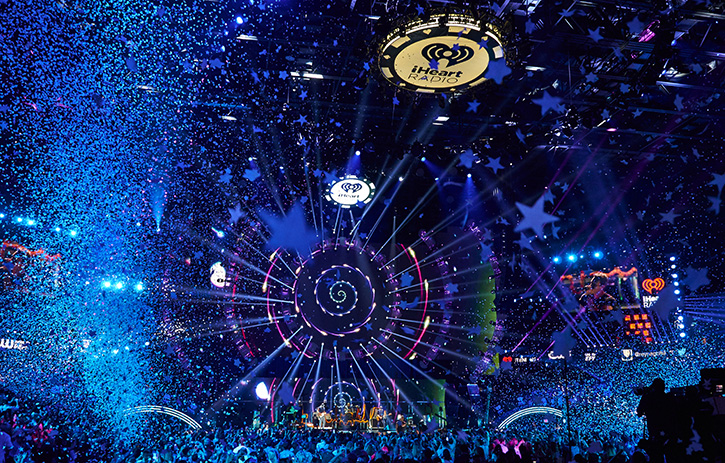 Tom McPhillips and team faced the challenge of making this year’s festival even bigger and better than the smashing success from 2014. The client, artists and fans loved the “dice wall” made of video tiles in 2014. To top that, McPhillips created a new focal point, the mirrored video tile wall reminiscent of a slot machine. This year, the zigzag pattern of the video tile, paired with mirrors, created the illusion of the video content floating in space across the stage.

The main look of iHeartRadio Music Festival was all based on the iHeart logo with a dash of Vegas thrown in the mix. Our set construction team built and delivered the vision of our design team and the client. A massive festival like this wouldn’t be possible without  amazing clients and partners like DPS (shout out to Event Producer Dan Parise and Site Coordinator Dave Meyers), Darren Pfeffer and John Sykes of iHeartMedia, Lighting Designer Tom Kenny, Bryan Klunder, VER Lighting and Video, All Access, and Production Rigger Carsten Weiss.