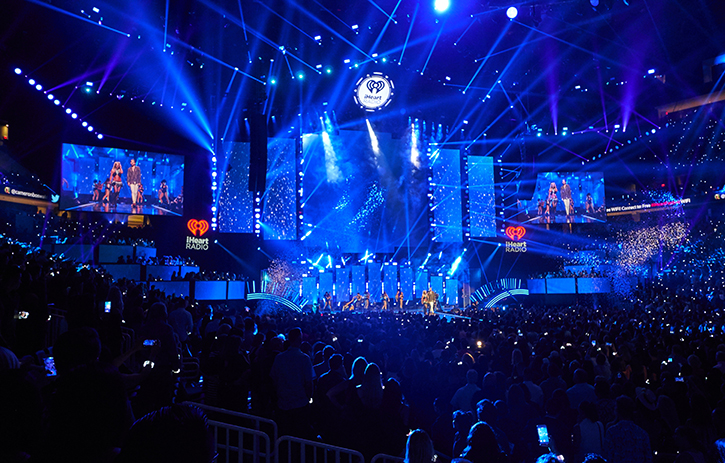 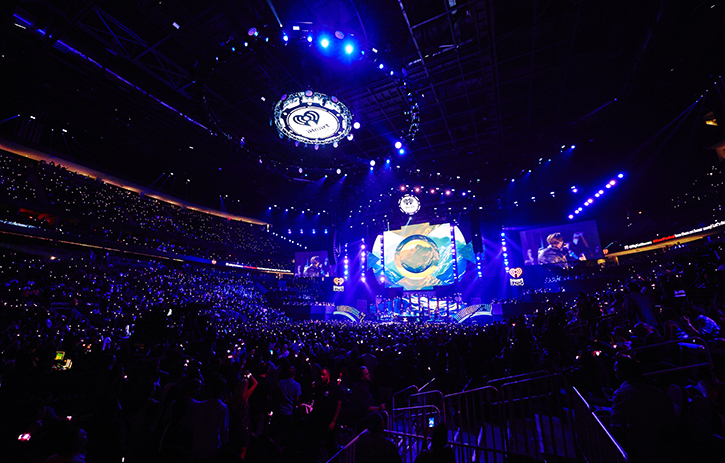 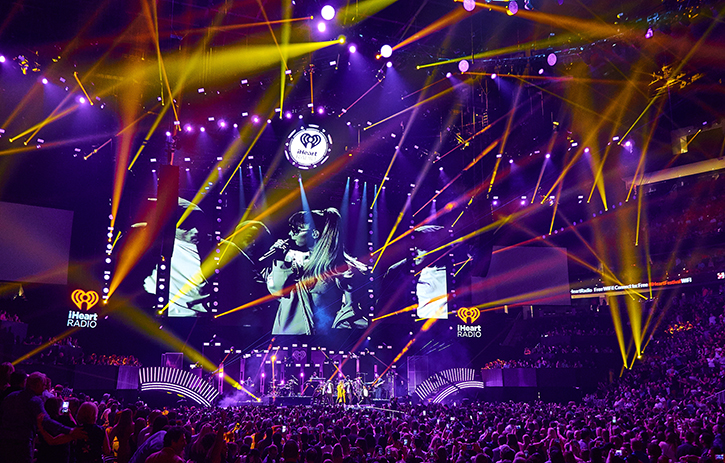 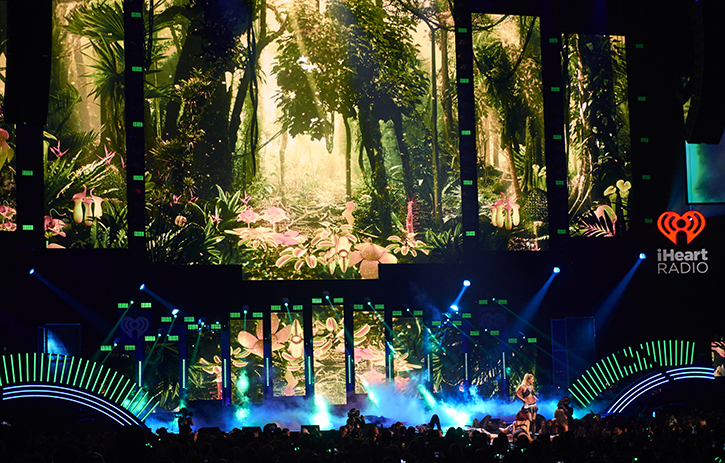 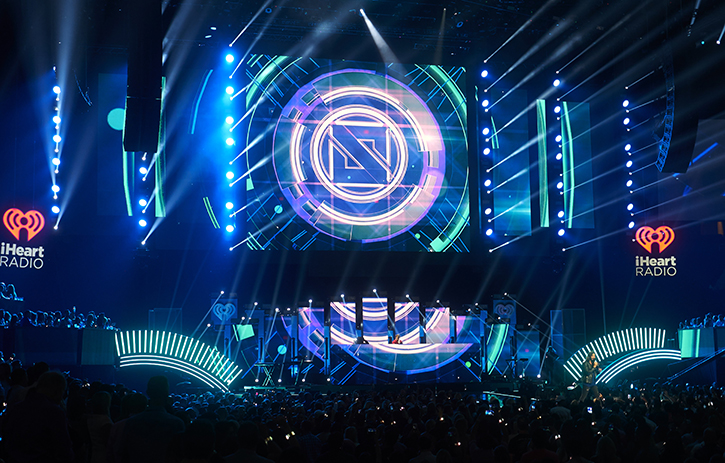 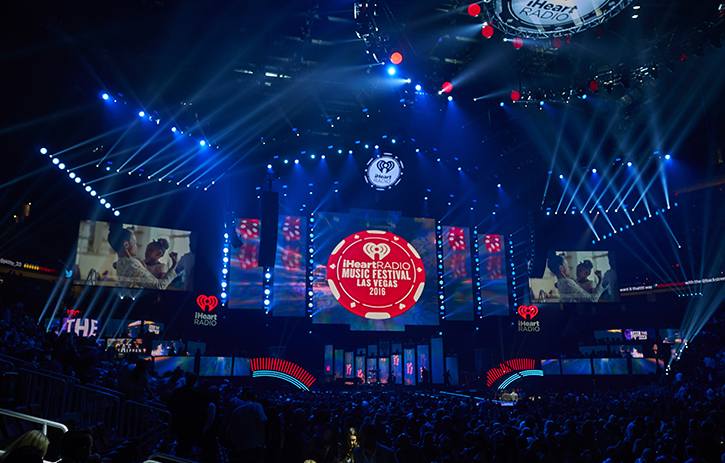 Maximum luxury and exclusive sensation are what fans experienced at the 2016 iHeartRadio Music Festival. With performances by artists such as Usher, Brittney Spears, U2 and many more, the brand new T Mobile Arena was poppin’ with good music, lots of fans and a stunning stage which was yet again designed and built by team ATOMIC.

With a combination of newly designed scenery and a few familiar pieces, designer Tom McPhillips and his team were eager to get to work designing the astounding two-day concert in Las Vegas. The turntable wall from 2015 returned to the stage as the focal point with a new look. With video tiles applied on one side, corrugated fascia panels were applied to the other side giving the stage a sleek look. Aside from the turntable wall, the team also created the stage flooring, VIP bridges, DJ desk and the VIP area which included the railing, flooring and bars. To top it all off, the ATOMIC power department was put to the test trimming the stage in LED, affixing blade LED’s to both VIP bridges and lighting the existing iHeart logo boxes and flown poker chip.

Overall the design for the iHeartRadio Music Festival 2016 raised the bar yet again and wouldn’t be possible without our superb clients and partners including DPS, iHeart Media, All Access, VER and C2W Rigging.