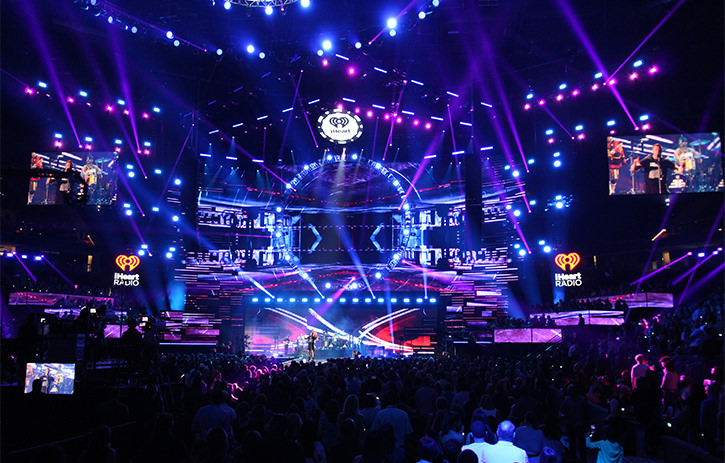 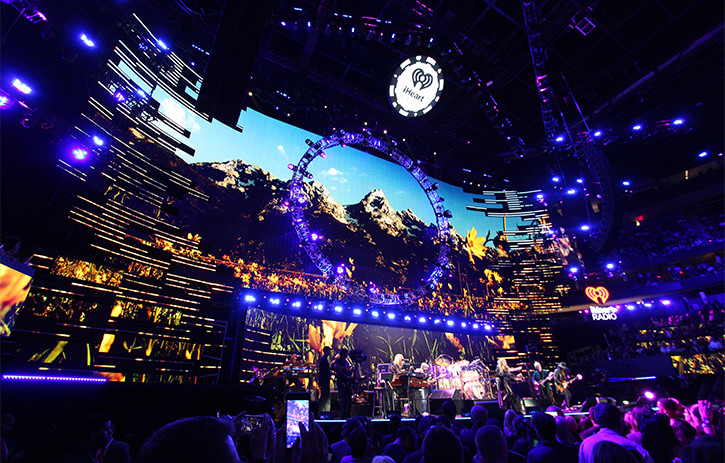 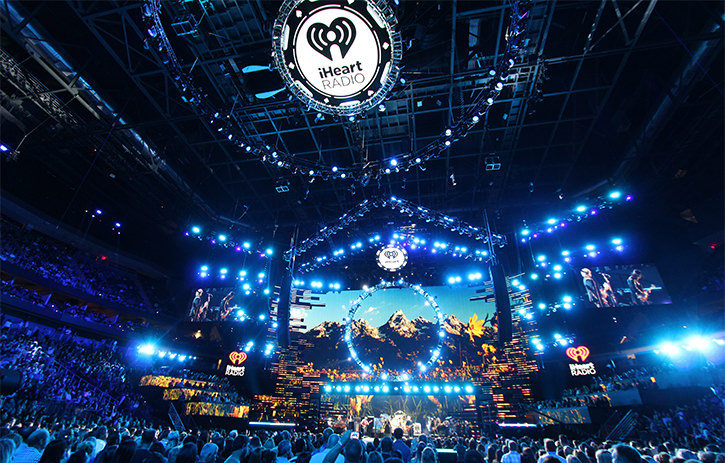 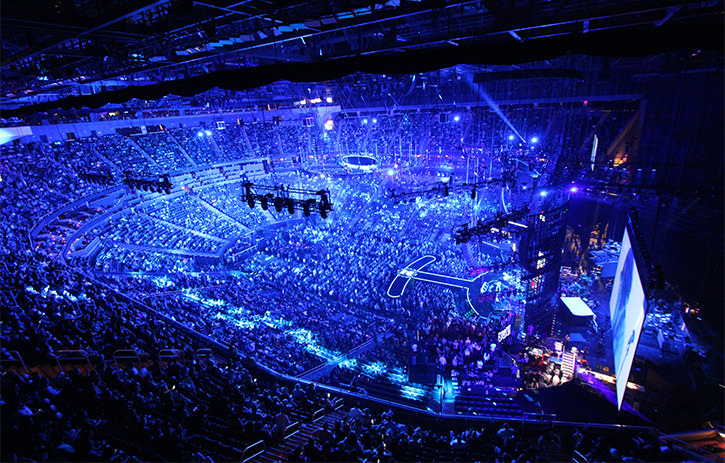 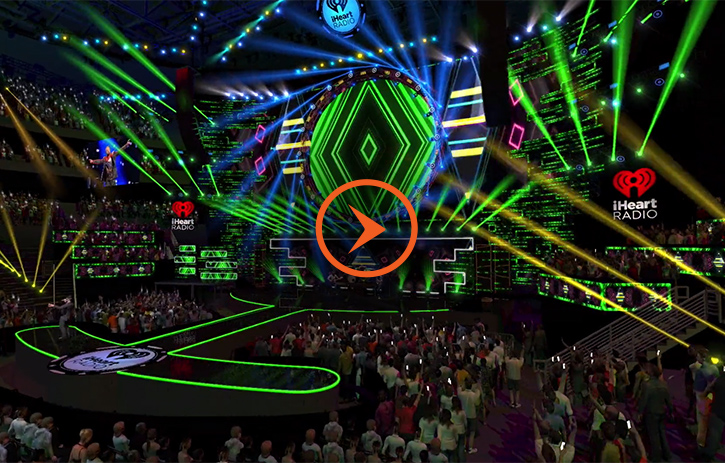 Click to watch the design in action in this flythrough rendering! 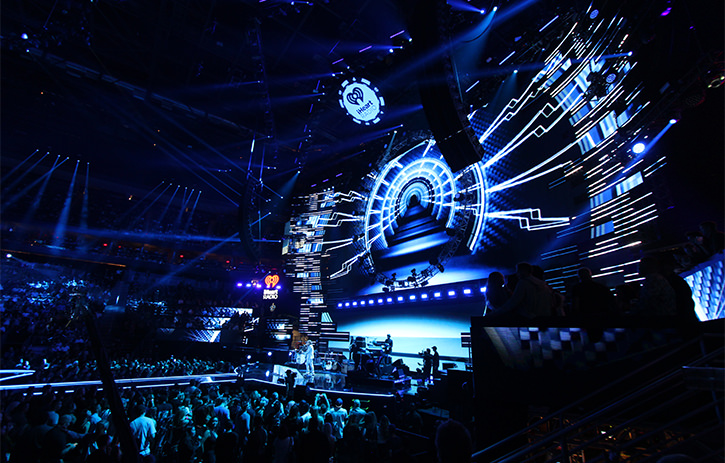 The 2018 iHeartRadio Music Festival kicked off on the Vegas strip with its 8th annual event featuring hours of entertainment spread across the two-evening concert.  This year’s festival showcased some of the best artists in the genre with performances by Carrie Underwood, Justin Timberlake, Mariah Carey, Shawn Mendes and many more.

ATOMIC Designer Charlie Cook kicked off the design side of this project working months ahead of time creating realistic renderings and flythrough animations (click here to see!). The design included the largest video wall in this event’s history, curved across the stage with integrated video blades affixed to the wall and mapped to each other. An added host position allowed for smoother production, pulling it off stage and built above fire lanes creating a tunnel while still meeting fire codes and giving more space.

Similar to last year’s event, a graphic poker chip was flown over the set and tiered VIP seating was included on both sides fo the stage. This year, the VIP railings included video tiles, helping to include the VIP area into the show look. Brand new to this year’s event, an anchor shaped stage expanded into the audience, adding a new general admission floor seating area. The stage was all lined in LED adding a unique look to the set.

Overall, it was a blast working with the team again on this mega-fun event and wouldn’t be possible without our fantastic client and partners: DPS, iHeart Media, All Access, Solotech, C2W Rigging, Pyrotek, 4Wall and our good friend Tom Kenny and his A-class team of programmers!