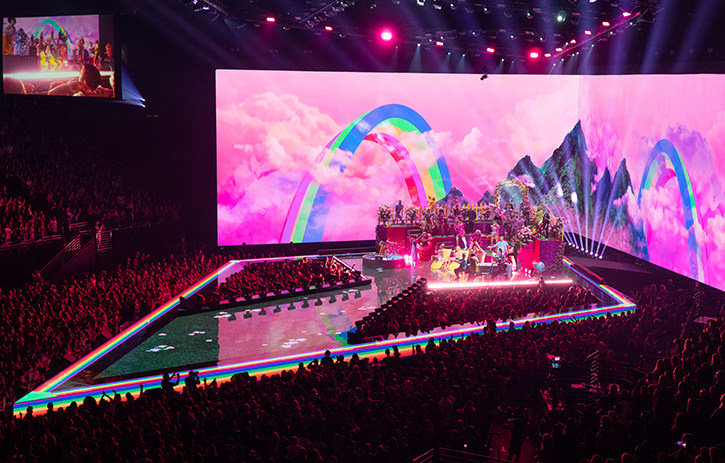 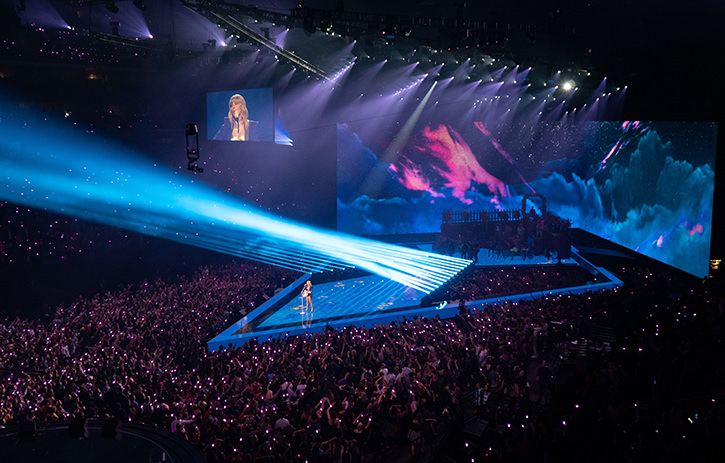 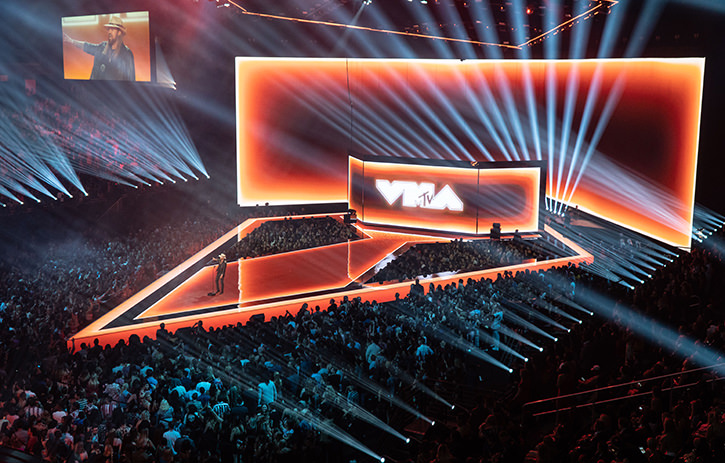 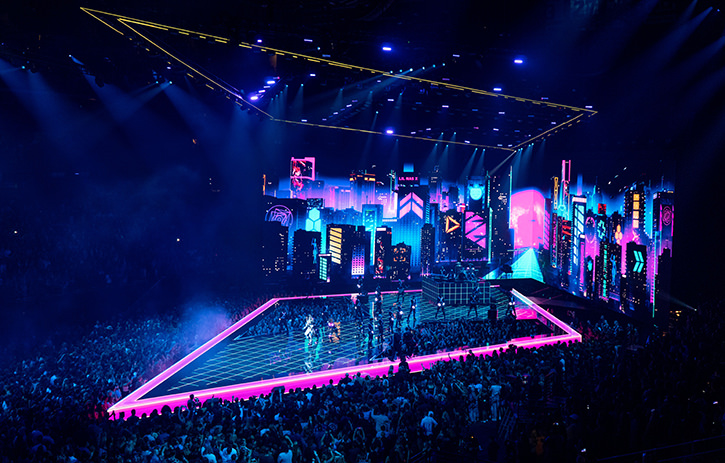 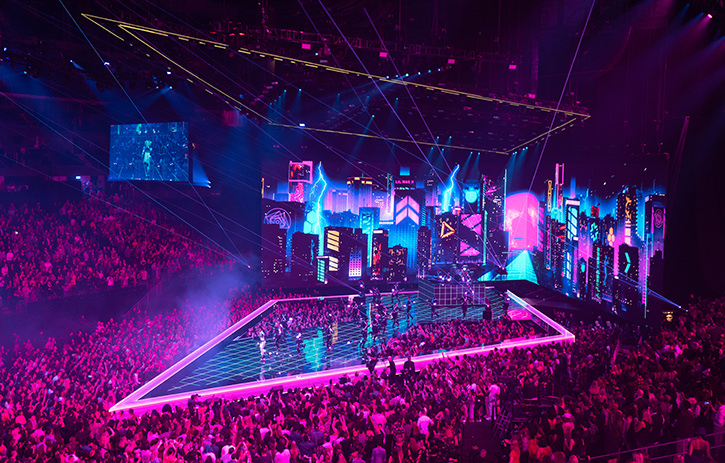 Normani performs at the 2019 VMAs 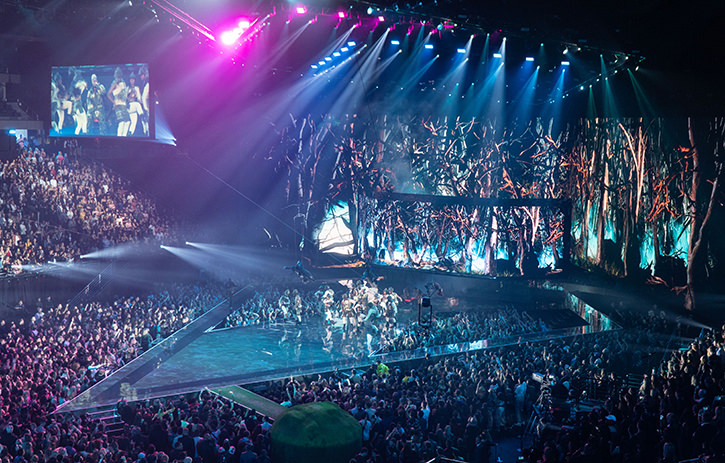 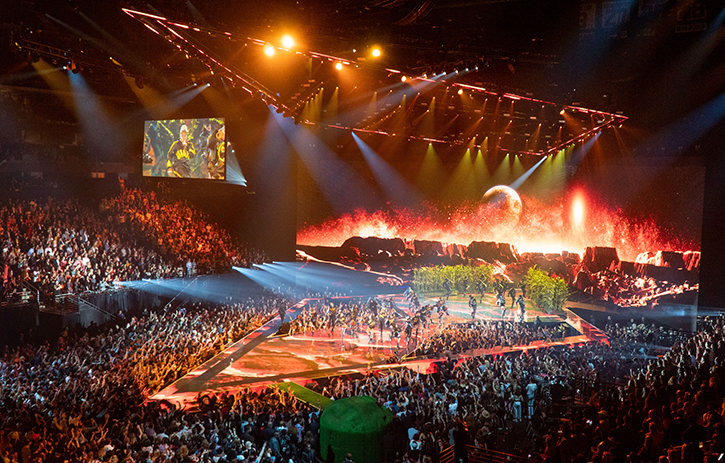 Missy Elliot performing at the VMAs 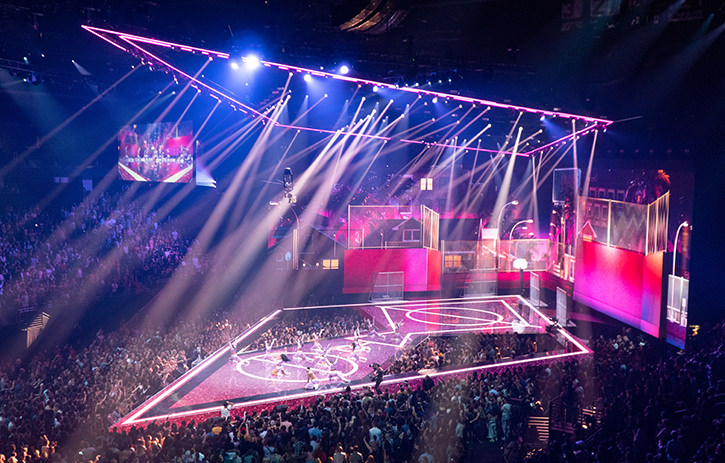 Team ATOMIC was thrilled to be part of the MTV Video Music Awards in August 2019. Reuniting with Art Director Matt Steinbrenner and Designer Julio Himede, our Set Construction brought the VMAs to life at the Prudential Center in Newark, NJ. The theme of ATOMIC’s job was “seamless” – creating a giant, seamless video floor and building supports for the video tiles and integration through the entire set – all connecting perfectly. The Set Construction team built the diamond-shaped main stage with custom decks and integrated video tiles. They also fabricated a neon tunnel with Fuse video products built into the structure. The Power Department was hard at work installing LEDs in the floor, ceiling, and mosh stage, including all the railings and finishes throughout the set.

After months of working with the VMAs team on the main stage, we received two last-minute calls to build the band looks for Missy Elliott and Lil Nas X. We built the mirrored video set for Missy Elliott and the band platforms and video fascia for Lil Nas X in less than two weeks. Just shy of 5 million viewers, the VMA performances came alive on screen with some augmented reality enhancement (did you see Missy Elliott’s dancers fly into a saucer??). The night’s stellar performances were stacked with current and veteran musicians alike.