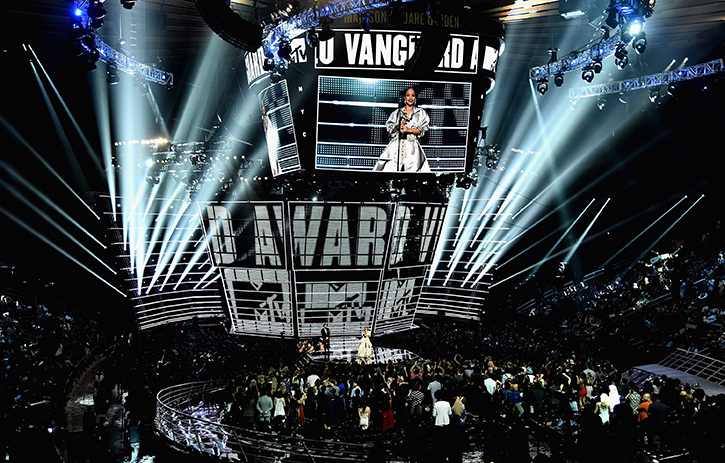 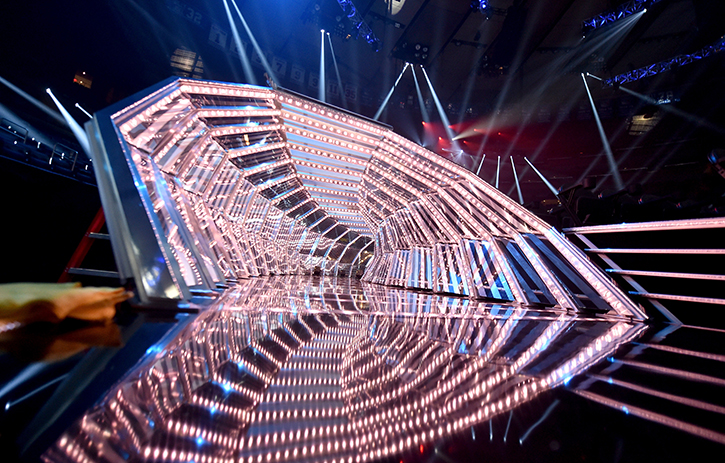 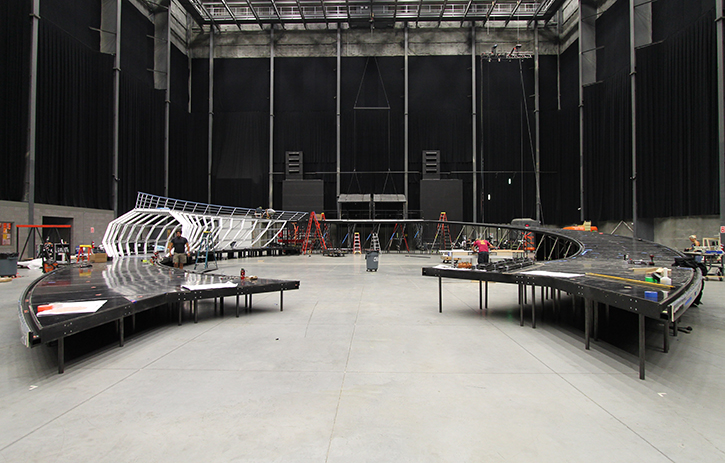 A view of the ramp and tunnel being built by ATOMIC in ROCK LITITZ STUDIO. 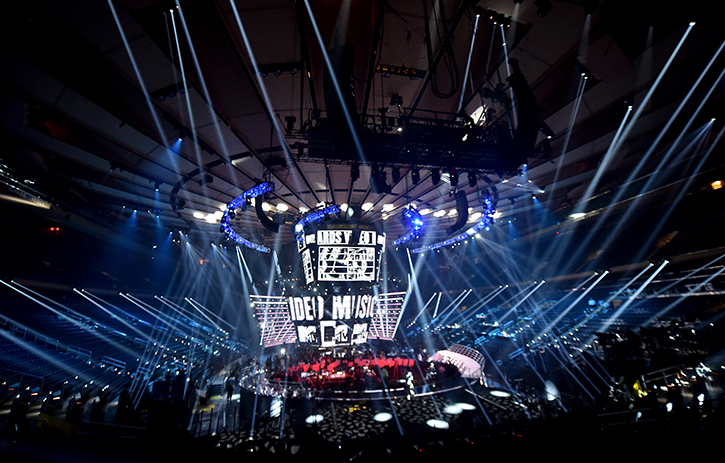 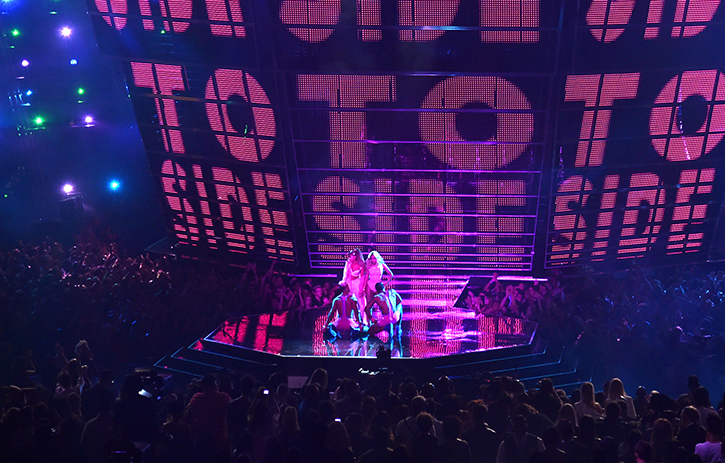 Live entertainment by Rhianna, Britney and so many stars, awards for some of the most talented music artists including Queen Bey, and a stage providing WOW-factor –that’s what viewers saw when tuning in to the 2016 MTV Video Music Awards, and the ATOMIC Set Construction team was elated to be a part of it.

Held in the vast venue of Madison Square Garden in New York City, ATOMIC provided many scenic elements throughout the showground. The enormous octagon shaped mainstage was made up of 48 platforms, which were 48’ wide in all directions and sat 9’ high off of the arena floor with help from sub frame decks provided by All Access. Along with the staging, ATOMIC also built a 90’ long ramp that curved around the stage passing the VIP area along with large wing walls that were built on either side of the mainstage to support hundreds of blade LED lights. And did you catch a glimpse of that funky LED lite tunnel? ATOMIC’s Metal and Power Departments accepted the challenge to build that mammoth with aluminum welded at intense angles and fully loaded with RGB Lights’ FlexiFlex LED strings on the interior and LED tape on the exterior. ATOMIC knew that cameras would be closing in on the tunnel as performers entered the arena, which meant attention to detail was key. As with every show, all elements were fully teched (this time, right next door at Rock Lititz Studio) to be sure that all of the parts and pieces would load in with ease and perform beautifully.

In all, the 2016 MTV VMA’s were a huge success with great performances and scenery that made an impact. Shout out to all involved in the process in building such a great show, it was certainly one to remember!