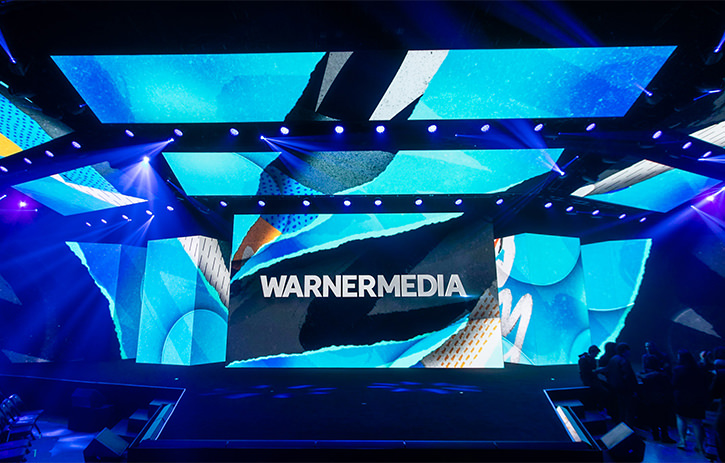 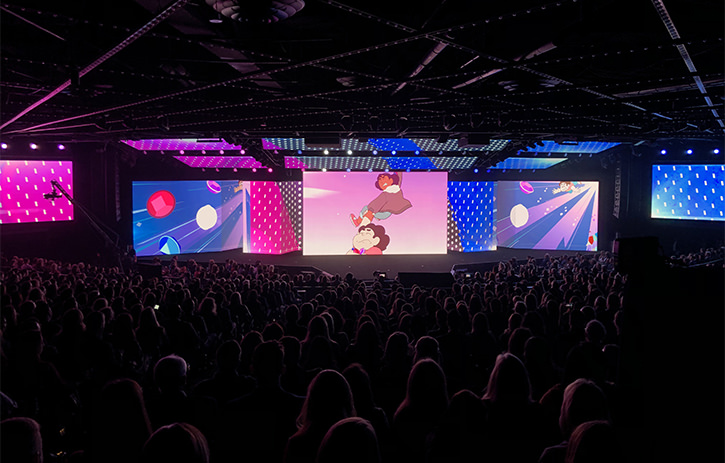 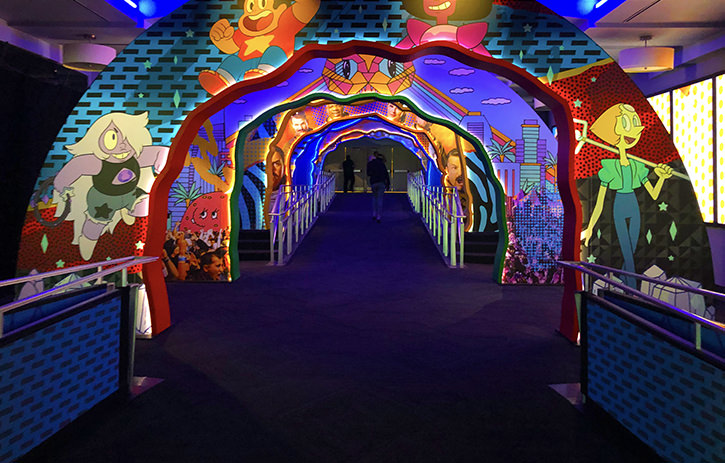 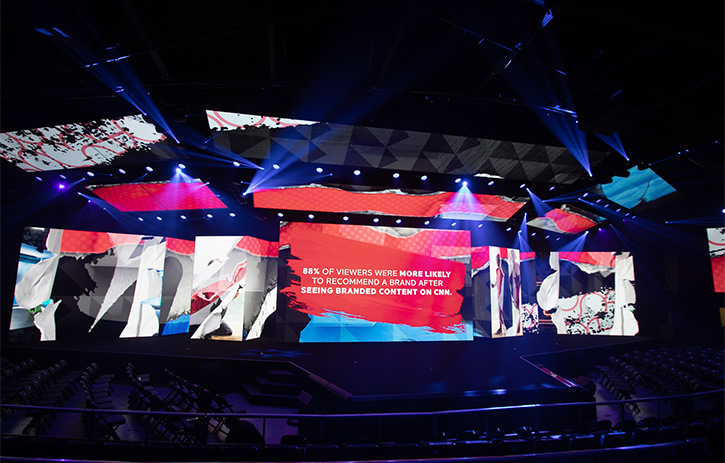 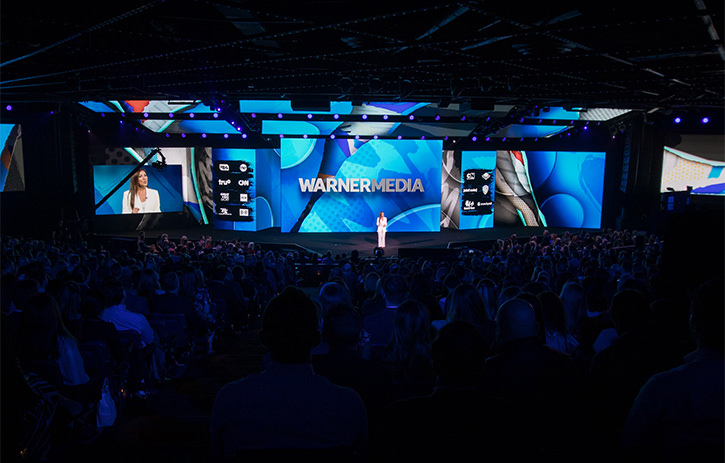 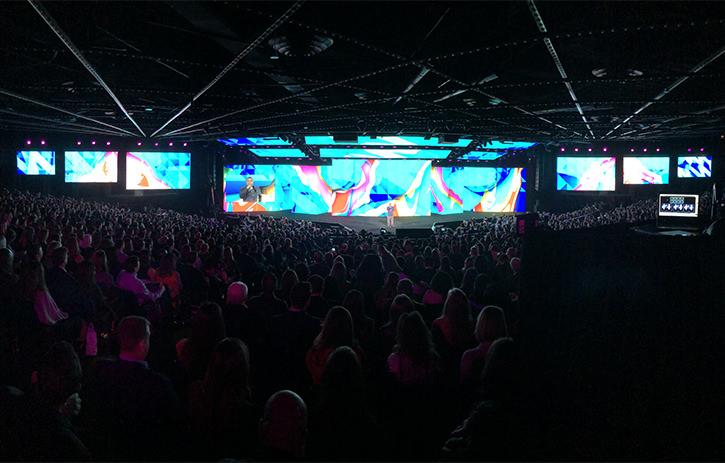 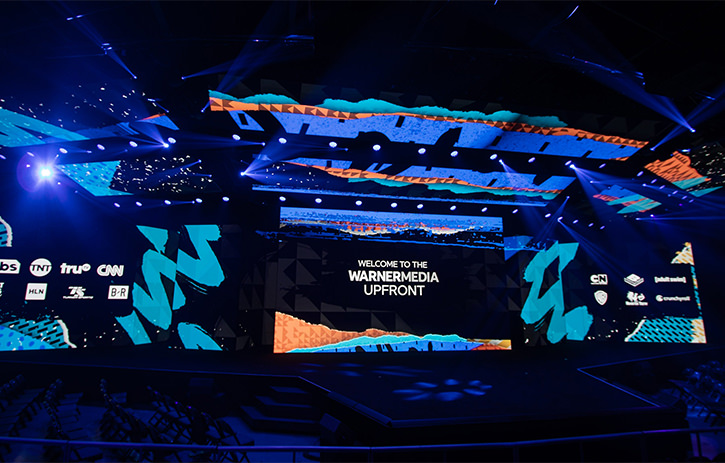 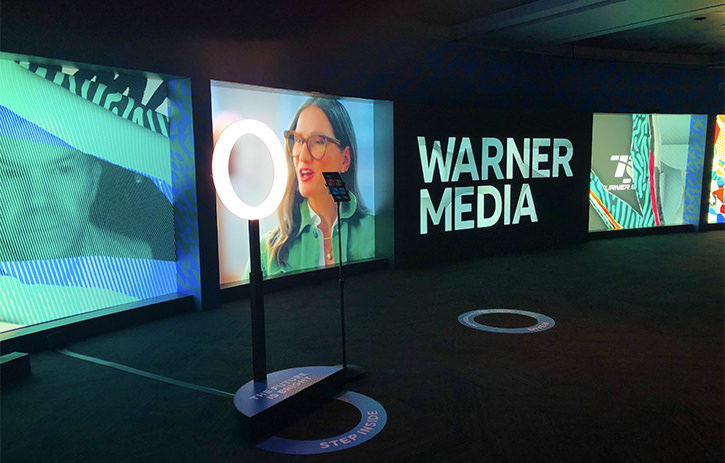 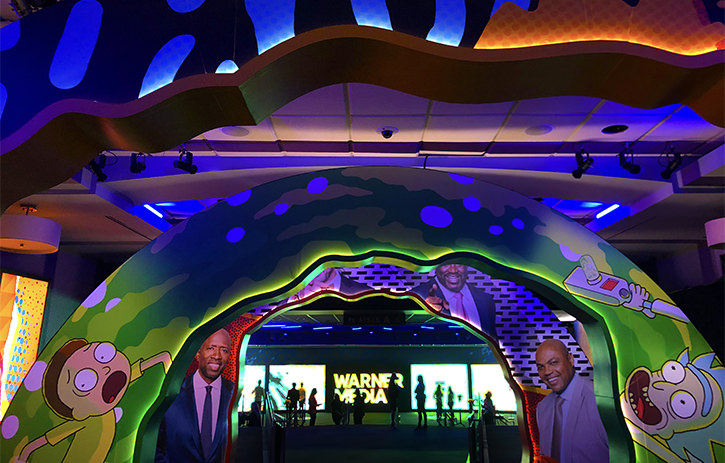 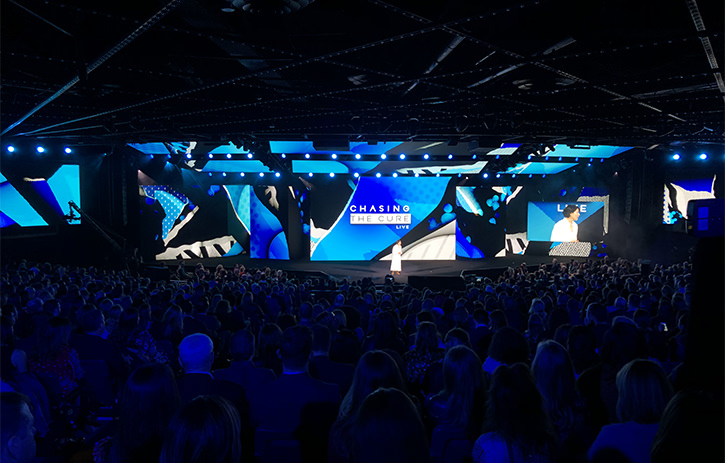 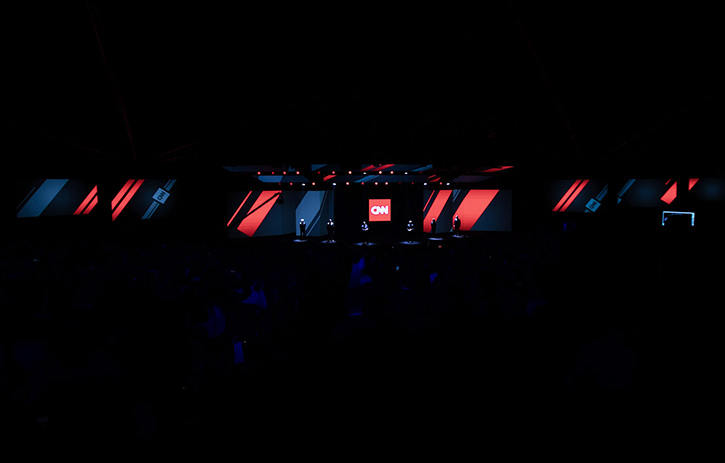 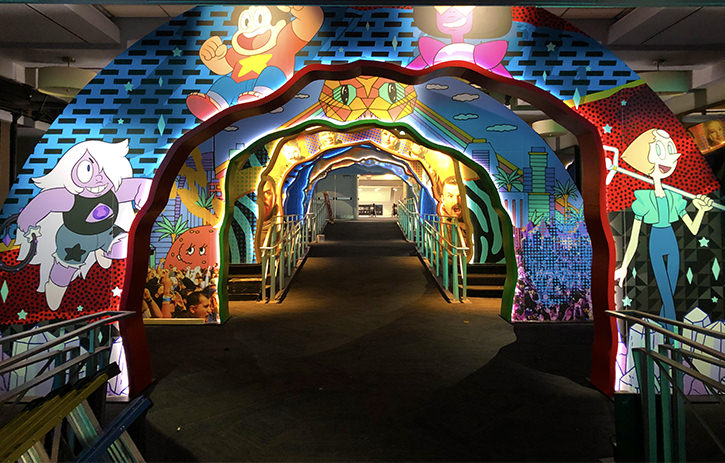 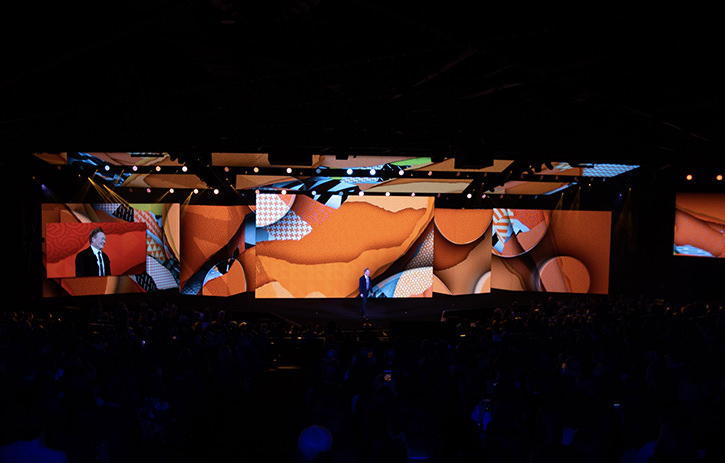 After 16 years of producing, designing, and building the experience that is the Turner Upfront, ATOMIC had the privilege of continuing its relationship into the brand’s new future as WarnerMedia. Returning to the Theatre at Madison Square Garden, ATOMIC Producers Lauren Brignone and Michael Chico and Designer Mike Rhoads collaborated with Creative Director Brin Hill, Executive Producer Soren West, and creative agency Red Paper Heart to help introduce the WarnerMedia brand to the world.

This year, it was a team effort to create the kaleidoscope of color and content that greeted guests in the lobby, with contributions from Red Paper Heart, ATOMIC Design Services, Stellar Hawk, Core Studio and WarnerMedia, all of which was expertly realized by the ATOMIC Set Construction team that has installations in the theater lobby down to a science. A steady stream of eager attendees jumped right into the Upfront action by passing under eight massive LED-lit arches before entering the main lobby half-circle. Pairs of interactive experiences provided pre-show entertainment, offering guests the opportunity to take unique selfies with special filters and custom light rings, or get in some light early morning exercise by using motion tracking technology to slash through colorful patterns and talent images to reveal short clips from all the networks’ most popular brands.

Moving into the theater, attendees were stunned by one of the most visually immersive and technically complicated Upfront experiences to date. With a design by ATOMIC’s Mike Rhoads that pushed the limits of physics, the stage featured 116’ of video screen, flanked by video “wings” that extended into the audience’s peripherals. On top of that, the theater’s ceiling was covered in video tile “clouds,” hung by a staggering 150 rigging points. The end result was a breathtakingly immersive experience that transported attendees from their seat into the brand’s exciting content.

As you can imagine, it takes a small army to bring such a successful and entertaining endeavor to fruition. ATOMIC would like to thank the team at WarnerMedia, our longtime client-partner in this venture, and the rest of the team:  Soren West Agency, Red Paper Heart, Luminous FX, World Stage, 4Wall, Firehouse, CassidyRig, Earlybird Visual, Fabian Yeager, Eidetic, and Theatrical Resources. Special thanks to our hosts at Madison Square Garden. A big thanks also to our vendors including: AAA Communications, Avalon, Dimitri Carpet, Drape Kings, FDNY, Holly Cislo, My Kitchen Witch, NYPD, Promptin’ Circumstance, Ron Reaves, Sandy Alexander, Two Dots, Verona Productions, and Winick Productions.