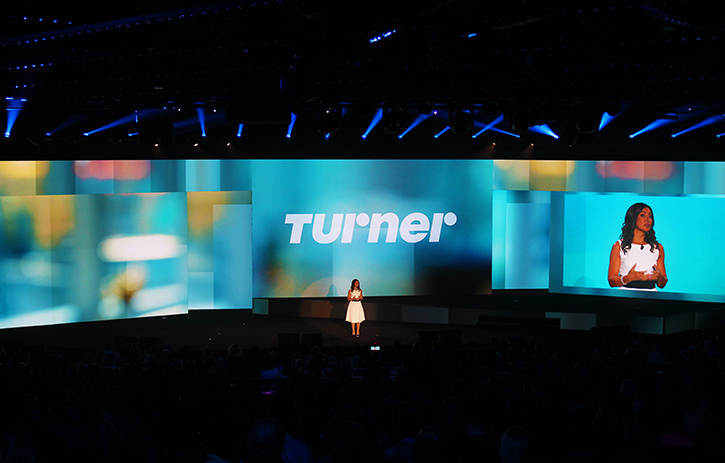 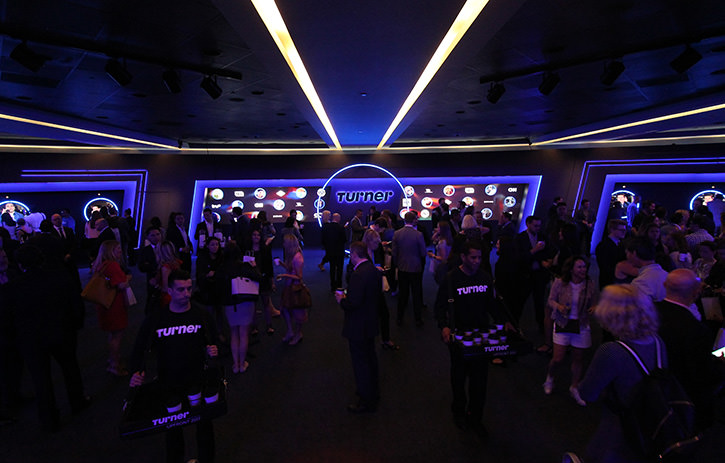 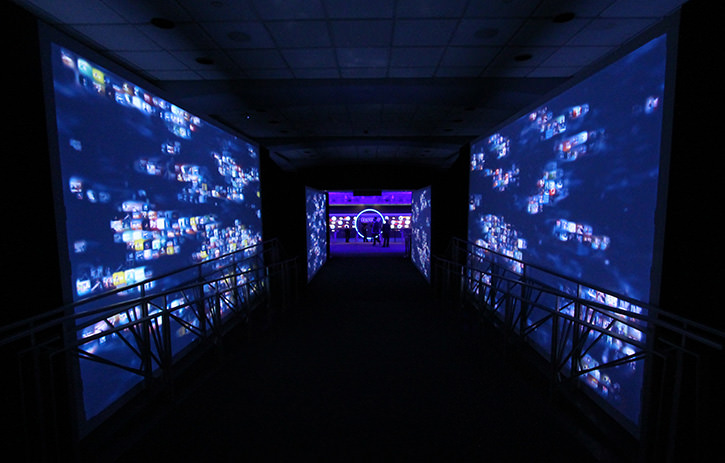 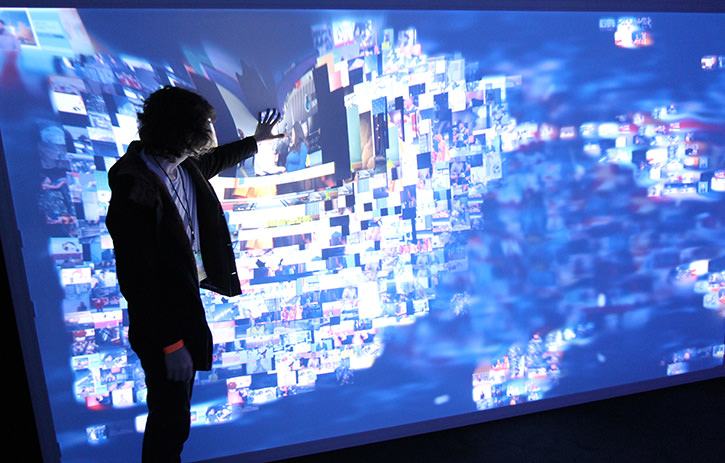 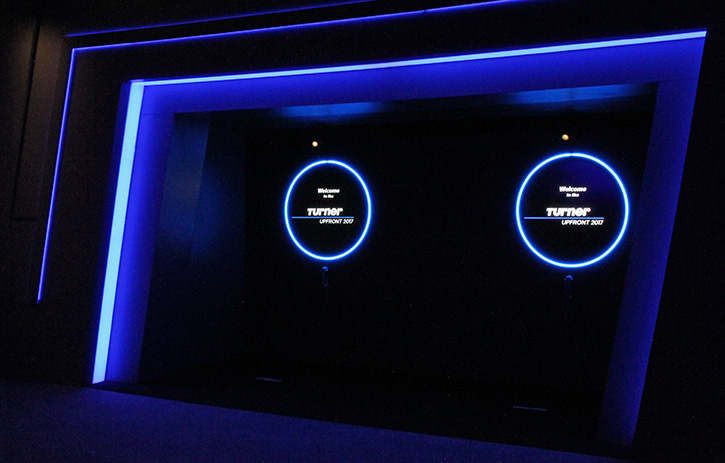 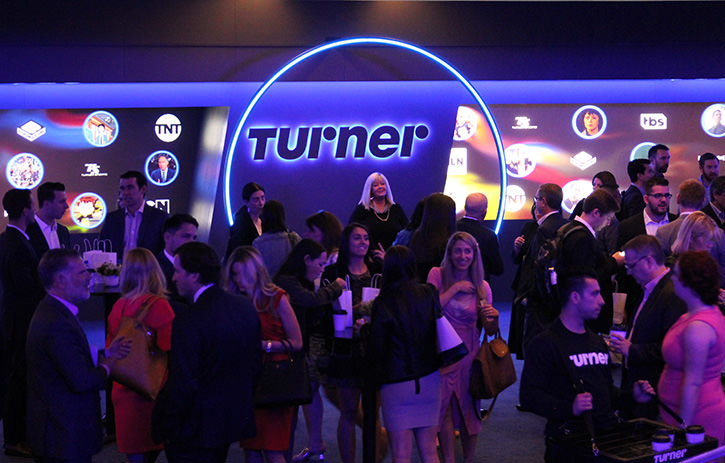 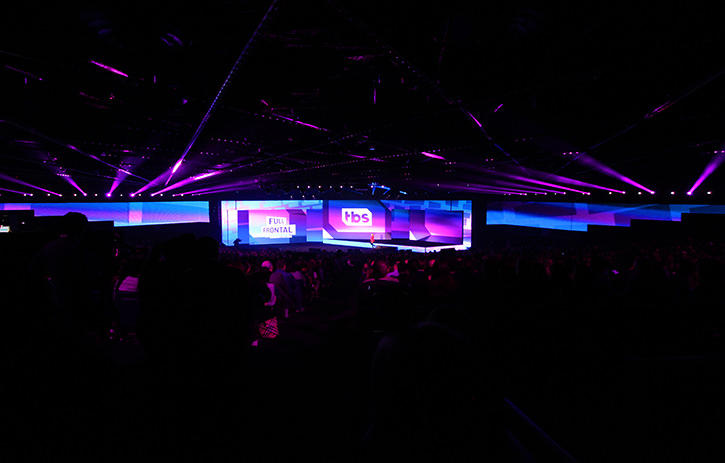 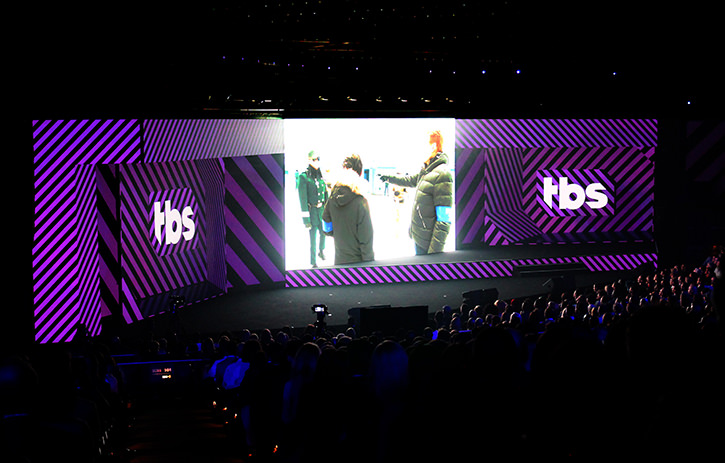 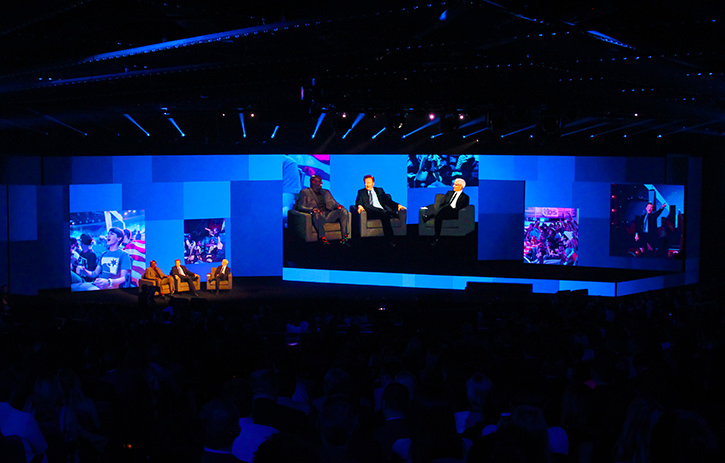 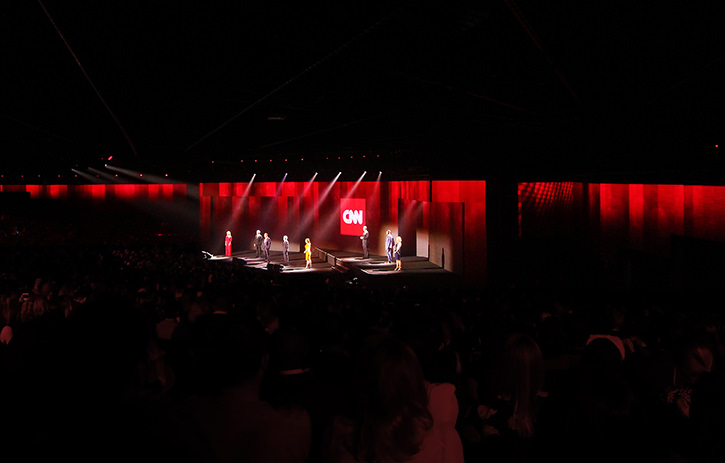 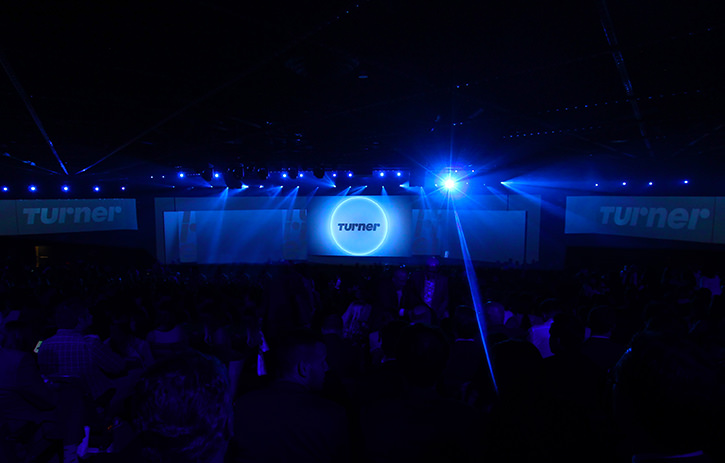 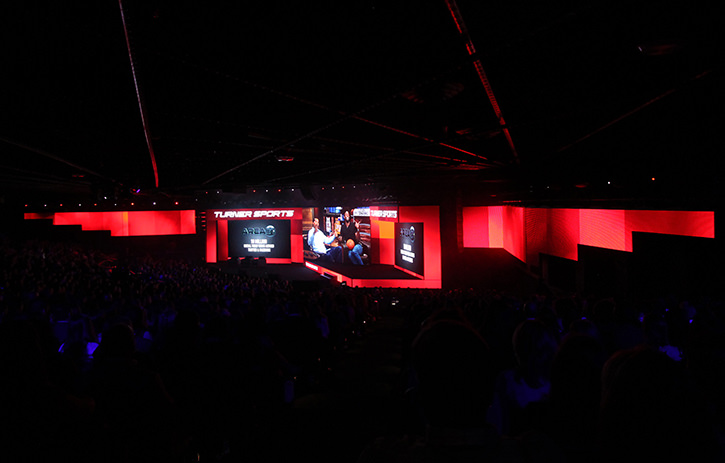 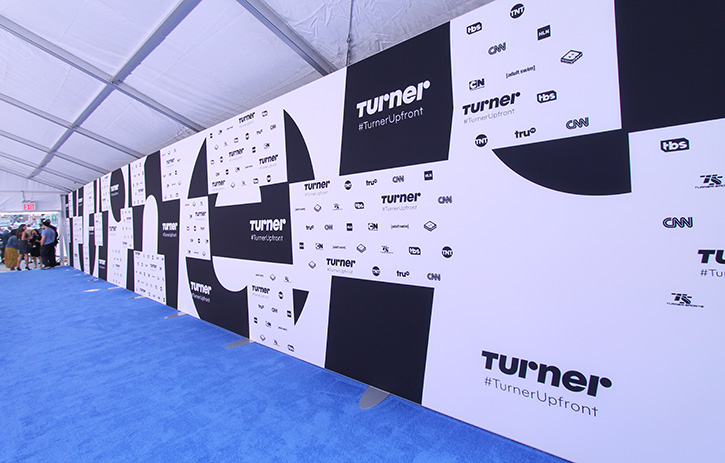 2017 Turner Upfront Step and Repeat outside of MSG in NYC

Immersive and experiential were the name of the game at the 2017 Turner Upfront. ATOMIC has produced and built the Turner Upfront for 15 years in a row, no kidding! This year Designer Taylor Jurell executed the immersive, impactful vision in the lobby while Designer Mike Rhoads realized the vision for the impressive main stage.

More than 3,000 attendees entered the Madison Square Garden Theatre lobby through “The River,” a tunnel of dream screens with Touchflex technology (click here to find out what the heck that means). “The River“ creators, Dave & Gabe, featured interactive Turner content on all the screens, creating a social shareable moment at the start of #TurnerUpfront2017

Adding to Turner’s vision for an experiential upfront were the “Talent Pods” created by ATOMIC. Guests could pick up a phone and talk face-to-face via video screen with the Turner celebrities that were hanging out in the green room, prior to the show.

Upon entering the theater, attendees were met with a non-traditional, asymmetrical stage designed by Rhoads. Continuing the immersive theme, 230-feet of LED screens stretched across the main stage and into the wings of the theater, leaving 90% of the audience surrounded by content. Rhoads took the LED canvas and designed a dynamic, multiple-level stage, with three “hero screens” that included entrances and exists on the stage, to create a variety of movement from the talent throughout the show.

The Turner Upfront was packed with celebrity appearances including Samantha Bee, Anthony Bourdain and the hilarious trio of Conan O’Brien, Anderson Cooper and Shaquille O’Neil. The majority of CNN’s reporting team appeared on stage in what’s being called “the most evocative moment of the 90-minute presentation” by Hollywood Reporter. Variety noted, “CNN’s brand power strikes a chord” during the Upfront when the lights dimmed, “fake news, fake news, fake news” was repeated through the sound system and the CNN cast walked on stage to deliver their powerful message. The correspondents stated, “Now, more than ever, our mission is clear; the press needs to be there and be worthy to protect our amendment; we aren’t liberal and we aren’t conservative. We are reporters.”