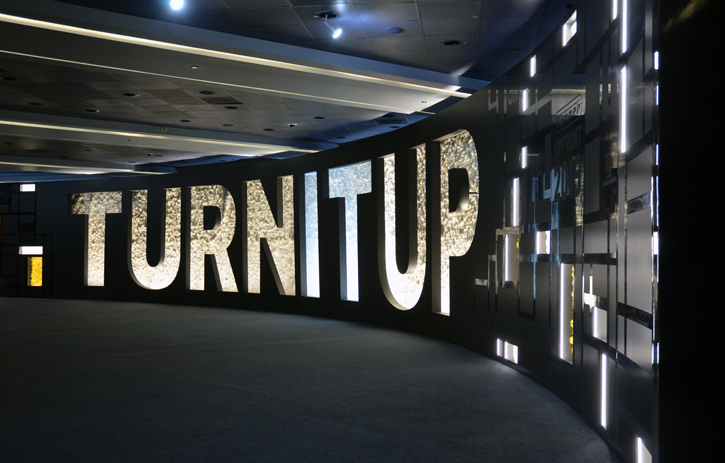 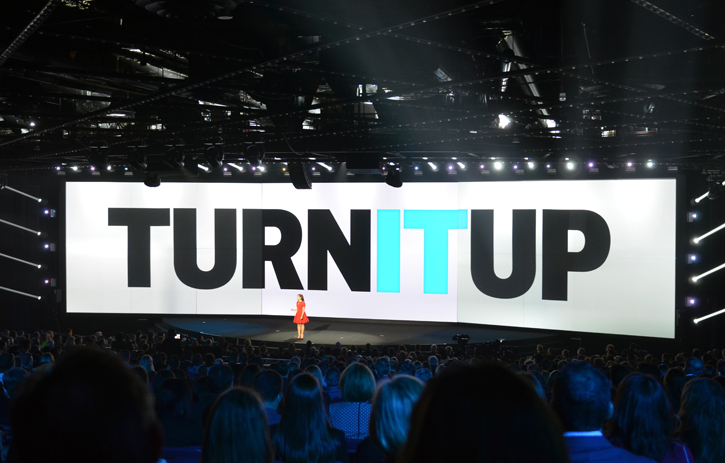 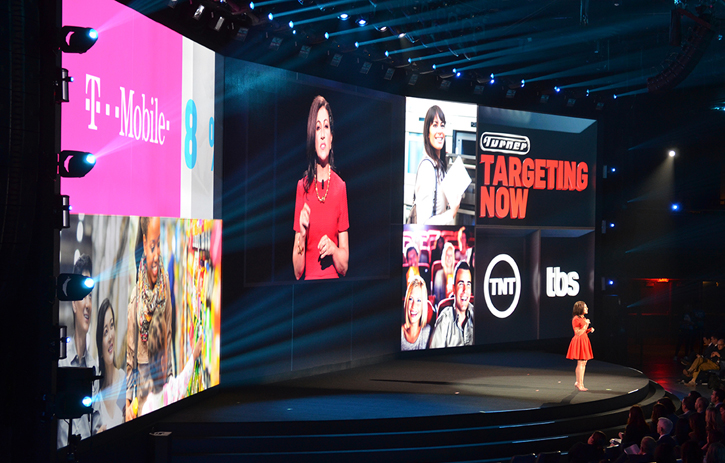 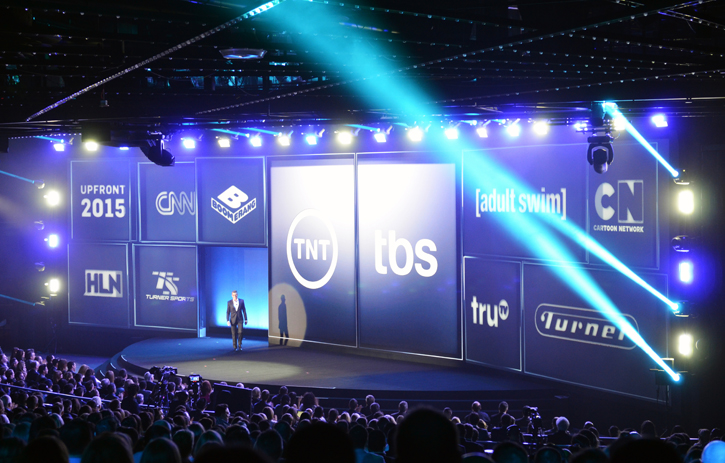 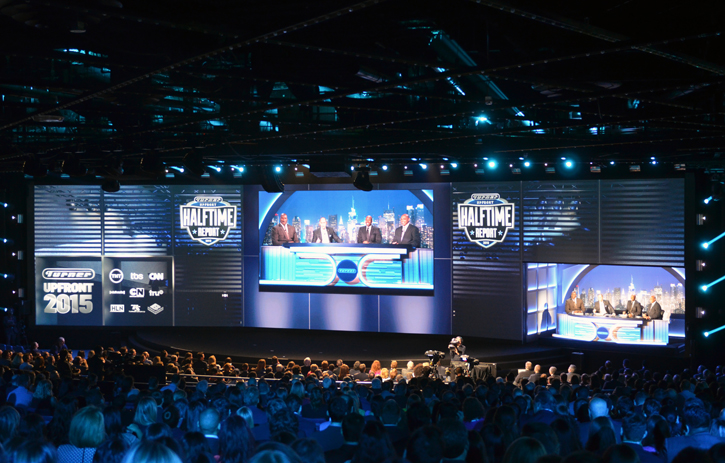 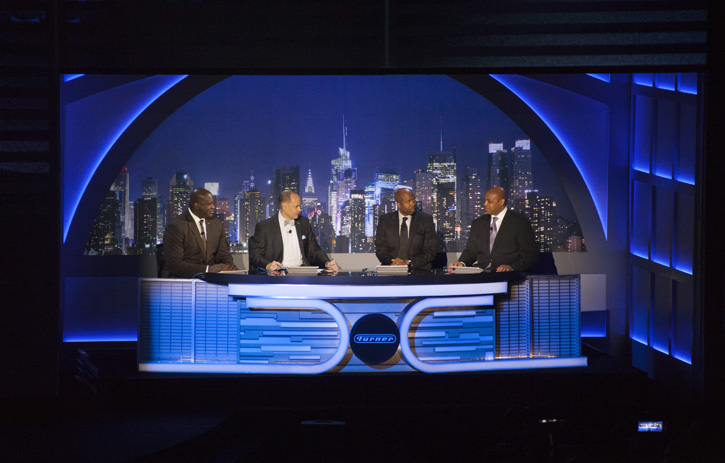 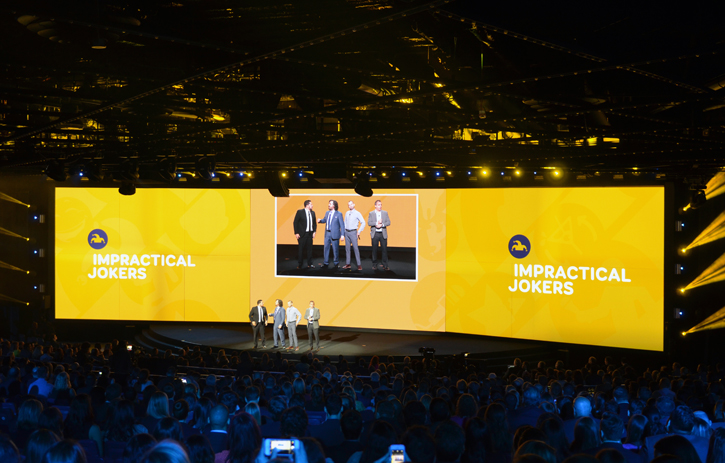 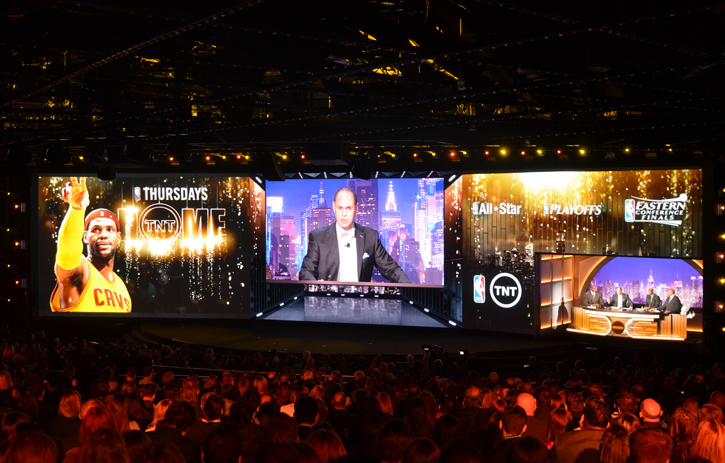 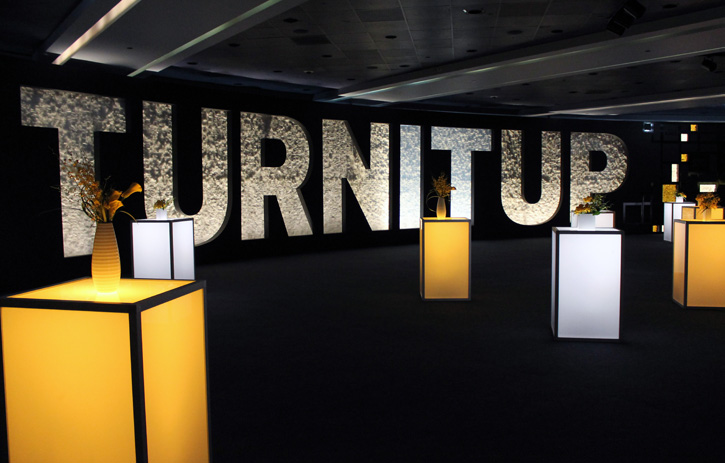 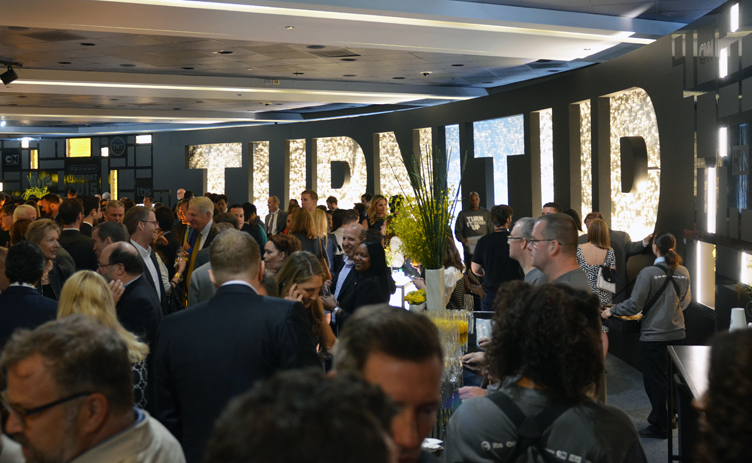 The creative helm was manned by ATOMIC designer Mike Rhoads and PEDG, who designed a black-on-black look for the lobby and stage, a pure Mondrian inspiration.  The result was a cohesive look that helped make the major rebrand for the Turner Upfront possible. The network unveiled all of their channels under one umbrella with a cool, desirable vibe.

The lobby featured the black-on-black graphics highlighted by white chrysanthemums and yellow protea flowers built into the graphic walls. The MSG Theatre lobby was not only utilized for the opening reception, it was transformed during the show to serve as a club/lounge area for a post-show reception as well. Simple but bold, the lobby also featured Gossamer SuperZipper as the focal point backing the Upfront’s catchphrase “TurnITUp.”

From content creation to green room set up to show production, ATOMIC got its hands dirty. The content was bright, bold and fast, featuring all Turner channels in a 90 minute show. Our Set Construction team built a 90’ x 20’ front projection wall on stage with two hidden, seamless sliding doors for speakers to enter and exit on stage as well as a revealing the TNT Sportscasters that hosted the show. The side walls were built to match the center video wall and sat at 15 degree angles, creating the WOW factor the audience demands. The Turner Upfront was a seamless immersive video experience, representing more brands than ever before throughout the show.