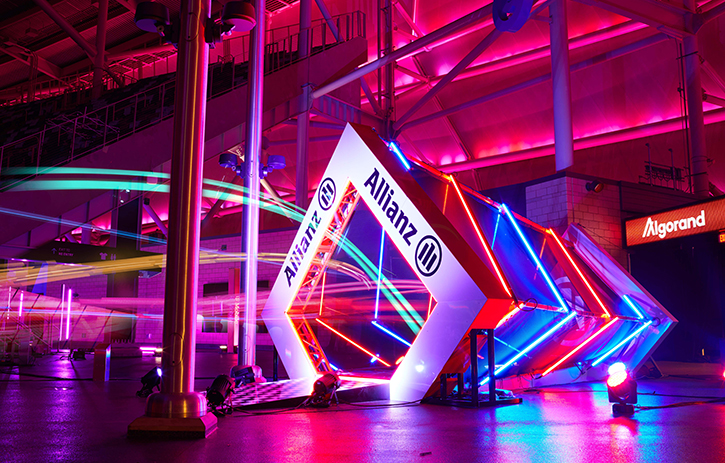 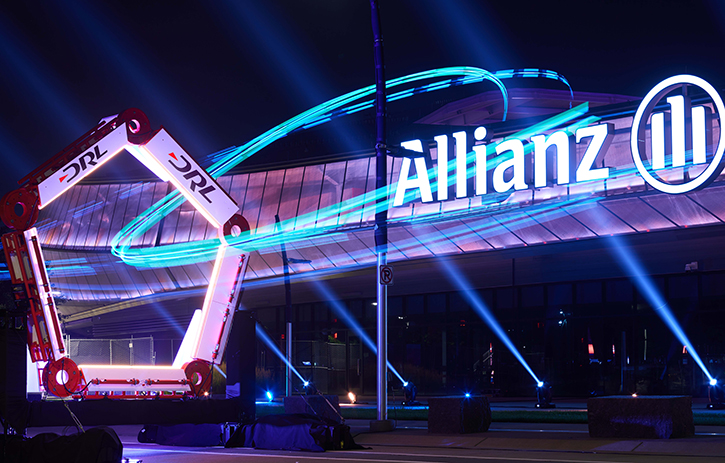 DRL Race at Allianz Field in St. Paul, Minnesota during the 2021-22 Season. 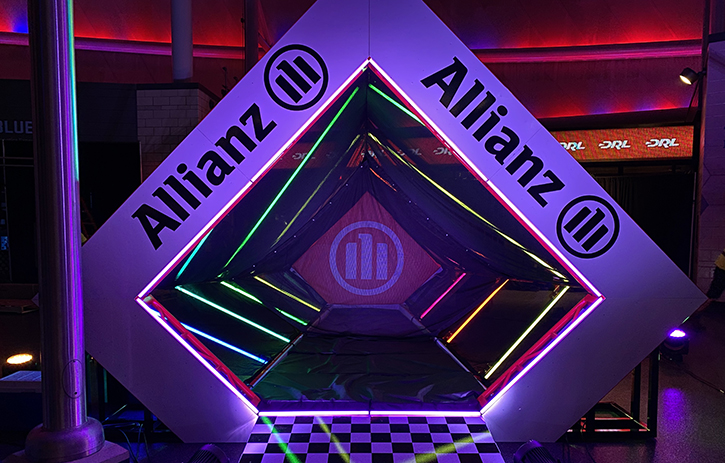 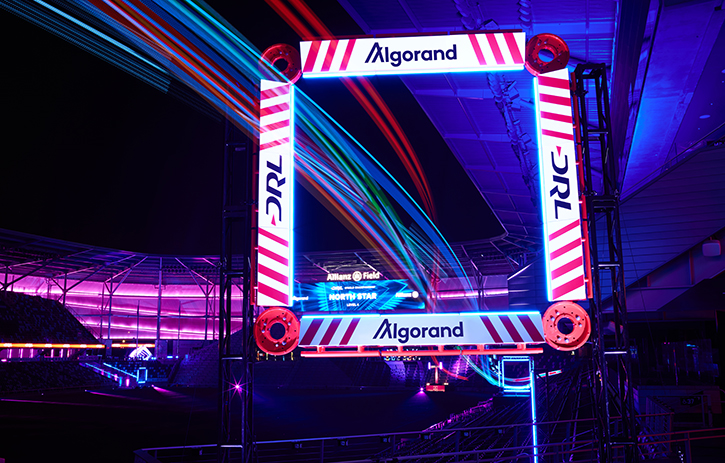 Algorand Shape Gate designed and built by ATOMIC for DRL

The Drone Racing League (DRL) is an international drone racing property that uses cutting-edge technology to create a never-been-seen before kind of competition. Highly skilled pilots race custom-built drones against one another throughout super intricate courses. The drones are typically decked out in LED lights and can travel up to 90 MPH!

ATOMIC was lucky enough to be a part of the excitement. For the ’21-‘22 Championship season, we designed and built a few course markers along with a set of modular pieces that were assembled to create a variety of shape gates, including a triangle, square, pentagon, and hexagon. The shape gates were often set up on truss towers for the drones to go through directly or served as slalom-style obstacles.

In addition to the shape gates, we built a pretty rad finish gate. The LED-laden, 12’ gate was the final stop of each race and a high-focus area – suitable for TV and live entertainment – plus built to breakdown quickly and travel lightly from course to course.

After all the excitement from last season, we’re looking forward to find out all the twists and turns they have in store for ’22-’23! Tune in on NBC, Twitter, or other sports broadcasting channels to get in on this new-age competition that blends real-life and virtual simulation into a whole lotta high-energy fun.