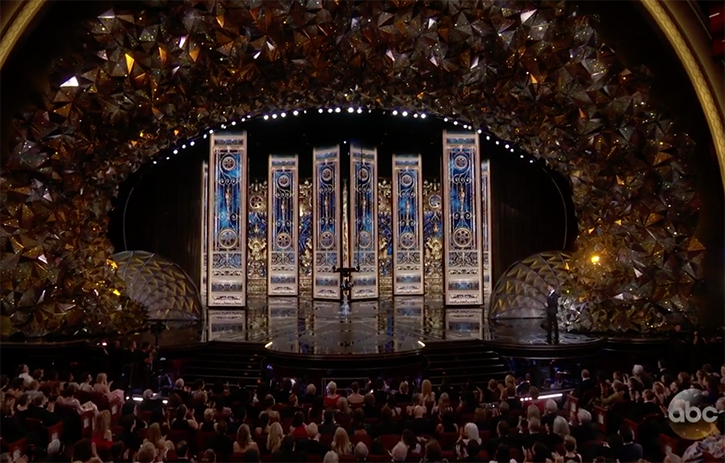 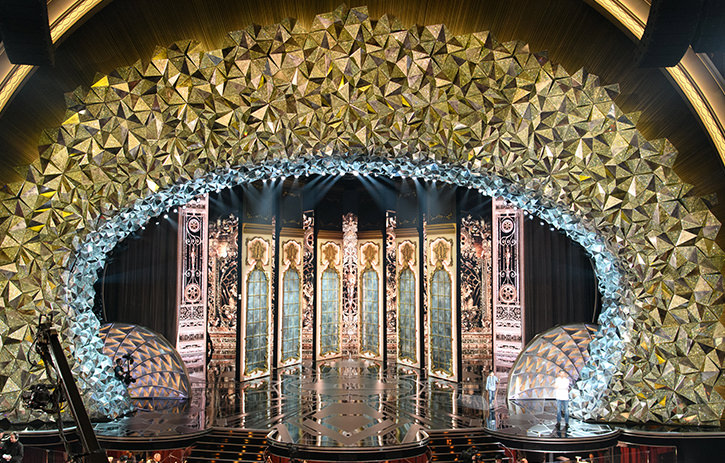 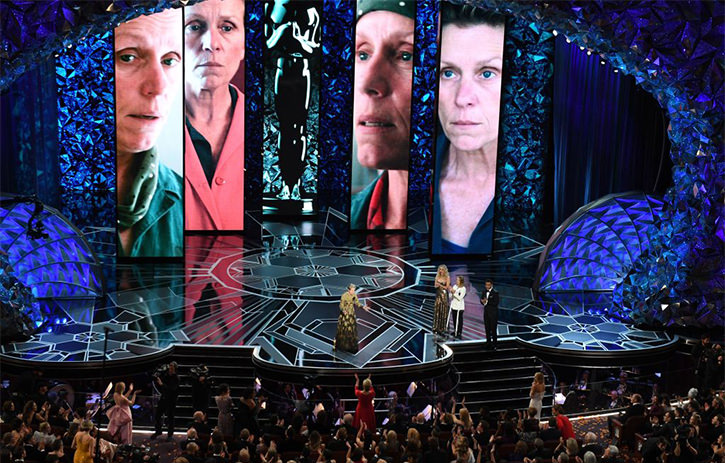 US actress Frances McDormand (C) delivers a speech next to US actresses Jodie Foster (2ndR) and Jennifer Lawrence (3rdR) after she won the Oscar for Best Actress in "Three Billboards outside Ebbing, Missouri" during the 90th Annual Academy Awards show on March 4, 2018 in Hollywood, California. / AFP PHOTO / Mark RALSTON (Photo credit should read MARK RALSTON/AFP/Getty Images) 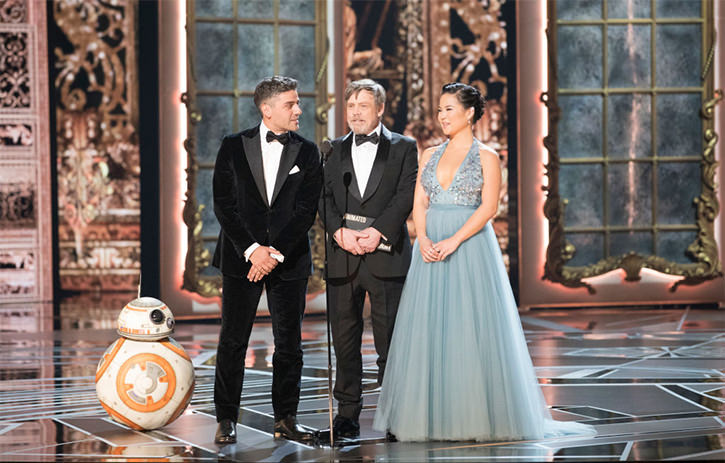 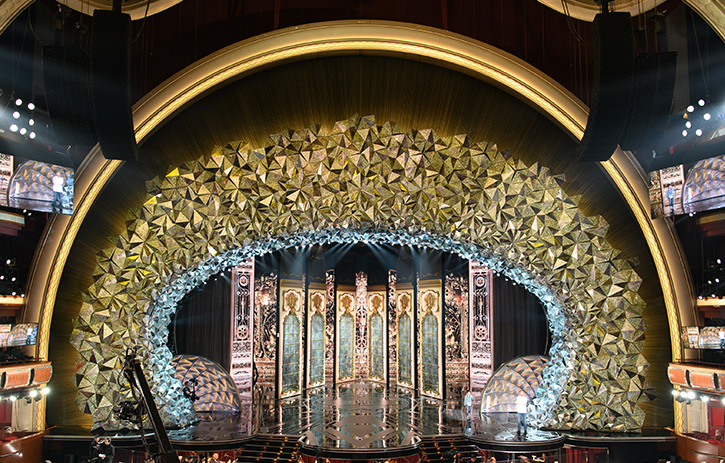 Six Amadeus mirror units moved across the stage throughout the night 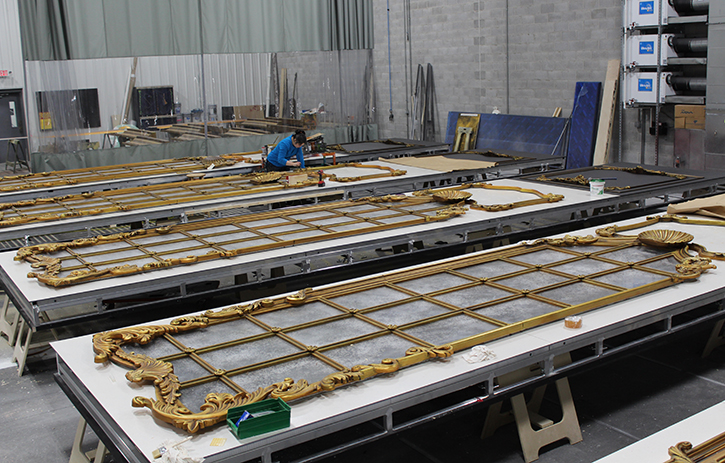 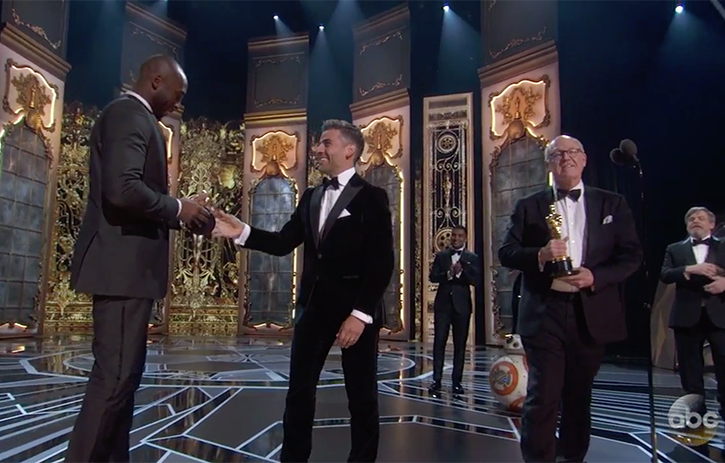 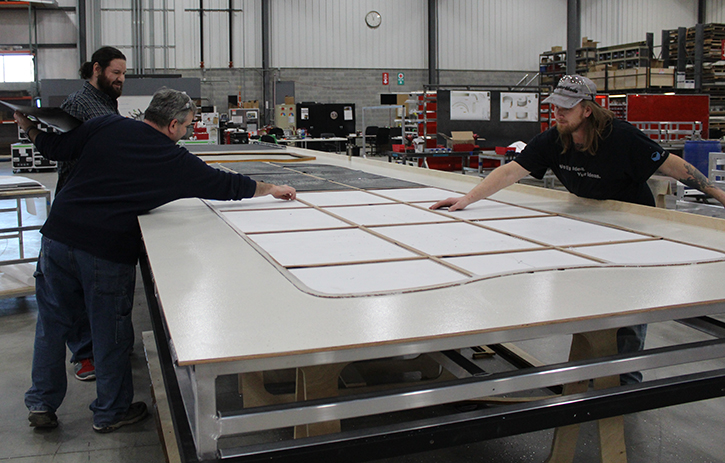 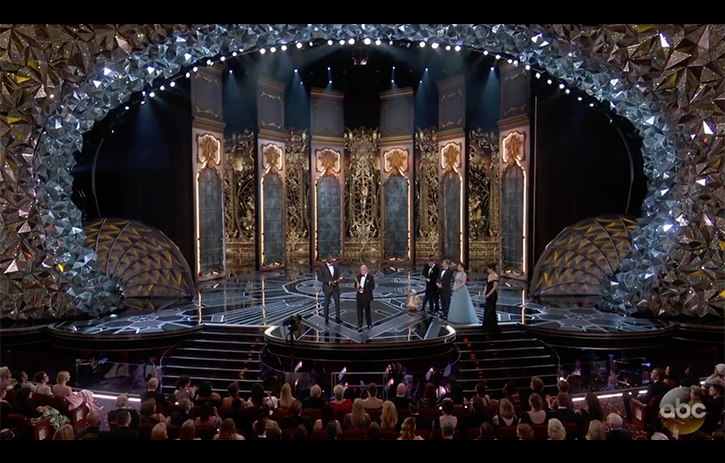 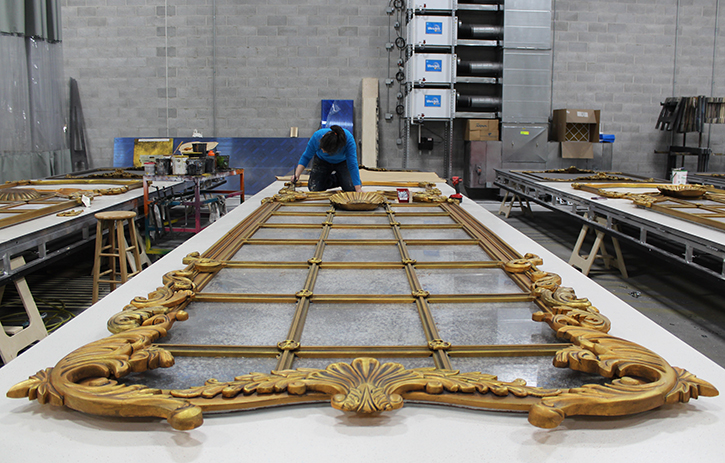 The 90th Academy Awards (aka the “Oscars”) was a night for the books. A few highlights from the night included The Shape of Water taking the lead winning four awards including Best Picture and Best Production Design, Jimmy Kimmel charming the 26.5 million viewers as the host, and Mary J. Blige belting out the nominated song “Mighty River.”

The stage, designed by Derek McLane, was inspired by the award-winning movie Amadeus. Included in the design were six Amadeus mirror units that moved across the stage throughout the night, built by the ATOMIC Set Construction team. The two-sided units featured an intricate scenic side with treatments including custom carved theatrical moulding and Oscars, cornice moulding, applied rosettes and mullions and mirror laminate treated to create the look of aged industrial mirror. These sides of the units were unveiled at the beginning of the show when Gal Gadot and Arnold Hammer were revealed. They made another appearance when the Star Wars crew came out on stage.  Attention to detail was key on this televised, scenic heavy project, with many layers of paint treatments to complete the final look. The other side of the units featured a structure to support video tiles by Senovva. The video side of the units was featured all throughout the night, moving across the stage to different positions via a TAIT automation track.

Mega thanks to our clients and partners for making this a project one to remember: Alana Billingsley (Art Director), Derek McLane (Designer), TAIT, George Czinkota and Senovva.