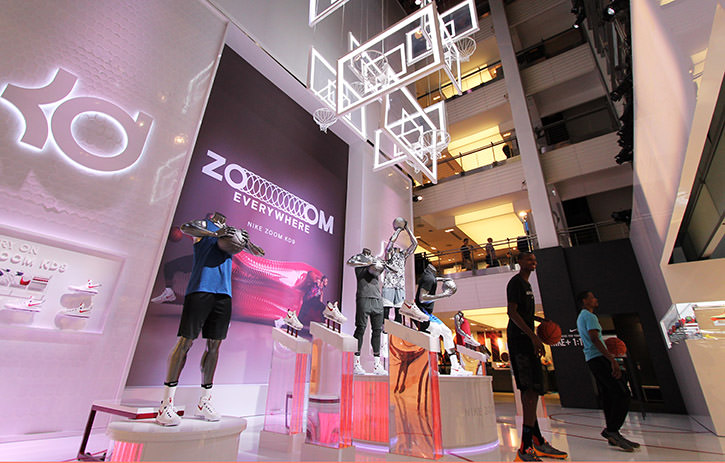 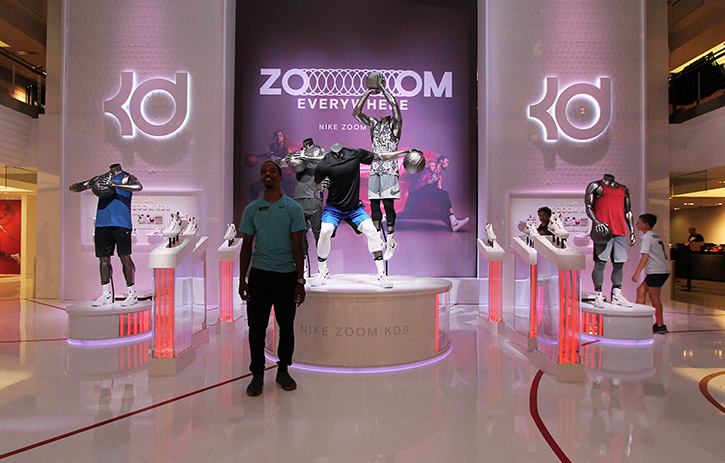 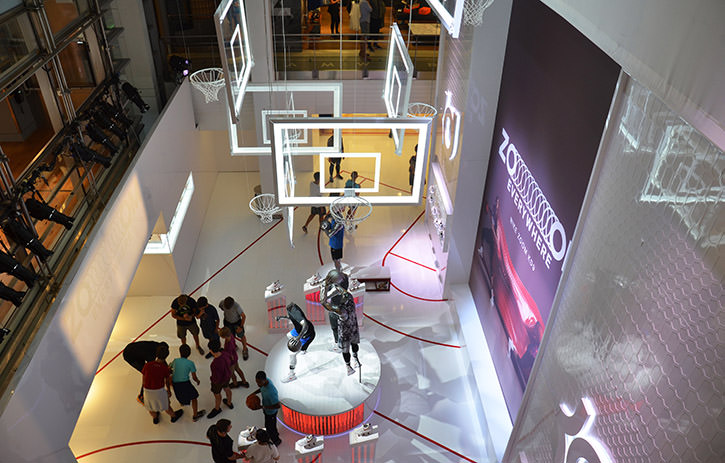 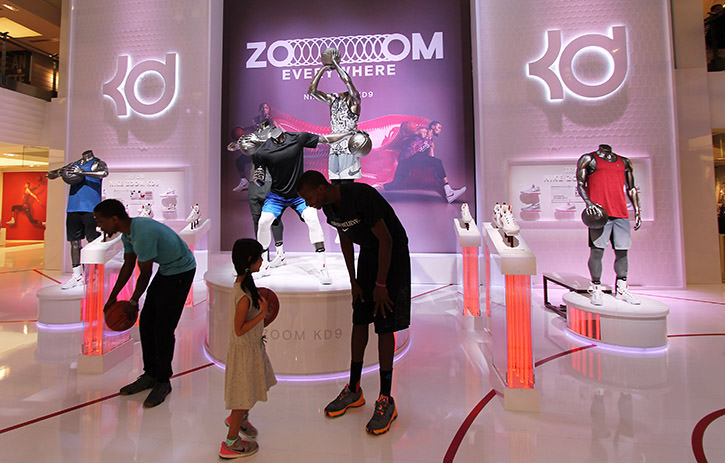 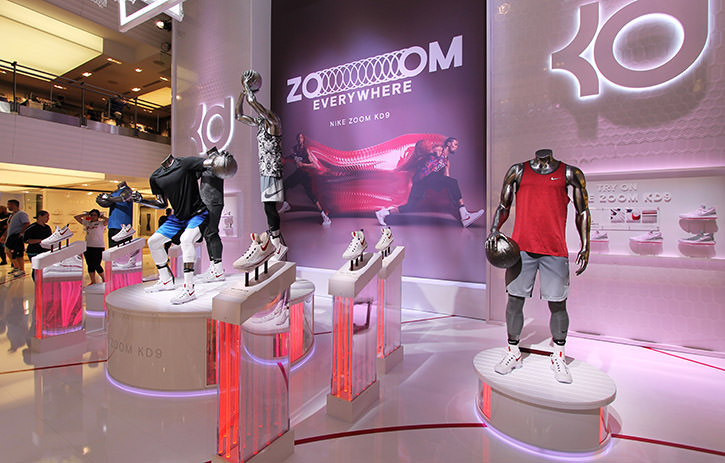 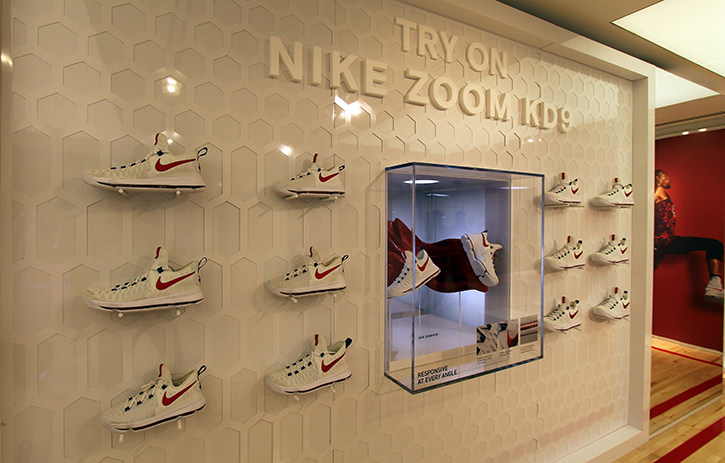 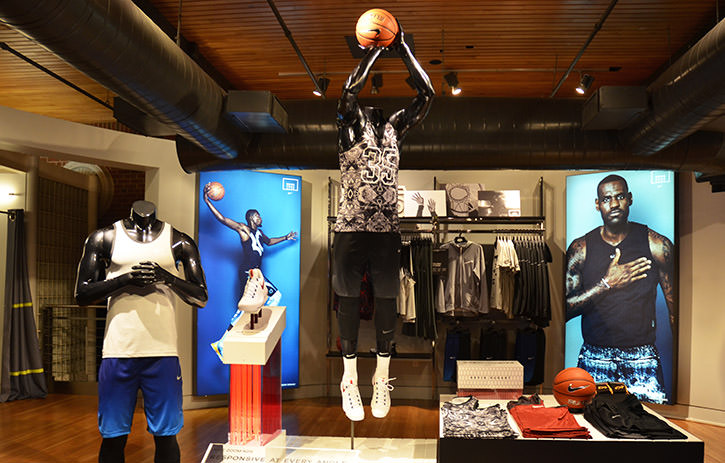 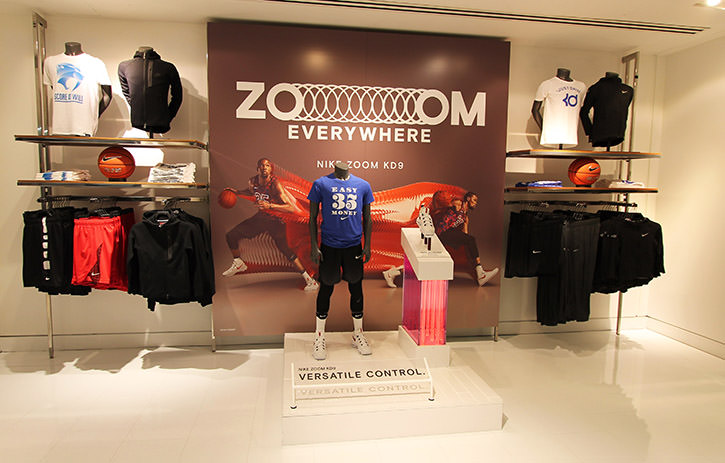 Nike’s flagship store in New York City gets decked out for each big product launch, including the new KD9 release for Summer 2016. ATOMIC was on hand to produce and build the retail installation throughout the 95,000 square foot retail space. The three and a half story front window display featured the sleek KD9 logo measuring in at 27 feet tall by 35 feet wide, outlined by a perimeter of white LED. The store atrium a.k.a. Town Square featured custom, internally-lit retail displays for the KD9 shoes and apparel, a 16’x24’ seamless digital print, and a three story basketball backboard chandelier. The chandelier was fabricated from eight clear acrylic backboards lined with LEDs which created the WOW moment for customers on each floor of the store.

The KD9 Zoom Everywhere world premiere kicked off with a press event and appearance by Kevin Durant himself at Niketown NYC. Team ATOMIC was thrilled to return to Niketown NYC for the third time in the past year for a huge product launch and retail installation. Thanks to the Nike DTC team, especially PJ Gaerlan, Shannon Rabe and Mark Searcy, and BEAME Lighting and Rigging.