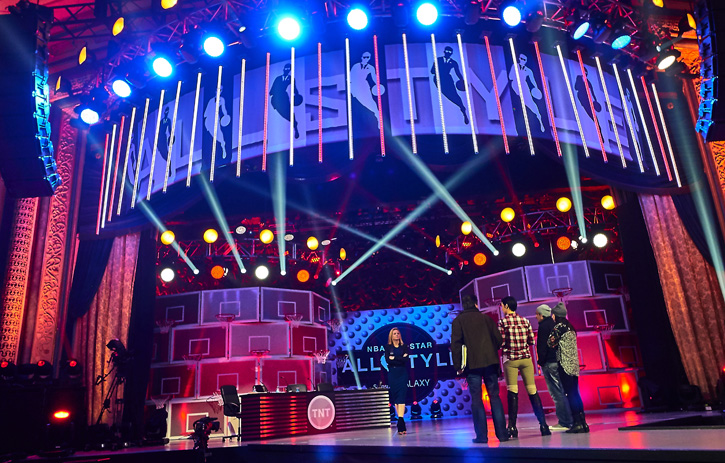 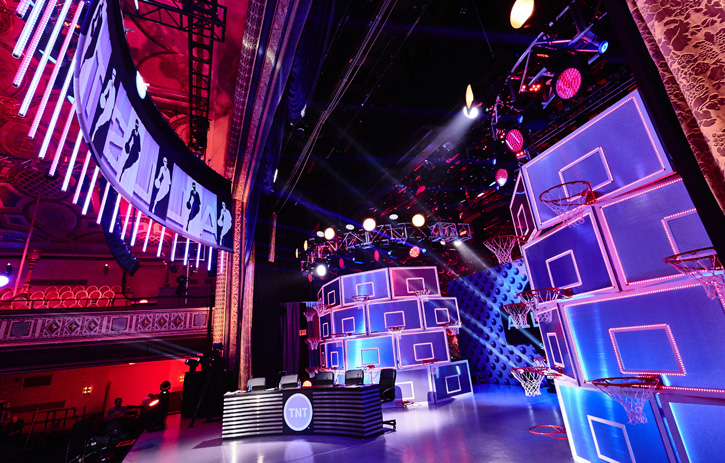 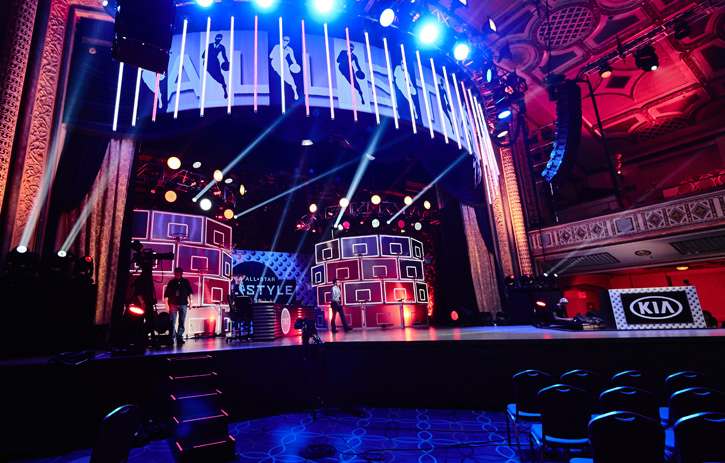 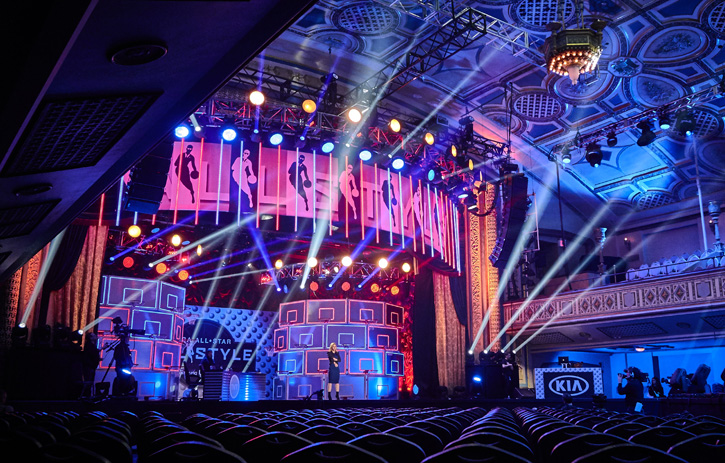 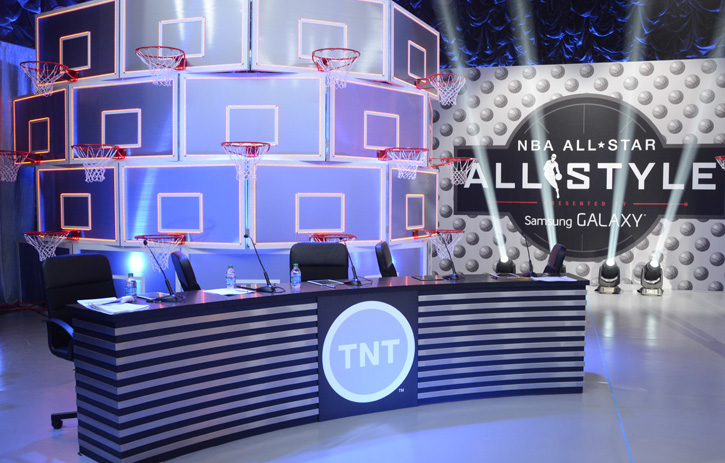 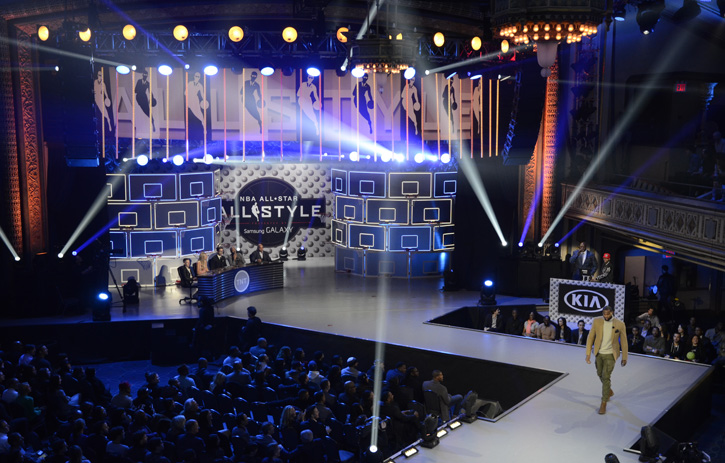 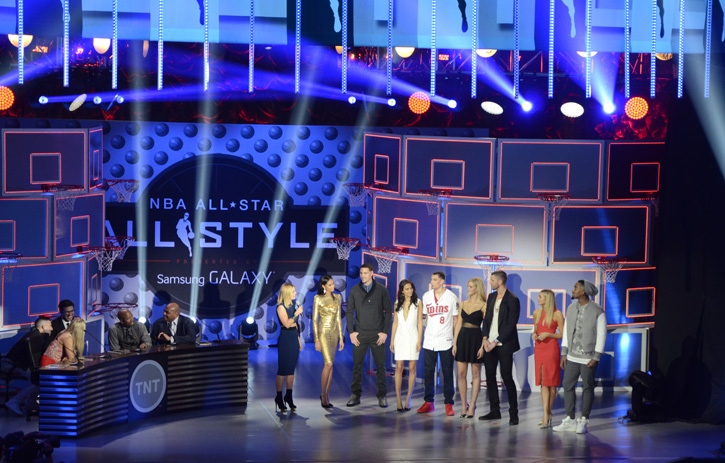 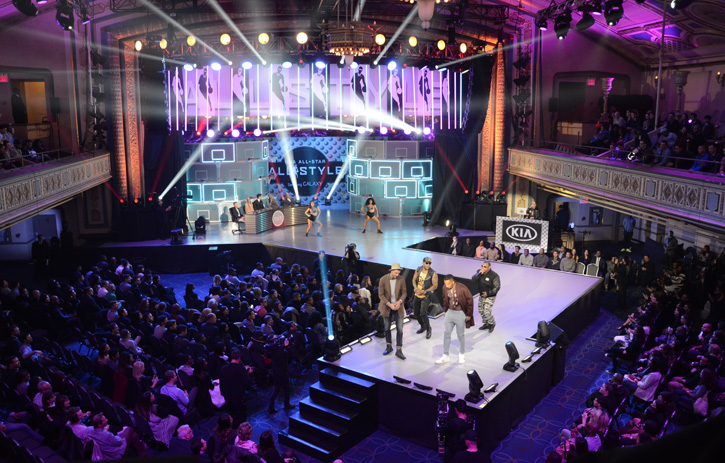 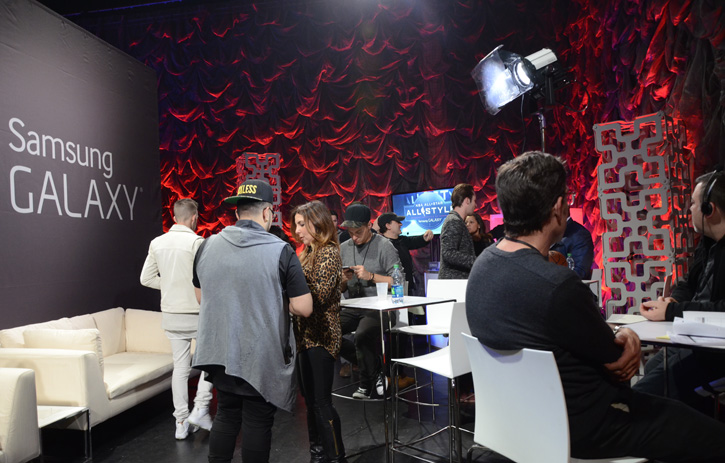 The first-ever NBA All-Star All-Style fashion show aired during the NBA All-Star Weekend on TNT. Designed and built by ATOMIC, this event was the perfect mashup of fashion, music and basketball. The show was filmed at the Hammerstein Ballroom in New York City and hosted by TV Personality Carrie Keagan, with appearances by LeBron James and Kevin Hart as backstage commentators.

The design inspiration was simple and obvious: basketball. A backlit wall of basketball backboards, enhanced by LED lines formed the focal point of the stage. Lighting Designer Tom Kenny worked his magic, playing with the lighting and creating stunning looks with the LEDs on each board which could be individually addressed for numerous patterns and looks.

The biggest challenge of the job was space management. A lot of elements needed to happen on stage that weren’t seen by the audience. The different areas (all on the stage!) included a step and repeat, a sponsor cocktail lounge for Ciroc and Samsung, a 360 Camera for Vine videos, a backstage area and the “onstage” area for the judges and fashion show! To capitalize on the unique wall of LED lit basketball backboards, the designers placed the judges on stage, rather than in the audience, so the judges could be shot against the awesome backdrop. While it created another “space” challenge, the camera shots were well worth it.

Our team also rose to the challenge of creating a non-linear catwalk. The producer and director didn’t want a straight catwalk, so after playing around with many different configurations, the catwalk turned out to be a right angle and diagonal catwalk that extended out into the auditorium. Thanks to our clients IMG Productions, Executive Producer Steve Mayer and VP of Production Gary Critchlow.  The show wouldn’t have been possible without Lighting Designer Tom Kenny or Line Producer Allen Kelman.