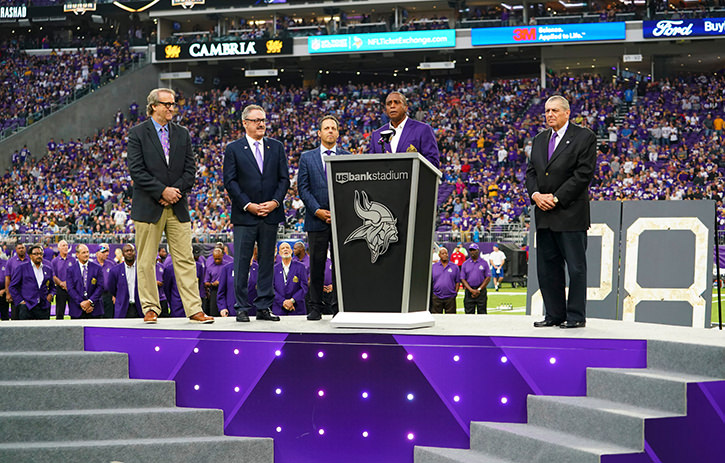 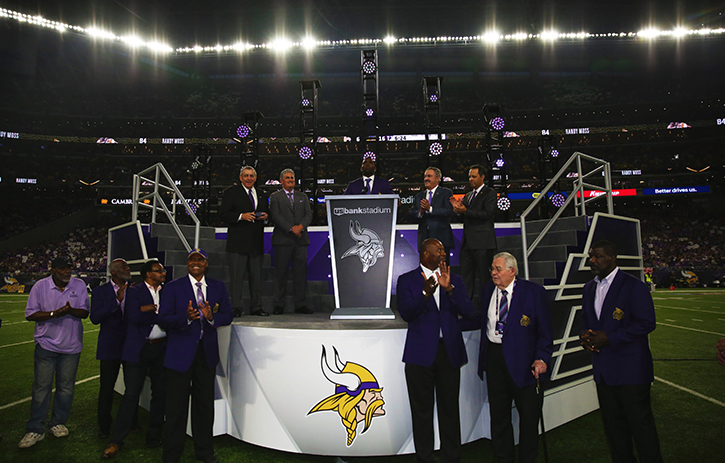 The Minnesota Vikings Stage at the U.S. Bank Stadium 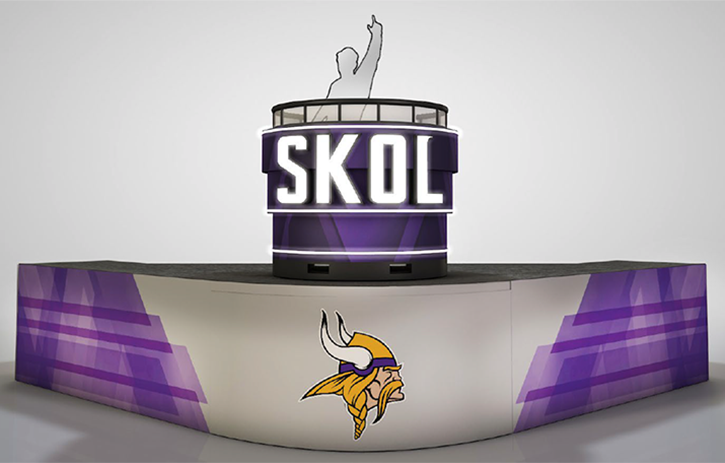 An added custom DJ booth stands out in this design rendering 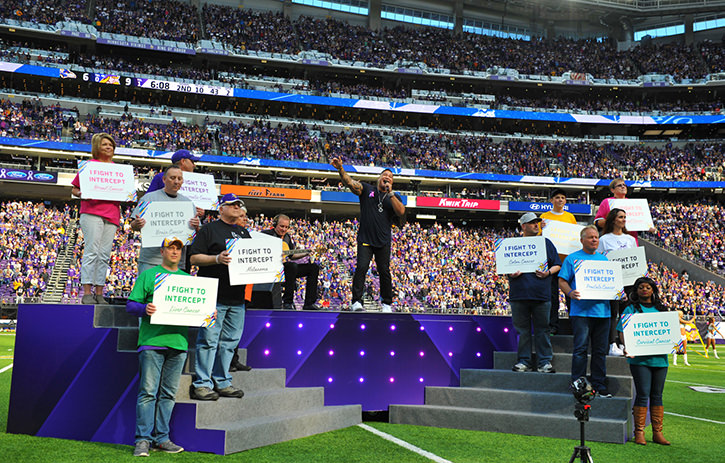 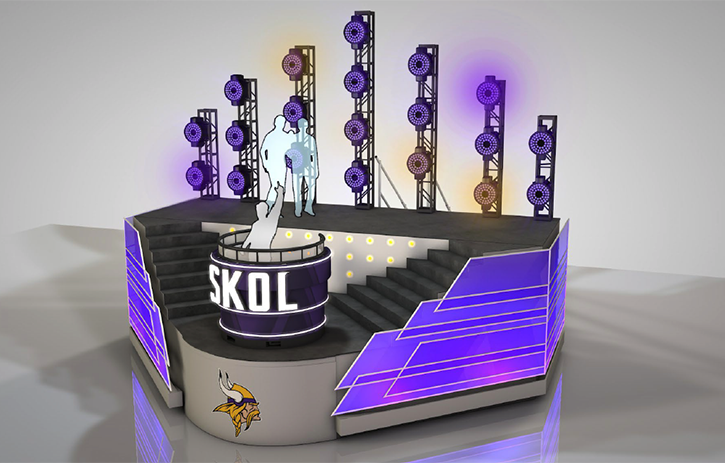 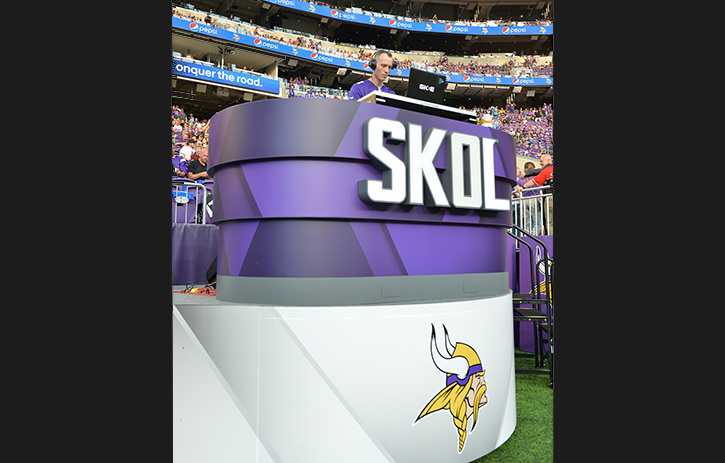 A new stadium filled with a few of the best National Football League players, a crowd chanting “SKOL” and entertainment throughout are a few of the things found on game day at the U.S. Bank Stadium. With a brand-spankin’ new stadium in place, the Minnesota Vikings needed an impressive new stage that could be rolled onto the field for entertainment. ATOMIC Designer Taylor Jurell worked with the client to create multiple designs for the stage, landing on a look that was not only appealing, but also very versatile. Jurell was challenged with the need to have the stage break down into manageable pieces that could roll around the stadium and overcame that challenge with a design that allowed the unit to be built in two halves and easily lock together when in place. The versatile design allowed for the stage to have multiple looks, with three major stage designs and six different stage configurations possible. Custom interchangeable elements include a DJ Booth, stairs and LED lights among others.

The stage units are planned to be used for many years to come, making a big splash in the stadium’s opening season during the pre-game national anthem, the halftime show and for award ceremonies. It’s rumored that the stage was even used to present Randy Moss with The Ring of Honor Award.

Big thanks to our client Greg Bostrom of the Minnesota Vikings for including us on this project, SKOL!