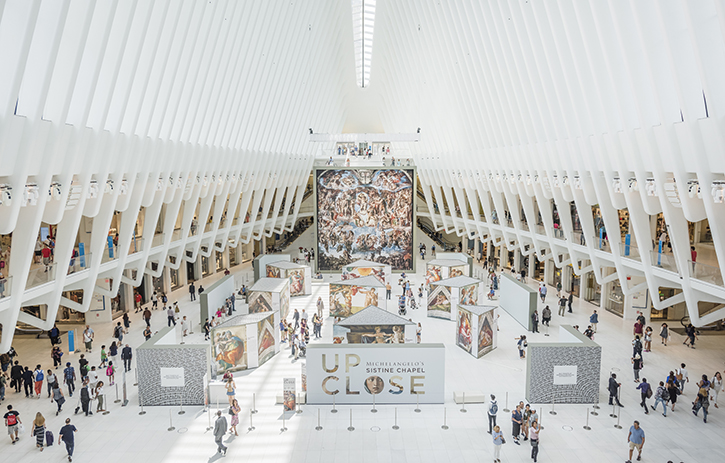 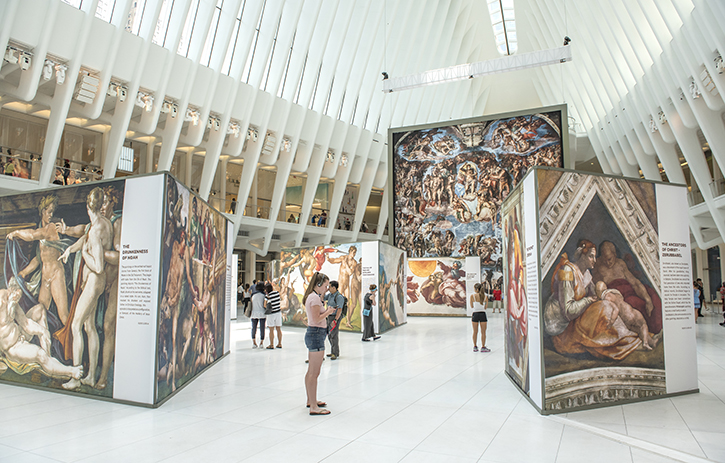 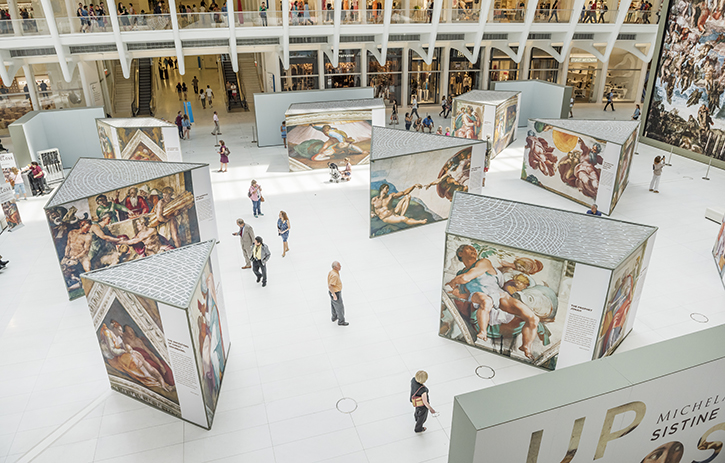 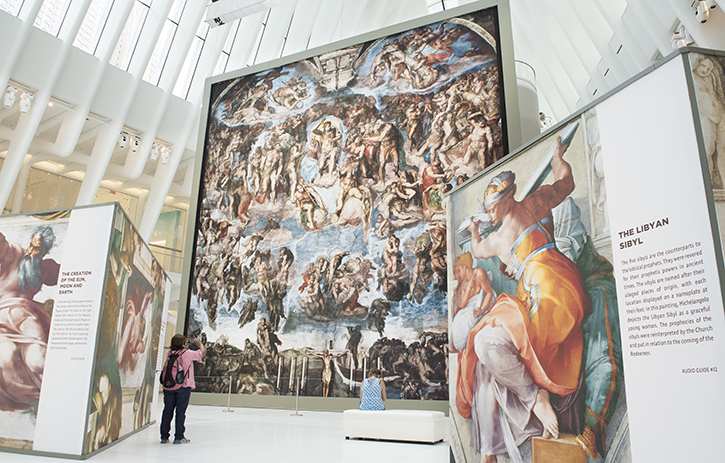 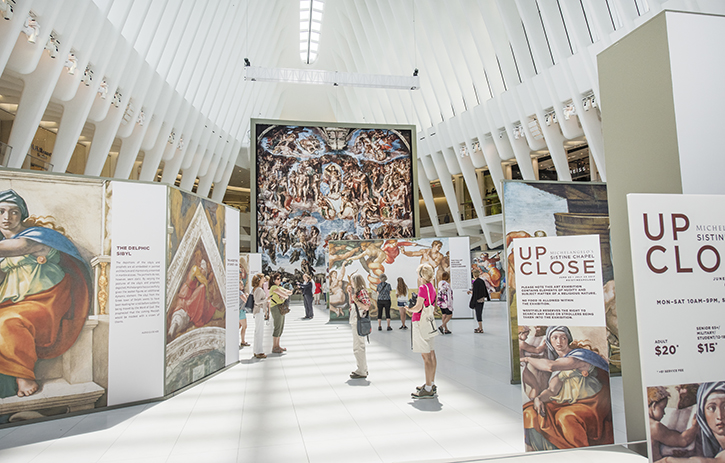 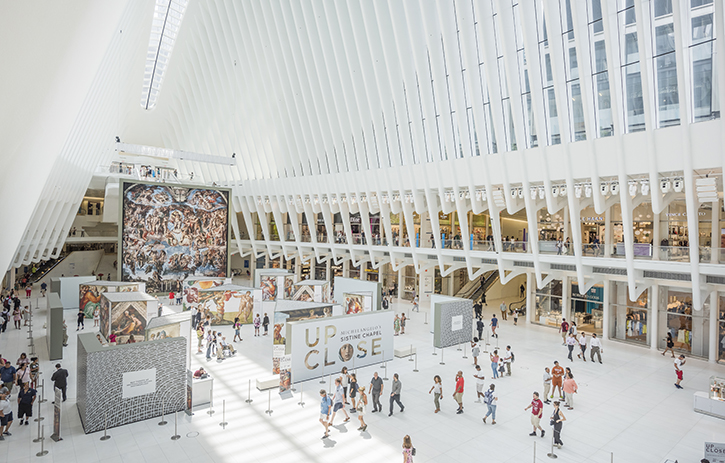 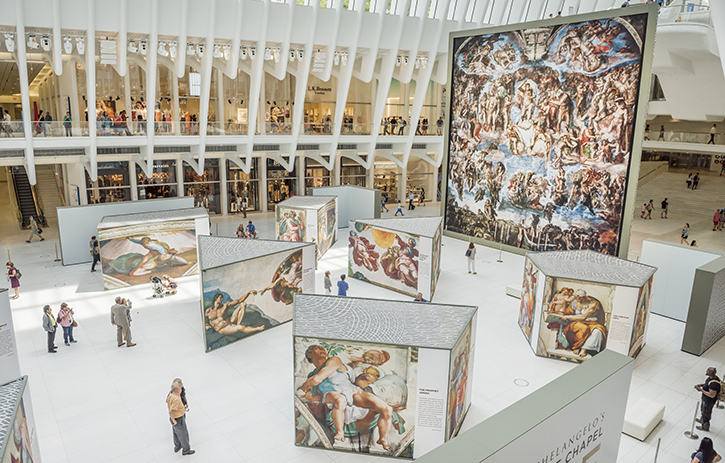 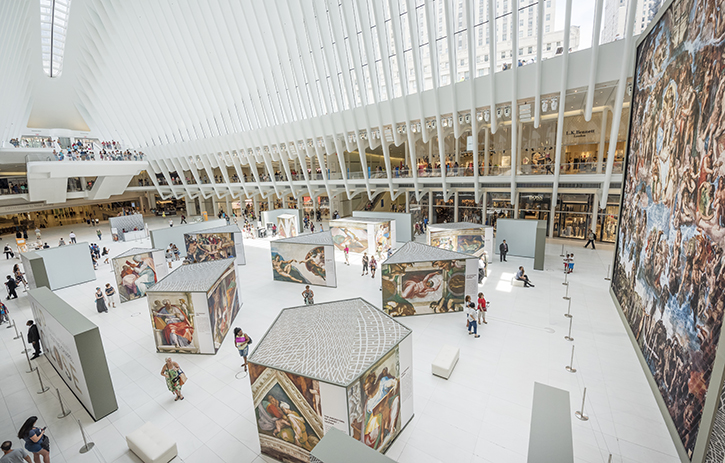 Walking through the World Trade Center’s Transportation Hub, the Oculus, passersby were greeted with an up close look at the world famous Sistine Chapel paintings. The large-scale replicas of Michelangelo’s Sistine Chapel frescoes have been seen by thousands of people, and the Oculus was just the first stop of this touring experience.

The ATOMIC Set Construction team hit the drawing board a month prior to load-in, printing and stitching soft graphic replicas of the prints, constructing frames for the units, and coming up with an internal lighting solution, all of which needed to be tour quality. Aluminum frames created the nine shapes that included 33 graphic faces on the sides and graphic tops. The largest part of the design was hung with rigging and included a custom soft good graphic replica of Michelangelo’s famous “Final Judgement” painting.

Overall, team ATOMIC had a blast being involved with such an intricate display! Special thanks to our client and partners: Westfield, World Stage, Four Wall, Cassidy Rigging and Local 1.