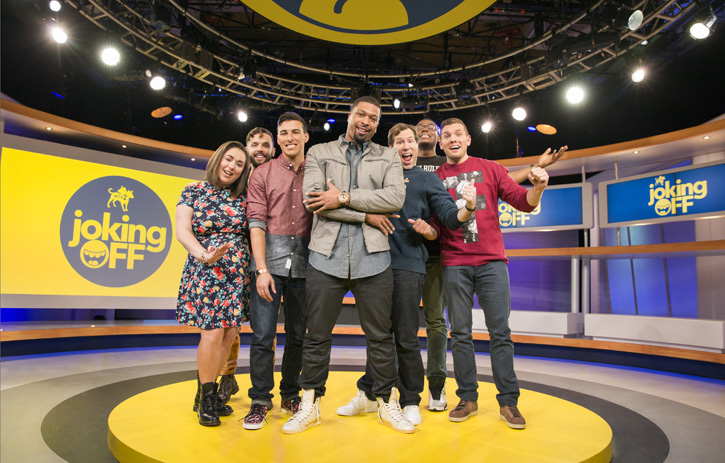 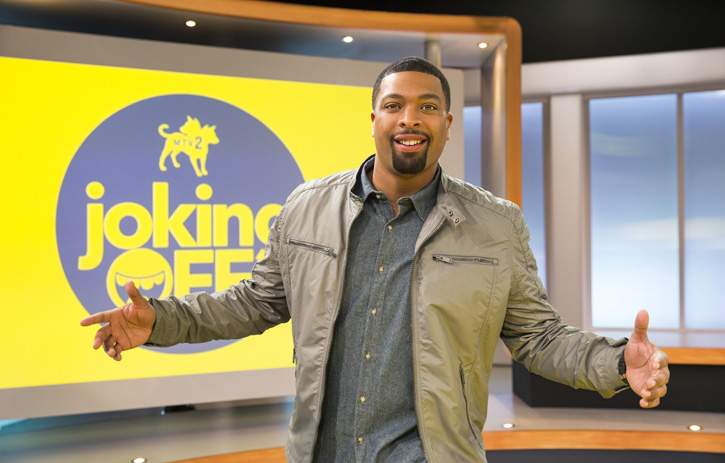 Joking Off, MTV2’s new comedic game show hosted by DeRay Davis, premiered on April 1st, 2015. The fast-paced show features teams of comedians and improv performers battling it out for the funniest captions and comments about social media memes, videos and more. ATOMIC collaborated with John Gilles and Team to build the studio set for Joking Off. Our Set Construction team built all the elements of the set which had a fresh, modern design featuring the show’s branding and colors.