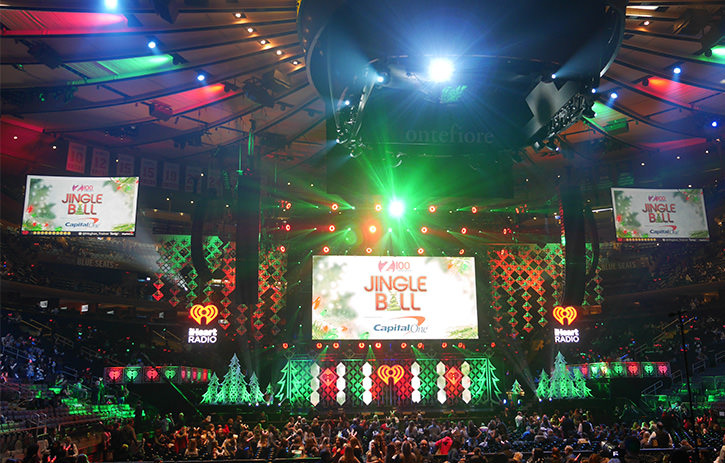 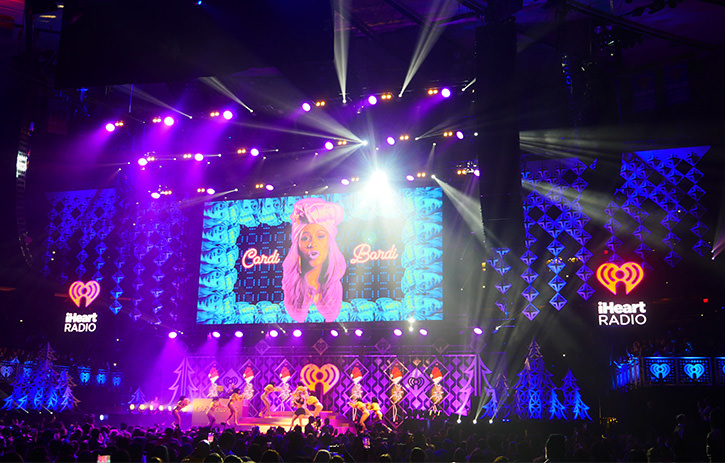 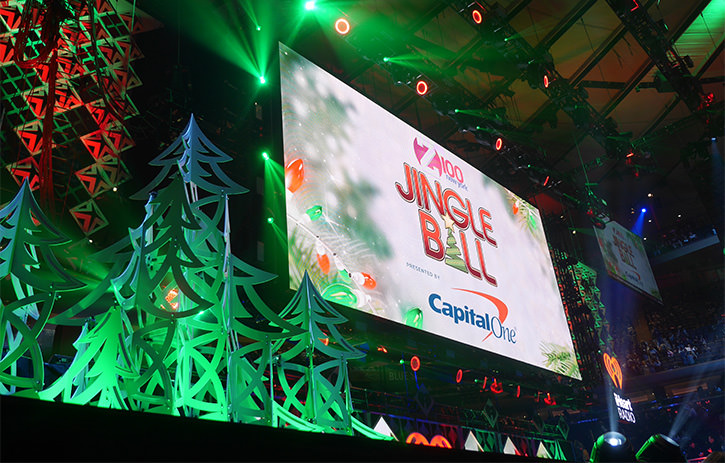 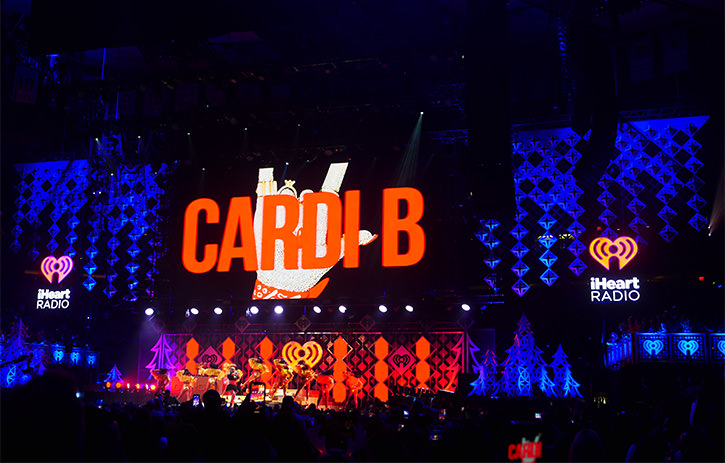 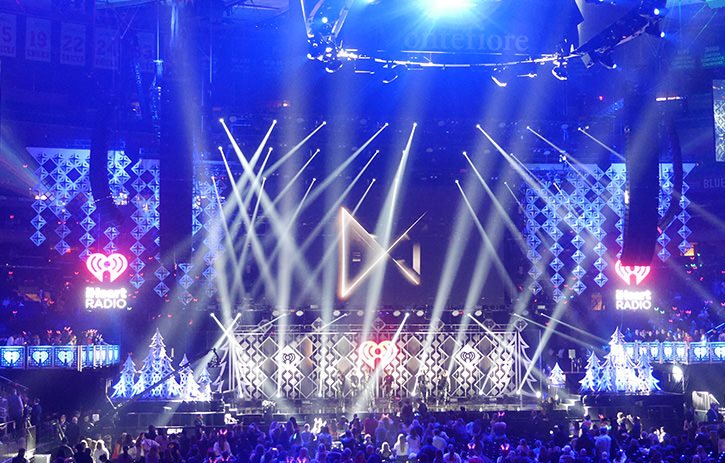 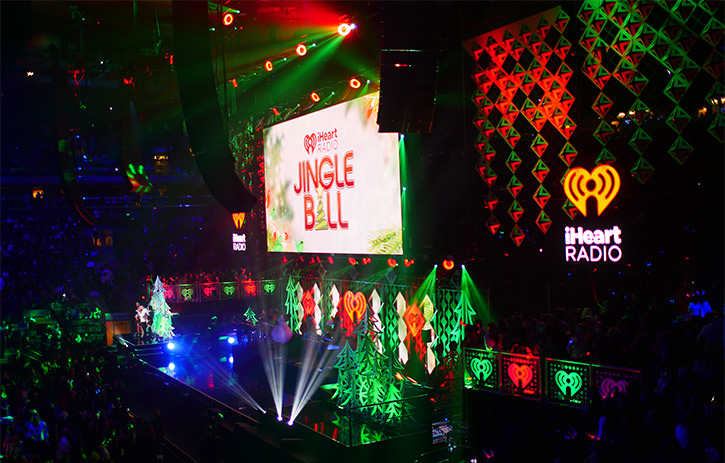 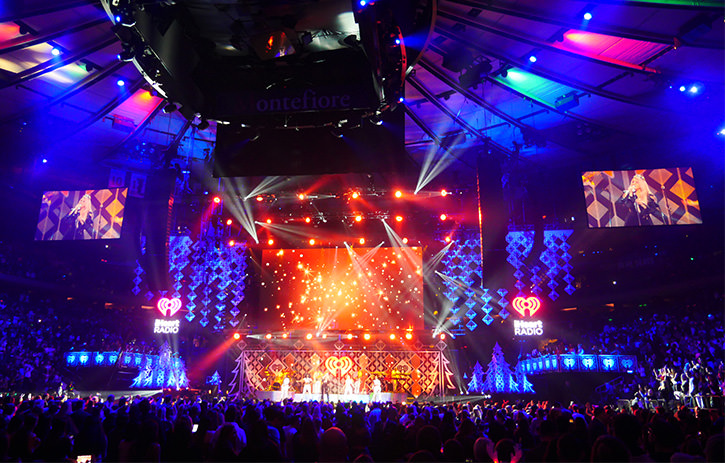 The annual iHeartRadio Jingle Ball Tour hit twelve major cities with different artists performing over the course of two weeks. One major stop in the tour included the live performance at Madison Square Garden in New York, where the event was televised live on the CW Network and their online channels. Cardi B, Shawn Mendes, Camila Cabello and many other popular artists gave all-star performances at the festive holiday event.

Returning to the design board after a successful 2017 Jingle Ball Tour, Designer Charlie Cook whipped up some new renderings to take the same great set and make it even better. Cook utilized ATOMIC Rental Solutions in his design, showcasing Xplode SuperLever panels hung at 45 degrees to add design appeal to the rather empty space to the sides of the main screen. Sitting on the main stage included FASTwall Fir trees, ATOMIC’s freestanding, holiday-spirited scenic tree. Other parts of the show in ATOMIC’s scope included the turntable wall which turned onstage to reveal artists and special VIP seating railings that continued the look of the design offstage.

We have so much fun working on these projects with our talented clients and parters: iHeart Media, Lighting Designer Tom Kenny and his all-star team of programmers, the awesome team at VER, and Video Programmer Brent Sandrock.