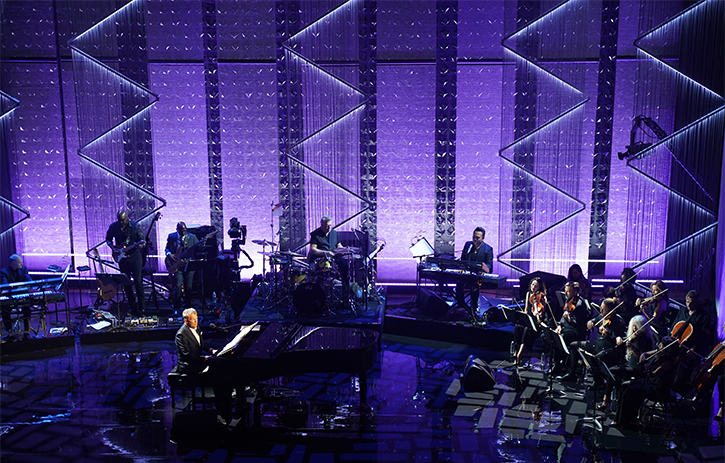 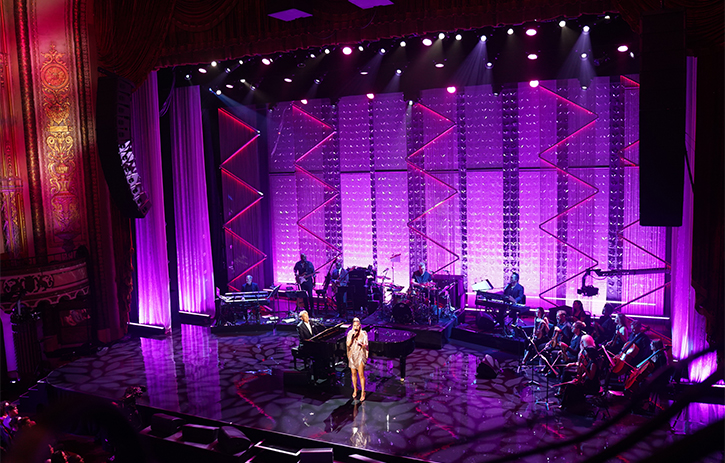 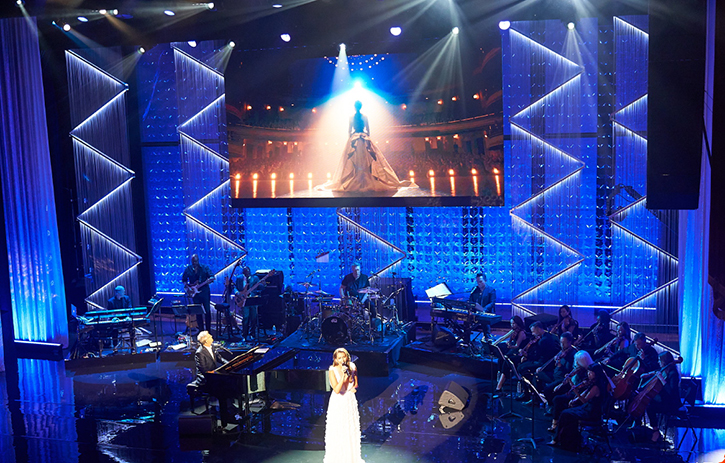 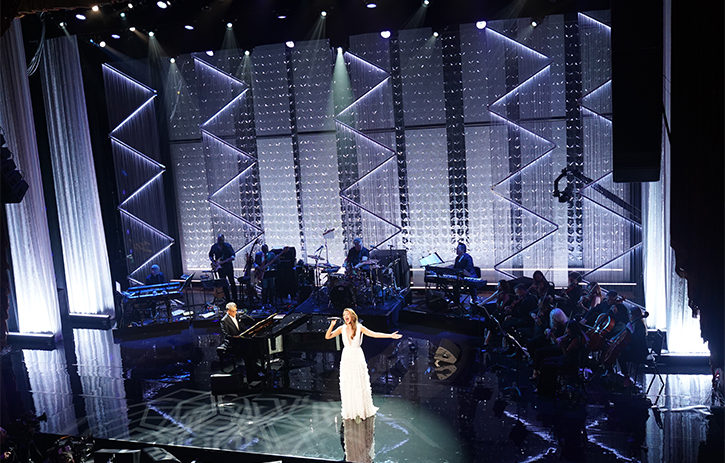 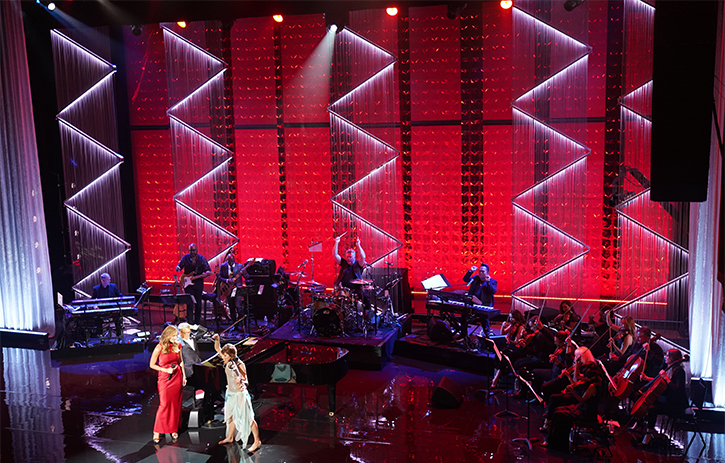 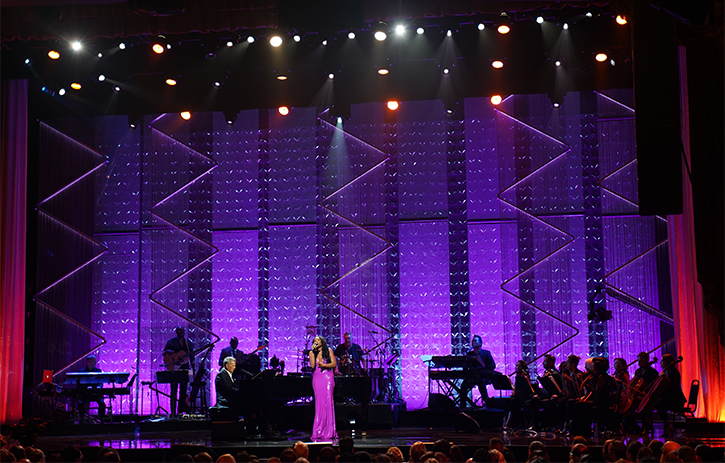 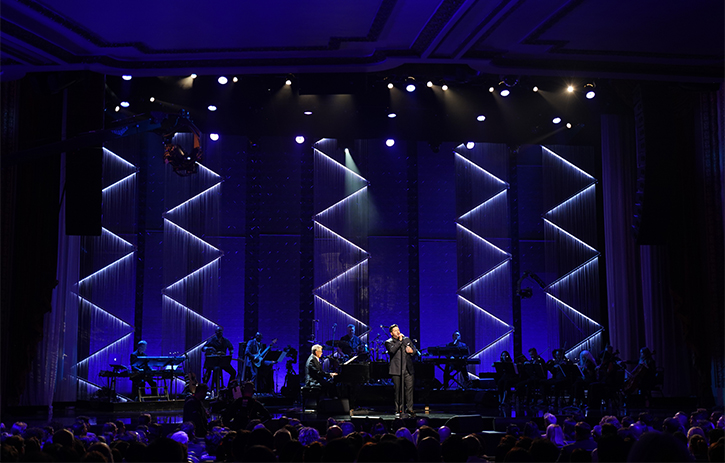 Great Performances: An Intimate Evening with David Foster was a memorable PBS concert special featuring the work of 16-time GRAMMY Award-winning musician and producer David Foster. ATOMIC Designer Tom McPhillips was called by good friends at THIRTEEN Productions to design the “Starry Evening” look for this recorded television special. Taking place at the landmark Orpheum Theatre in downtown Los Angeles, McPhillips had to face the challenge of all old ’20s theater stages – very shallow and small dimensions to work within. Rising to the challenge of creating depth behind the artist in the design, McPhillips used a combination of brand new and classic Modular Systems products including Zig-Zag, Blax SuperZipper and Hologram SuperLever. The design aesthetic was sparkle all the way and the illusion of additional square footage was all created by Zig Zag, a hanging LED unit with a fringe curtain. This product created a translucent look upstage for the lighting designer, Bob Barnhart, to play with color and luminance throughout the show.

The evening featured many different performances from renowned vocalists who all required a unique look; a screen flew in and out for each video play-in and ATOMIC Holograms were also flow in and out to vary the stage looks, along with color changes for each act. The Blax SuperZipper backdrop was hung upstage and lit from below to give the final touch to the night sky look. The ultimate challenge was the very short load in and load out time – so our team rose to the challenge with easy-to-install Modular Systems products that shone on stage.