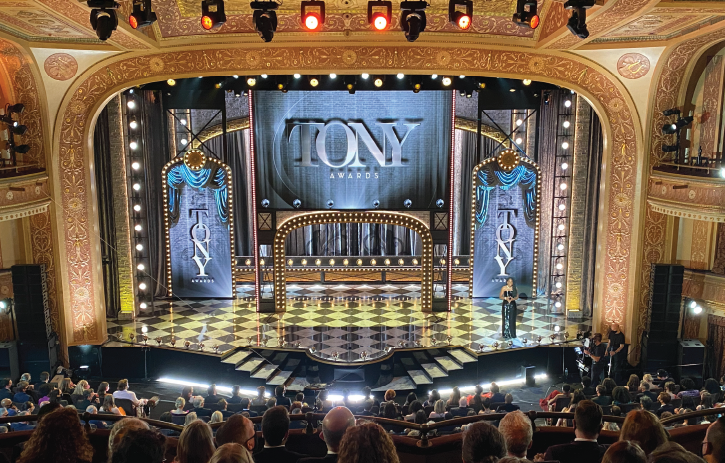 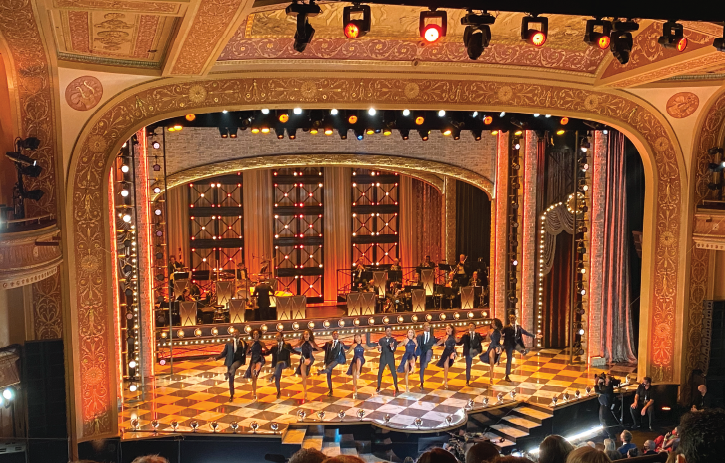 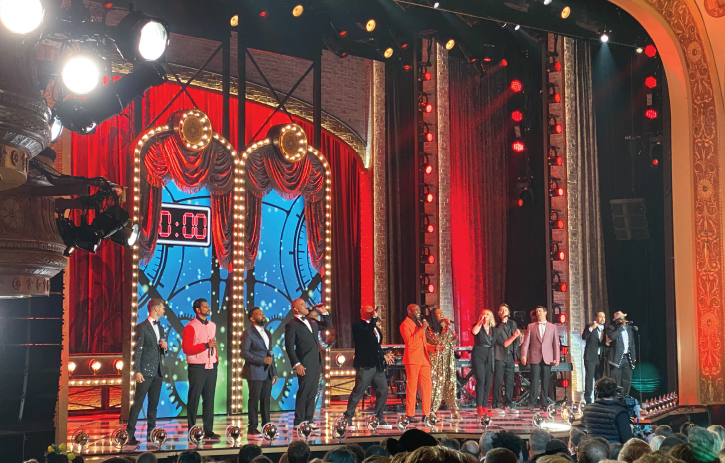 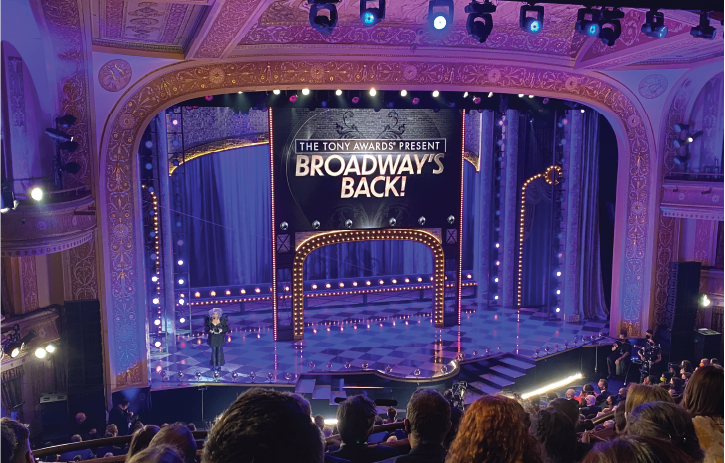 ATOMIC was tasked with constructing the stage elements to compliment the ornamental auditorium of the Winter Garden Theatre. Together, Account Manager, Doug Frawley and Production Designer, Steve Bass, brought down the house with a set that embodied features of traditional Broadway theaters.

Each stage feature moved seamlessly off the stage to make room for dance numbers and back on stage to backdrop some stellar performances by:

Special thanks to Star Kahn, Seth Easter, and Michael Moore for helping put this wonderful set together!