A day of Extraordinary giving 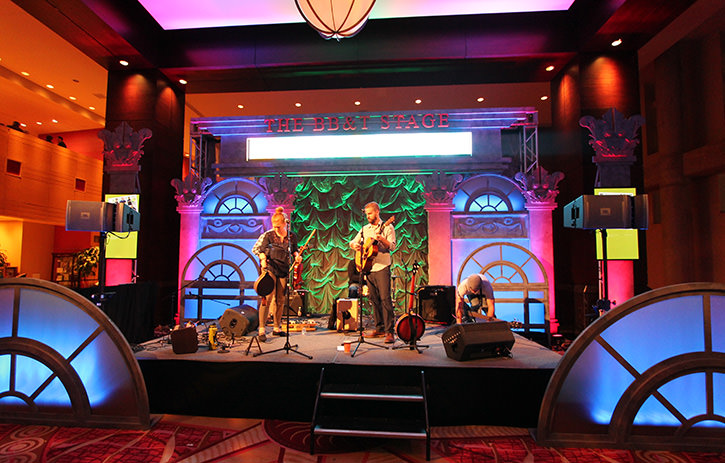 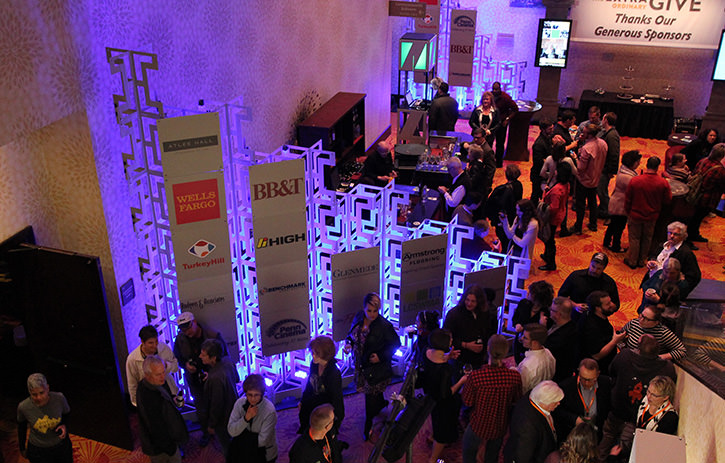 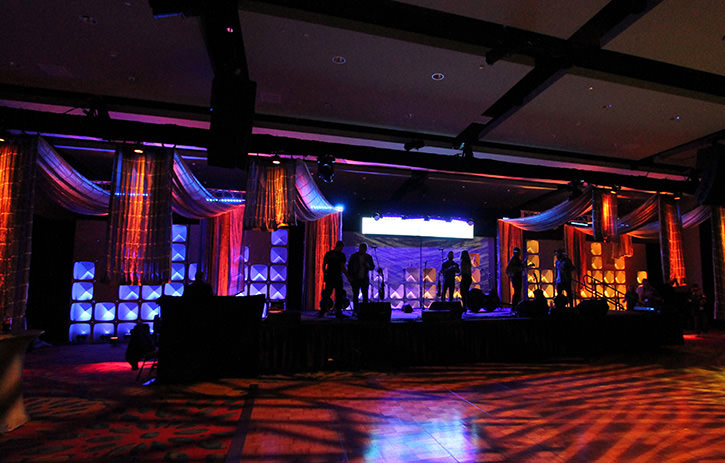 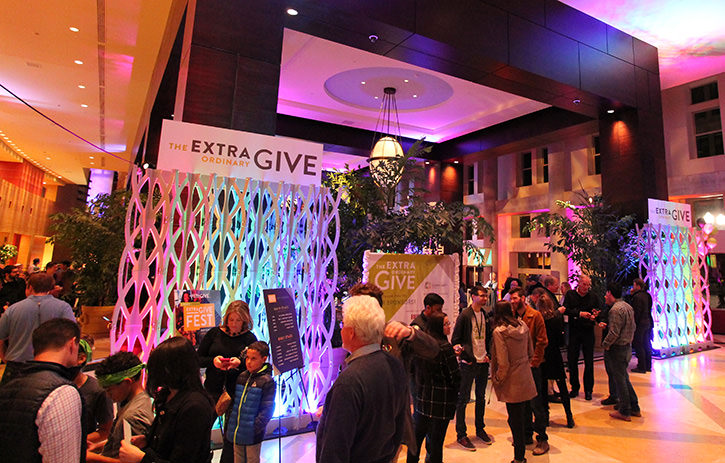 Mantis FASTwall created these walls in the entrance lobby 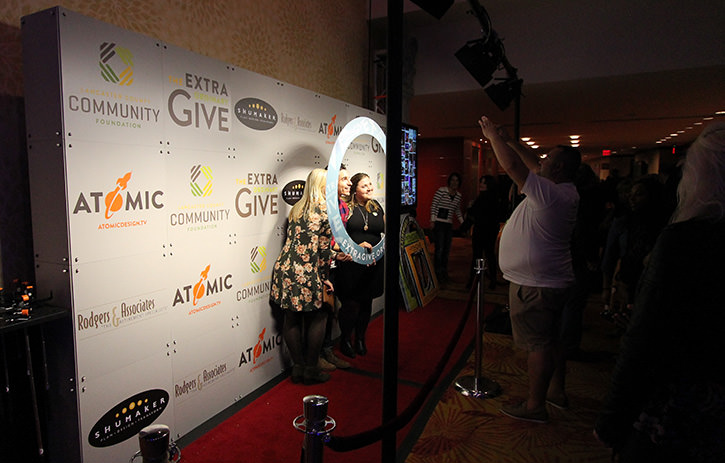 It’s the season of giving, and ATOMIC was psyched to be a part of giving at this year’s local Extraordinary Give! Each year, the Lancaster County Community Foundation holds this special event for 24 hours dedicated to giving back to the community. This year, the 24-hour marathon raised $7.1 million and benefited over 425 organizations within the community!

In celebration of the event, a party was held at the Lancaster Marriot at Penn Square where ATOMIC decked the halls and stages as part of a sponsorship. ATOMIC Designer Taylor Jurell worked alongside our Rental Solutions and Set Construction teams to collaborate and build a smashing set for the party. Some of the areas built by ATOMIC included the lobby, the VIP area and the ballroom.

The lobby included a stage with a custom header, columns and windows constructed by the ATOMIC Set Construction team, along with a SuperZipper Laser panels provided by the ATOMIC Rental Solutions team. Throughout the lobby there were various areas showcasing FASTwall, SuperColumn and SuperWall products.

The VIP area was decked out in Arcade FASTwall panels with Custom Propane Panels showcasing the various sponsors and more custom columns with mounted TVs which displayed the current amount of money raised. Heading into the ballroom, the stage was built with a back wall of SuperWalls which included Tube and Propane SuperLever products. Above the stage SuperZipper Lynes were uniquely draped to impress. To make it all even better, ATOMIC’s very own band, Electric Love, gave an epic performance on the ballroom stage.

Overall the Extraordinary Give was a super-fun filled day. Special thanks to all involved in making the day so extraordinary!