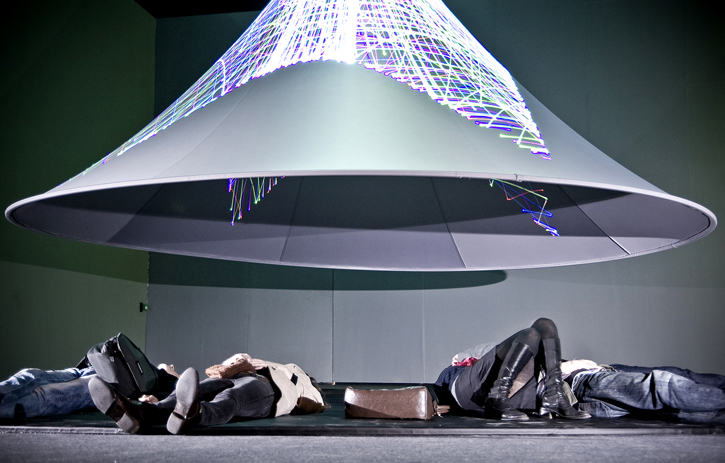 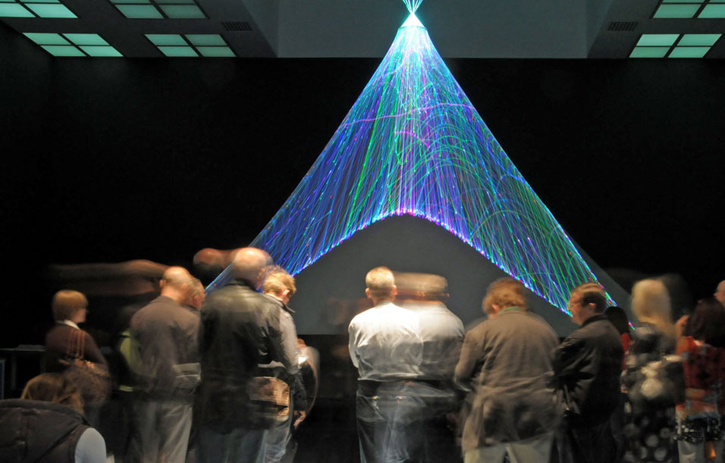 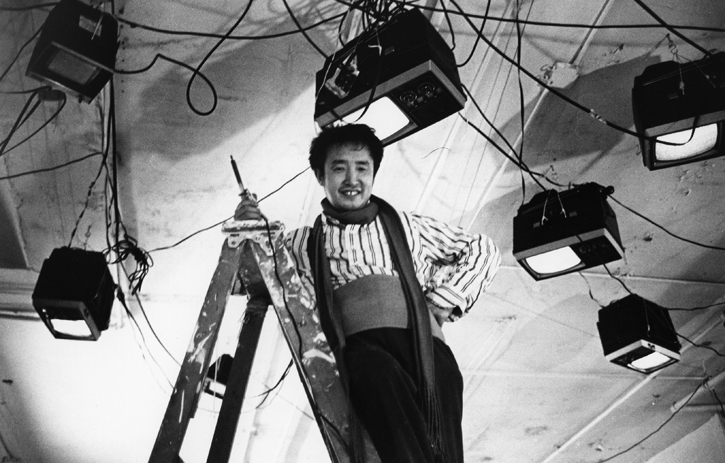 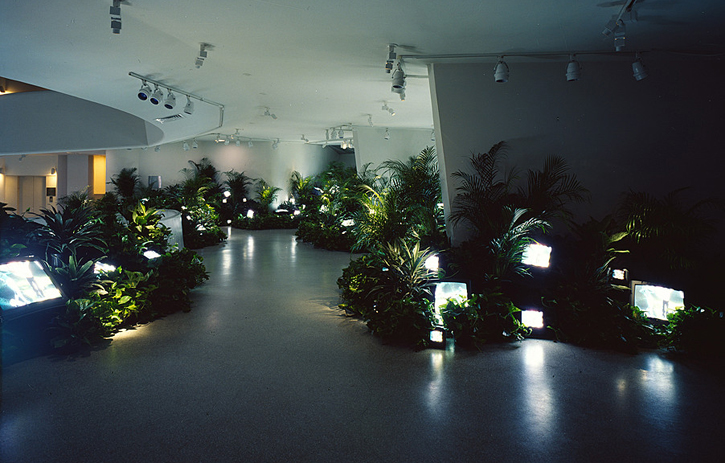 ATOMIC employs artists, we work with artists, we are inspired by artists. We think it’s about time we featured some of our favorite artists. Nam June Paik (1932-2006), considered the founder of video art, was truly a pioneer and inspiration to generations of artists and fans starting in the 60s and continuing through the present day. Paik personally influenced ATOMIC’s founder Tom McPhillips while he studied Paik’s work in art school. A Korean-American artist, Paik’s love for music and technology sparked his career as he realized the potential for video and television and embraced emerging technology, ending his career with a focus on lasers. Paik’s awe-inspiring work has impacted many of the creatives working at ATOMIC along with people across the globe.

Paik and Norman Ballard (his laser collaborator at the time) hired ATOMIC in the early 2000s to assist with their Laser Cone installation at the Guggenheim Bilbao. ATOMIC was re-engaged in 2010 to created a smaller version of the Laser Cone for the Tate Liverpool FACT retrospective on Nam June Paik’s life and career. We worked directly with Norman Ballard on both Laser Cone projects, building a 30-foot-high fabric cone to serve as the medium to feature the laser display. This art installation was challenging and fun because it changed the way people experienced art. The fabric cone was suspended three feet off the floor, reaching 30-feet-high with the lasers projected from the outside. Paik’s vision was for the guests to be completely immersed in the installation, isolated from the rest of the gallery, actually being able to walk inside the cone and experience the laser display. Guests started to bring their own mats, lay on the floor and be transported by the laser display. Team ATOMIC is always honored to work with artists to bring their vision to reality.

Paik embraced video in his artistic expression from Day One. He spent his career collaborating with other innovative artists, and experimenting with and highlighting emerging technology. In Paik’s early work, he built content for the multi cathode-ray tubes (those old school TVs) and created awe-inspiring installations like the TV Garden. As technology changed and Paik matured as an artist, he embraced lasers as a form of sculpture and art installations.

Five things that make Paik amazing in our book:

1. Paik redefined art gallery environments in the 60s, 70s, and on

3. Considered to be the founder of video art

4. He loved music as much as art, studying music history at Munich University