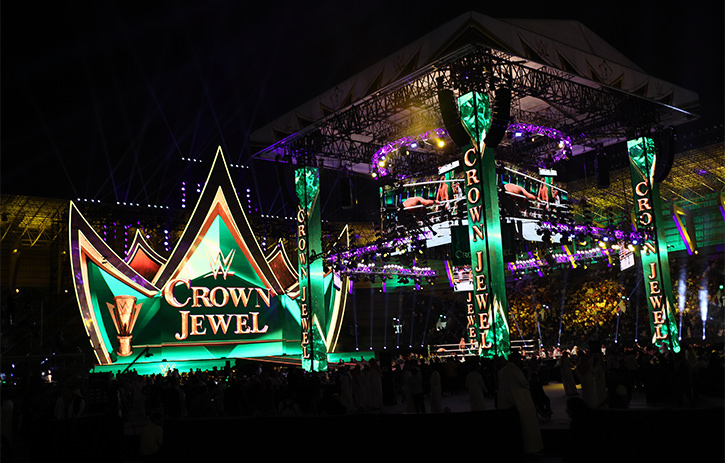 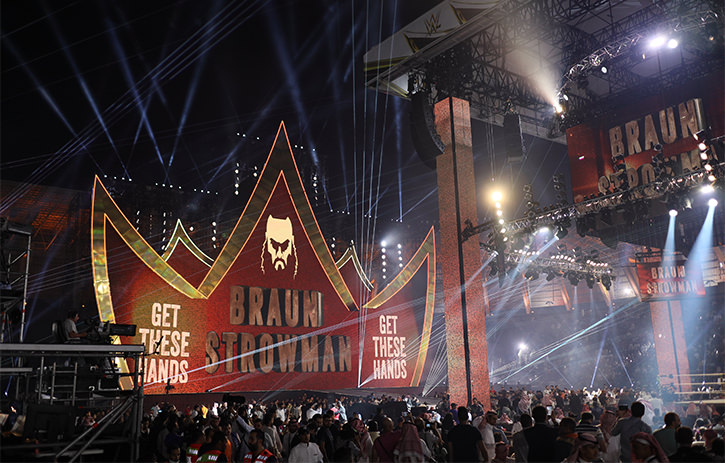 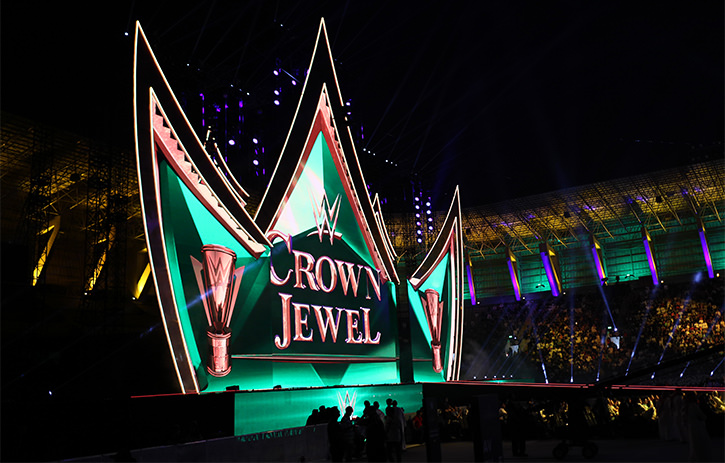 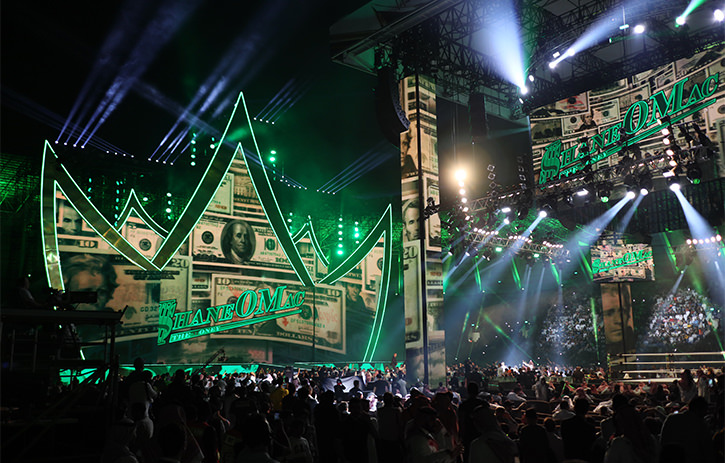 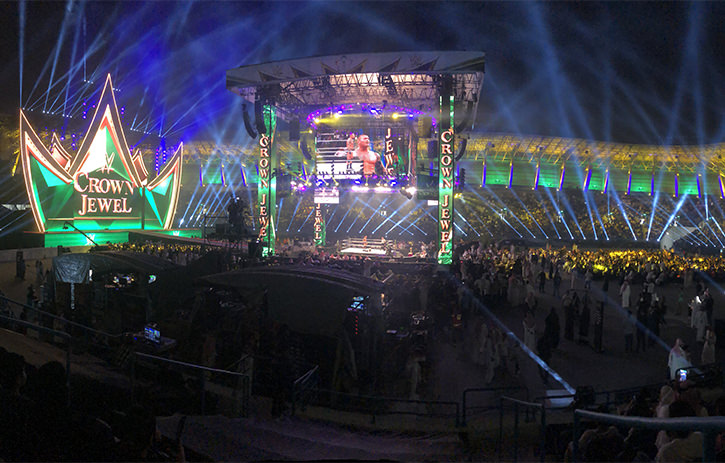 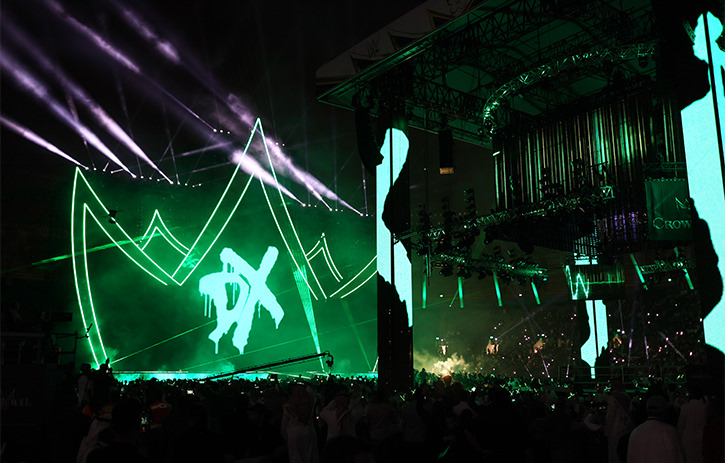 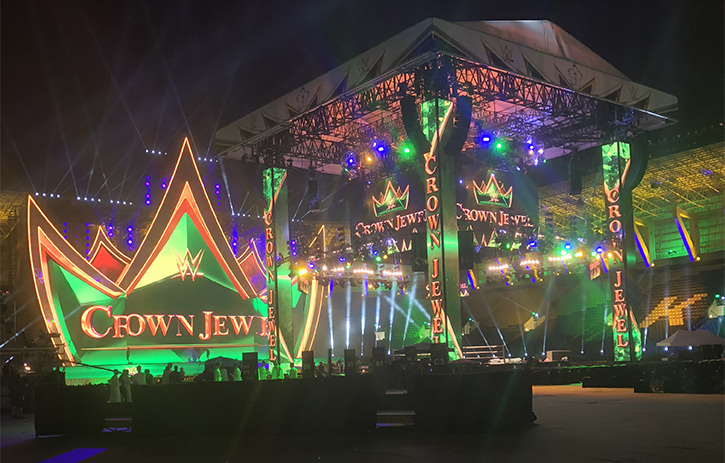 WWE made an appearance in Saudi Arabia this fall with their first-ever WWE World Cup tournament, WWE Crown Jewel. The ATOMIC Set Construction team built and shipped custom scenic solutions across the world for the event.

Making a big impression in the stadium was a 95′ high video crown that expanded above the top of the stadium. Our team built custom scenic fascia for the perimeter of the crown which included aluminum framing, gold glittering vinyl graphic and a double run of neon lighting. Custom rigging brackets were built to assist in hanging the video tiles and fascia, making them load-in quickly and efficiently. All of the parts and pieces were built and uniquely labeled here in Lititz, PA and shipped to the Middle East.