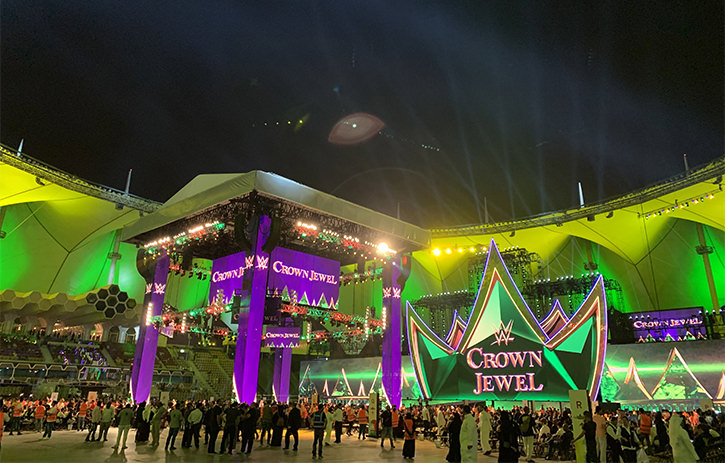 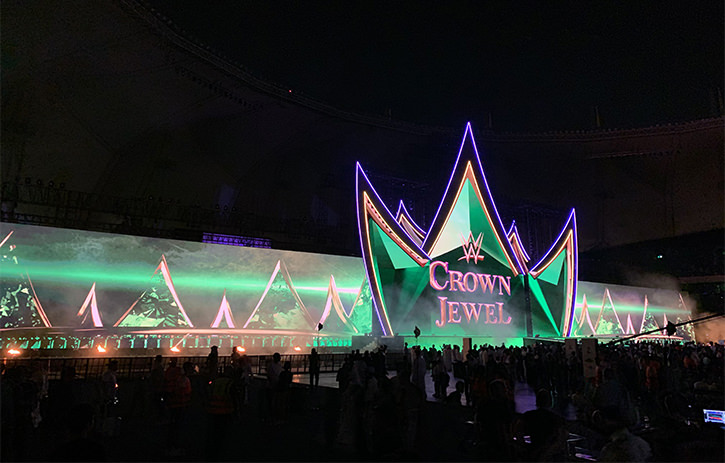 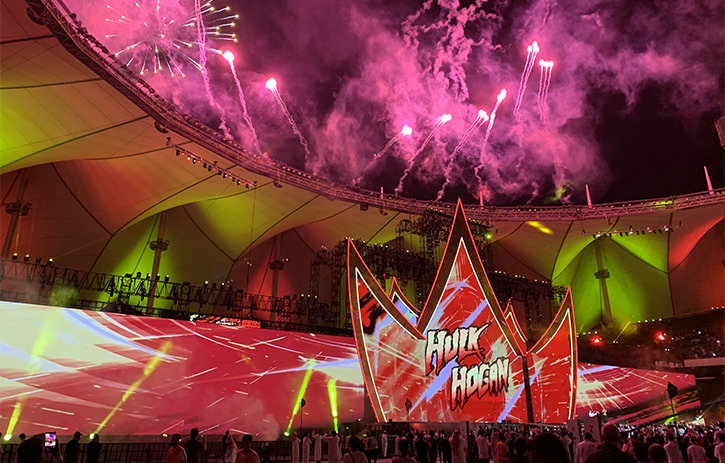 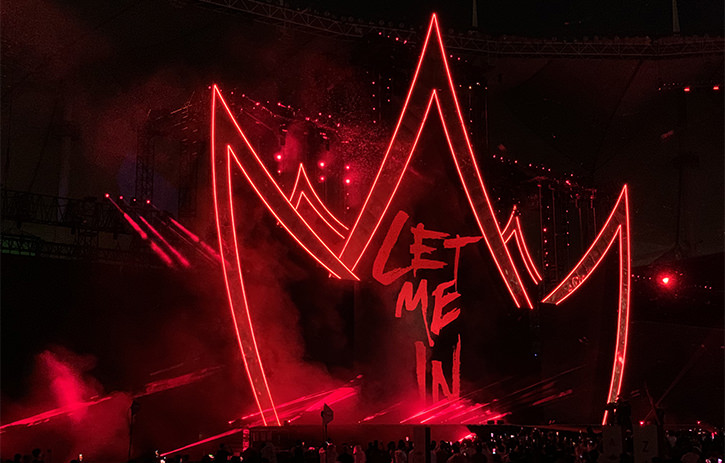 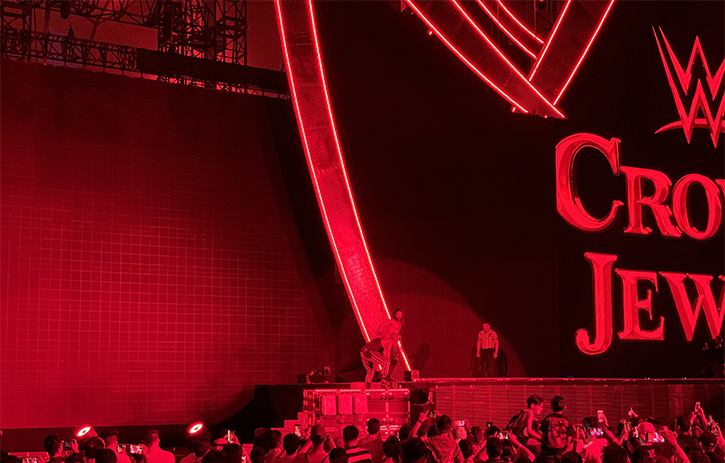 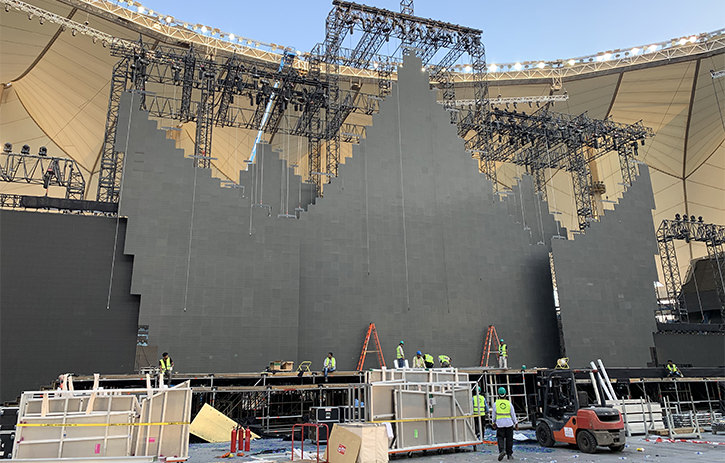 It only comes around once a year, and this year marked a big first. WWE’s Crown Jewel event reappeared in Saudi Arabia and included the first-ever women’s match ever on Saudi Arabia soil. Other news from the event included WWE’s Bray Wyatt (aka “the fiend”) winning the overall universal title over Seth Rollins.

The ATOMIC Set Construction team was happy to pull pieces from the 2018 set and head to the middle east for the set’s second build. The focal point of the event was a 95′ high video crown with neon lighting and sparkling gold graphics built here in Lititz, PA.

Special thanks to our client and partners for including us on another slick build: WWE, Production Designer Jason Robinson and Director of TV Operations Jeremy Shand.