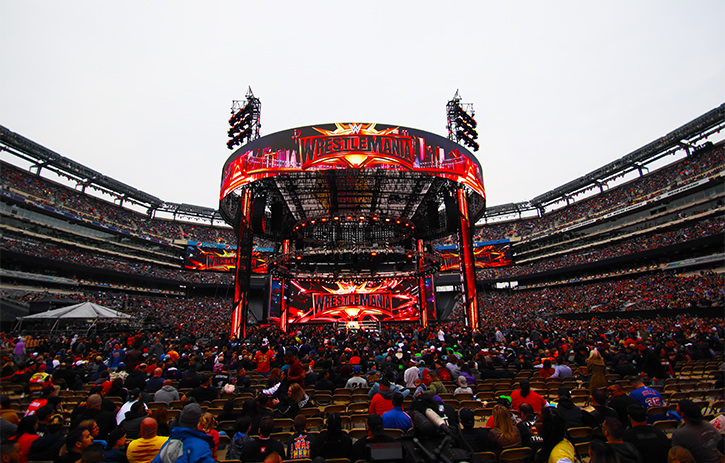 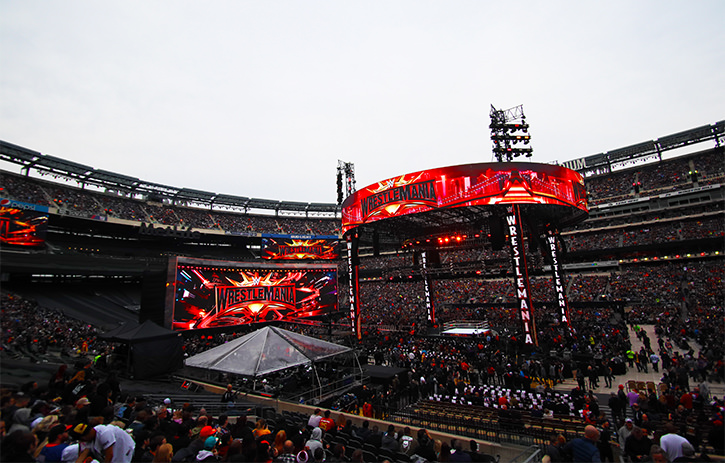 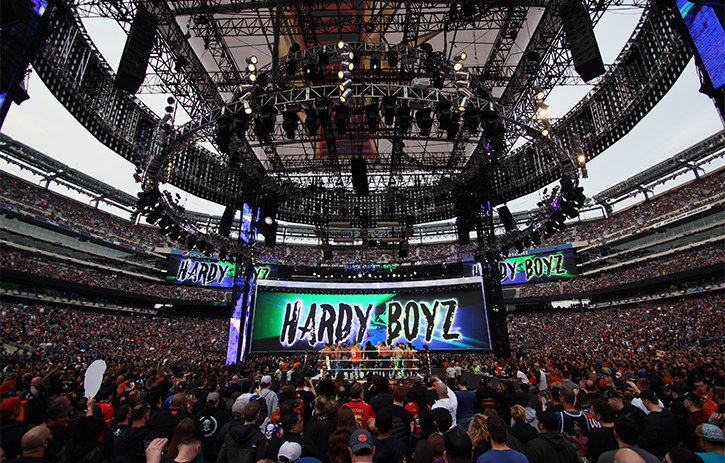 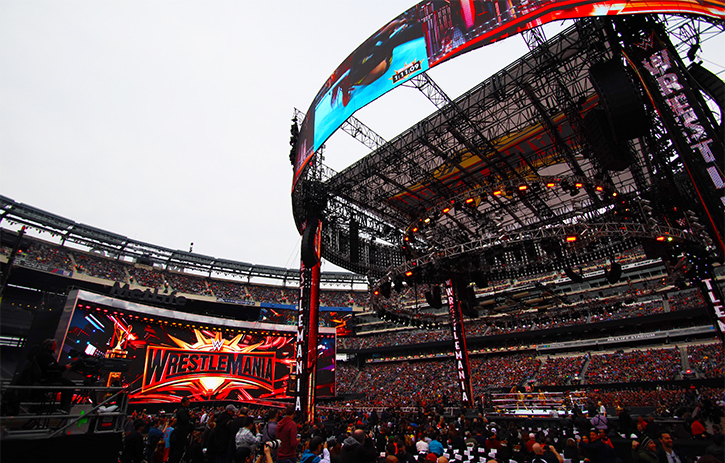 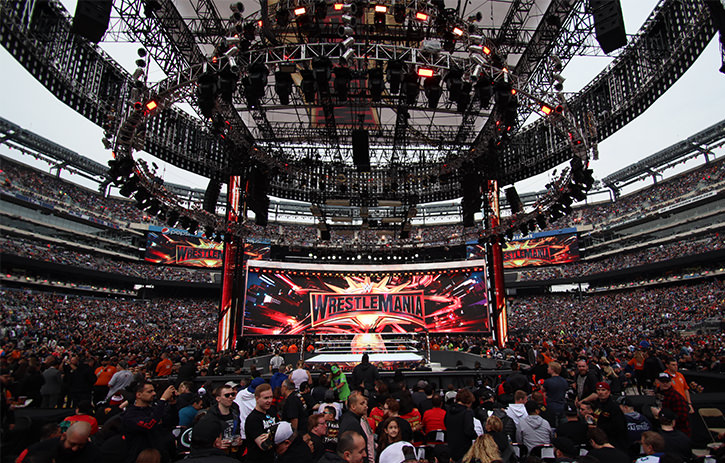 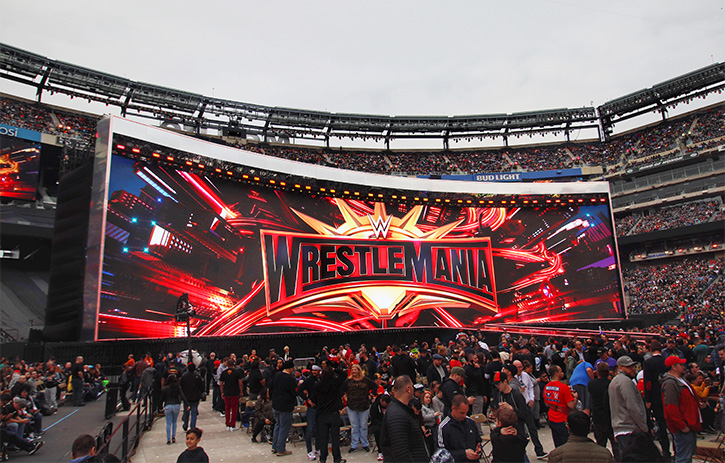 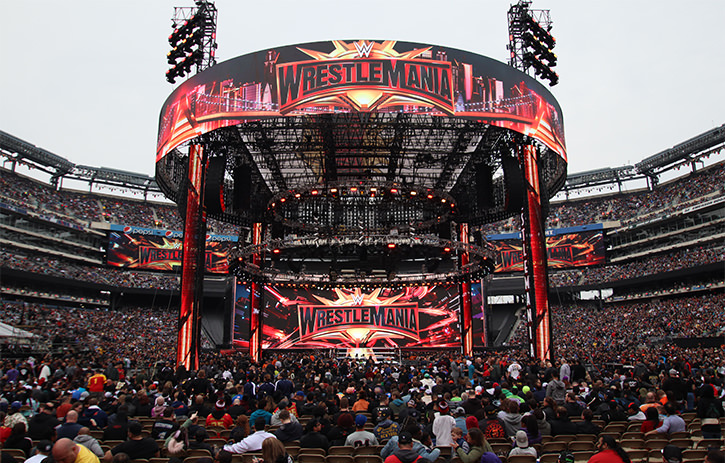 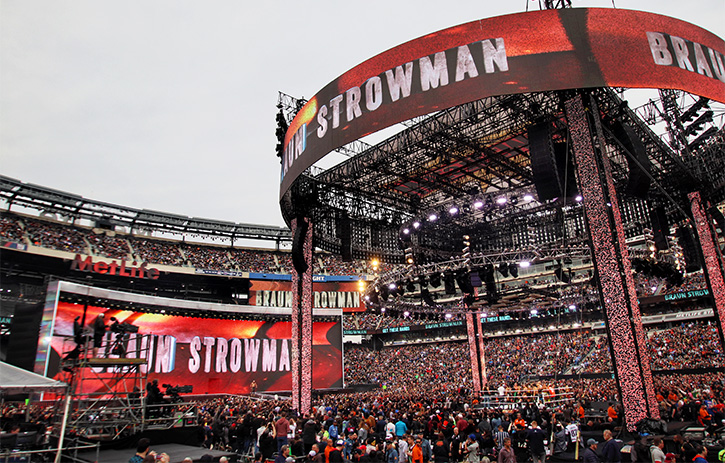 After wrapping up a successful WrestleMania Week at the Barclay’s Center, the ATOMIC Set Construction team hit the road to East Rutherford, New Jersey to install scenic elements for the main event, WrestleMania 35.

Around the center ring, our team built 12 circular framing segments and custom brackets to hold video tiles (which happened to weigh a whopping 60,000 pounds!). The main build included a custom fabricated surround along with custom brackets holding video tiles in a unique, curved formation. The event was certainly one to remember, with Becky Lynch taking home the two largest titles of the night in front of the stadium capacity crowd of over 82,000 people.

Overall, our team had a blast onsite with our longtime clients and parters: the entire team at WrestleMania including Director of TV Operations Jeremy Shand and Production Designer Jason Robinson, Stage Co, Screenworks, 4Wall and United Staging and Rigging.