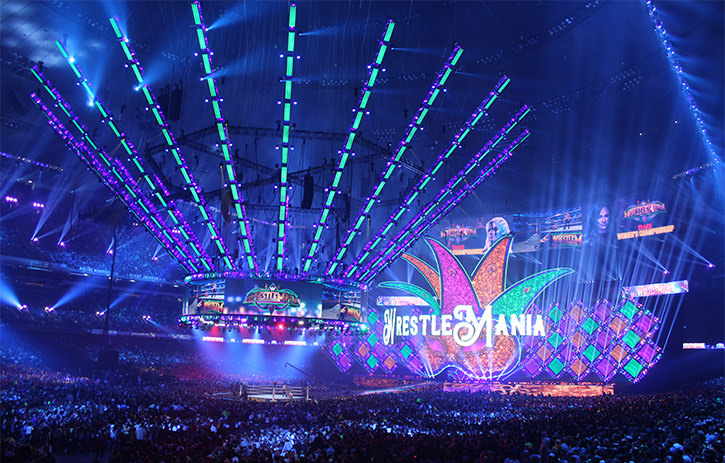 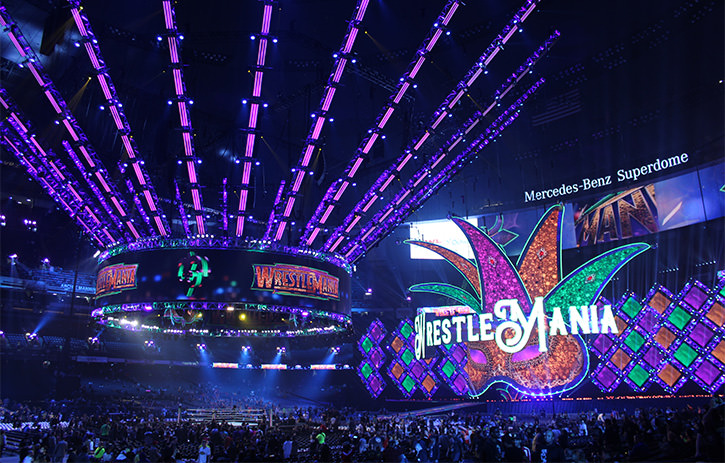 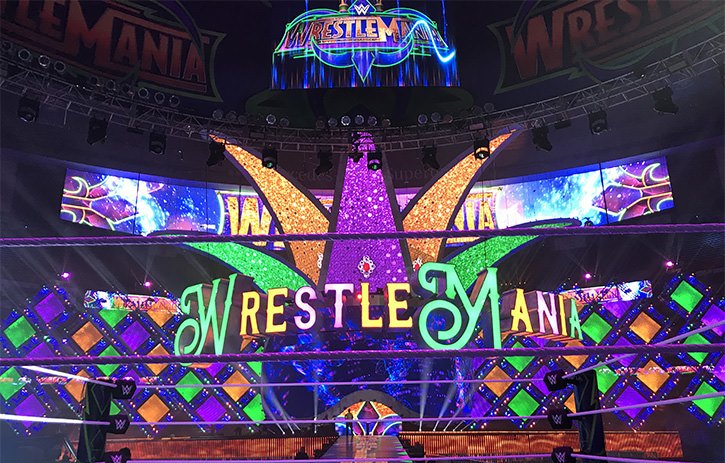 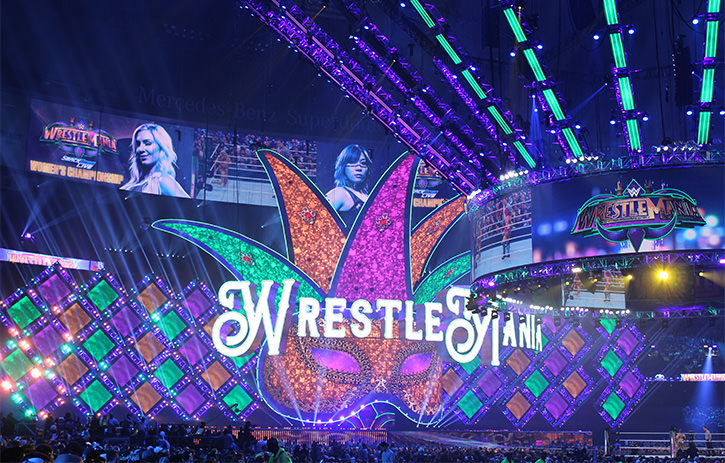 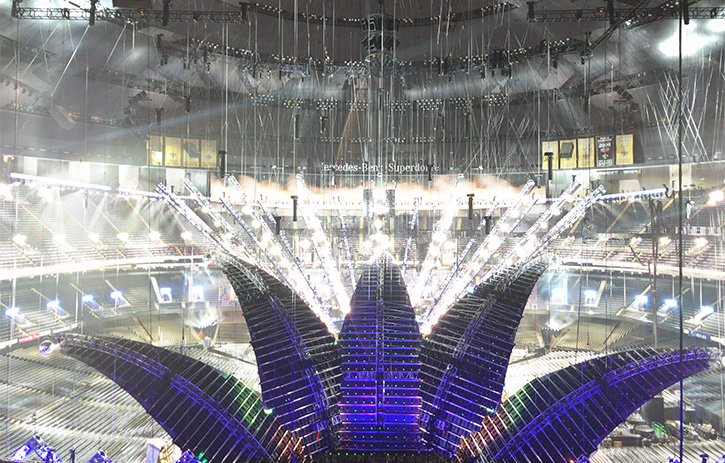 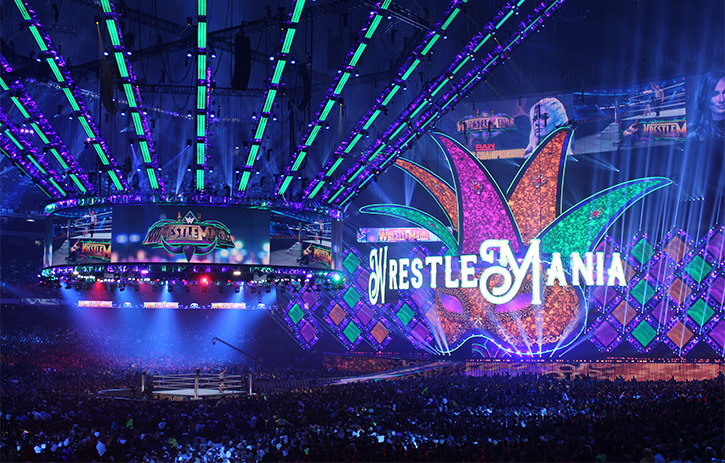 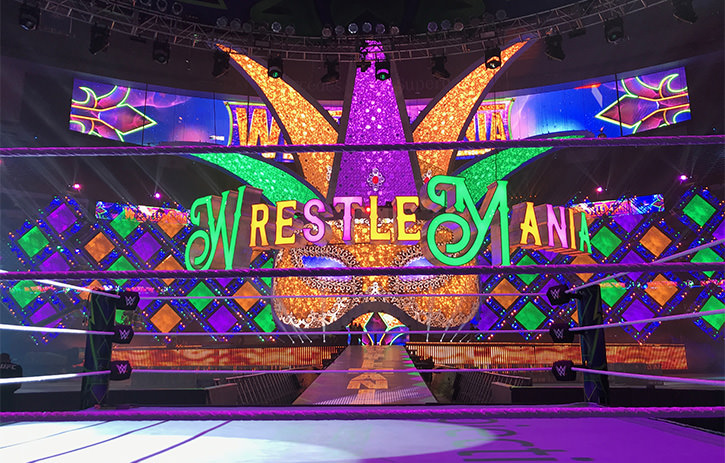 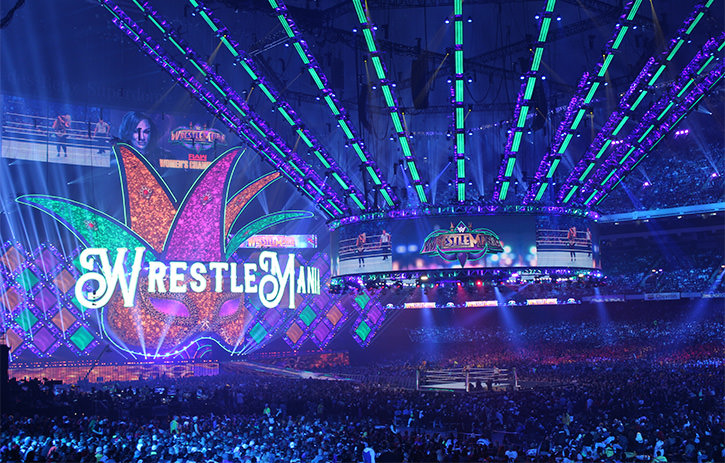 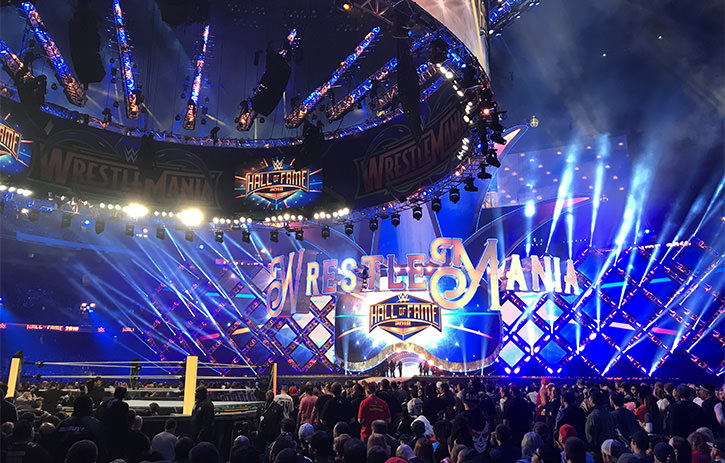 Over 78,000 fans gathered to be a part of the 34th installment of WWE’s WrestleMania. WWE superstars Brock Lesnar, The Undertaker and Seth Rollins were a few of the champions titled at the grand event which broke revenue records at the Mercedes-Benz Superdome. A mere five weeks prior to the event, the ATOMIC Set Construction team was hard at work taking Production Designer Jason Robinson’s vision and turning it into an impressive reality.

The much-talked-about set design comprised of two components built by ATOMIC, the New Orleans Mardi Gras inspired WrestleMania letters and mask. The aluminum framed letters stood 24′ tall, surrounded by LED trim and brushed aluminum skins. The letters featured lightbox faces that were capable of chases, color wipes and pixel-mapped video effects. The mask stood at an impressive 98′ tall with each horn standing at about 60′ tall. Covered in video tiles, the mask featured 300 video tiles per horn alone, all mounted on curves with custom hardware. Seventy LED fixtures trimmed the face mask to create the jeweled effect, and everything was trimmed with about 780′ running feet of LED neon. With 3.357 million viewers tuning in to the greatest WWE event of the year, it was crucial to deliver a polished set while keeping camera angles in mind.

We had a blast visiting New Orleans and working with our friends to deliver a bright and stunning set. Many thanks to our client, partners and vendors that helped to make the WrestleMania 34 build a success: Production Designer Jason Robinson, Director of TV Operations Jeremy Shand, Screenworks, Atlanta Rigging Services, Stage Co, Industrial Polishing and Grinding York, Basset Industries, Spec Fab, Fascinate and United Staging and Rigging.