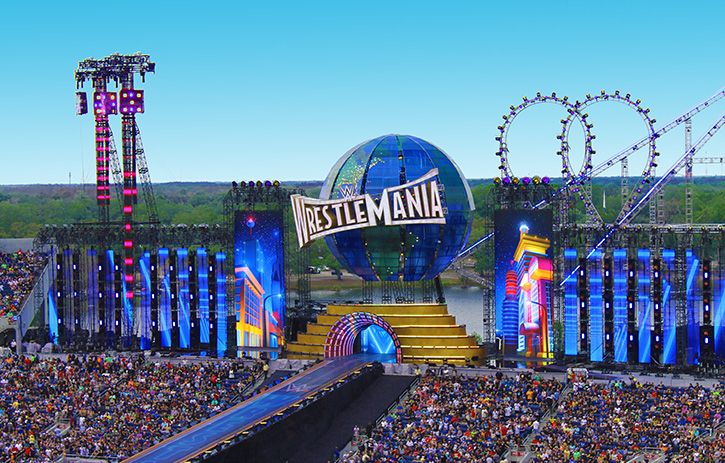 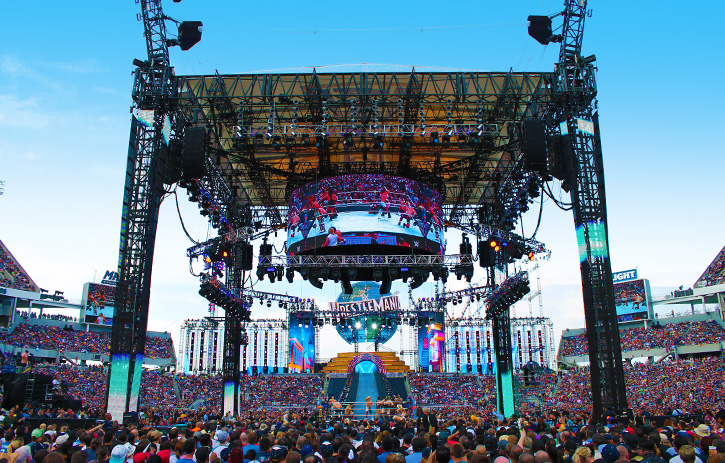 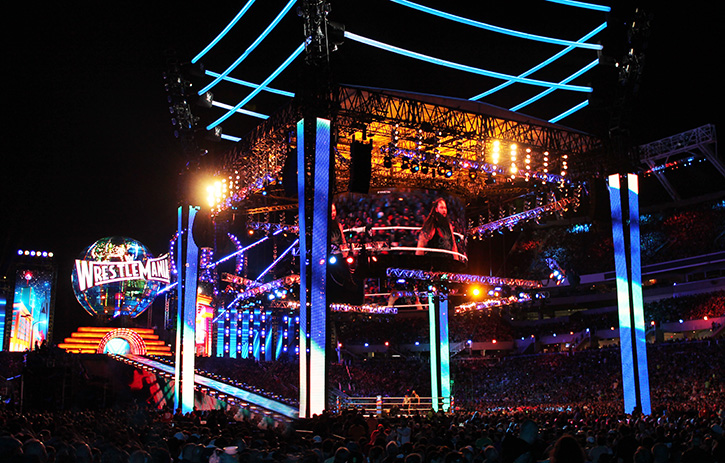 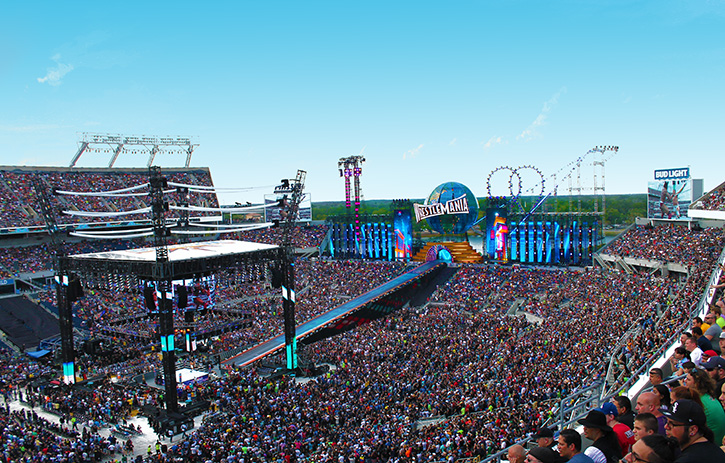 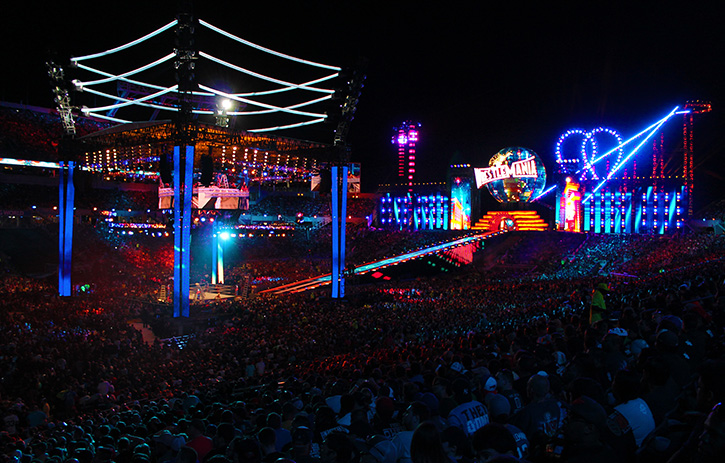 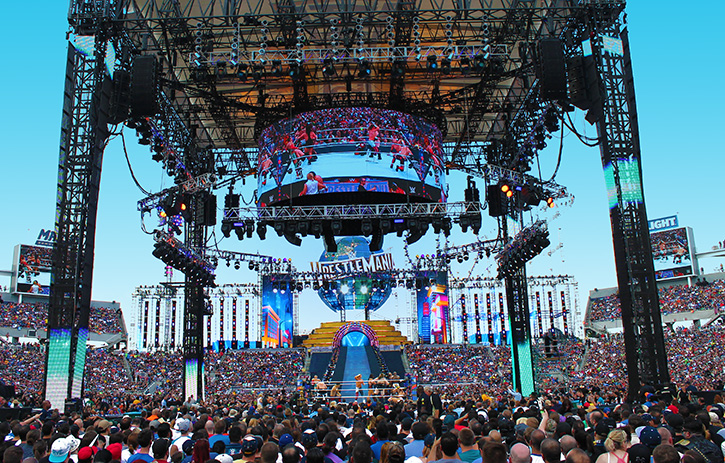 Sunny skies, good music and 13 hyped up matches are what the WWE Universe experienced at this year’s WWE WrestleMania 33 event in Orlando, Florida.  The Super Bowl of wrestling, an impressive 75,000 people hit the stands at Camping Ground Stadium to watch and the ATOMIC Set Construction team was excited to be a part of it by building the impressive globe, sign and base.

That magnificent globe was a real eye-catcher. With a diameter of 54 feet, that globe was built with 176 unique pieces framed out of aluminum box tube with a steel substructure and landed on a superstructure provided by ARS and StageCo.  The skin itself weighed in at approximately 18,000 pounds, but more impressively all of the structures combined on that upper plaza level had over 1,000,000 pounds of ballast to cope with the massive wind loads at the end of the stadium. Did you catch the extra sparkle in the globe? That was because we had 300 LED nodes affixed to the globe representing city centers that could twinkle. And that cool see-through blue look? It was created using a blue polycarbonate twin wall material. The internal volume of that giant globe? Roughly equal to four Boeing 747-400s. It’s also been noted that it could hold 678,136,470 jelly beans. Pretty impressive!

In front of the globe sat a 70’ wide sign that was framed and skinned out of aluminum with a glitter gold vinyl. The sign alone was built as 17 individual components that were flown into place with cranes and sheer determination. The sign weighed in at approximately 12,000 pounds and included roughly 300 individual RGBA fixtures lighting it internally.

We like to break records here at ATOMIC, and this year we broke the record of building the largest sphere. Shout out to our clients, partners and vendors who made this record-breaking scenery possible: WWE, StageCo, All Access, 4Wall PA, ARS and United Staging and Rigging.