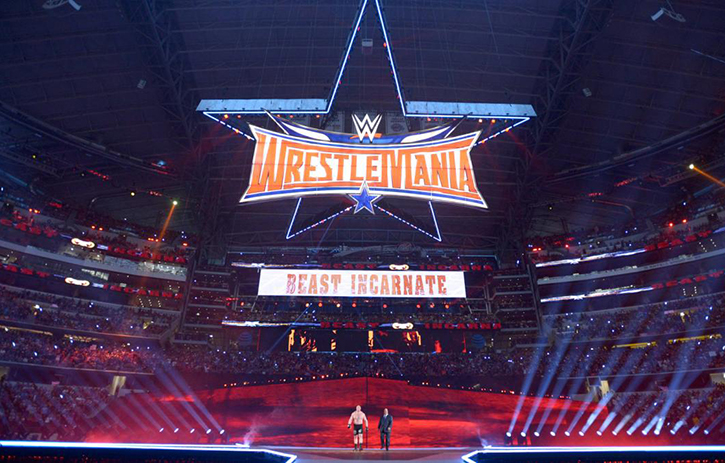 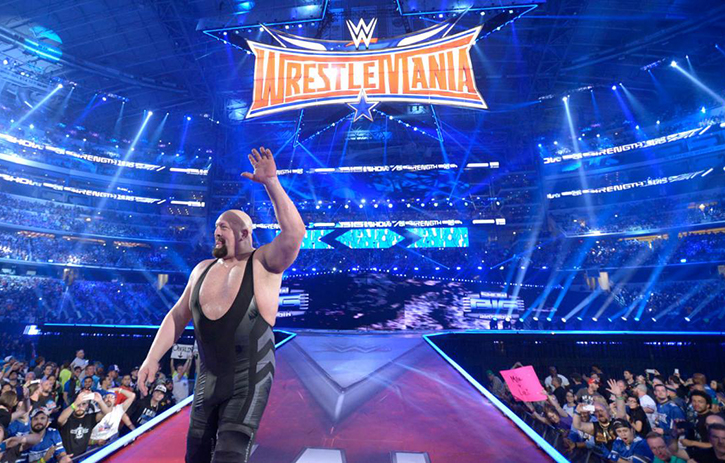 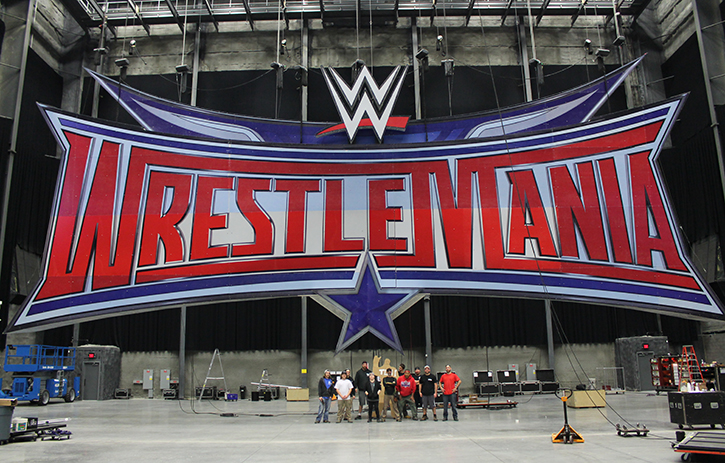 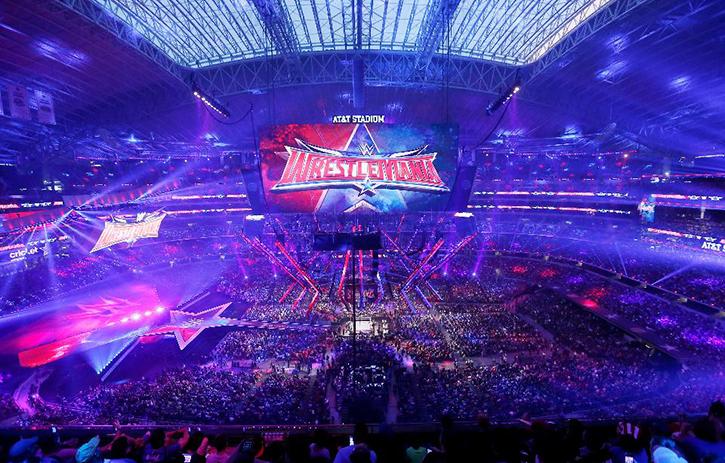 Here at ATOMIC, we like to do things “bigger and better.” How big? Try building a giant star 130 feet wide with a logo lightbox sign over 90 feet wide and 35 feet tall for Wrestlemania 32. Our Set Construction team was psyched to get the call from WWE to build the signature logo sign for the annual Wrestlemania event. While it looked tiny in the AT&T stadium, the monstrous sign was built for the fans and at-home viewers alike to get a taste of the Wrestlemania 32 branding.

Wrestlemania 32 broke attendance records with 101,763 fans filling the stadium in Arlington, TX. Team ATOMIC set out to break some internal records for “largest sign built.” The sign and star weighed in at 55,000 lbs. with 700 fixtures and 27,000 watts of light inside the Wrestlemania logo lightbox. The Set Construction team spent a week teching the sign at Rock Lititz Studio, right down the street from our HQ. Thanks to Carsten Weiss with C2W Rigging and Tim Franklin with Theta Consultants for their expertise! With every single piece tested and repacked, our all-star team headed to Texas, loaded in extra fast (since the production schedule was pushed up by two days after everyone was on site) and then watched as the sign illuminated the AT&T stadium, fans and lots of professional wrestlers. A big thanks to Jeremy Shand and WWE!