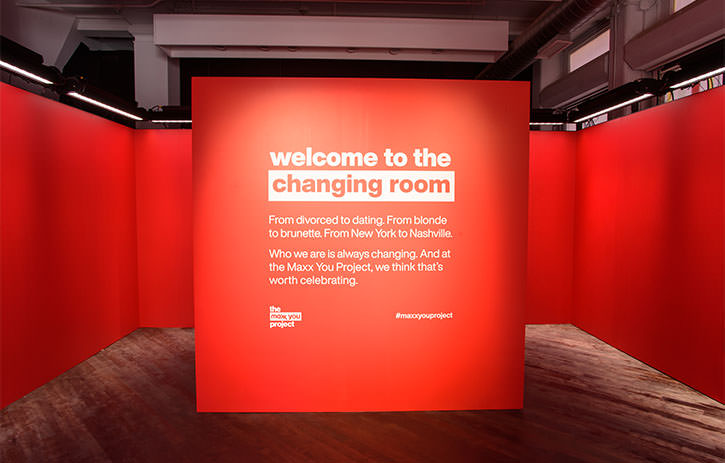 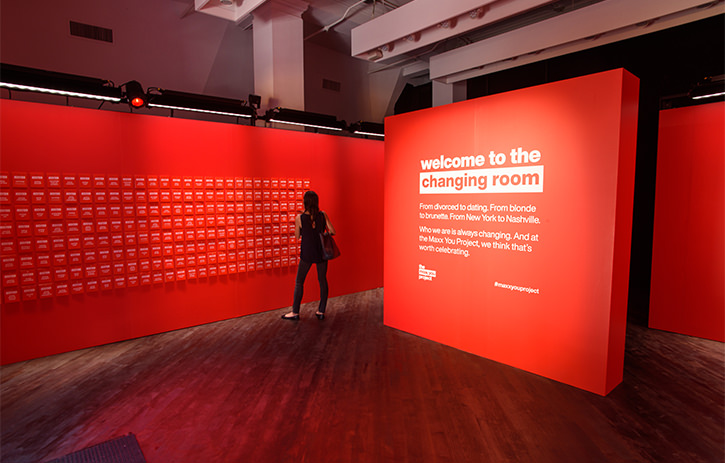 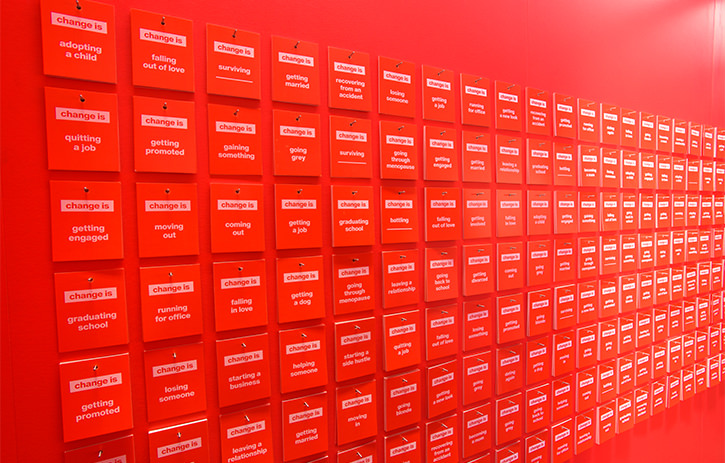 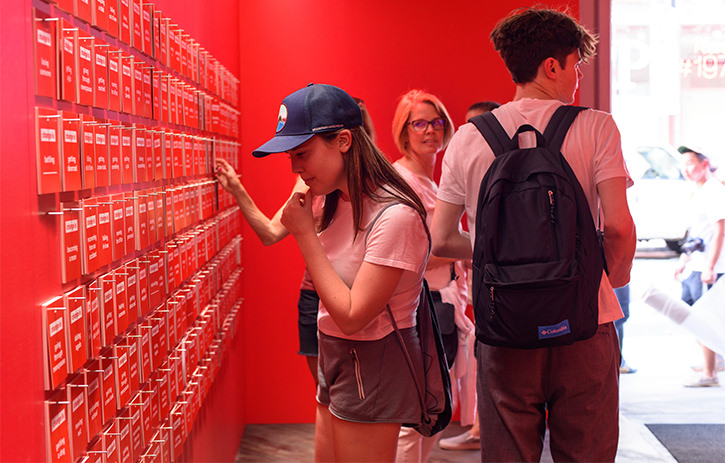 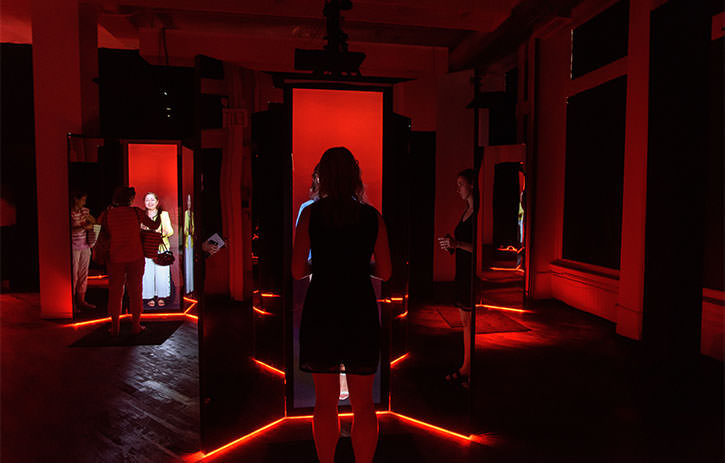 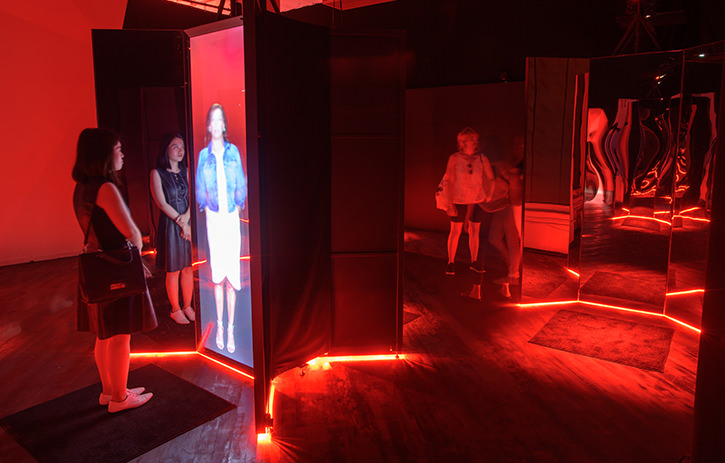 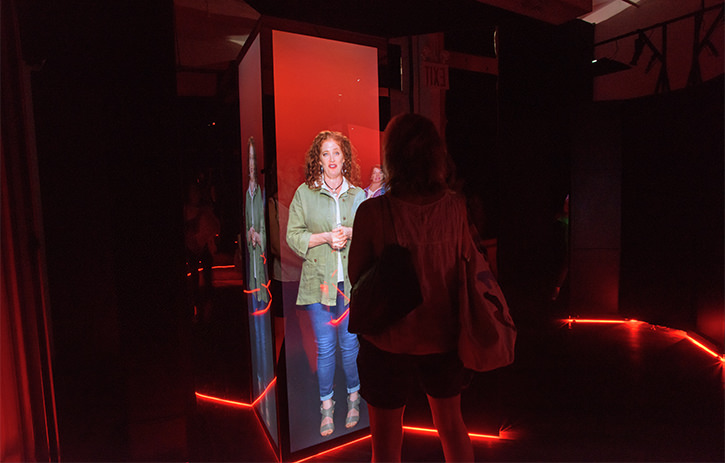 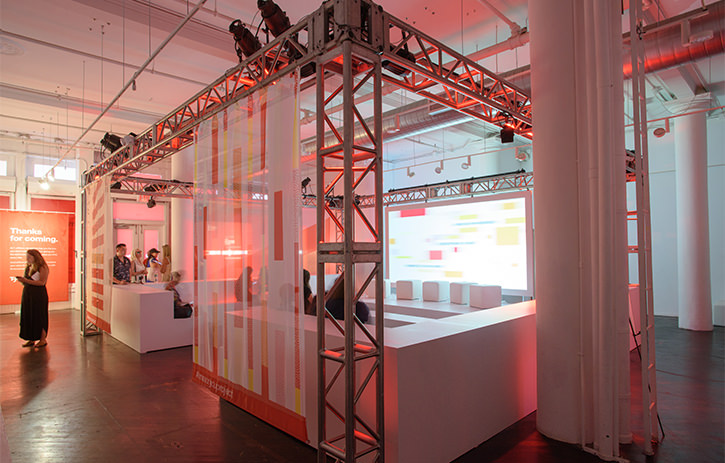 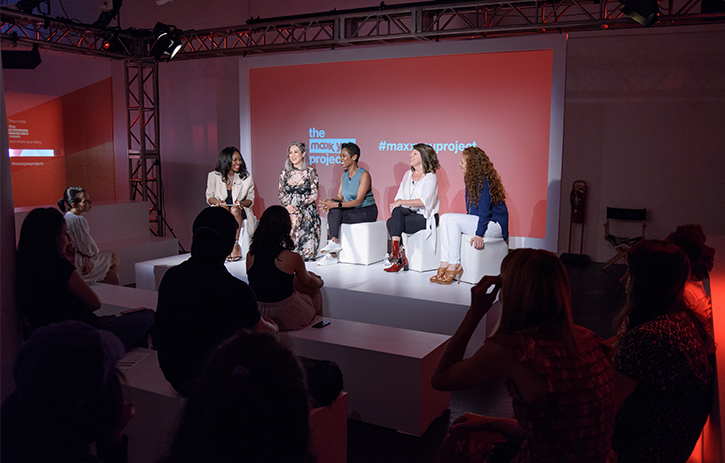 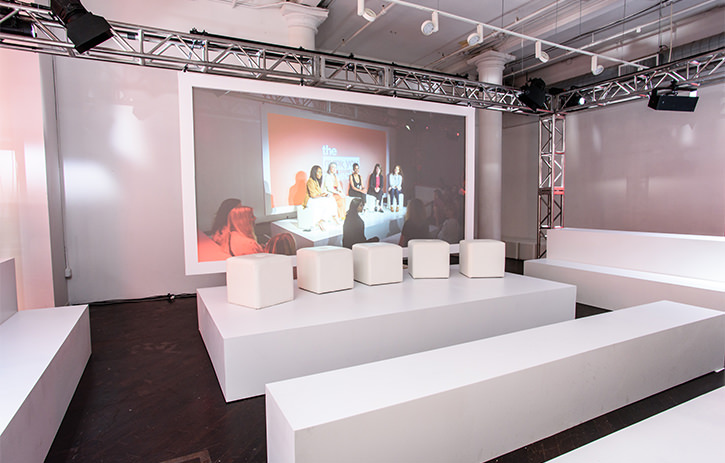 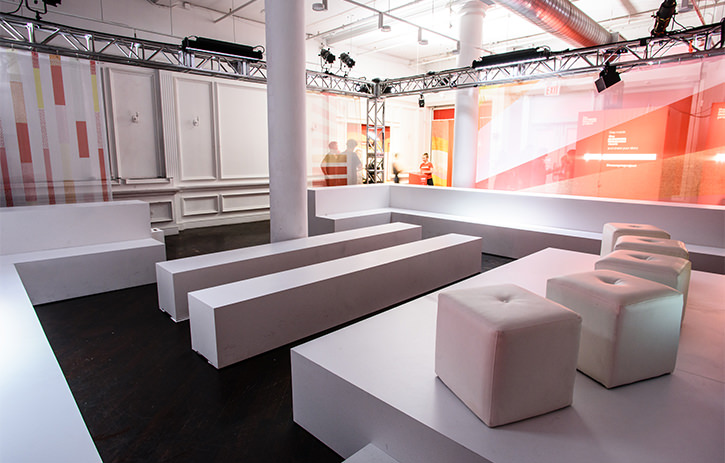 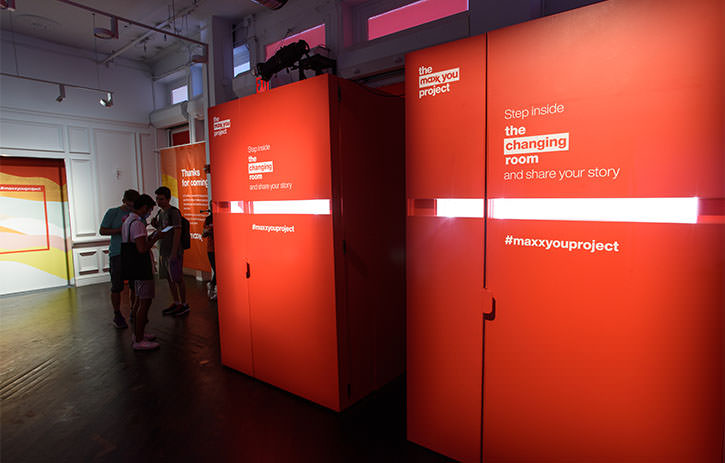 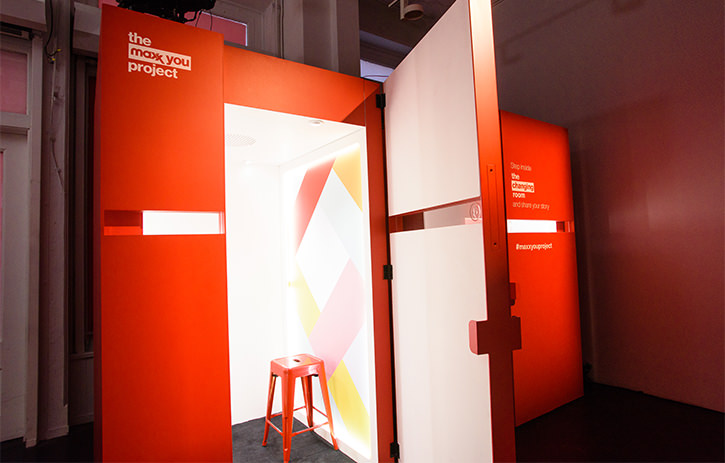 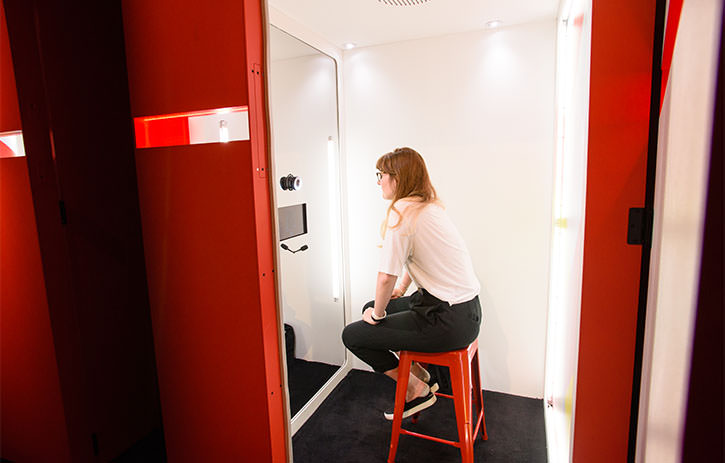 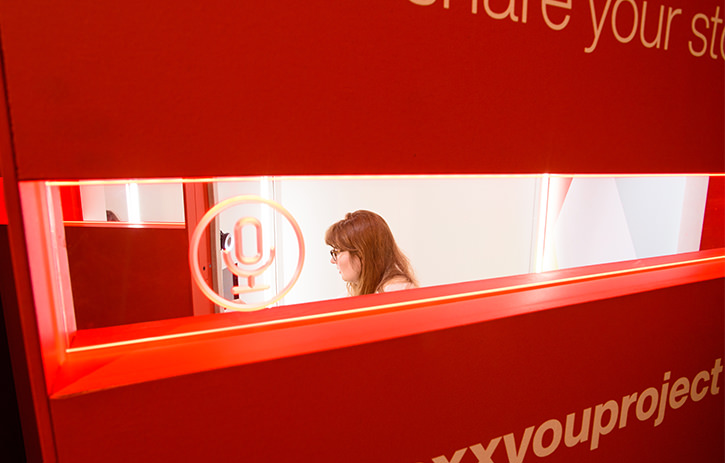 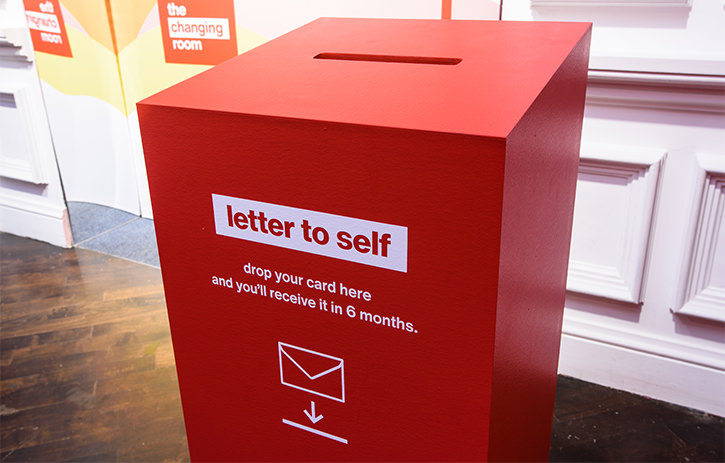 T.J.Maxx launched a campaign called “The Maxx You Project” which celebrates women’s change. As part of this project, the chain decked out a space in New York City’s Soho where they built an experiential pop up called The Changing Room. The ATOMIC Set Construction team was excited to contribute to transforming the space into an interactive experience.

Walking into the space, guests were greeted with an all red foyer built from painted red flats which included 256 stainless steel dowels that had greeting cards on them. The experience continued into another room where 5 custom built freestanding units were placed. When guests walked up to these units, they saw themselves in a two way mirror which immersed them into an interactive video display. A motion sensor would kick in and transform the image on the mirror to someone else.

A long hallway of masking flats led guests into the stage and performance area. Our team constructed seating risers, benches and the stage as well as the rear projection screen. This space was used throughout the three day experience for motivational talks and presentations. This room also included two freestanding changing booths. These sound dampened booths were built for guests to step inside and record their personal stories of change via audio and video. With mostly wood construction along with metal accents, these booths were resourcefully built to breakdown into smaller pieces to fit into the venue. Each booth included an edge lit engraved acrylic window in the doorways. When someone was inside recording a message, a light would come on in these windows.

Overall, it was an awesome experience being involved in the build of such a motivational, experiential pop up and wouldn’t have been possible without our client and partners: Radical Media and Smart Source.