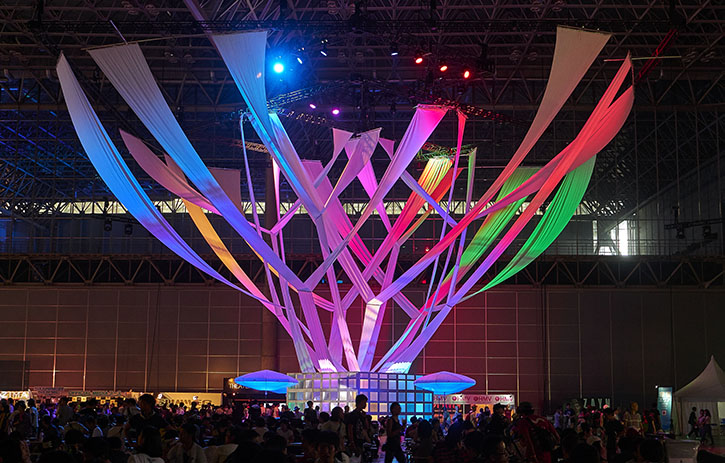 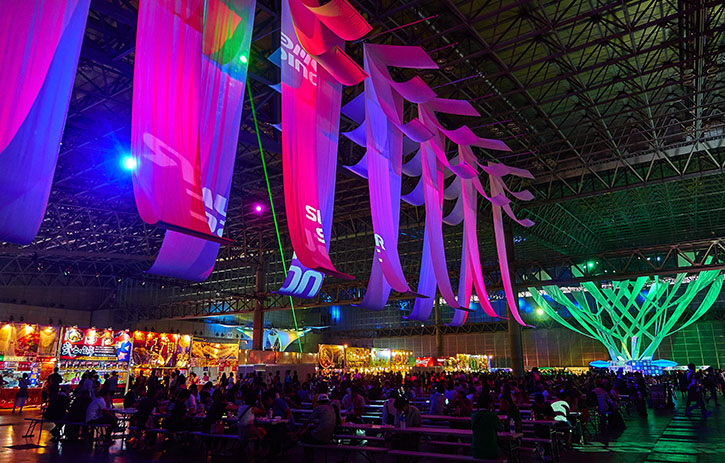 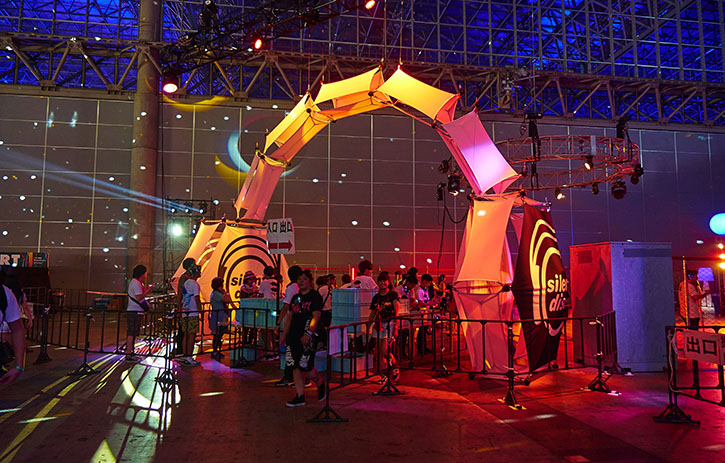 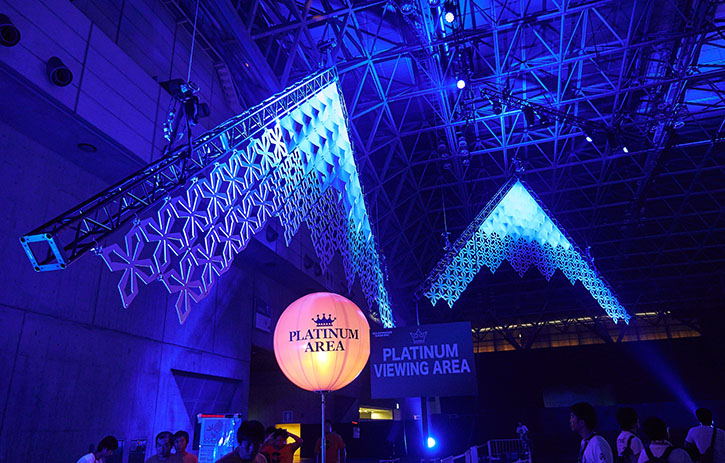 Returning for the eighth year in a row, ATOMIC joined CreativeMan Tokyo at the table and collaborated on the annual Summer Sonic Festival. Summer Sonic is always a great showcase of multiple ATOMIC capabilities coming together to build one very large show. The ATOMIC Design team hit the project first, brainstorming ideas to reuse part of the show to keep costs low while giving the festival a fresh new feel at the same time.

Speaking of new, did you see those giant headphones in pictures above? Building on ATOMIC’s existing SuperLever technology, the Design Team debuted a new geodesic product consisting of struts and nodes that support fabric panels, and can build all kinds of shapes and objects, including those super hip large headphones! What on earth encouraged us to make such enormous headphones? Designer Tom McPhillips was inspired by one of the festival stages called Sonic Stage, which led him to the stellar idea of designing and building huge headphones to hang in the space!

With the ATOMIC Rental Solutions launch in Japan this past January, ATOMIC was eager to use product directly from our Tokyo location to provide logistic cost savings to the client. We packed up some of our favorite SuperLever products and created a branded SuperWall entrance as well as some “mountains” of SuperLever panels for the Mountain Stage. Loading in these SuperLever products was a brilliant showcase for how fast and effective our rental product can be for an event like this!

Overall the Summer Sonic Festival was a very successful event with an enormous visual impact. Special thanks to our client CreativeMan in Tokyo!