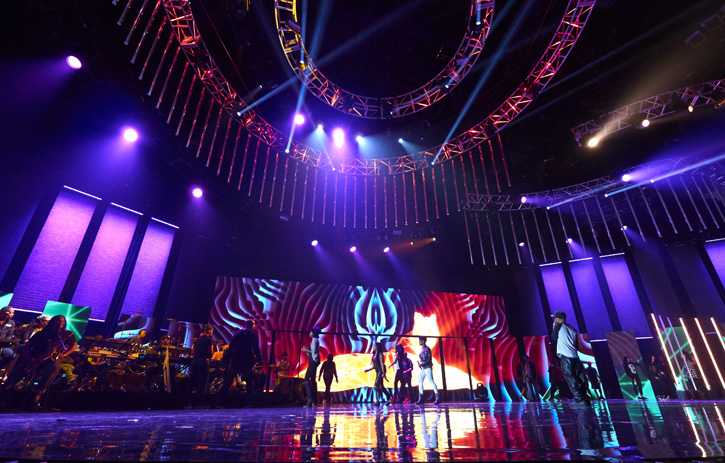 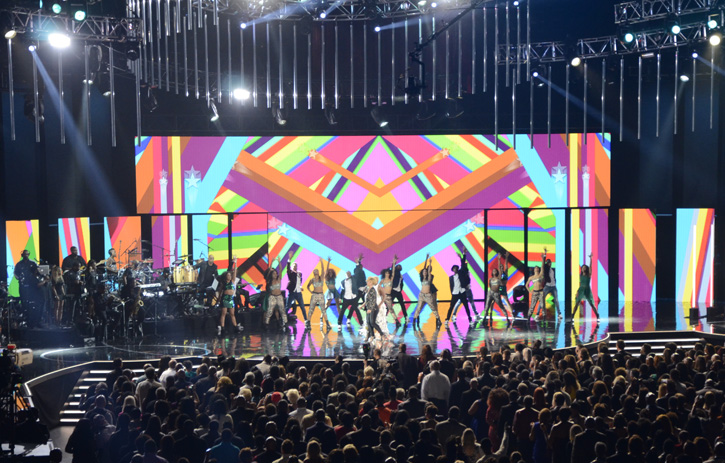 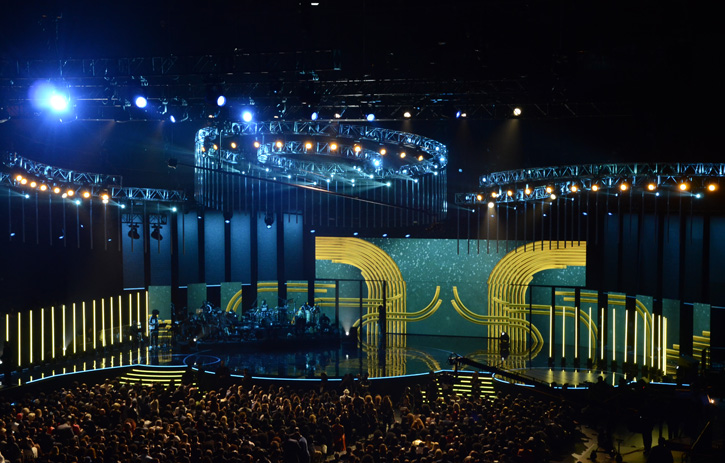 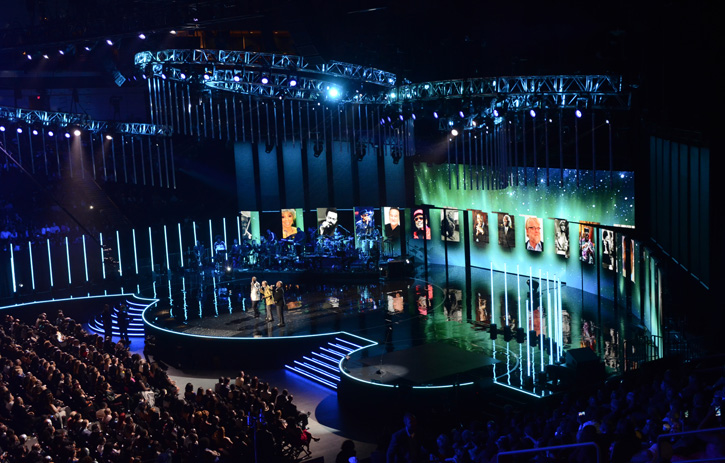 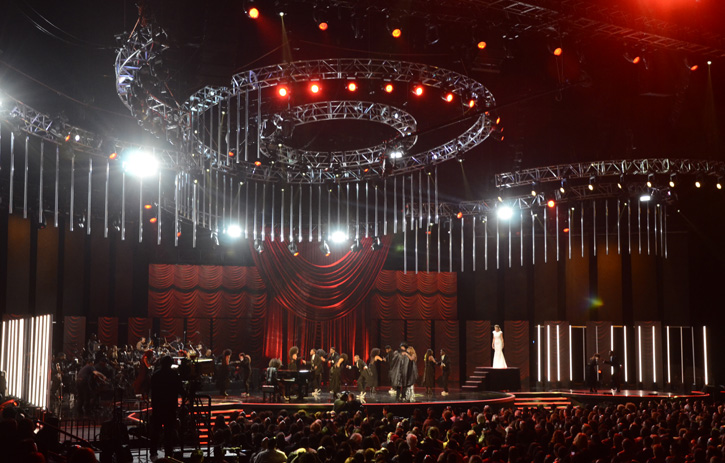 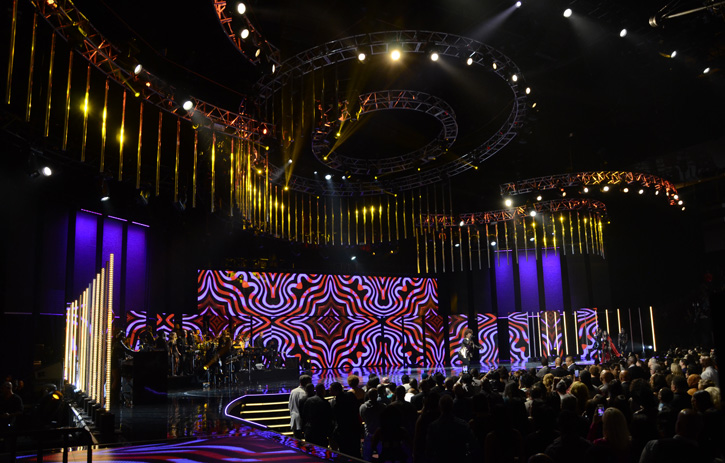 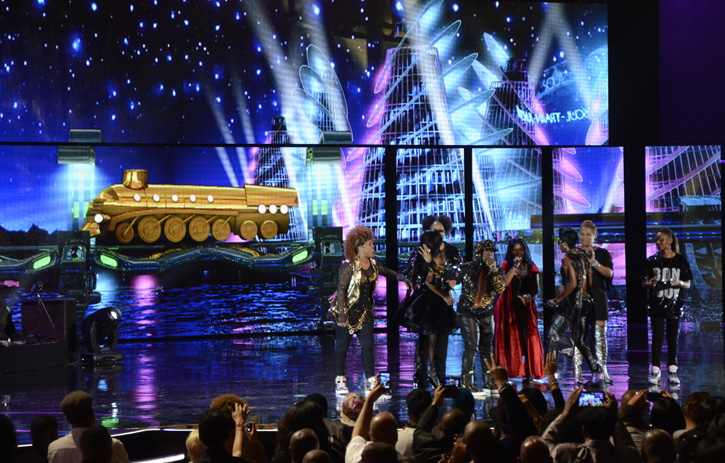 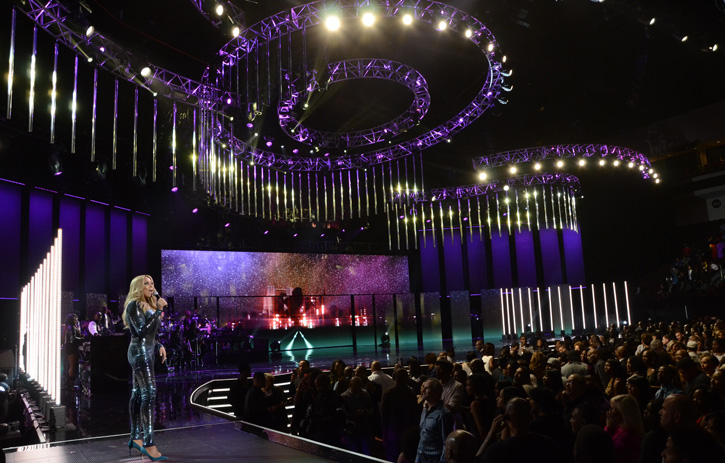 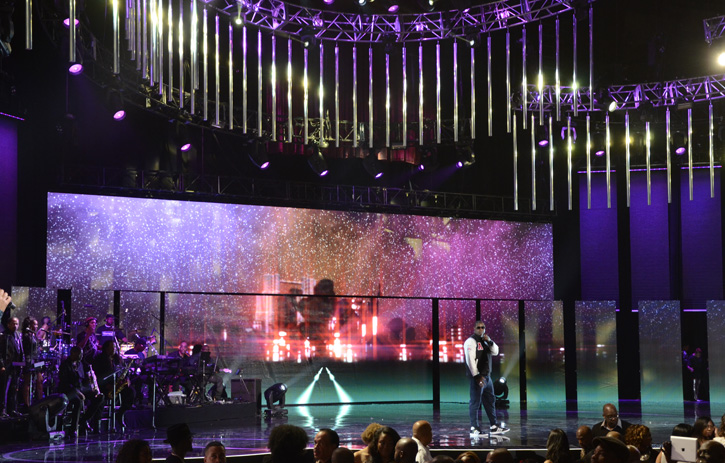 The 2014 Soul Train Awards designed by ATOMIC founder Tom McPhillips encapsulated black music culture, femininity and the legacy of the iconic Soul Train show.  McPhillips worked alongside Bart Phillips who produced the show to create this year’s stage look and bring the show’s major ingredient of original screen content to an even higher level than in years past.

The stage, designed and built by ATOMIC, created a widescreen vista and though the set itself used more minimal design elements than in previous years, it put the emphasis firmly on  screen content above all else. When in the course of the run up to the show, a new host, Wendy Williams was announced, McPhillips scrapped his first more geometric stage design and went back to the drawing board to create a softer, more curvy look that fit Williams’ persona. The design also played in to the new more feminine vibe that Centric Network is leaning towards in its ongoing programming.

Team ATOMIC incorporated a design specifically for the JitaCam that was included for the first time in the roster of cameras shooting the show. This exciting new camera technology (an upside down tracking jib mounted on a lighting truss) captures incredible, wide overhead shots. In order for scenic elements to look ideal from a birds eye view, the design was conceived as an almost 270 degree environment to exploit the extreme wide angle view that the camera achieves. Scenic elements like the hanging polished aluminum pipes were designed specifically for the JitaCam to make sure that something was happening visually at every level of the set structure.  There was no hiding from this camera, every part of the stage, lighting and rigging could end up in its sweeping close-ups!

In addition to designing the stage, Team ATOMIC created nearly all the video content for the show. McPhillips worked with a team led by Dejha Ti Mascellino to create content for the many performances and Charlie Cook, the show’s Art Director, created all the cool, interstitial show looks.  The only exception to this was Chris Brown’s amazing opening performance which Om Bomani Ayinde and his team at Bravo Entertainment produced for Mr. Brown.

A huge thanks to the Soul Train Awards team for crediting Tom McPhillips as Co-Producer and Production Designer on the show. Our special thanks to Executive Producers Bart Phillips, Paxton Baker and Doug E. Fresh, Line Producers Allen Kelman and Phil Hack for making this such a brilliant experience for everyone and a really huge vote of approval for Lighting Designer Ottis Howard who with Mike Appel and Randy Trew lit the show to perfection.