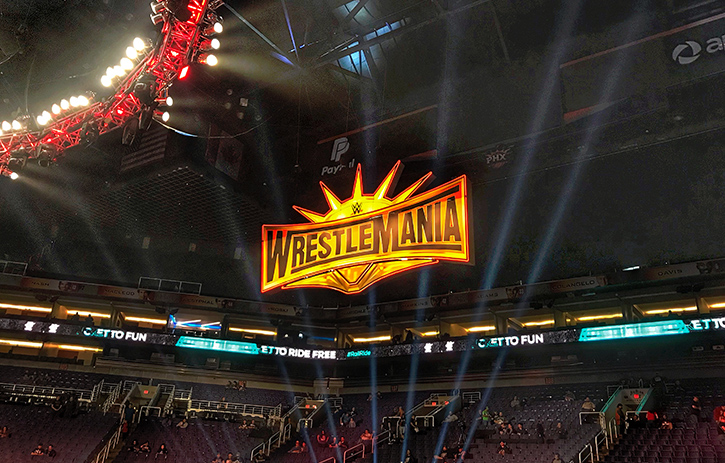 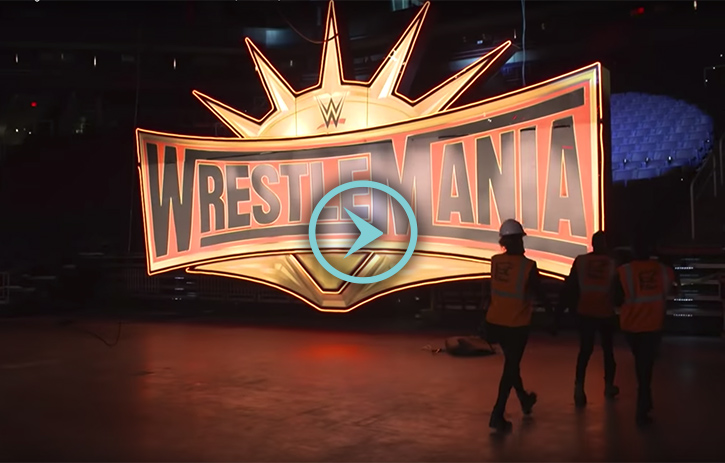 With great anticipation for WWE’s main event of the year, WrestleMania, participants battle in a seven week long series of competitions known as the Road to WrestleMania for a chance to battle at the big event. Team ATOMIC was excited to work with Designer Jason Robinson on the build of the large iconic sign that hung above the ring for all to see.

That large flown light box was 35′ wide and 20′ tall and weighed in at 2,000 pounds. The main body of the sign was printed as a seamless piece of polycarbonate and included 40 regions of lighting control. Helping to make it stand out, 240 feet of RGB neon encircled the outside of the sign.

Team ATOMIC loves working with the team at WWE and couldn’t have made this project possible without the help from our awesome client and partners: WWE, Designer Jason Robinson, Atlanta Rigging, and Roe Fabricators, Inc.