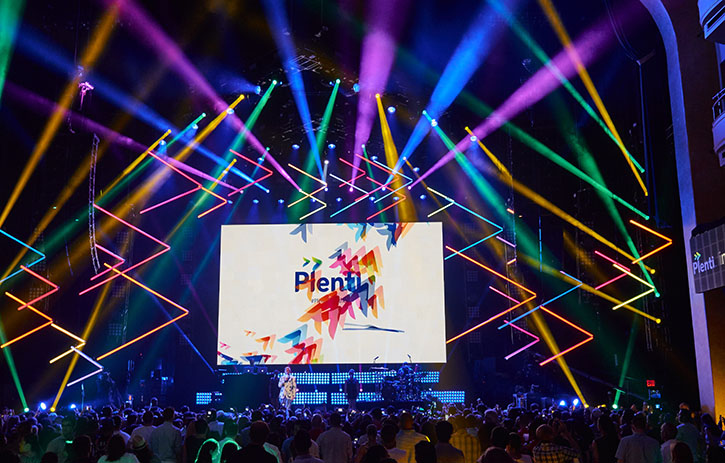 The Plenti logo inspired the entire look for the show 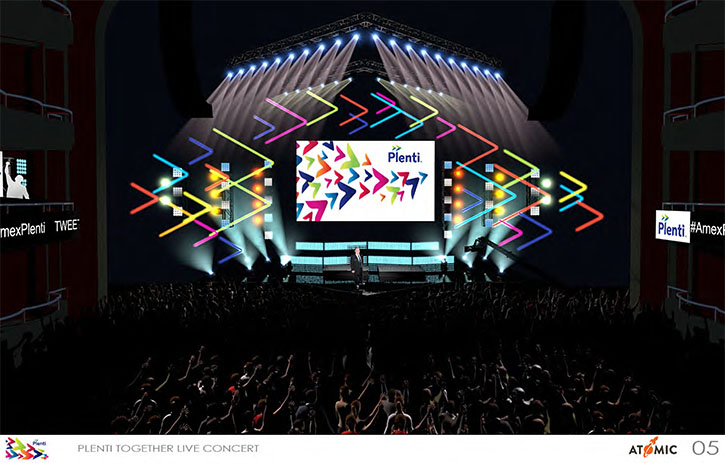 Rendering of the main stage look 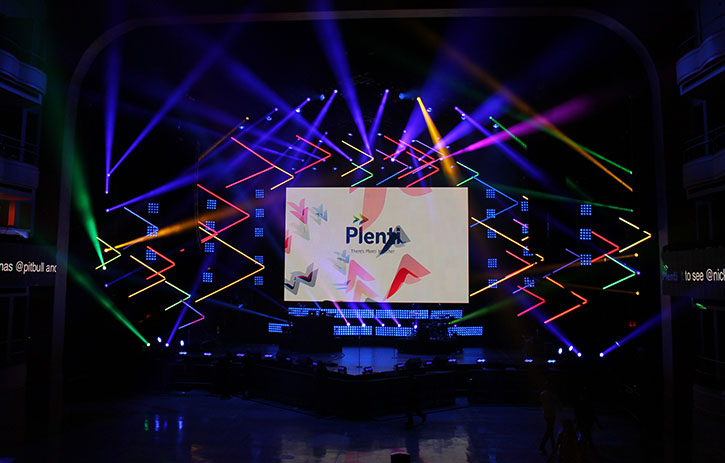 PlentiTogether Live at the Hammerstein Ballroom 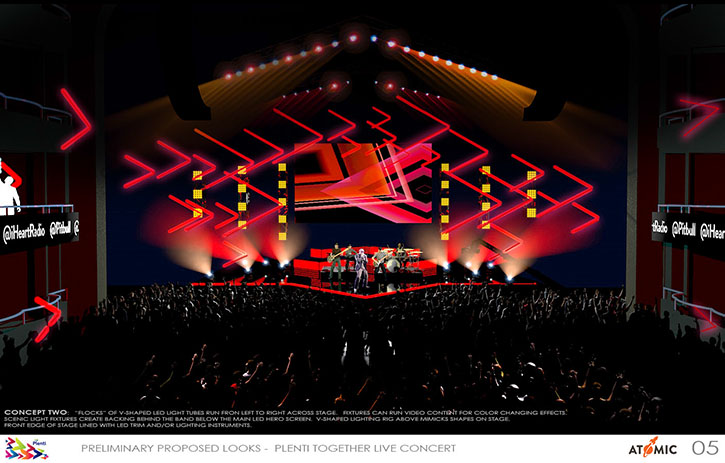 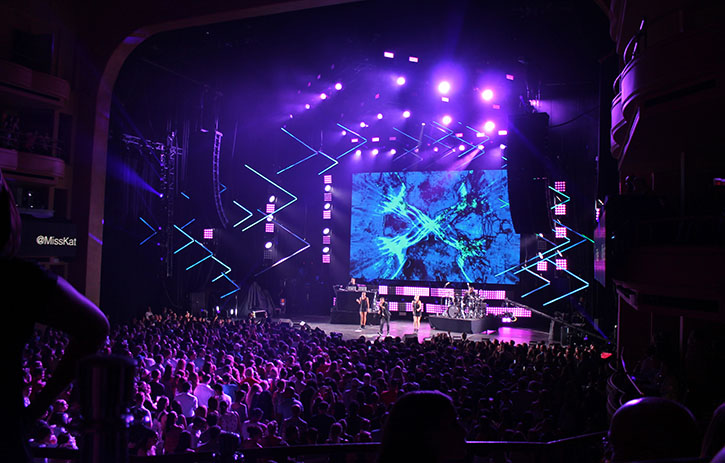 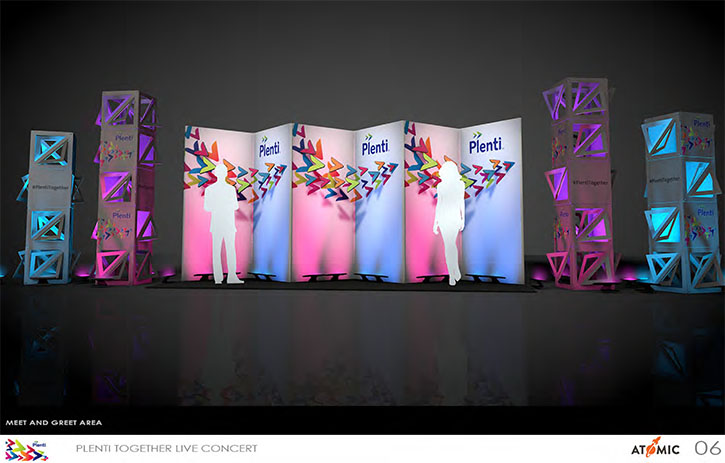 Rendering of the Step and Repeat area 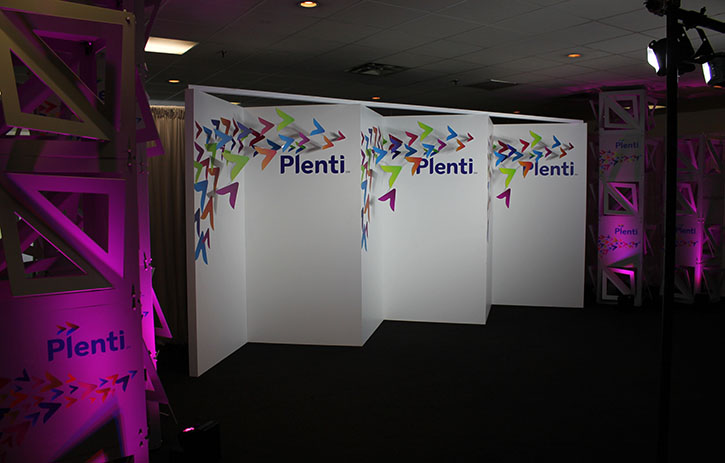 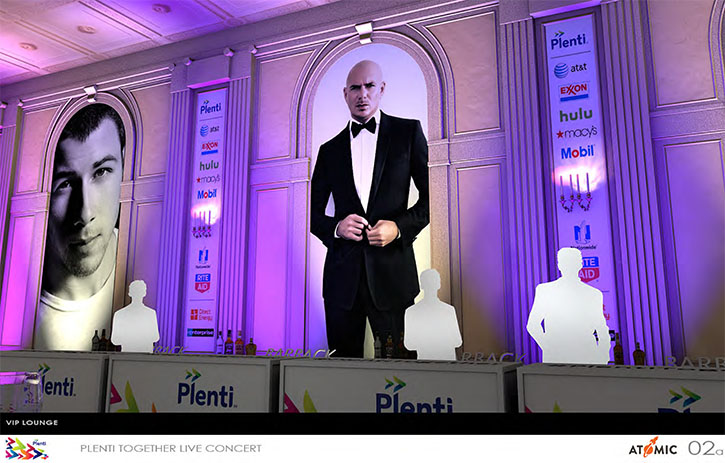 Rendering of the VIP Area 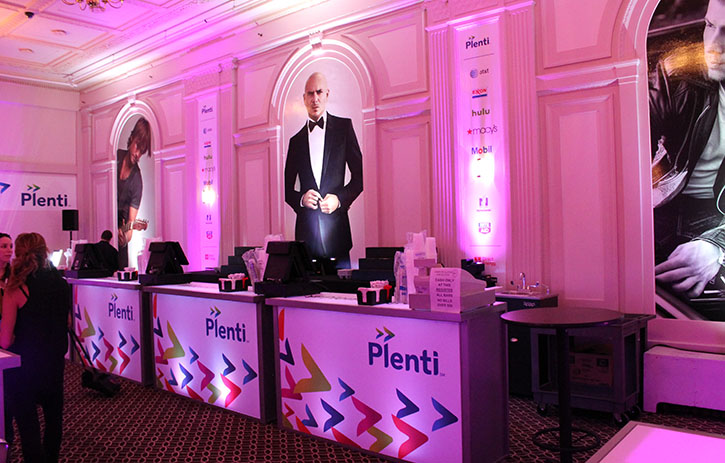 A combo of country twang, modern pop and latin rhythms brought together fans of all kinds at PlentiTogether Live in New York City. Lucky sweepstake winners and AmEx Plenti Rewards members experienced an exclusive, one-of-a-kind concert featuring Nick Jonas, Keith Urban and Pitbull at the Hammerstein Ballroom. ATOMIC was brought on board to design and build the show, produced by iHeartMedia and DPS, which brought together three artists that you’d never image would be in the same line-up.

Designer Andi Blady created a look for the show that played off of the Plenti logo. The concept was simple and clean to accommodate the one day load in at Hammerstein Ballroom. Like the Plenti Logo, the stage design include V-shaped video product that featured high energy content and filled the negative space on stage. Our Set Construction team created frames for all the video product so it was simple and pre–rigged for the quick load in.

The Plenti logo inspired the concept through the press meet and greet area, the sponsor branded VIP areas, the lobby/promenade entrance and the stage. Our graphics team was hard at work decking out each area with tons of custom graphics and custom SuperColumns. The design emulated the color, feel and look of the logo through video content. The video content design played with the movement of light and video that ran through the V-shaped video tubes and through the main stage.

Even with the challenge of a 48-hour event schedule, from load in to load out, ATOMIC delivered a branded, VIP, high energy experience. Hosted by iHeartRadio personality Elvis Duran, the night was unforgettable for all concert-goers as they watched Nick Jonas, Keith Urban and Pitbull rock on stage.

Many thanks to iHeartMedia, American Express, The DPS production team, Light and Video provider VER, and the always amazing Lighting Designer Tom Kenny.