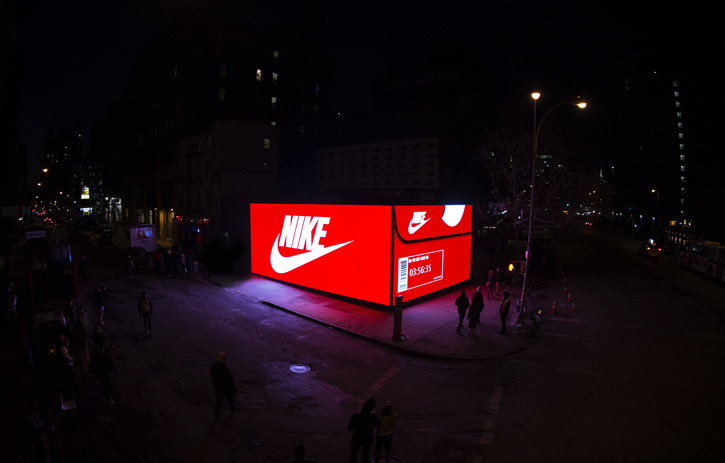 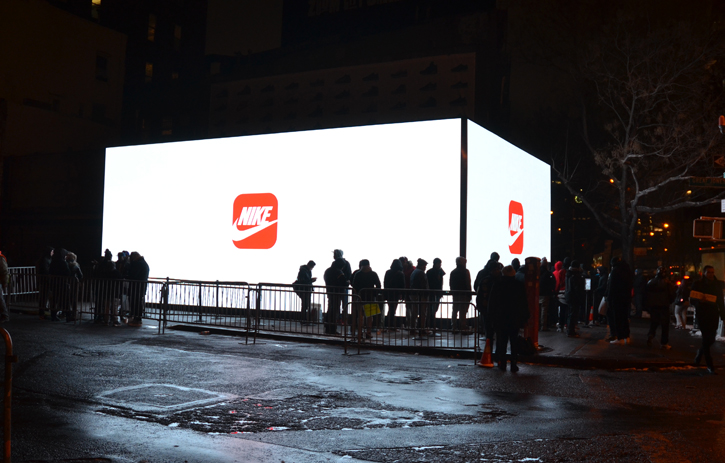 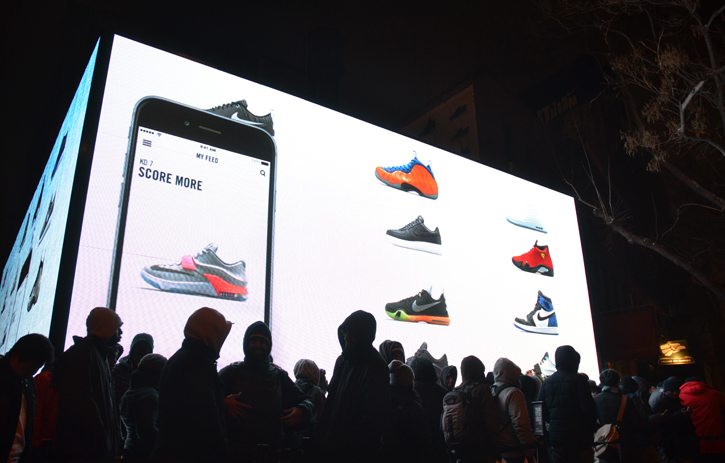 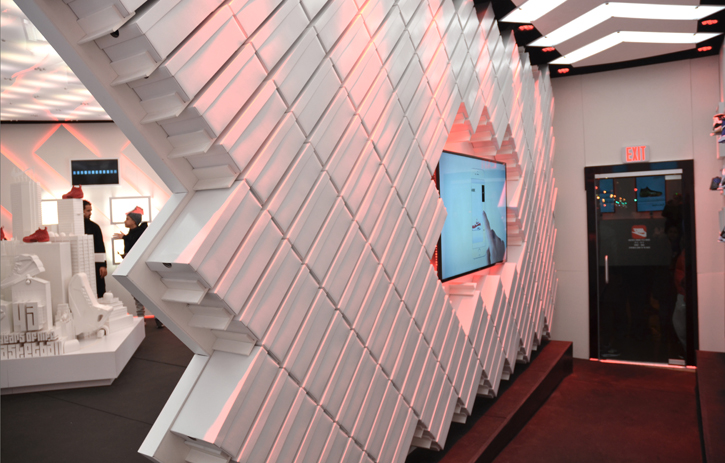 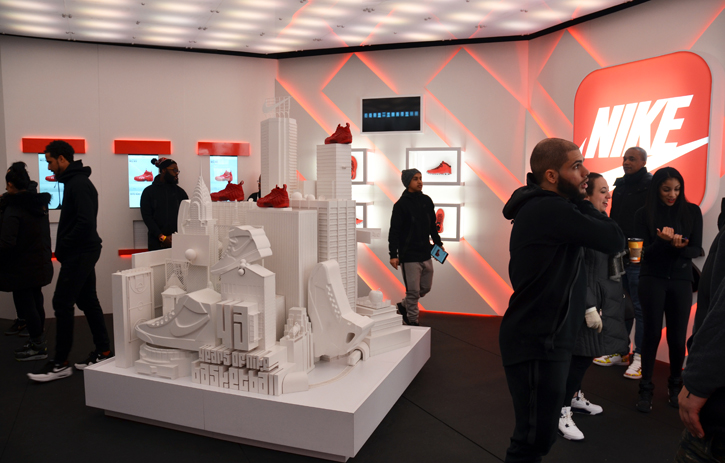 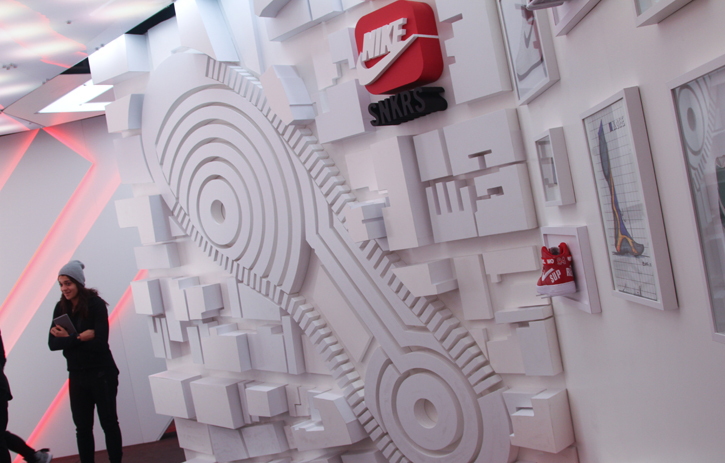 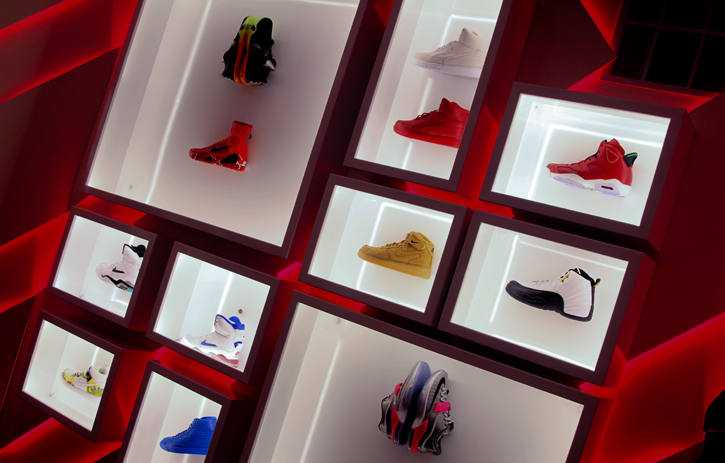 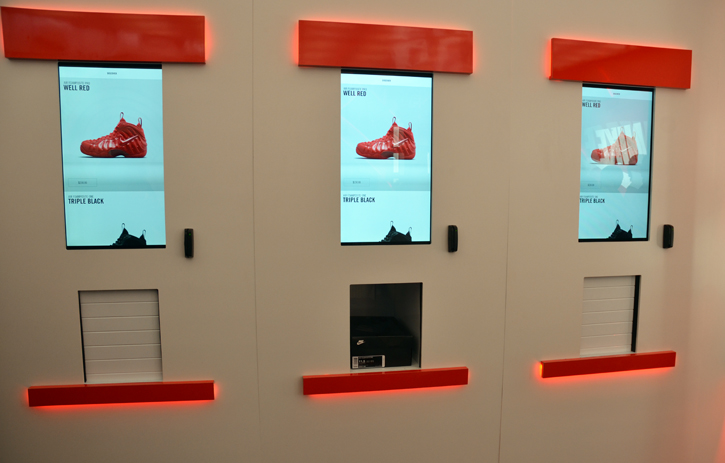 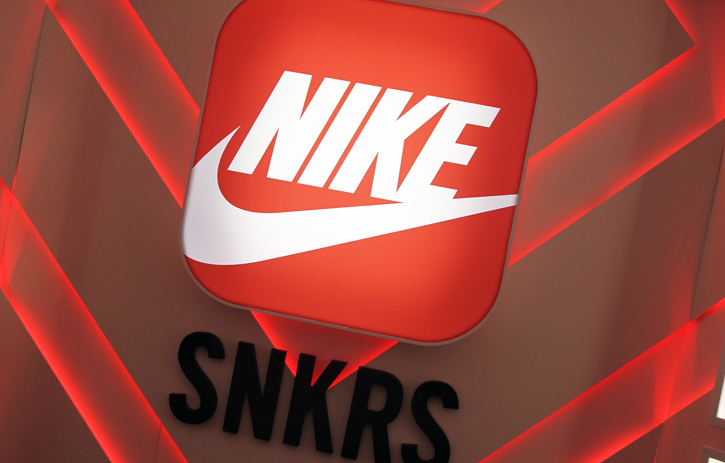 During the All-Star Weekend, Nike’s Zoom City campaign featured a pop-up store at the corner of Bowery and Great Jones in Lower Manhattan, the Zoom City SNKRS Station. ATOMIC produced, built and lit this activation which featured a complete LED exterior with a mini retail shop inside. The pop-up store served as the kick-off for the Nike SNKRS App, allowing guests to  experience the new app through large touch screens, view the new products and ultimately purchase shoes.

The SNKRS Station was available to the avid Nike collectors who registered online for a time to shop and trial the new app. The interactive purchasing experience within the pop-up store included the touch screen and a custom reveal window. As soon as a transaction was complete, the Nike product was placed in a hidden compartment then revealed to the consumer.

The SNKRS Station was considered a success from social media exposure and retail sales within the pop-up store and ATOMIC was thrilled to be a part of it. We would like to thank our partners PEDG, Control Freak, XL Video, Firehouse, ATOMIC Lighting, Theatrical Resources and Elliot Winick.