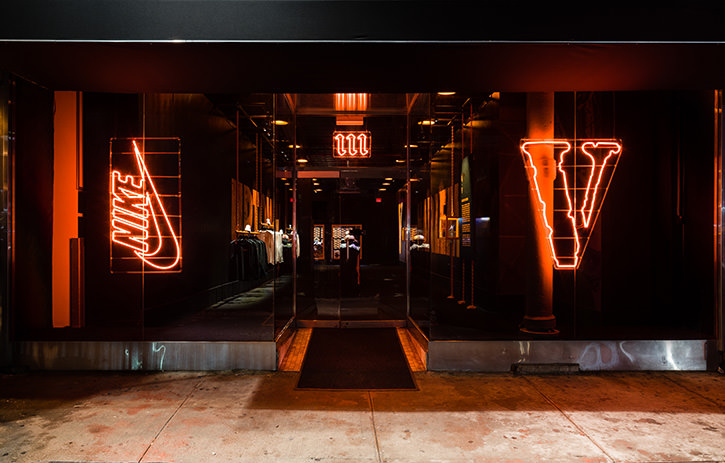 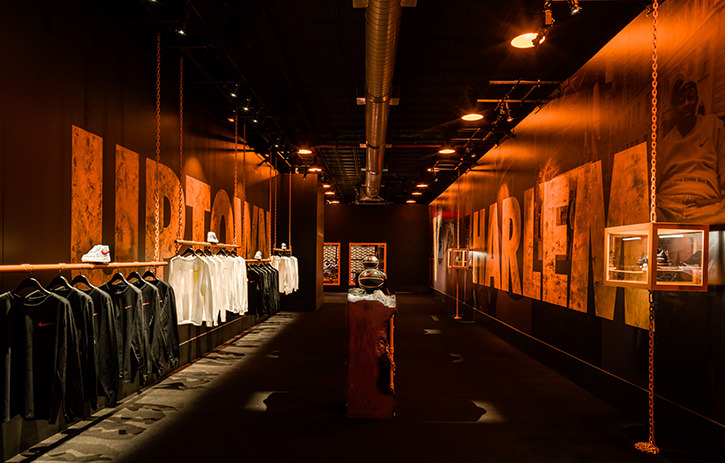 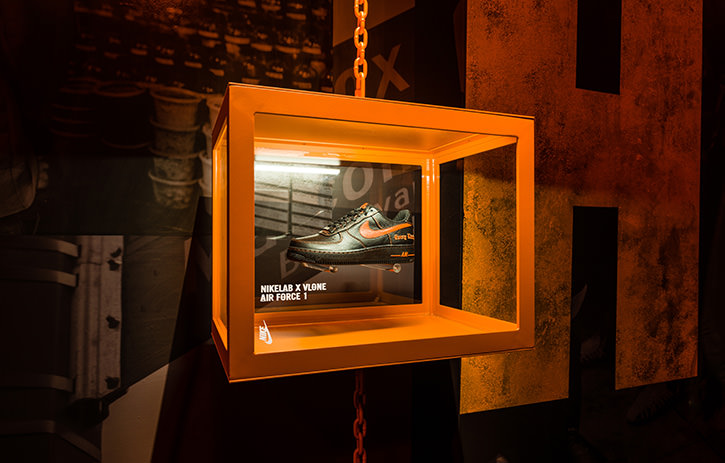 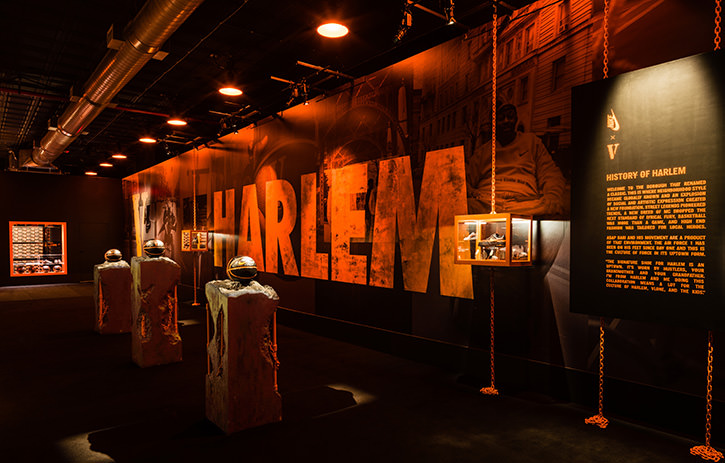 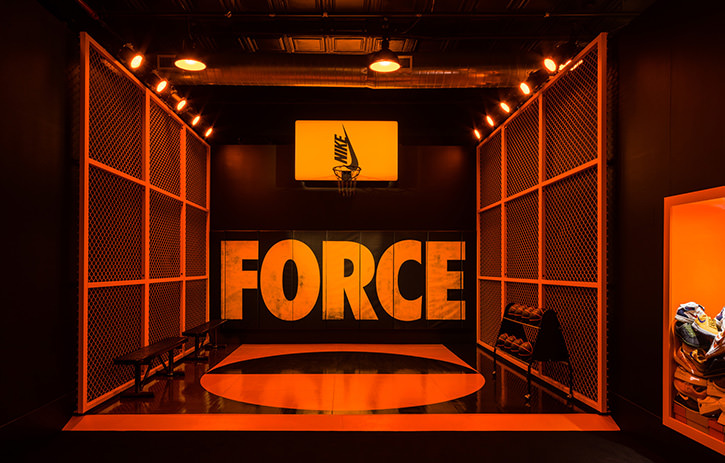 Stepping foot into the Nike VLONE Pop-Up in Harlem was like taking a transforming step into the summertime streets of Harlem. The culture and inspiration is obvious in Harlem, and it was important to spread that message at this pop-up event which launched the collaborative VLONE Air Force 1 Low, retailing for $250/pair. Built by our Set Construction team and managed by our Production Services team, ATOMIC was there from the start overseeing the build and install of this pop-up (one of many Nike activations during New York Fashion Week).

As guests approached the Harlem pop-up beside Amy Ruth’s, they saw vibrant orange neon Nike and VLONE signs. Inside the store, large flats were painted black and black carpet was installed, allowing the orange graphics and accents to POP, keeping the colors matching the signature VLONE tones. Concrete-like displays were built to hold VLONE basketballs, giving the true Harlem street feel. Included in the store was a basketball court built with flats, powder coated chain-link fencing and a branded backboard.