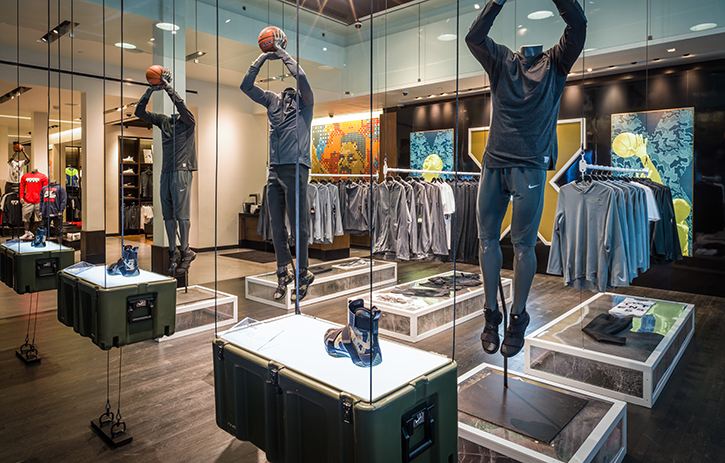 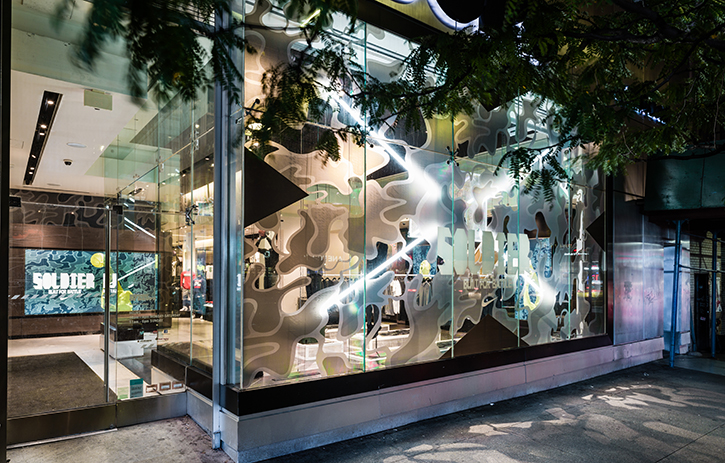 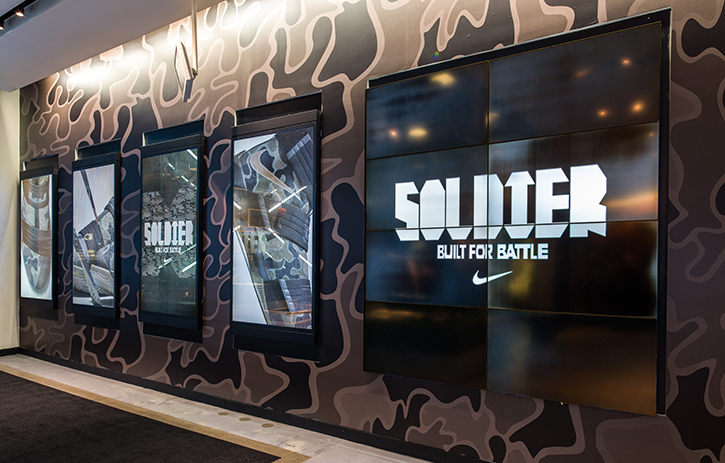 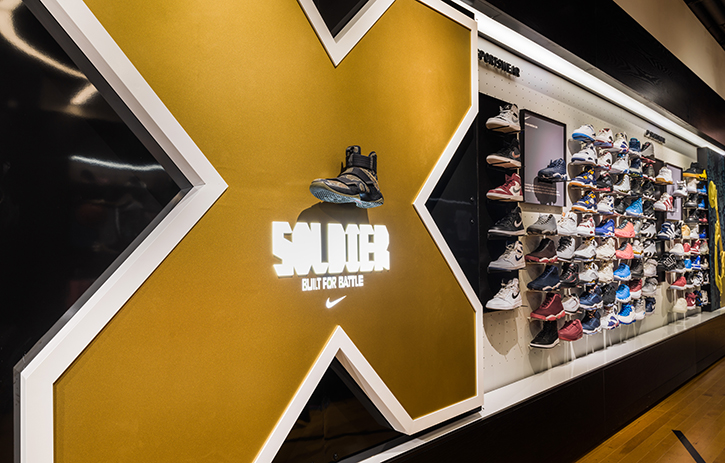 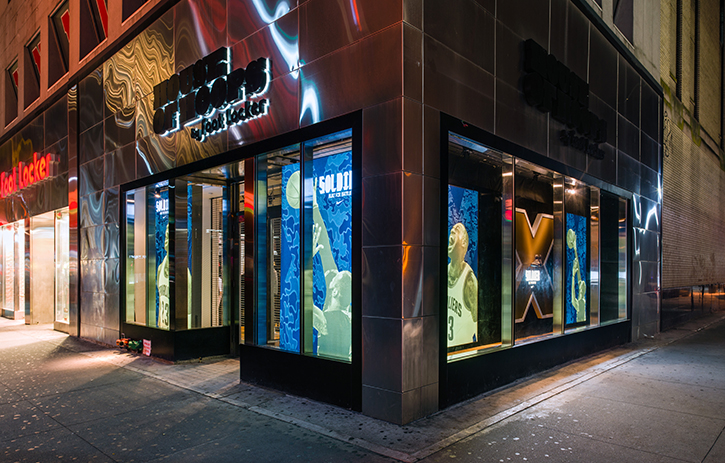 Nike’s House of Hoops Footlocker stores get adorned for each large product launch, including this year’s release of the new LeBron Soldier X; the latest shoe model from the Zoom Soldier series by LeBron James.

At the Harlem location, the tone was set outside of the store, with large camouflage graphics in the store front window. This was the largest of the three locations and included extra display units that appeared as if they were cracked glass. One of the challenges that team ATOMIC overcame included the rigging in the store. The rigging was set to be a visual element, but needed to be planned in a way that would not only look aesthetically pleasing to the customers, but also not be in the way of customers shopping, all while keeping the displays all hanging perfectly straight for product to hang.

Overall, it was a blast getting back into these stores for the LeBron Soldier X launch. Special thanks to Nike North American Retail Brand, Nike Basketball and HotelCreative for including team ATOMIC on this project.