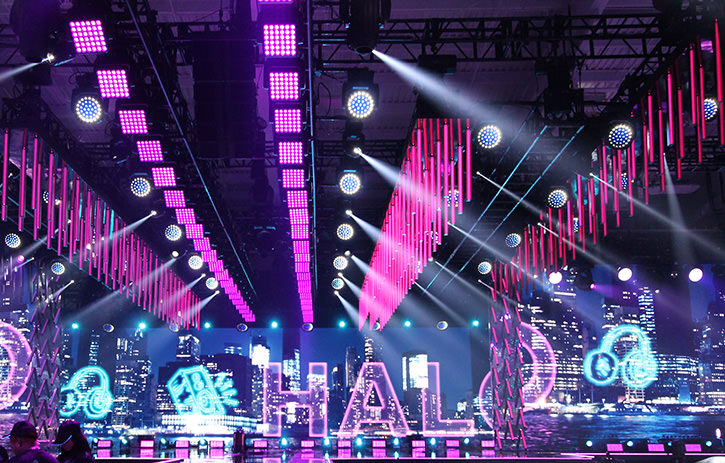 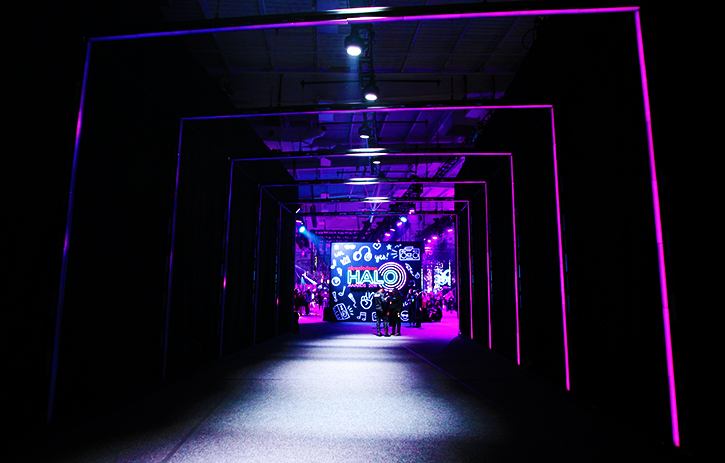 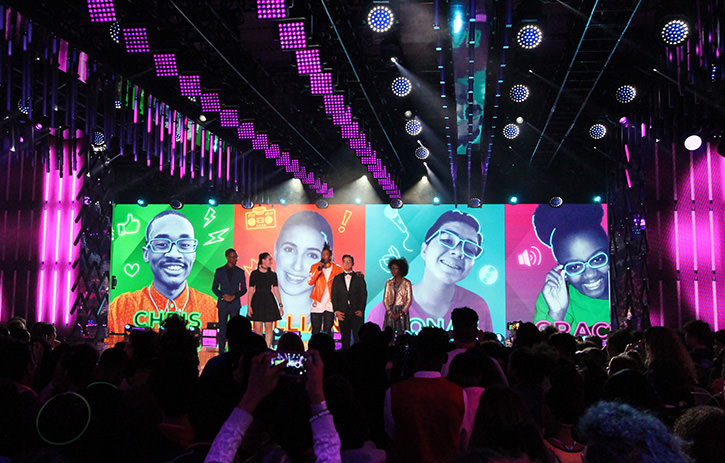 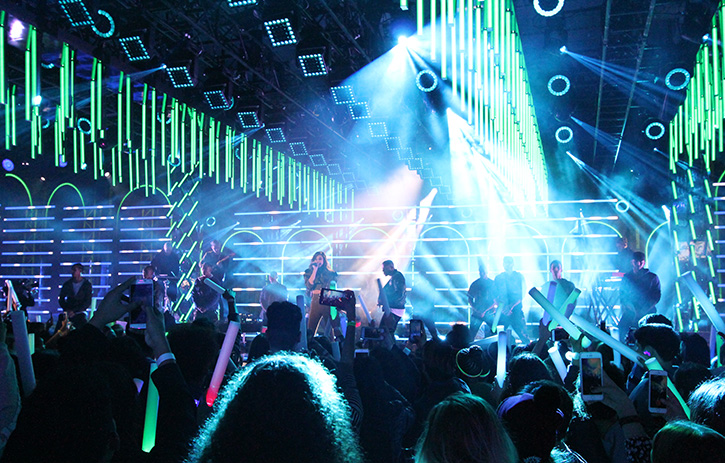 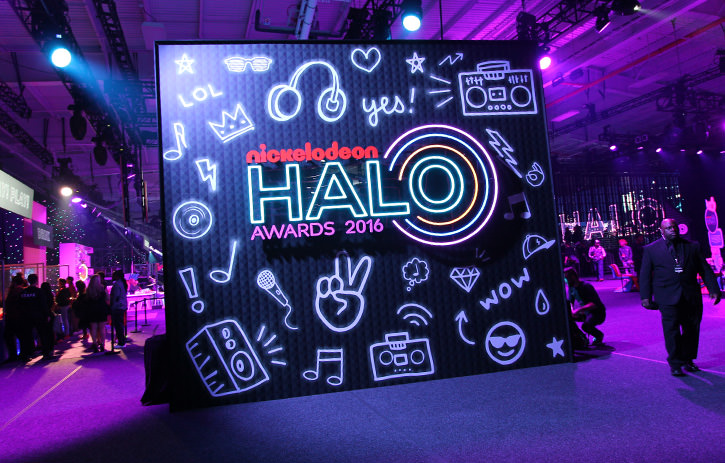 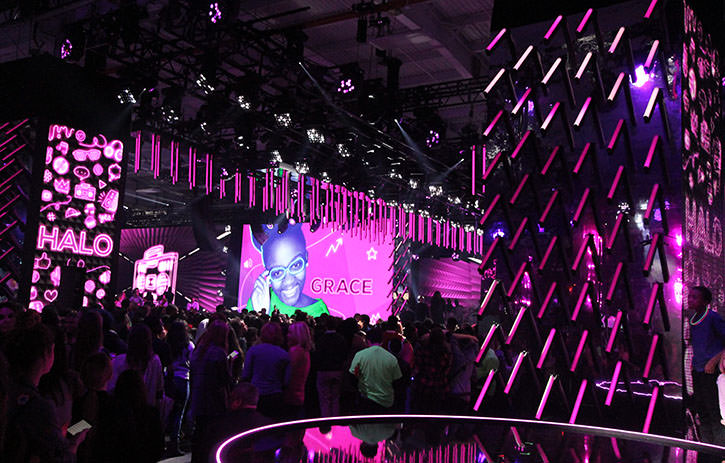 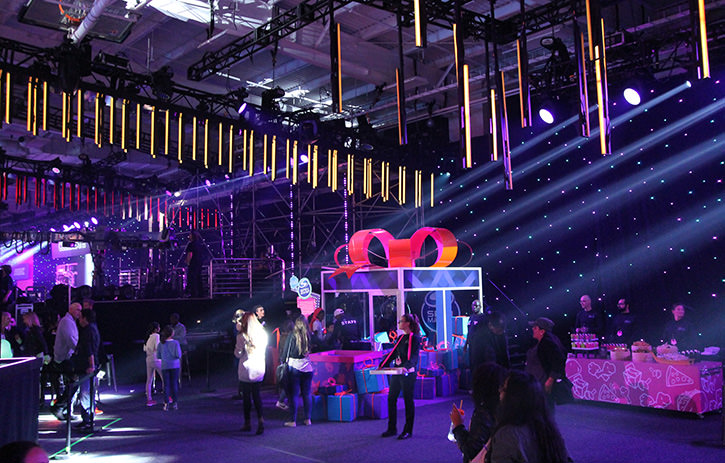 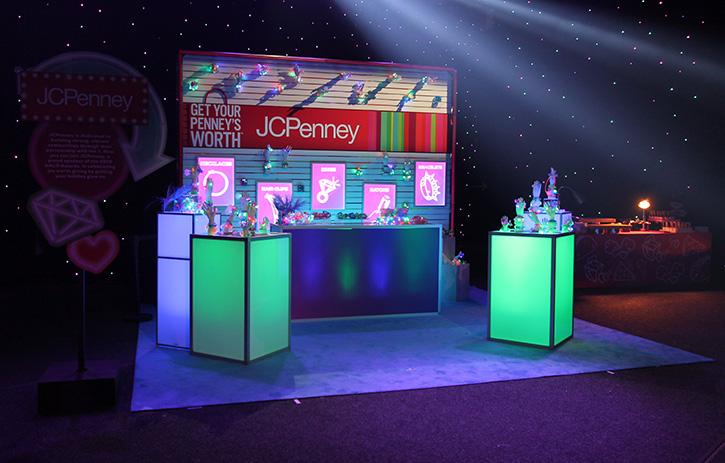 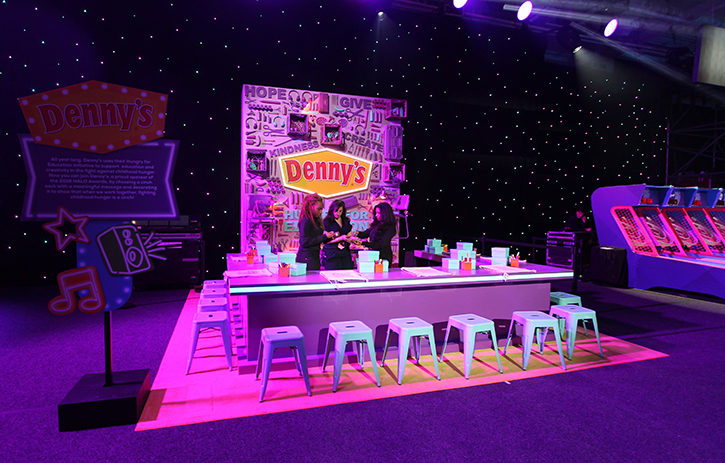 “Helping And Leading Others” is what makes the Nickelodeon HALO Awards stand out from all the rest. The HALO event takes place each year and profiles four ordinary teens who followed the HALO theme of making a difference in their communities and changing the world. The 2016 show was lit like a Lite Brite and poppin’ with host Nick Cannon and team ATOMIC was thrilled to be involved.

The ATOMIC Set Construction team built scenic elements for both the entry activations and the awards show. As guests entered the venue, they walked through a dark tunnel with glowing arches and were welcomed by a branded Nickelodeon entry wall. Throughout the activations, guests were able to take on fun activities such as skee ball and the claw booth, both of which gave prizes of charitable donations. ATOMIC was happy to provide scenic elements for the JC Penney booth, Denny’s booth, Spin Master Claw machine, Arcade bookends, sponsor signs and bars. The award show contained a large stage with Versalite flooring and LED bullnose trim, as well as many beautifully lite VER blade sticks housed in custom CNC cut panels.

Many thanks to our client and partners; Designer Julio Himede, Light and Video provider VER, and the always awesome Lighting Designer Tom Kenny.