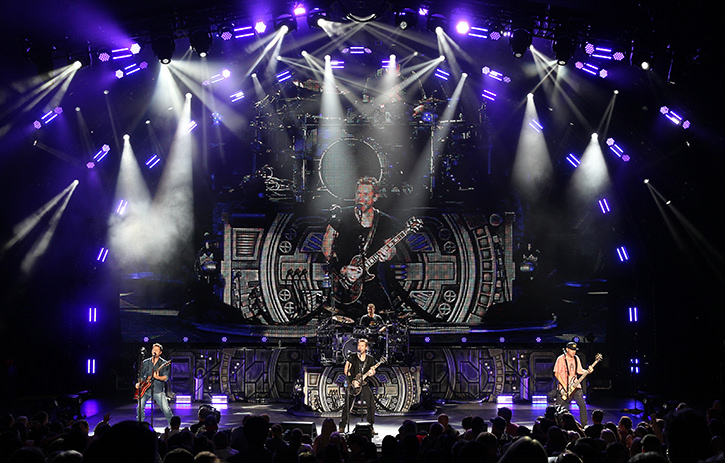 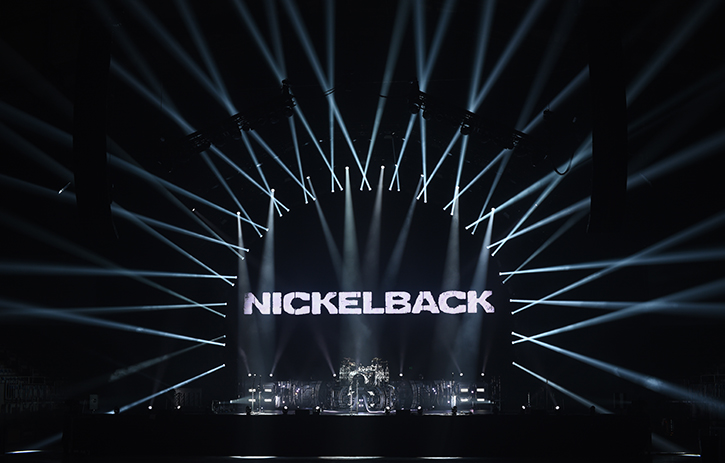 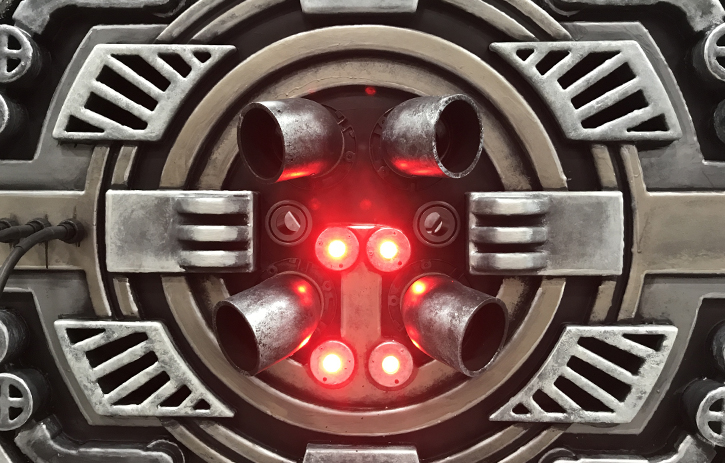 Up-close look at the detail on the band riser 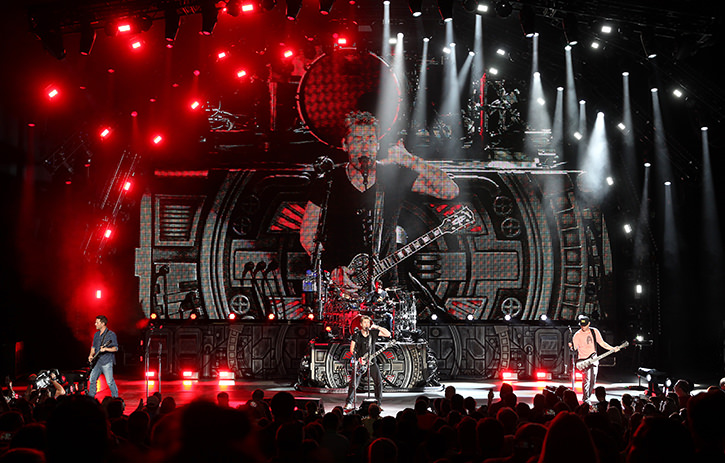 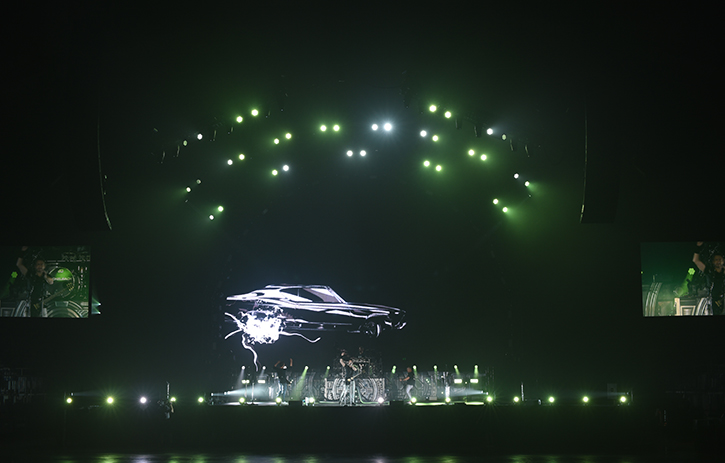 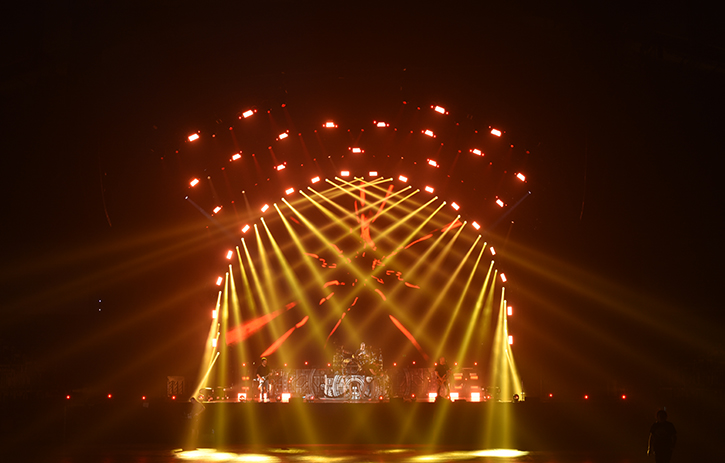 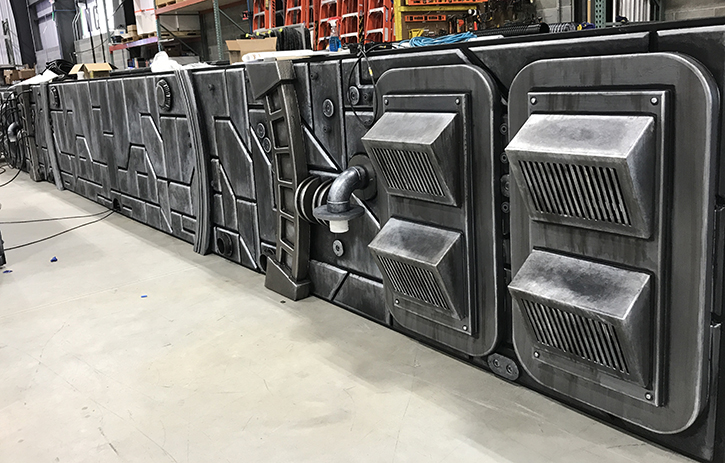 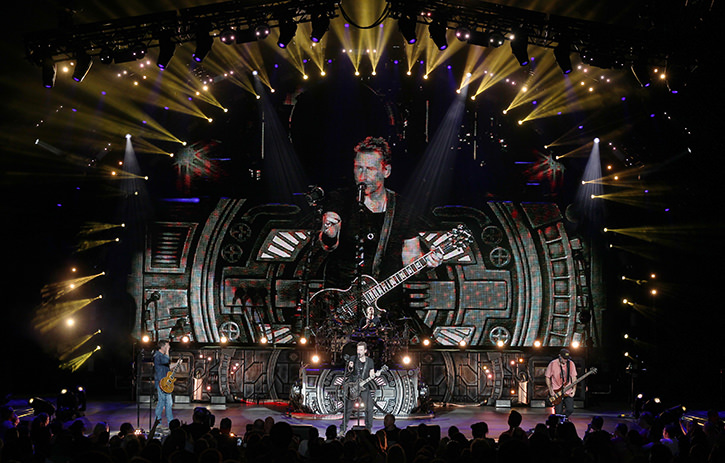 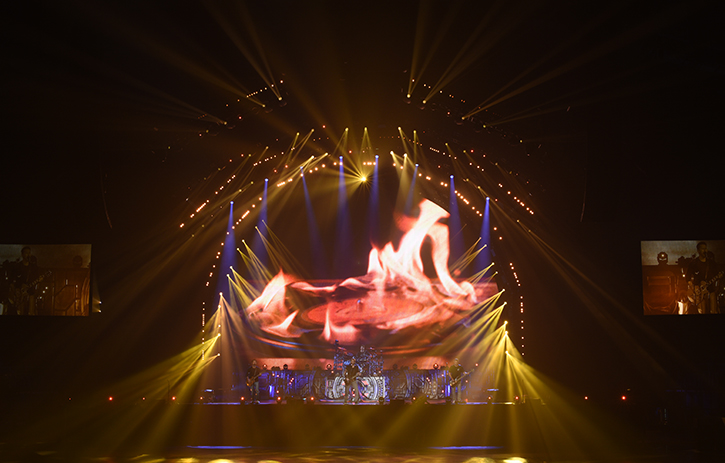 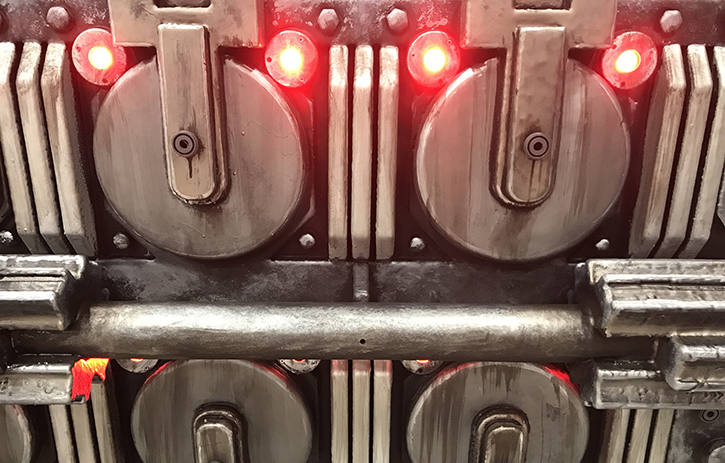 With their new album “Feed the Machine” hitting the Billboard Top 200 list at number five, there was no question that Nickelback was due for another tour. Kicking off in Noblesville, Indiana, the band is currently on their North American “Feed the Machine Tour,” with 45 stops scheduled and more to be added. Working alongside longtime client and partner Nimblist, the ATOMIC Set Construction team used their skills to build a funky industrial-themed band riser for the band’s tour.

A unique theatrical paint treatment spiffed up the custom built drum riser and band riser to create the industrial, steampunk and totally rock-n-roll look. To add extra WOW! factor, LED lights were incorporated into the risers. Built to last, this brand new set is ready to be installed all throughout the North American tour.