MTV Wild 'N Out Season 10 at the Greenpoint Terminal Warehouse 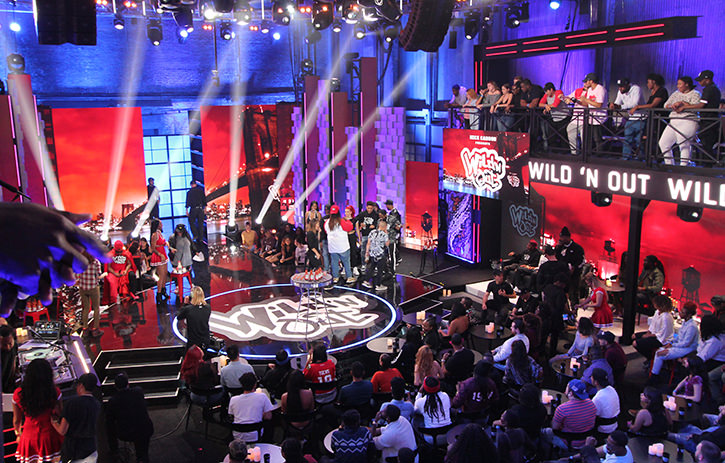 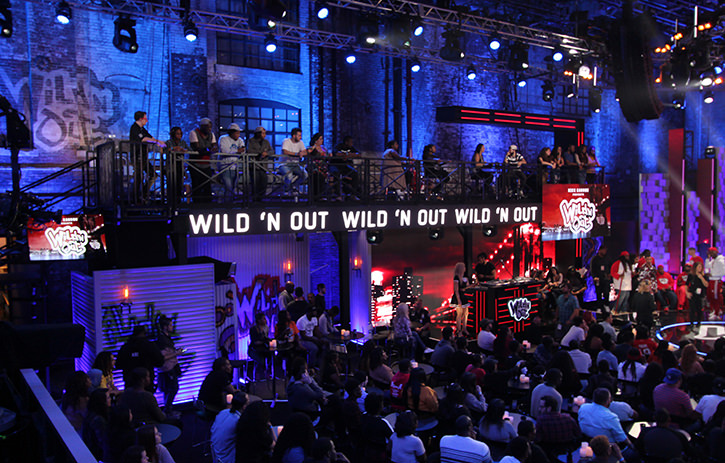 Custom Balconies were built to withstand an audience during recordings

The staging included a circle of inset lighting

Another season of hip-hop edged comedy hit MTV and ATOMIC was thrilled to be a part of making the stage look fab!

Switching locations to the Greenpoint Terminal Warehouse in Brooklyn, MTV Wild ‘N Out Season 10 was designed with an entirely new set.  The ATOMIC Set Construction team built custom balconies for the show that could withstand an audience during airing. The balconies included applied video tiles, a common theme throughout the design. Custom video towers pulled the look together onstage with three-dimensional block walls built between the towers. Custom carts were built to allow the video to move at any time. The custom stage included a circle of inset lighting surrounding the floor graphics.