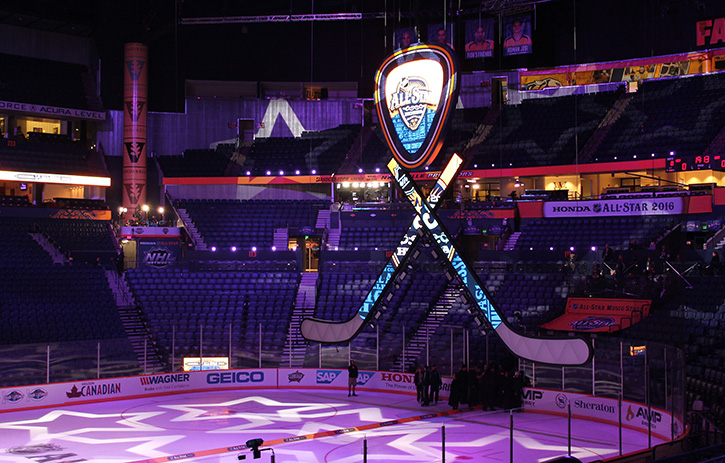 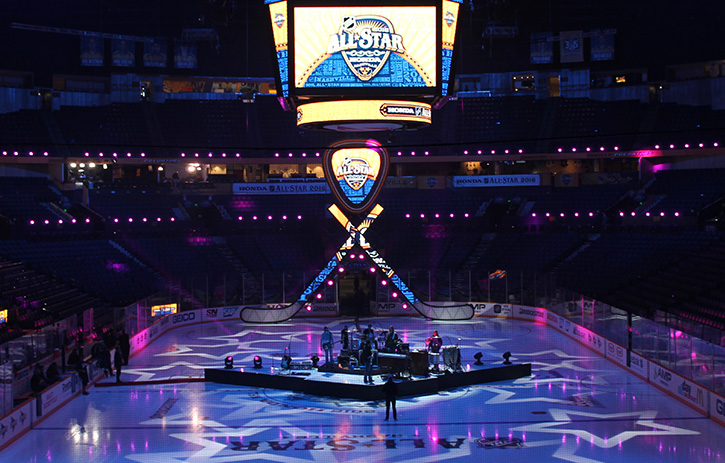 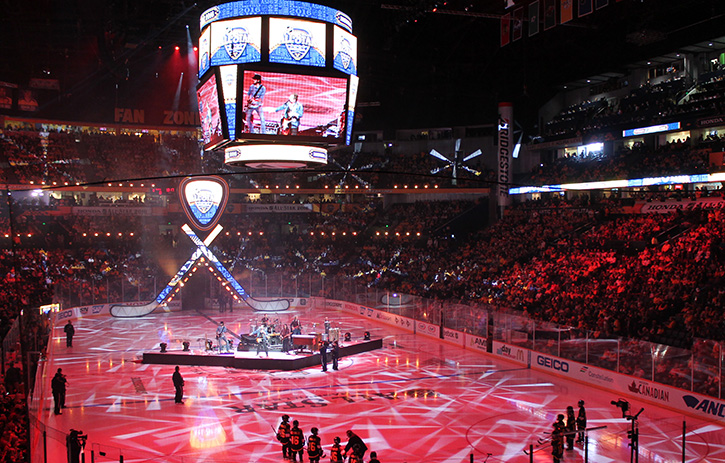 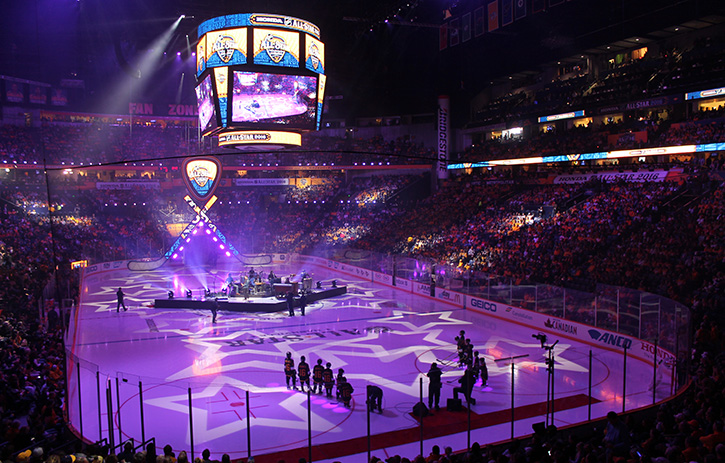 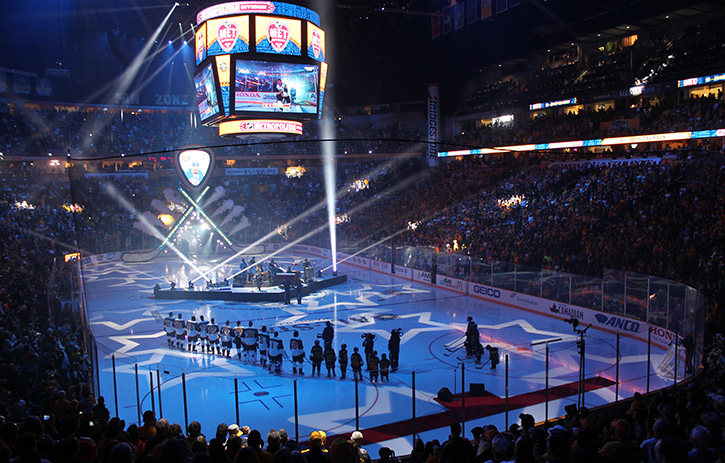 Nashville, Tennessee: Home of country music and the host city for the 2016 NHL All-Star Game. ATOMIC was onsite for the All-Star Game, an action-packed weekend full of hockey, fan activities and entertaining music. Our teams designed and built the entertainment scenic elements for the big game, creating enormous LED hockey sticks and a guitar pick LED screen surround for that on-camera and in-person WOW factor. Truly a team effort, ATOMIC’s designers worked together to bring energy to the live performances between game intervals while maintaining the look and feel of the NHL brand.

Our Set Construction team built the gigantic LED hockey sticks that served as the entry way for players at the ALL-Star game as well as the giant guitar pick that paid homage to Nashville and brought a unique scenic element to the music performances on the ice. ATOMIC’s team also built stage extensions to create a star shaped stage for live performances from Vince Gill, Lee Brice, Lennon & Maisy and headliner Jennifer Nettles.

The house band stage also received a facelift with the addition of LED tubes to bring some depth to the on-camera shots. The NHL All-Star game was a biscuit in the basket for Team ATOMIC and everyone involved. A huge thanks to our client and the producers: IMG, NHL and BAAM Productions. Lighting was provided by Morris Lighting and C02 pyro by PyroTech.