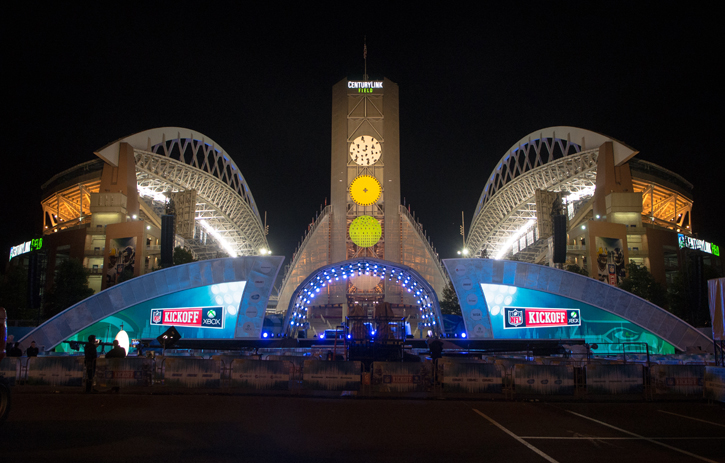 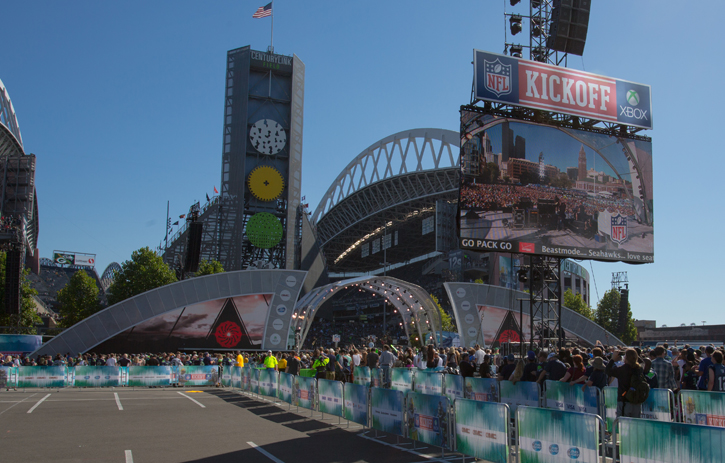 A view of the header and scenic elements ATOMIC built 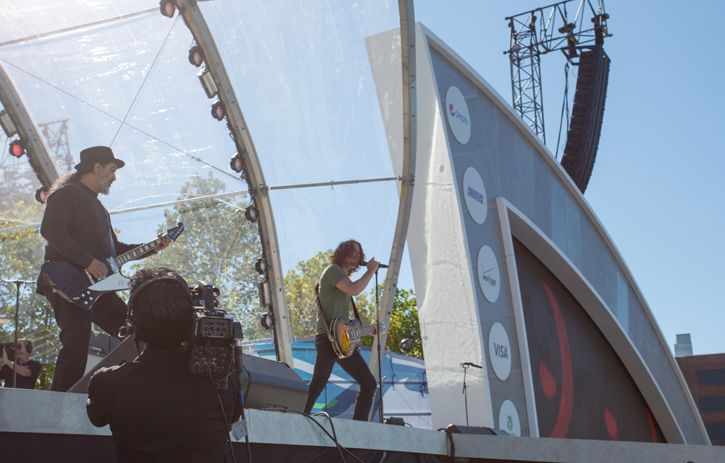 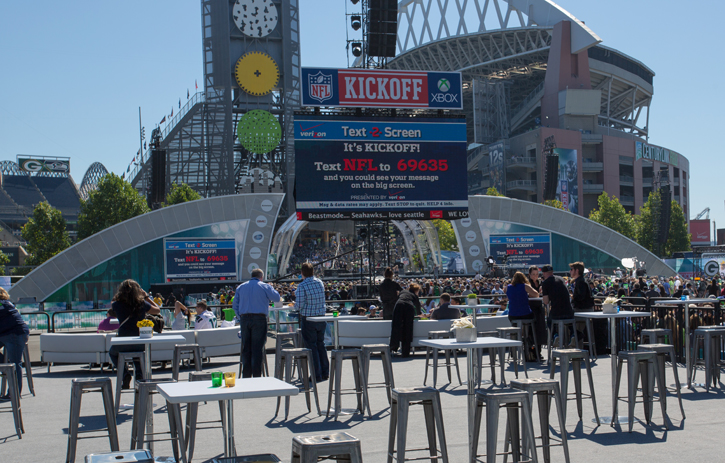 Fans enjoying the concert in a VIP area 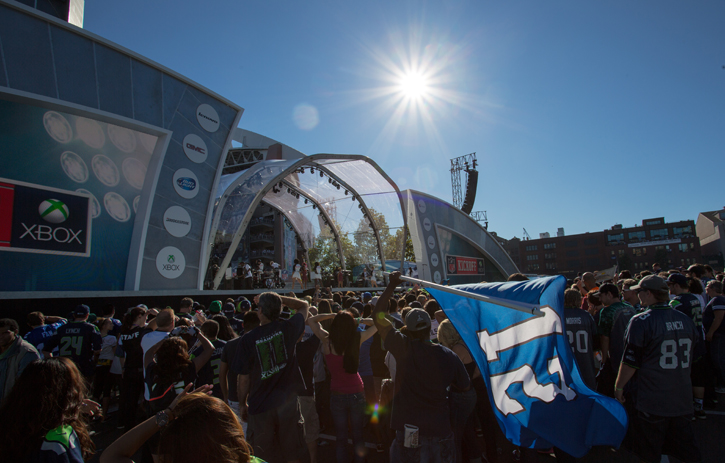 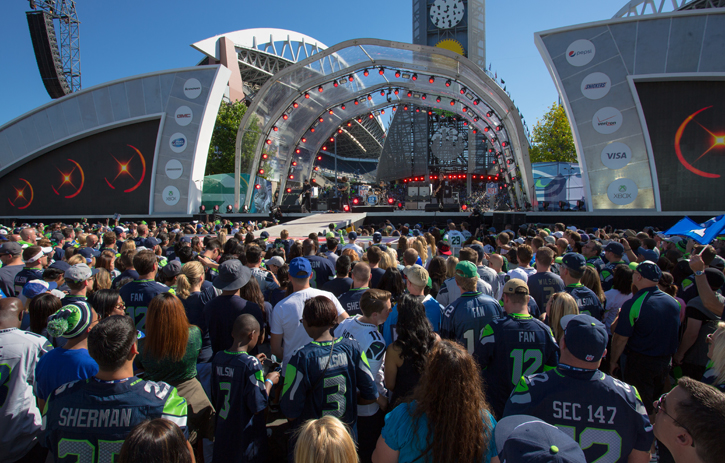 The scenic elements and video content enhanced the show 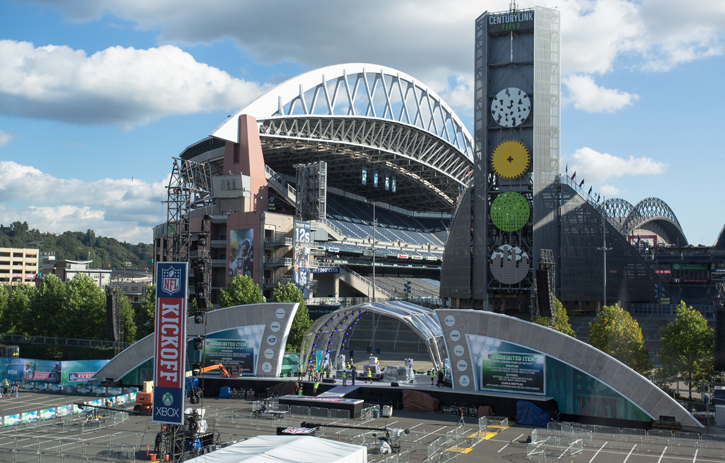 Aerial view of the stage and stadium

Football, music and tons of fans – the best way to kick off the NFL 2014-2015 season! ATOMIC worked closely with PEDG to build scenic stage elements for the outdoor concert in front of Century Link Stadium in Seattle, Washington for the NFL Kickoff.

The Set Construction and Lighting teams overcame the challenges of building for an outdoor venue in The Rainy City. Designed to mirror the shape of the Century Link Stadium, the concert stage included angled and arched scenic elements that surrounded enormous video screens. The stage flooring received a special scenic, faux cement paint treatment to mirror the stadium floors. To complete the outdoor concert space,  ATOMIC provided the giant NFL headers mounted on the towers outside of the stadium and concert area.

ATOMIC Lighting provided the equipment to make Pharrell and Soundgarden shine in front of thousands of football fans before the big game.