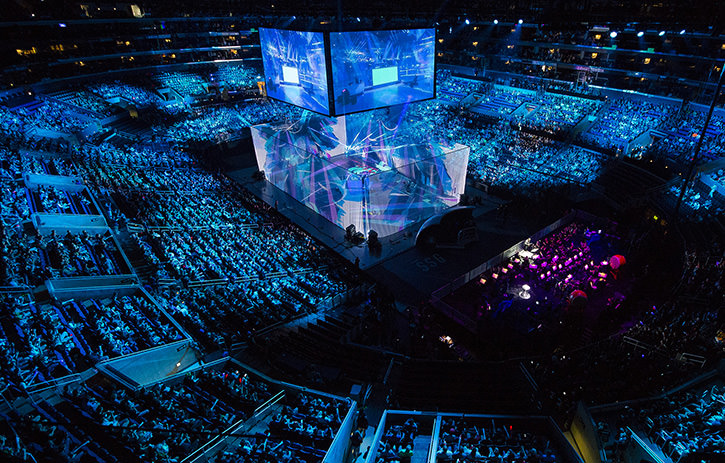 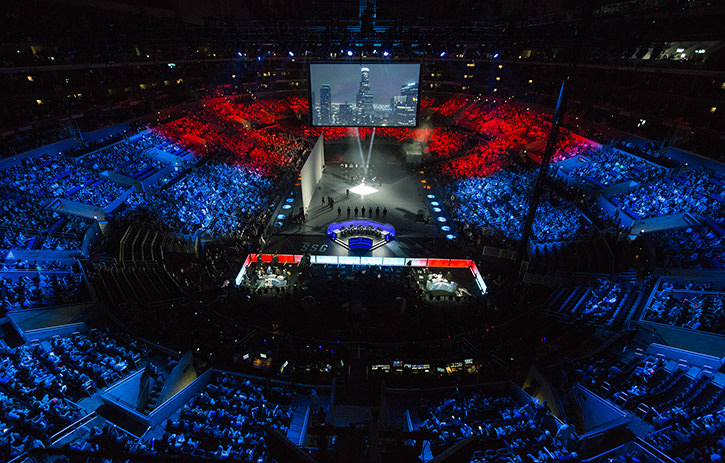 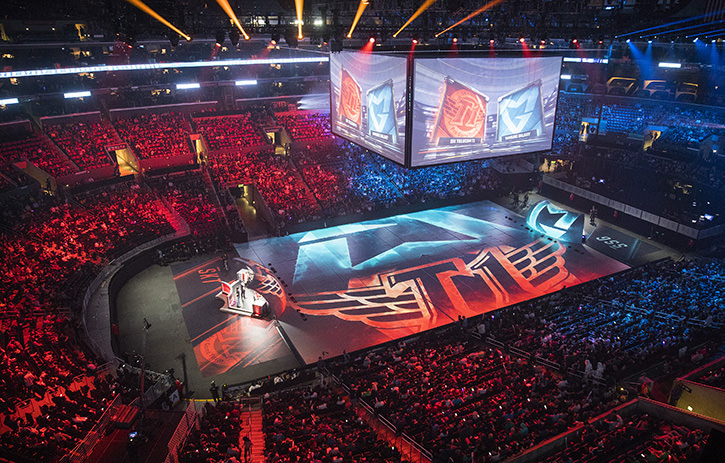 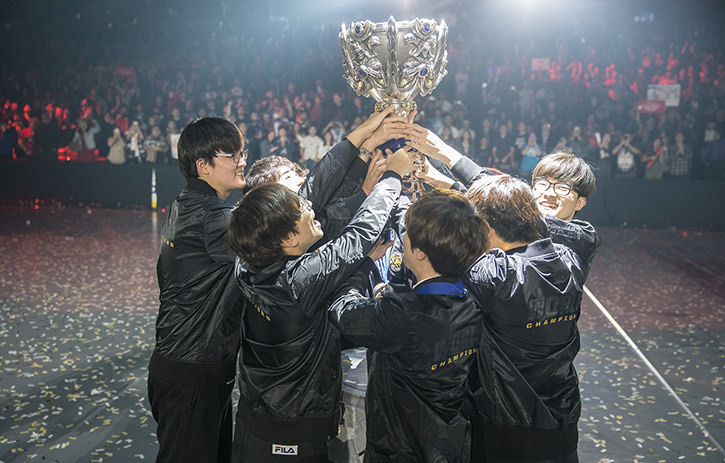 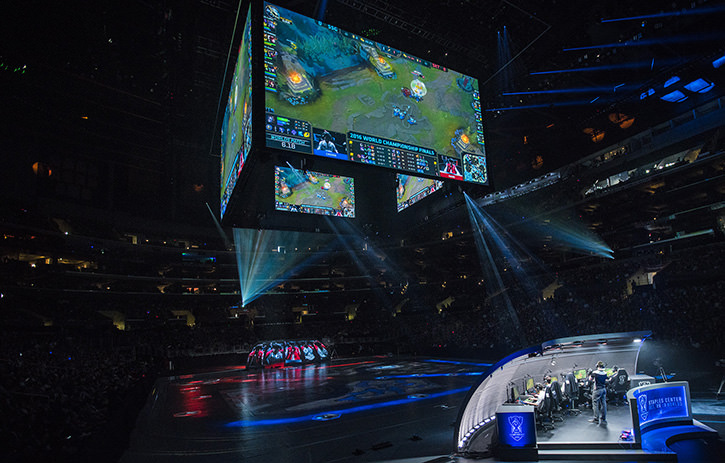 An arena full of some of the best gamers in the industry along with millions of viewers online made for a memorable night at this year’s League of Legends World Championship, and team ATOMIC was stoked to be involved.

Presented by Riot Games, the League of Legends is a multiplayer battle arena video game that takes place online. Various tournaments were held throughout the United States leading up to the final game in Los Angeles. At this world championship, gamers from all over the world came together to battle against one another for the first place spot with a trophy and prize greater than two million dollars. With the growth of technology in the gaming world there was no question that this event would portray that. The ATOMIC Set Construction team was brought on board to build a large scrim soft good box that could fly into the set and become a projection surface for viewers to watch the gamers battle one another.

Aside from the large projection surface, ATOMIC also installed a large, 85’ x 118’ duo floor onto the arena floor. That would be a whopping 19 rolls of flooring!

In all, the League of Legends World Championship certainly gave the WOW! factor and it wouldn’t have been possible without our clients and partners; Riot Gaming, Con Com Productions and DWP Live.