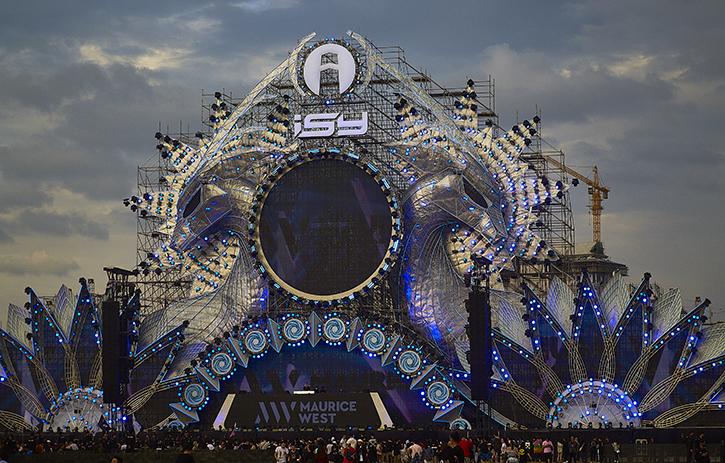 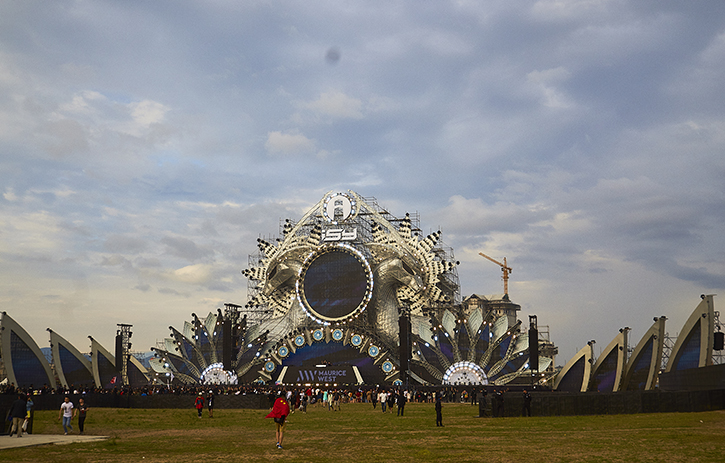 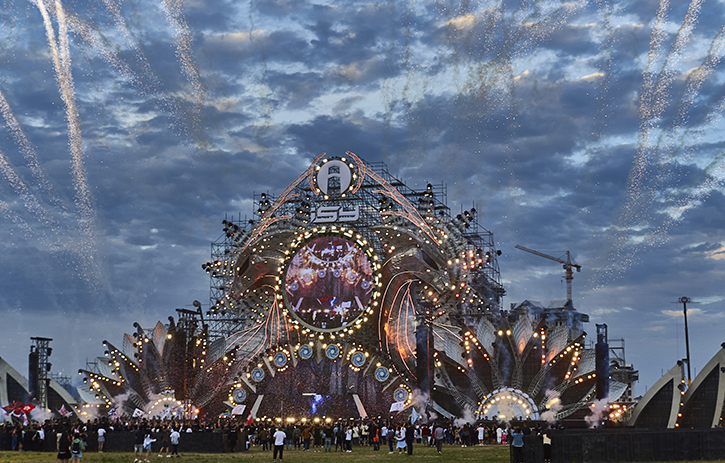 Fireworks at dusk kick off the festival 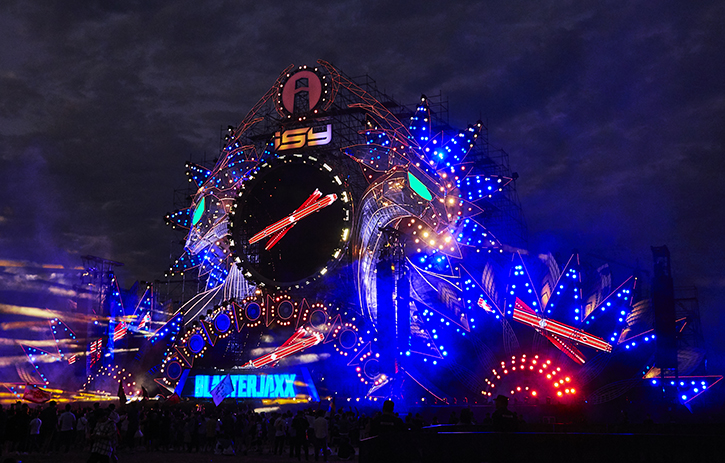 The intricate lighting brought the deer head, antlers and flowers to life 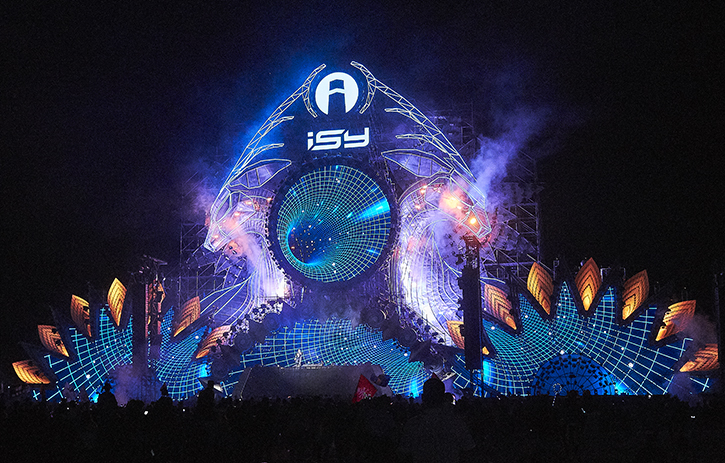 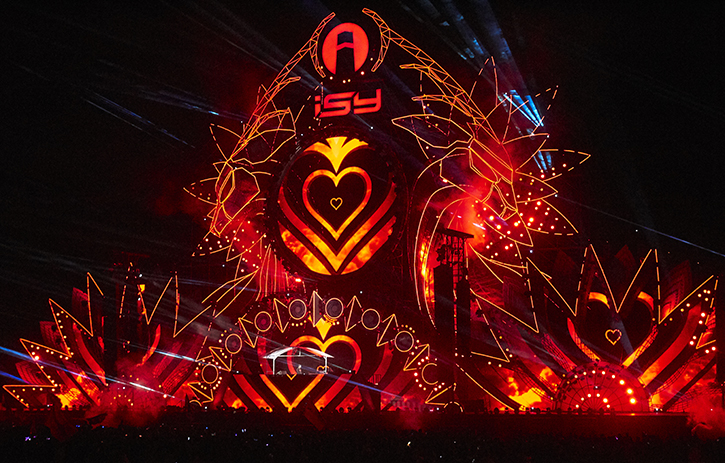 Dynamic content changed for each new DJ on stage 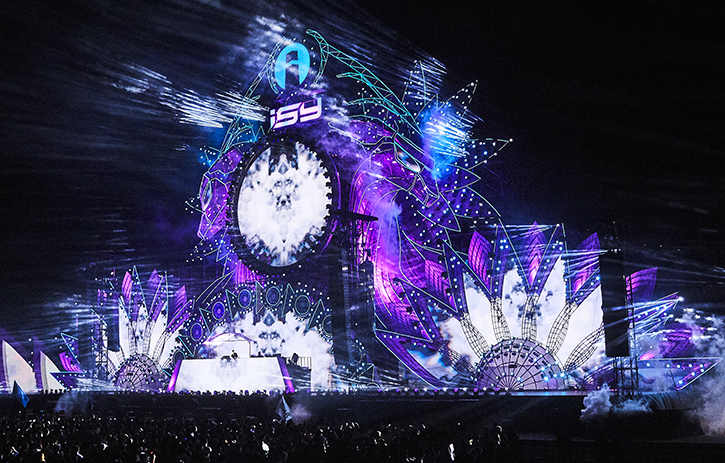 Light, pyro and fireworks enhanced the festival vibe throughout each night 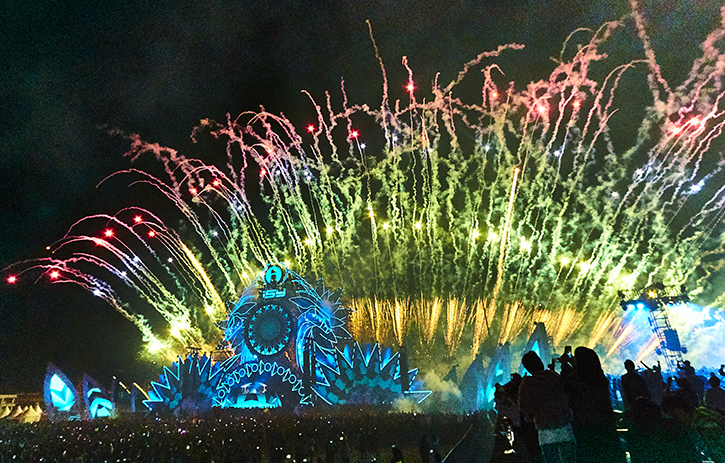 Fireworks rang in the New Year at midnight 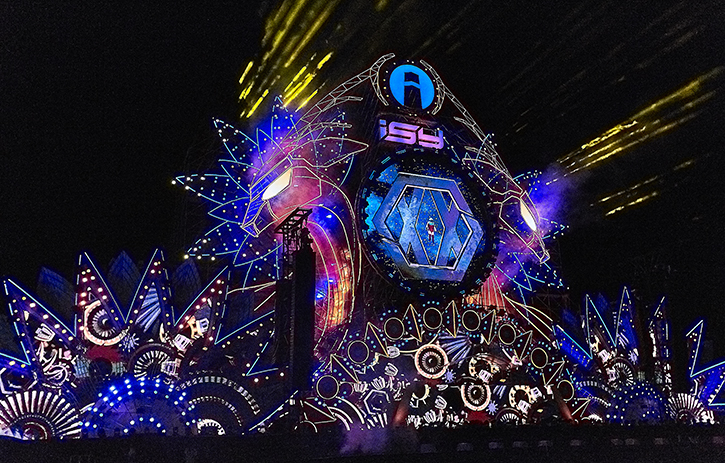 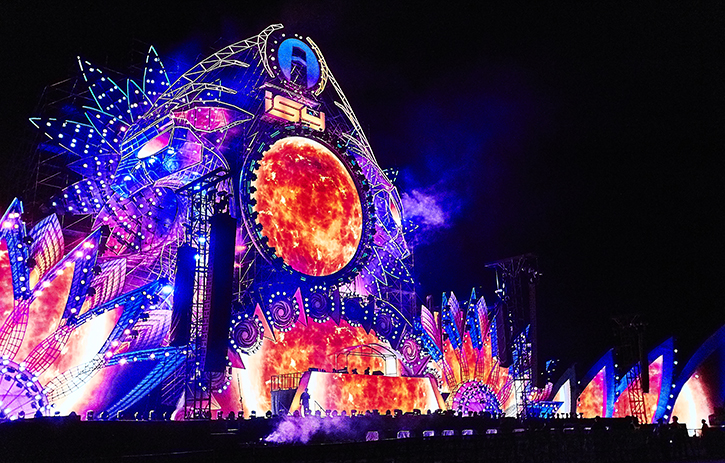 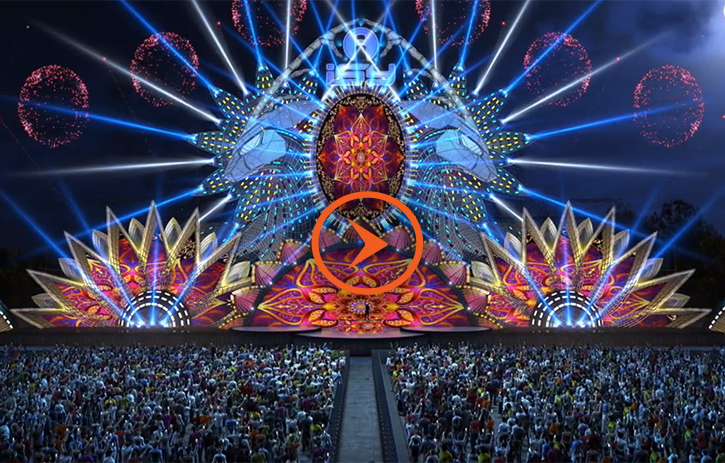 The ISY Music is held in Sanya, a tropical resort city in Hainan, China’s second biggest island, lying to the south of the mainland. For the second iteration of this brand-new festival, the two-day event brought EDM fans to the island to welcome in the New Year. ATOMIC was asked to bid on the design in the summer of 2018 and managed to win the client over with our team’s design concepts and imagination.

Designer and ATOMIC founder, Tom McPhillips, along with Charlie Cook and Brie Rogers worked with the festival producer, Fay Haixuan Wang from China Minsheng Cultural Media, to design the festival’s massive main stage. The producers indicated that they wanted something that combined a local folk tale about a hunter and a deer that transformed into a beautiful woman with the idea of flowers, since the island is also famous for its beautiful flowers and lush tropical location. Running with those cues, our team came up with an expansive stage design that incorporated deer heads with floral inspired traceries that incorporated video and LED lighting, producing a design that managed to ally the festival’s romantic themes with a robust EDM vibe. Tom McPhillips worked closely with the client to create renderings, along with lighting ideas, for the team in China to translate and to build there.

Though the initial ideas went through a lot of development, ultimately it was decided that the first design could not be improved on since it seemed to hit the spot so perfectly. ATOMIC proceeded to prepare the design for its construction in China and in November Tom flew to China for a site visit and to check in with the builder in Guangzhou. The design at that point was conceived to be quite colorful, but it became apparent that with time constraints and the worry that the finishes might not stand up on the long road and ferry trip to Hainan, it was decided to leave the steel and metallic mesh construction materials in their raw state. The other consideration that underlay this decision was that the festival would not open each day until the late afternoon, and because of the tropical location sunset would come fast and early, so most of the audience would only experience the event when it was already dark, when color would not be so important, since lighting would take care of that.  In the end the raw steel which shone brightly in the direct path of the afternoon sun looked so stunning, it was actually the best decision.

The amazing and very talented team in Guangzhou built the stage from ATOMIC’s drawings. Tom witnessed seeing his drawings printed out full scale spread out on the ground on large vinyl sheets with the talented Chinese welders fabricating intricate 3D structures directly over the 2D drawings and was wowed by their fantastic artistry.

The festival achieved the producers’ goal of bringing thousands of people to the beautiful Island of Hainan. The festival is seen as forming a cornerstone of their driving ambition to build the tourism business and travel culture of Sanya and to promote the city to become a prestigious international destination for tourism and culture.  ATOMIC was thrilled to be part of this beautiful, fascinating design process and see the vision brought to life on a large scale EDM festival stage.  This was the second biggest stage that Tom has designed over his career and it is one that he is enormously proud of.