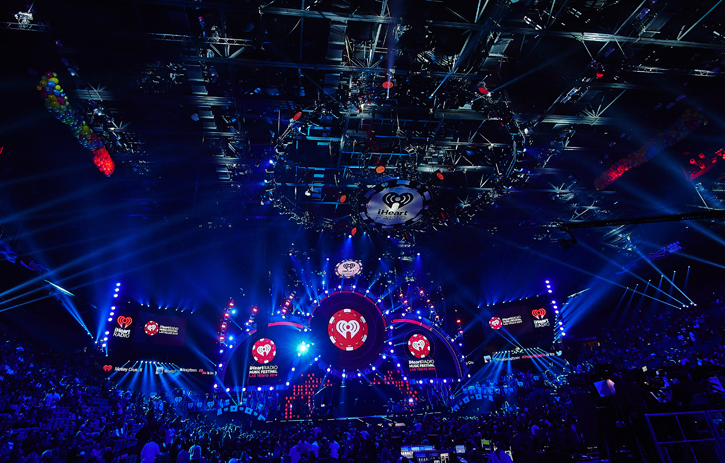 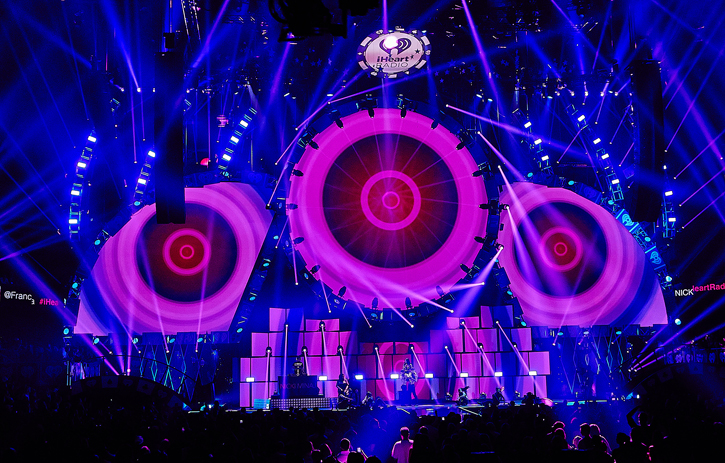 The Dice Wall acting as a 3D object on stage 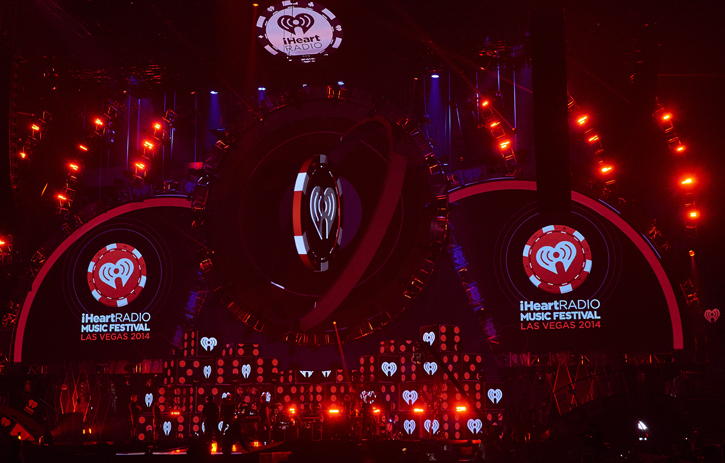 The poker chip icon rotating on the main screens 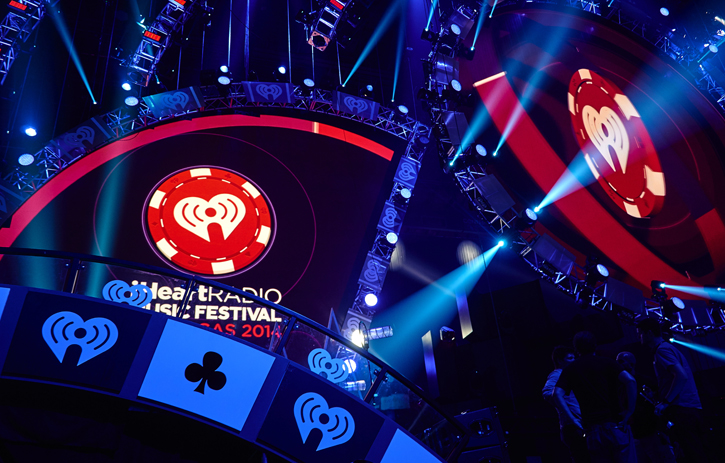 Artists could walk out to the audience on these ramps 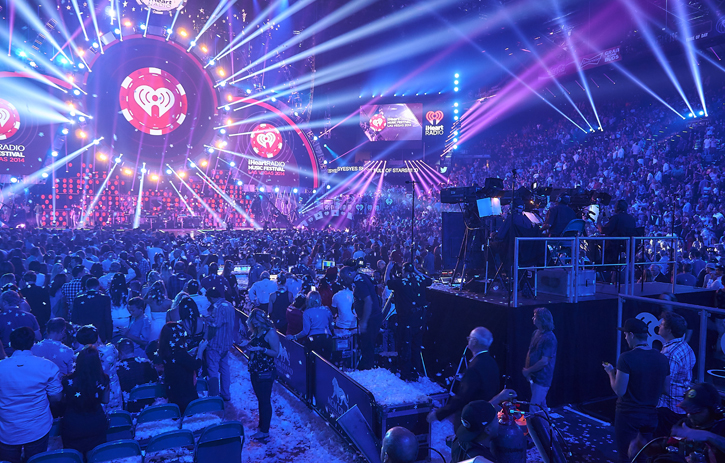 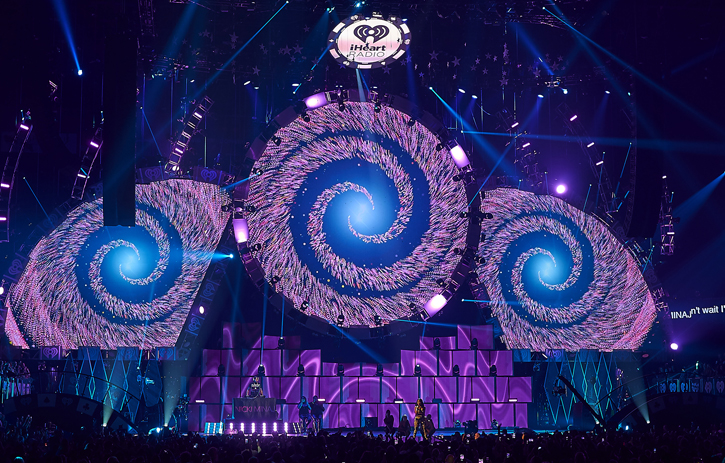 Video mapping was spectacular throughout the two-day festival 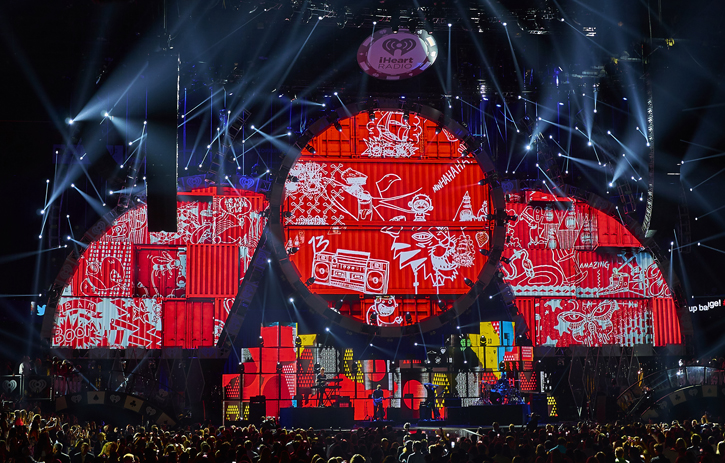 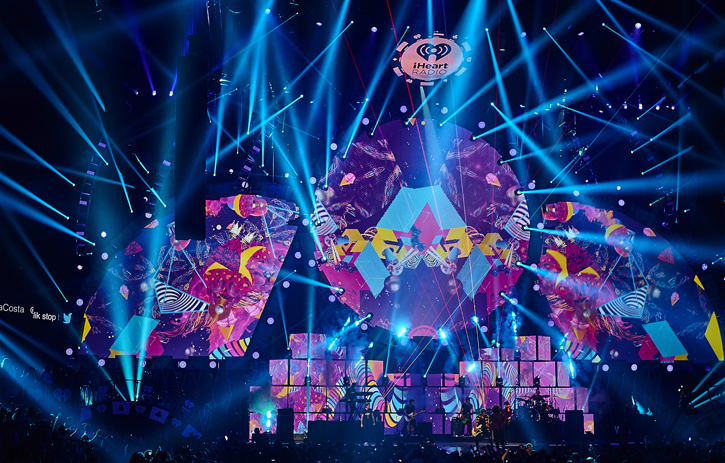 Shout out to the Lighting Designer Tom Kenny 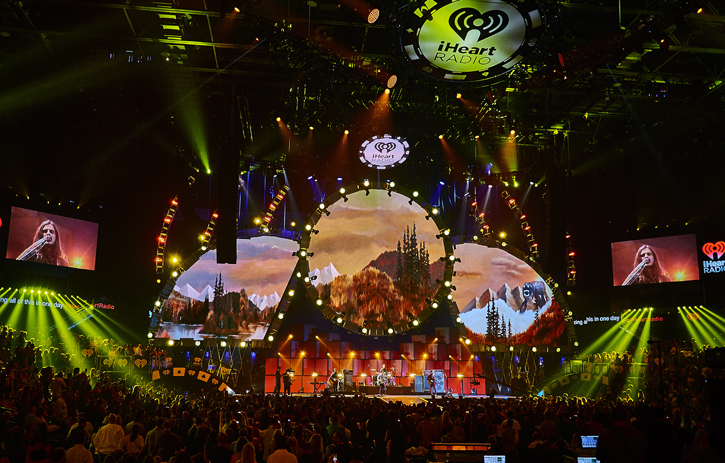 Day Two of the festival 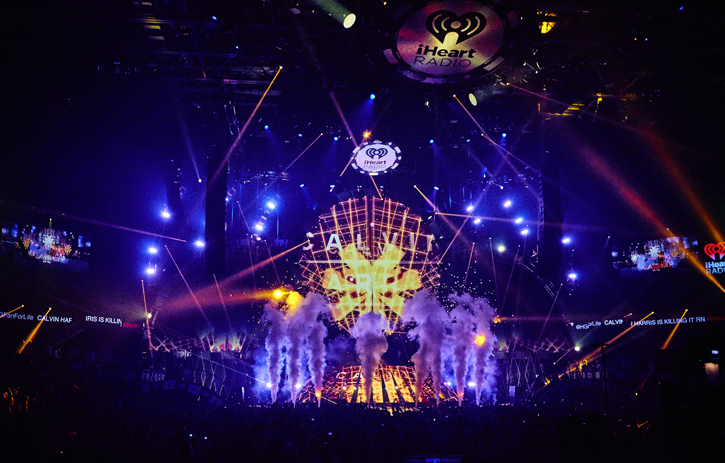 Finishing the show with a little pyro 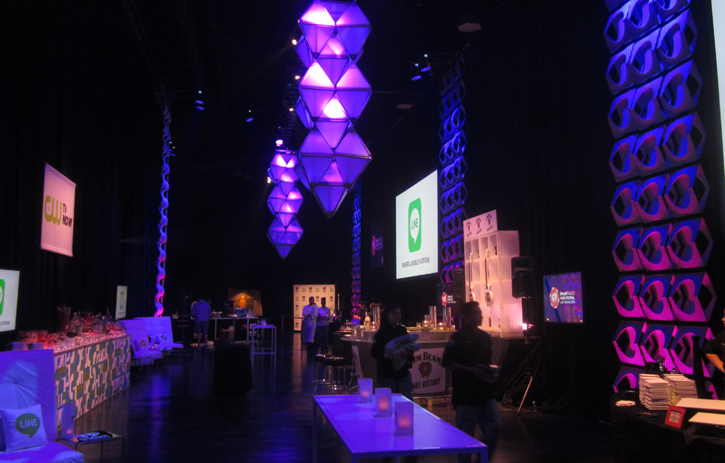 Backstage produced and supplied by ATOMIC

iHeartRadio Music Festival is an annual two-day concert spectacular in Las Vegas featuring A-list artists and drawing more than 20,000 fans. Designed and built by ATOMIC, the festival stage included a 40-foot diameter circle of video tiles and a Dice Wall comprised of video tiles and scenic frames. In addition to the main stage, ATOMIC also produced and supplied all the VIP, press rooms and sponsor areas for the festival.

Designer Tom McPhillips was inspired by all things Vegas; the show needed a casino vibe, so the poker chip, a symbol of Vegas and the icon of the festival, was worked into most of the stage shapes, including the enormous center screen. Since the festival is an annual show, McPhillips inherited many show elements from the previous year which he integrated into the new design and arena space at the MGM Grand.

Also inspired by headlining artist Coldplay’s new album artwork, McPhillips designed the circular main screen to compliment the artist’s look. Many of the artists adapted their video mapping specifically for the iHeartRadio festival which displayed beautifully on the screens.

The Dice Wall provided a dimensional and varied look on stage because it could be lit with a solid color as a 3D object or carry video content throughout a performance. The Dice Wall was especially attractive to the client because the wall of video tiles could feature Instagram and Twitter photos on each tile, providing excellent social integration throughout the show. Overall, the design was very successful because the logistics of the set design worked well for changeovers in the show, was ergonomically sound and looked gigantic in person and on television.

ATOMIC would like to thank our client and partners! It was a pleasure working with DPS (shout out to Event Producer Dan Parise and Site Coordinator Dave Meyers), Darren Pfeffer and John Sykes of iHeartMedia, Lighting Designer Tom Kenny, Bryan Klunder, VER Lighting and Video, All Access, and Production Rigger Carsten Weiss.