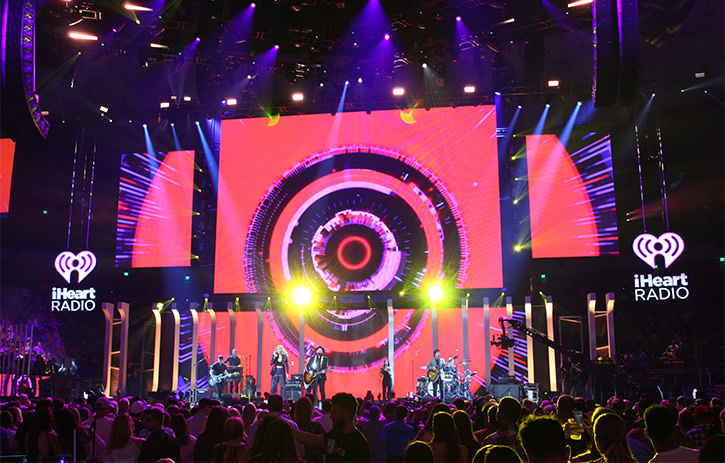 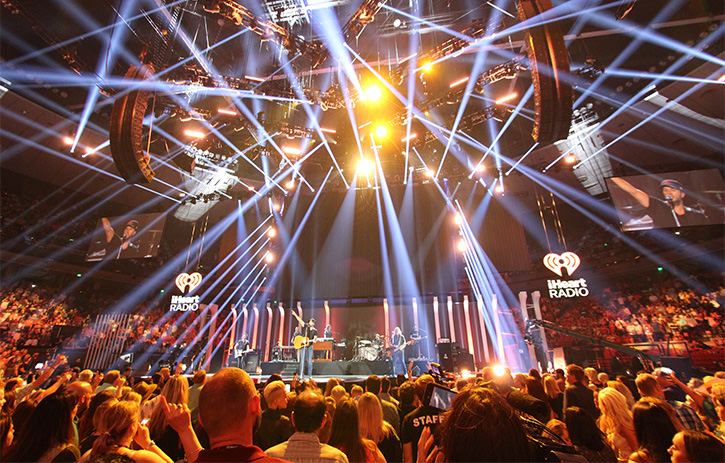 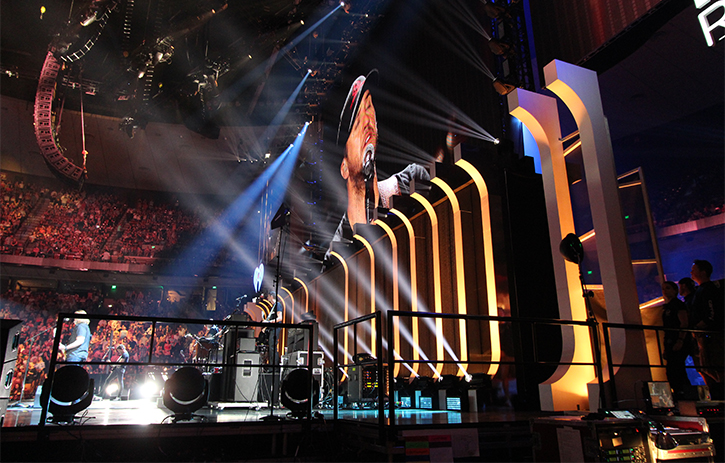 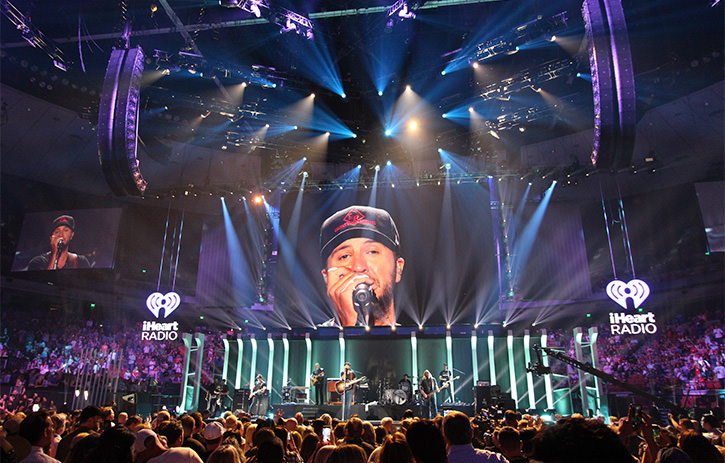 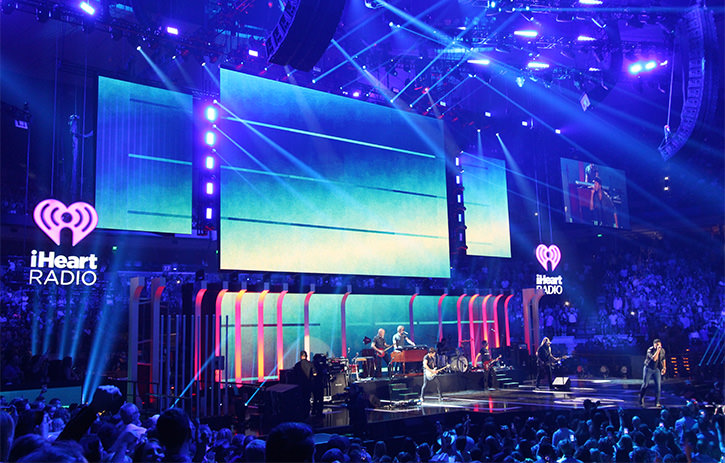 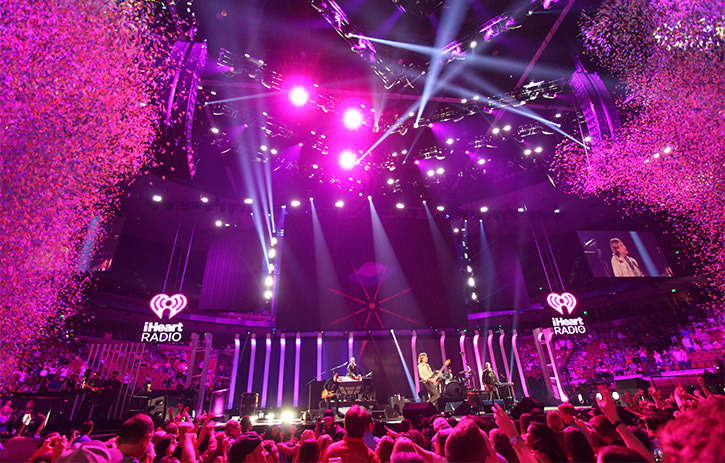 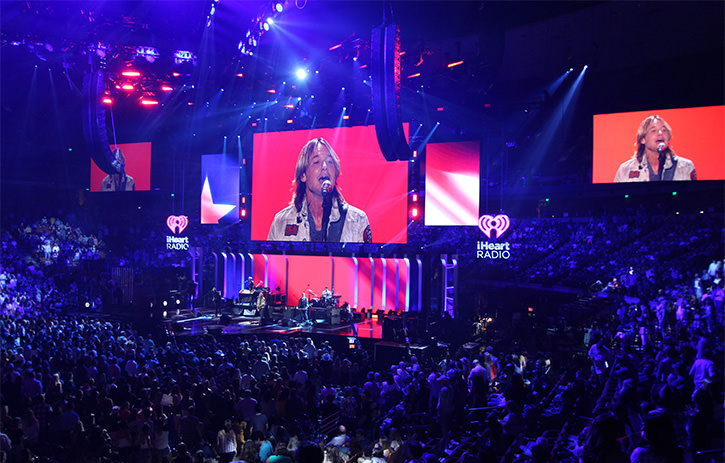 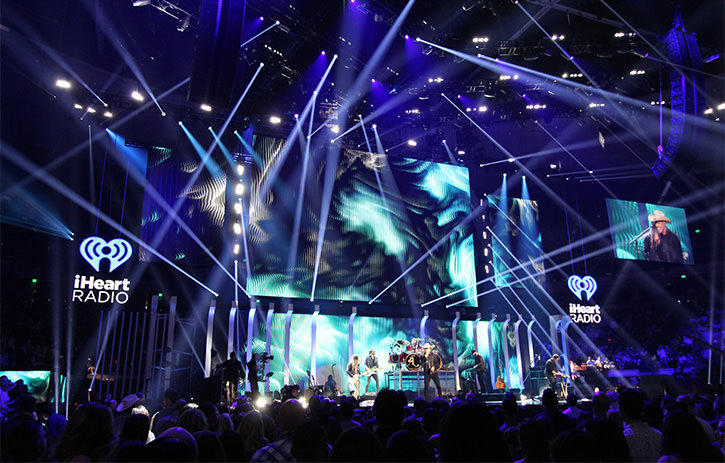 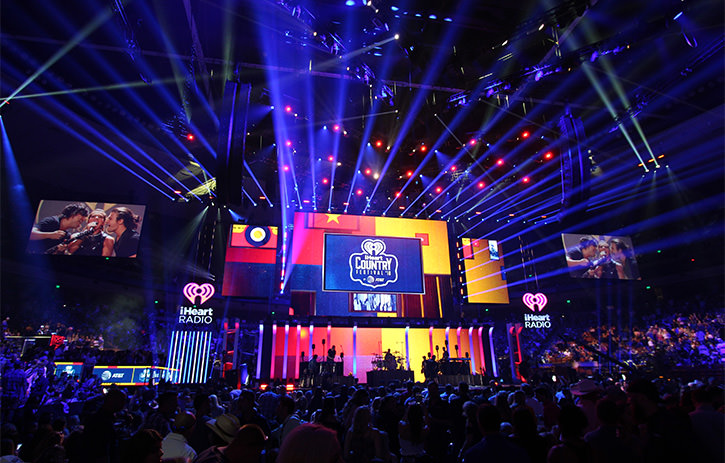 Keith Urban, Luke Bryan and Dustin Lynch were a few of the many country music superstars to hit the stage and deliver outstanding music at the fifth annual iHeartCountry Festival in Austin, Texas this year. With sleek looking scenery designed and built by team ATOMIC, the star-studded event was live-streamed on Twitter and att.com giving viewers a real-time experience from the comfort of their homes.

Similar to the iHeartCountry Festival 2017, the infamous turntable wall made an appearance with a polished new look. With video tiles placed on the face the of the wall, custom upright rib units were constructed, lit and spaced across the wall for an added polished look. The iconic iHeartRadio logo light boxes also made another appearance hanging on both sides of the stage.

Congrats to our awesome client and partners on another successful event: the iHeartRadio team, Lighting Designer Tom Kenny and his A-class team of programmers, and DPS.