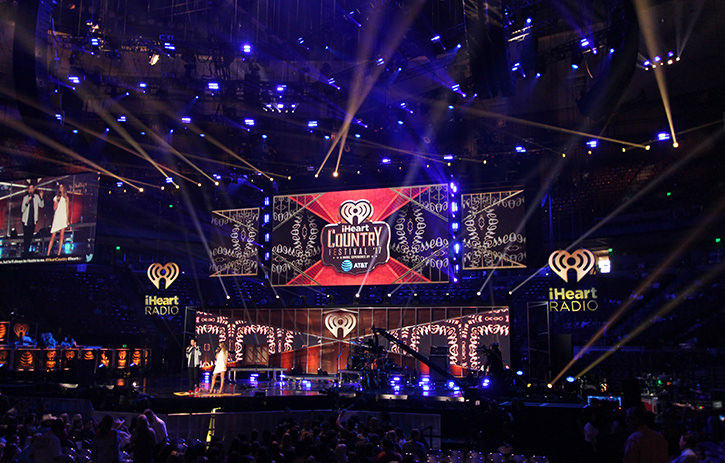 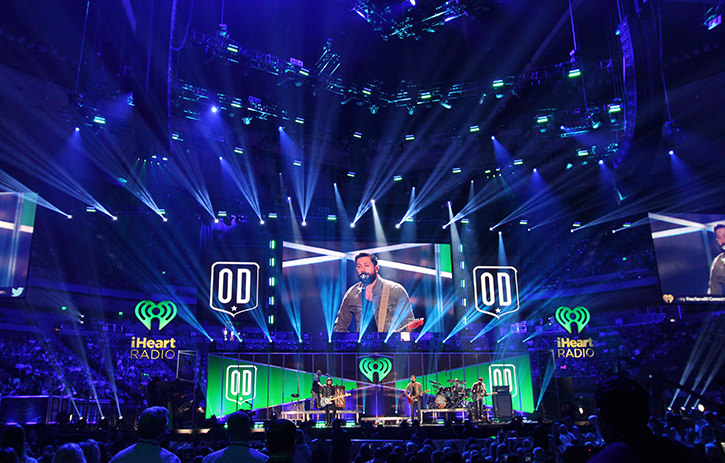 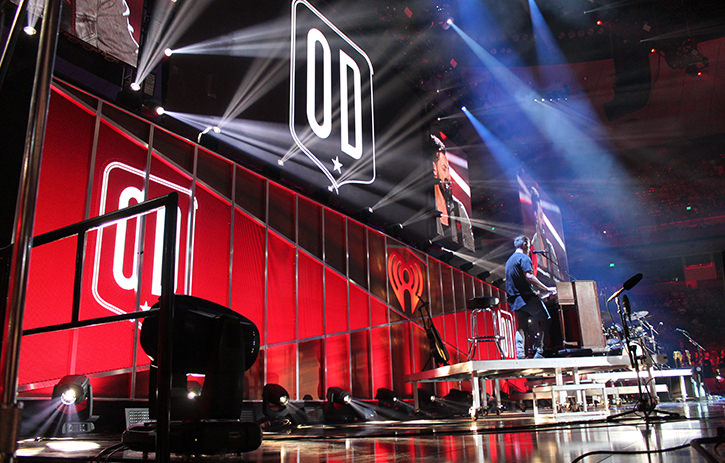 side view of the turntable wall 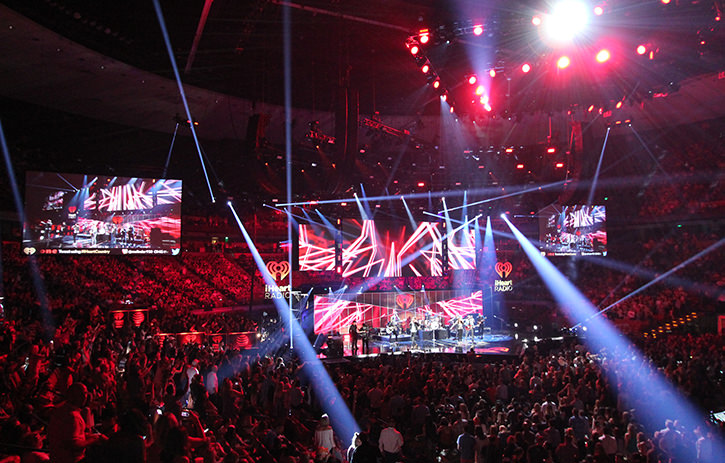 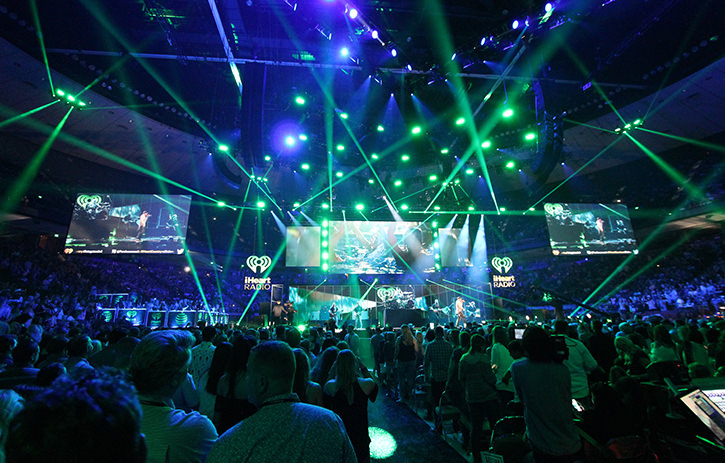 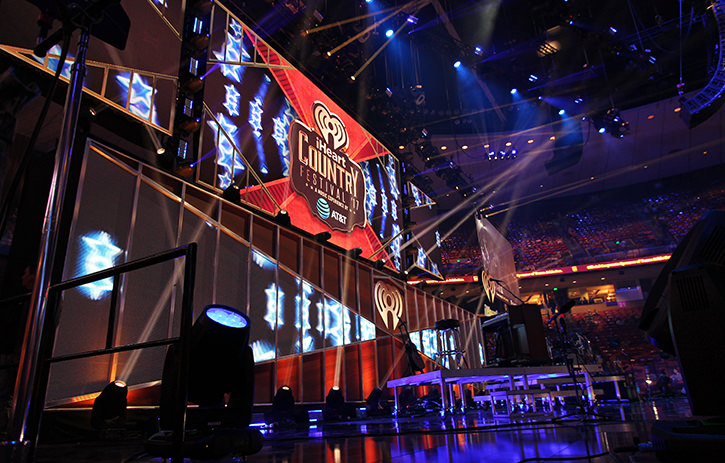 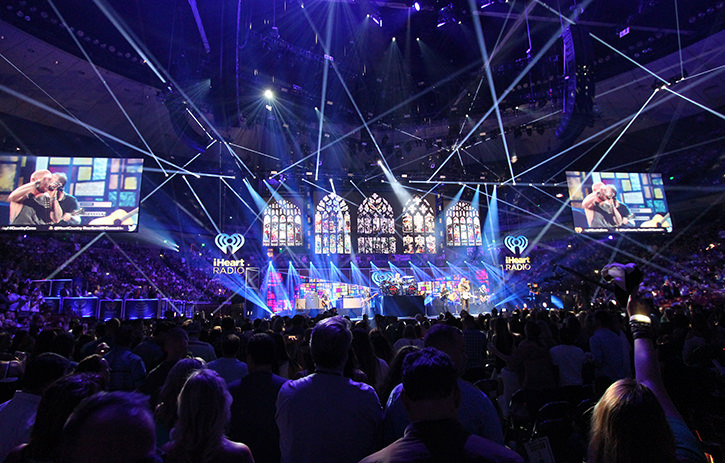 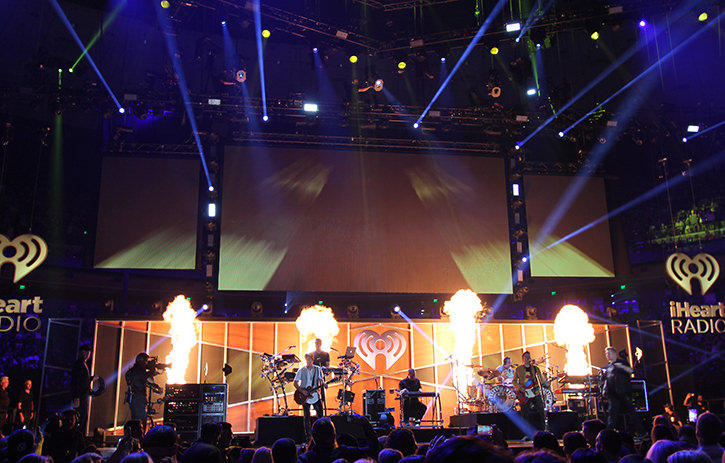 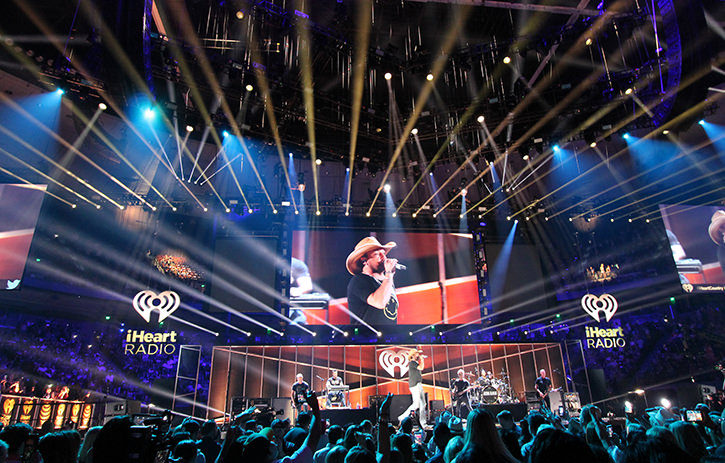 Darius Rucker, Little Big Town, Kelsea Ballerini and many other A-list country music stars rocked the stage at the 2017 iHeartCountry Music Festival. Returning to the Frank Erwin Center in Austin, Texas, our Design and Set Construction teams paired up to execute a rockin’ set for the third year in a row.

The main stage was sizzlin’ with a turntable wall that not only looked great, but was also very practical. The key to the success of this show is to keep the acts moving at lightning speed, with minimal time between each act. ATOMIC Designer Charlie Cook hit the drawing board and created a design for the turntable wall which allowed for just that. As the crowd watched the country music superstars, stagehands quickly worked to set up the next act behind the wall. The turntable wall included video with overlaying aluminum frames which gave a soft look for the cameras, even when there was no video content being shown. By masking the video tiles, Cook’s design moved away from the standard square and rectangle look, and created a stunning, visually appealing look. To bring the country motif to life, a scenic wood grain was painted on. The iHeartRadio logo was the focal point of the turntable wall, built as a glowing lightbox. Aside from the turntable wall, our teams also decked out the DJ booth and the VIP area, as well as the graphics for the rail and carpet for the decks.

In all, we were happy to get down to Austin again for some delicious southern BBQ and to work with our awesome client and partners: the iHeartRadio team, Lighting Designer Tom Kenny and his A-class team of programmers, and DPS. Thanks for another killer show for the books!