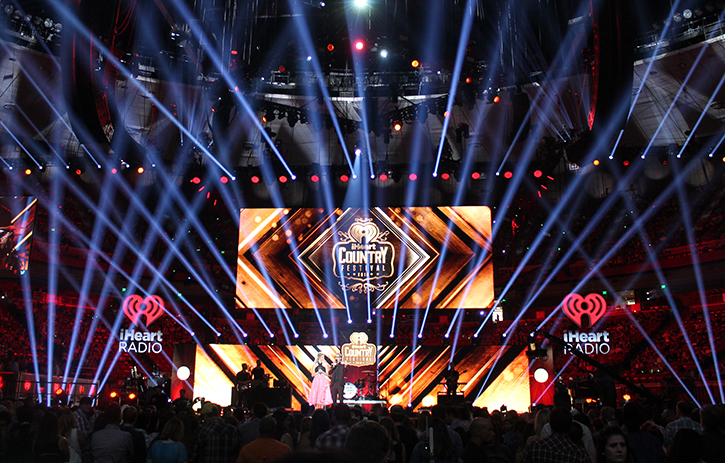 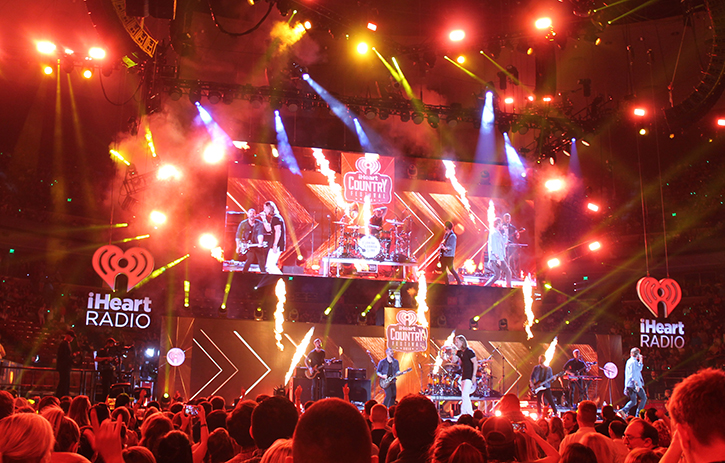 A little pyro to liven things up at iHeartCountry Festival 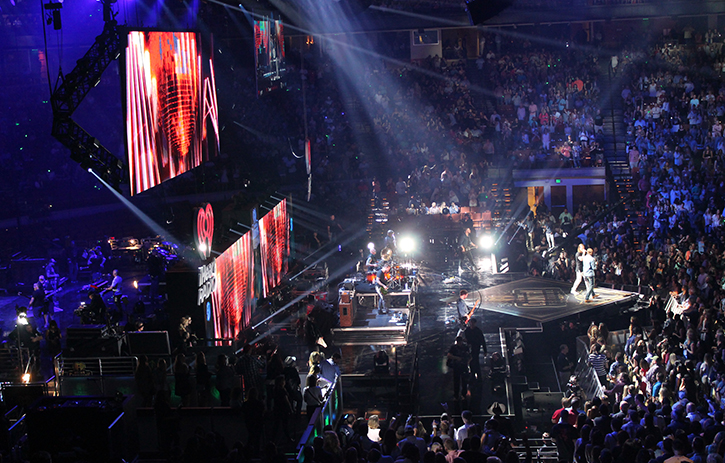 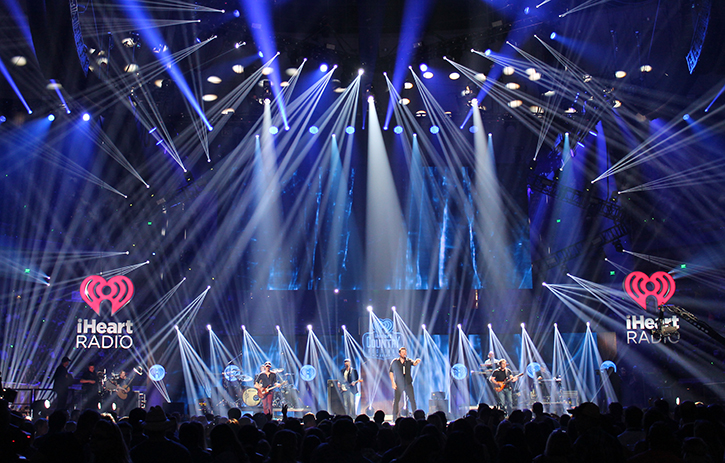 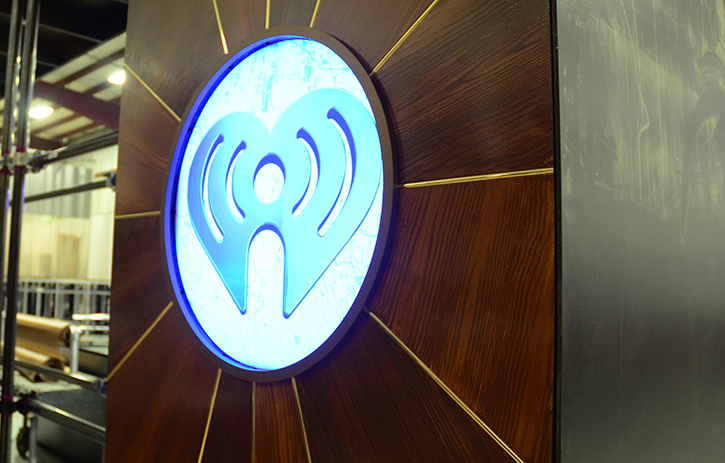 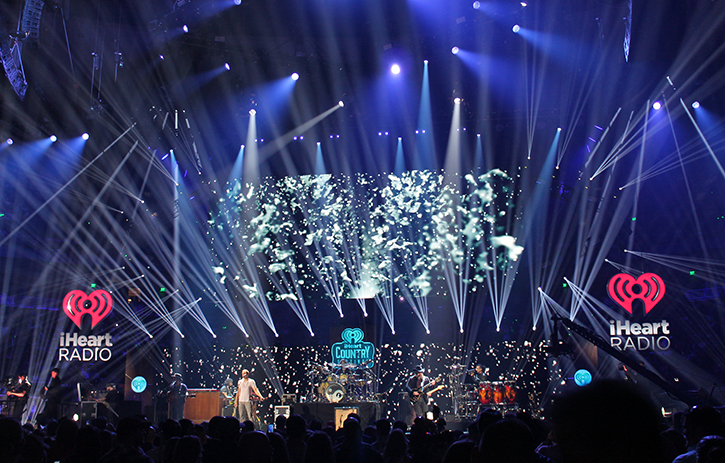 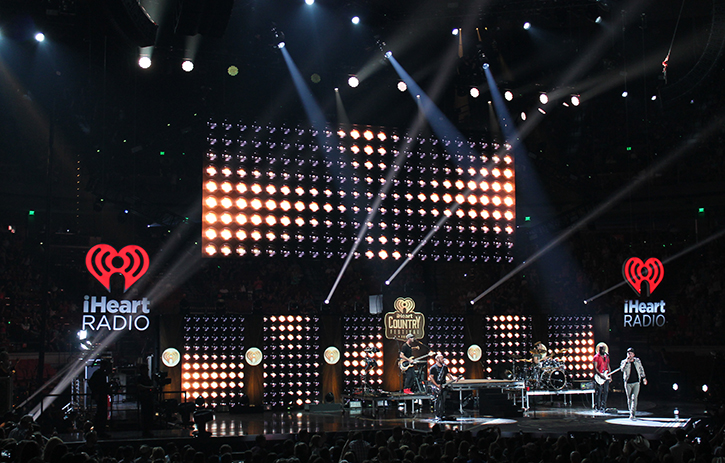 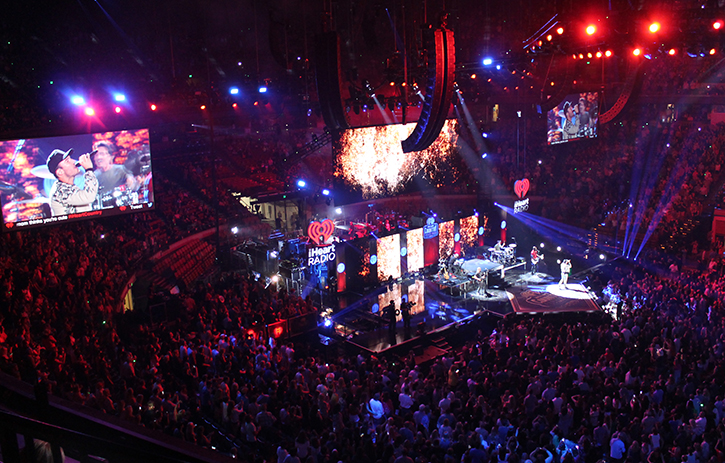 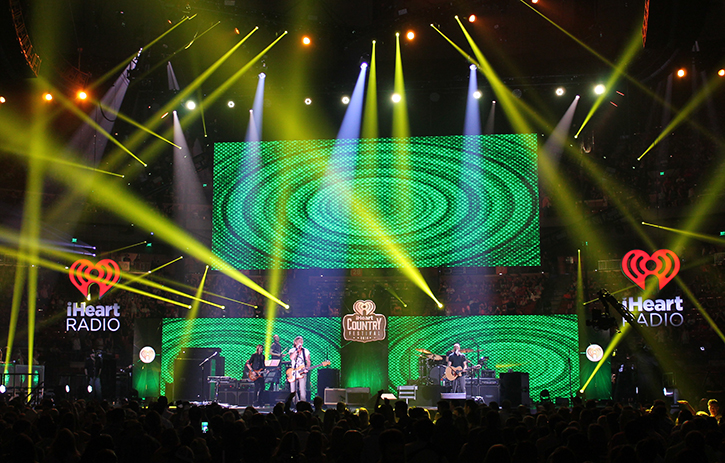 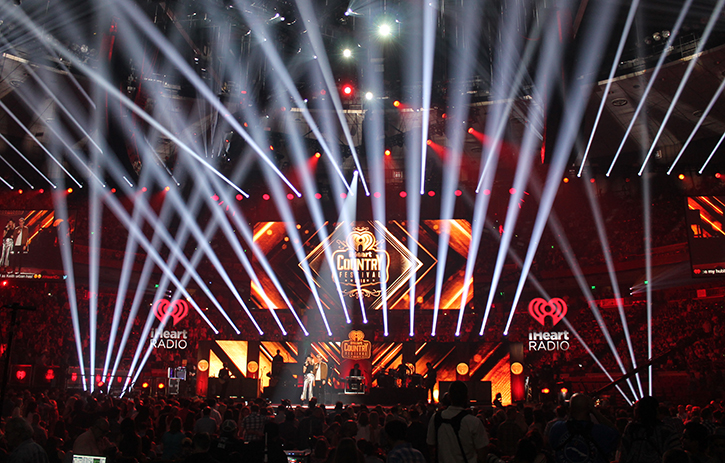 Mix up a little Zac Brown Band, Keith Urban, Miranda Lambert, Brett Eldredge and a handful more of big name country music stars and you’ve got the lineup for 2016 iHeartCountry Festival. Designed and built for the second year in a row by Team ATOMIC, the iHeartCountry festival is created for both the live and television audiences. This year we headed to The Frank Erwin Center in Austin, Texas for a star-studded night of country music.

The focal point of the festival design was the woodgrain finish and feel incorporated into the this year’s logo and pretty much everywhere in Austin, Texas. The Set Construction team totally rocked the painted wood grain finish on the turntable wall. The turntable wall was designed with a Side A and Side B look to vary the aesthetic for the different performers. Covered in the painted treatment, each side of the turntable featured built in logo lightboxes and screens to display the artist’s content. The team also created the applied vinyl graphics for the diamond-shaped custom thrust stage and the DJ booth. DJ Sinister rocked out in the DJ booth and bar area created for an exclusive VIP experience at the festival.

The design team worked closely with our good friend Lighting Designer Tom Kenny and his team to place the lights and create the best look for the live concert and filming of the television special. Thanks to iHeartRadio and DPS for another great project!