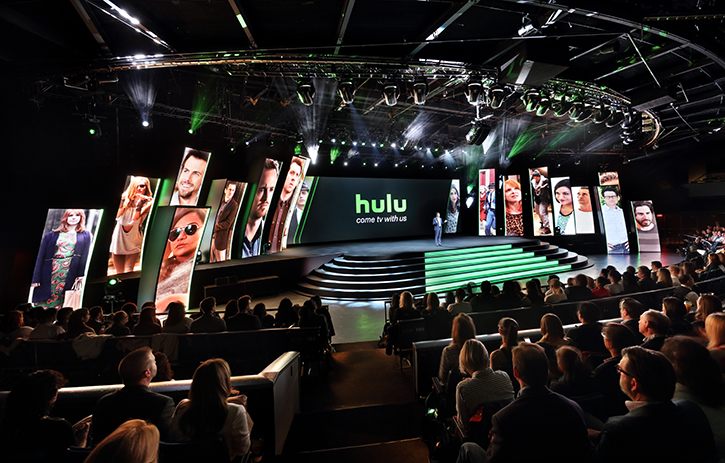 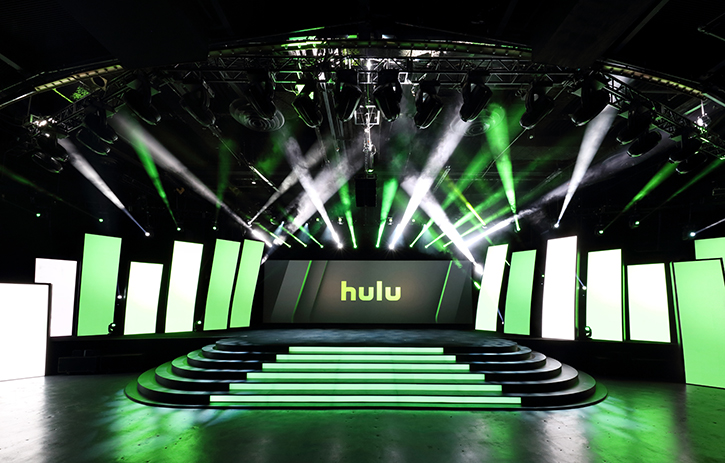 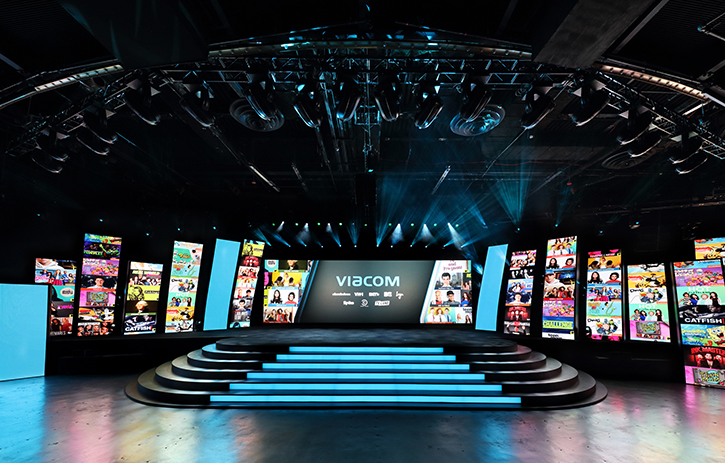 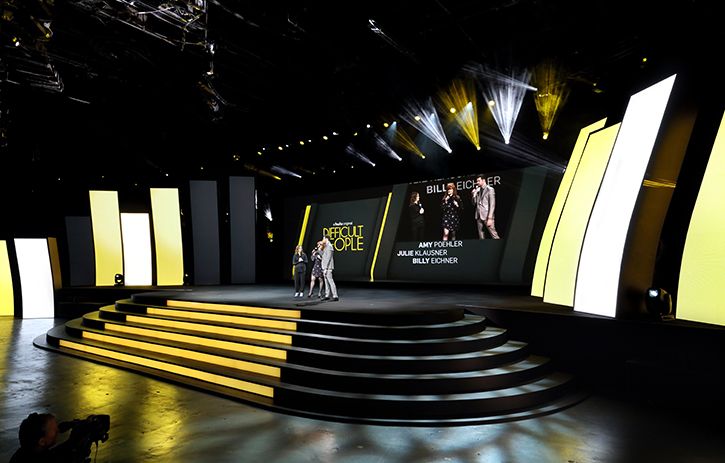 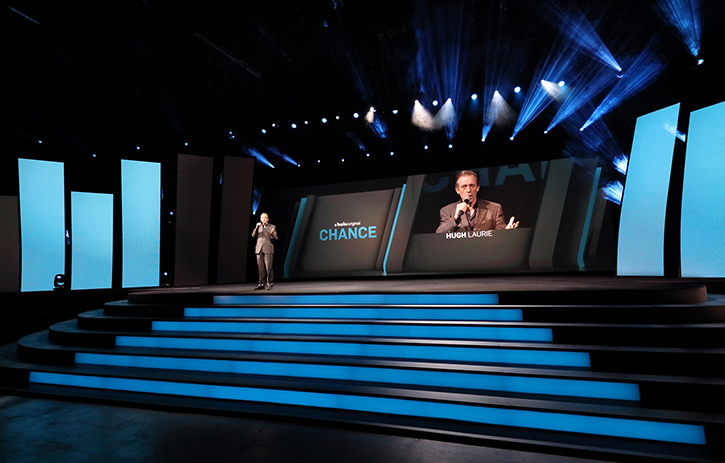 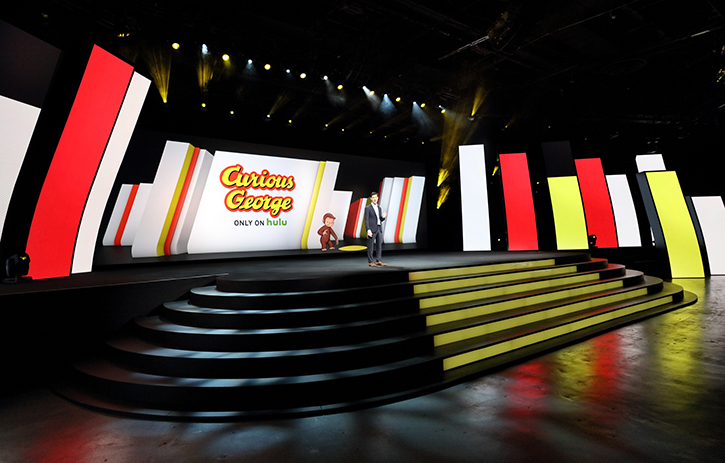 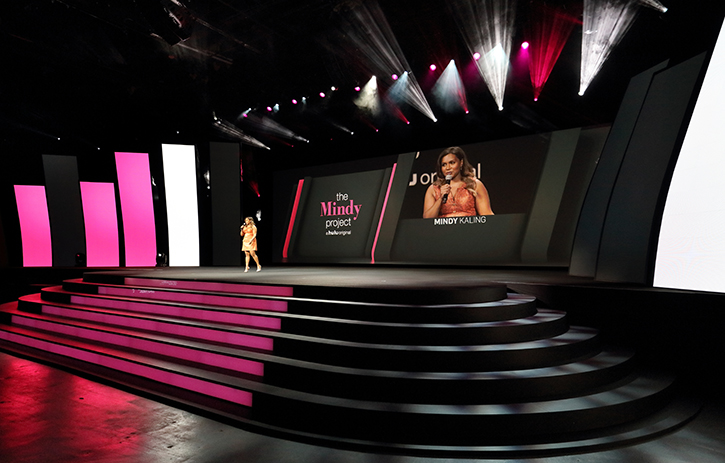 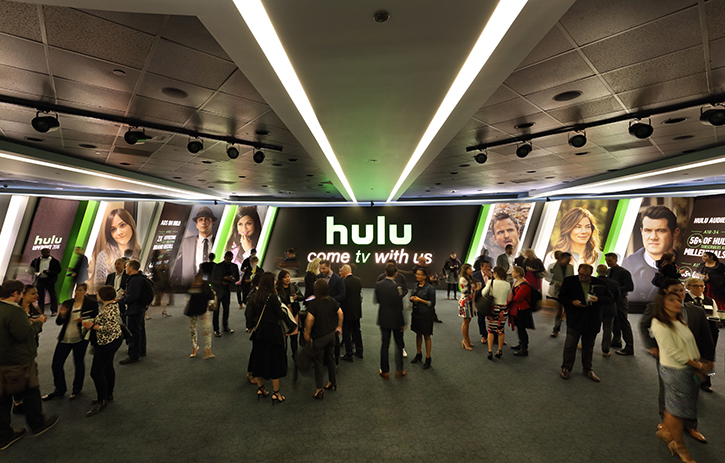 The Hulu Upfront was all about “new” this year – new venue, new content and new advertising options. ATOMIC joined Swisher Productions to design and build the stage for the third time and the lobby for the first time. The venue was new for the Hulu Upfront but not for ATOMIC; our team is well versed with the Madison Square Garden Theatre from years of producing, designing and building events in the same space.

Also new to the mix this year, creative agency Stun Creative/Buster joined the Hulu Upfront production. ATOMIC’s Design team collaborated with Stun Creative/Buster to keep the stage look cohesive with the overall show and content design. The main visual elements on stage were tall, vertical video pieces or “tusks,” which were reminiscent of Hulu’s original logo and branding. Designer Andi Blady developed the look for the stage and the lobby. ATOMIC’s Set Construction team brought Blady’s design of video tusks, wide format hero screen and LED integrated stairs to life. Lighting Designer Greg Cohen brought his expertise to the show, tying the space together with light.