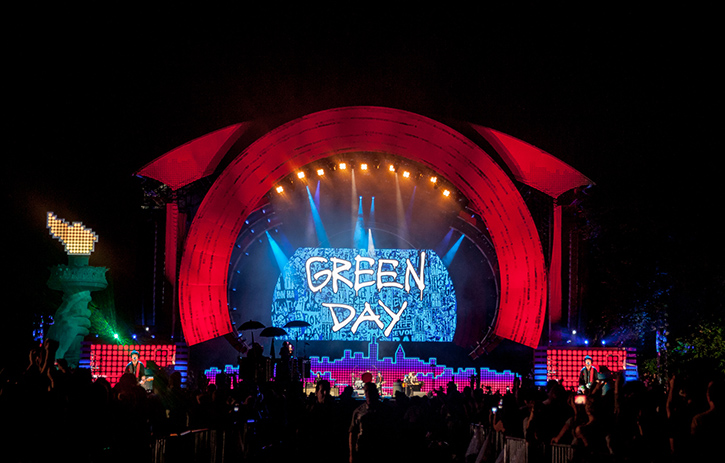 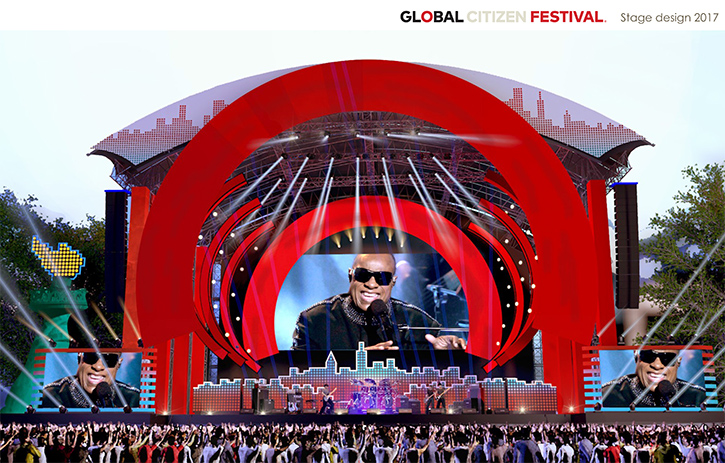 The Lumineers on stage at Global Citizen Festival 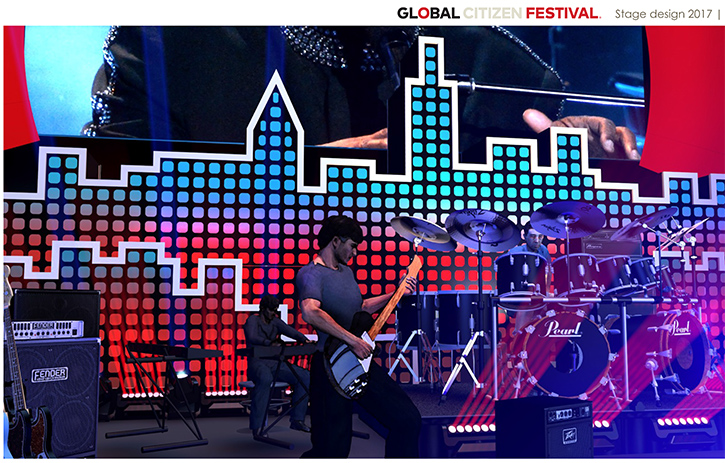 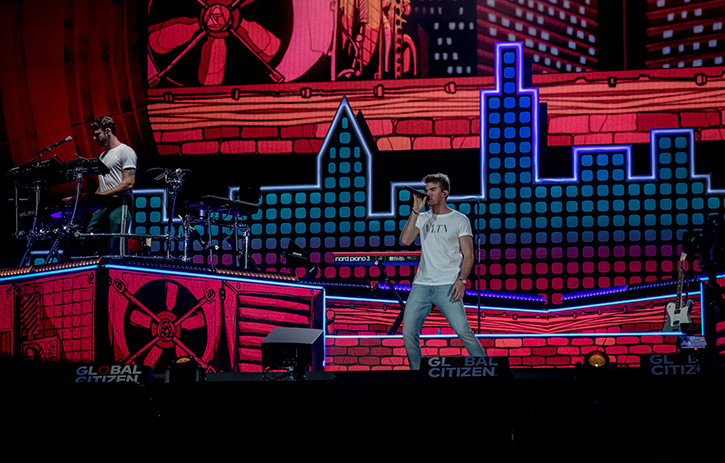 Chainsmokers perform in front of the NYC skyline turntable wall 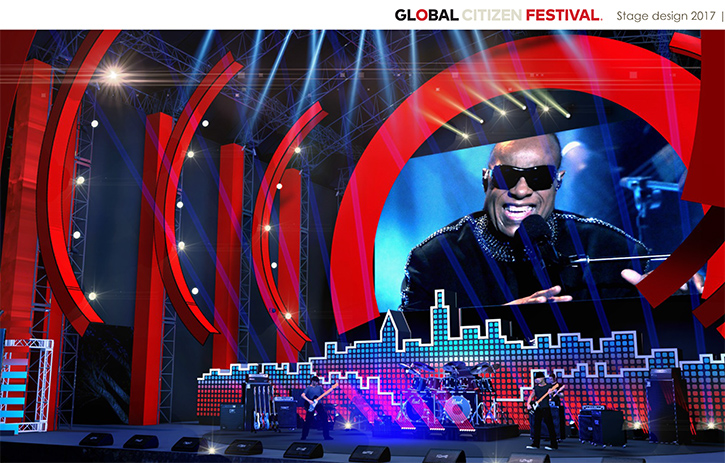 Rendering of the festival stage 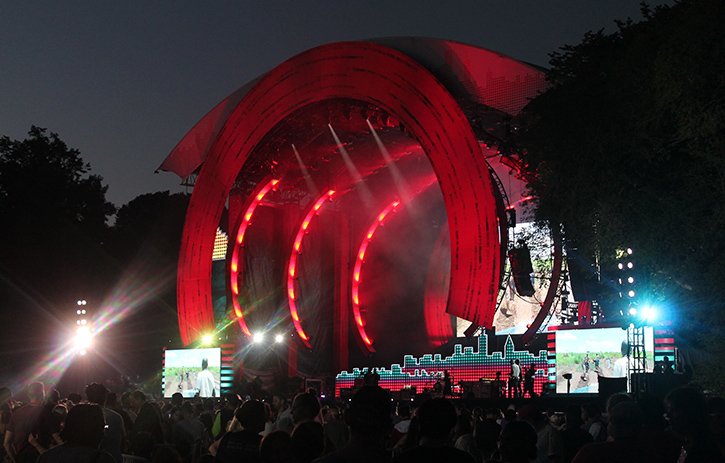 The stage incorporated existing and new elements this year 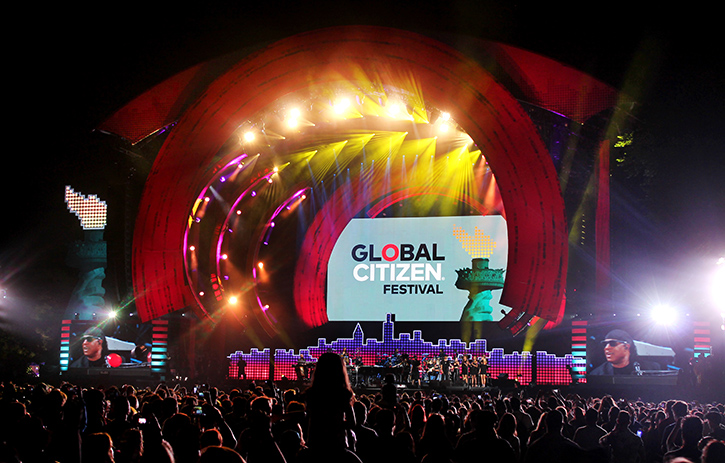 Celebrities, politicians and activists made announcements throughout the day on the side stage 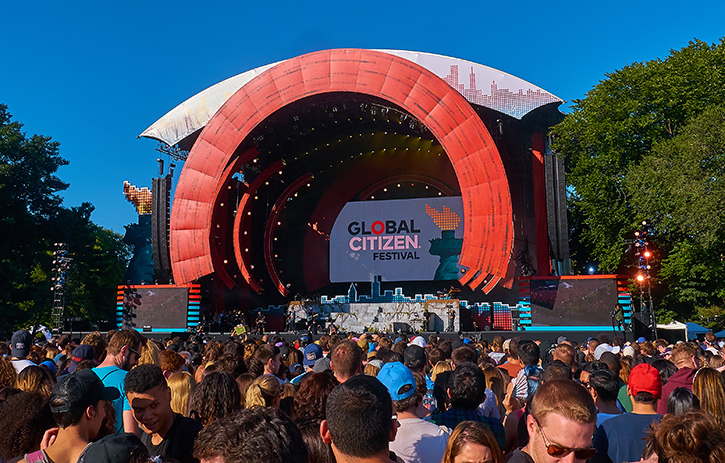 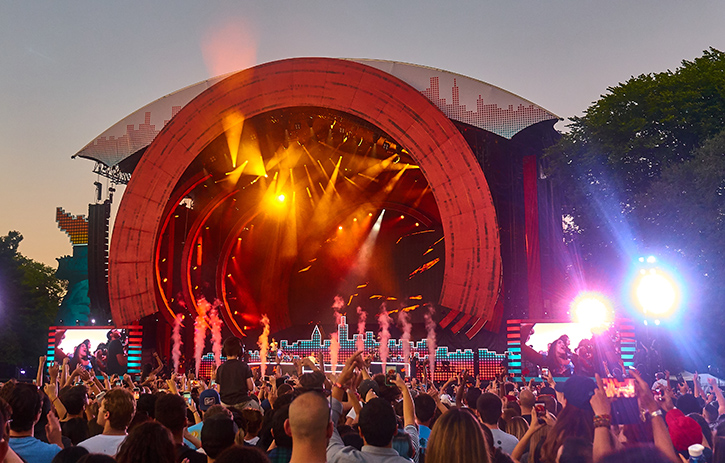 The stage glowing at dusk 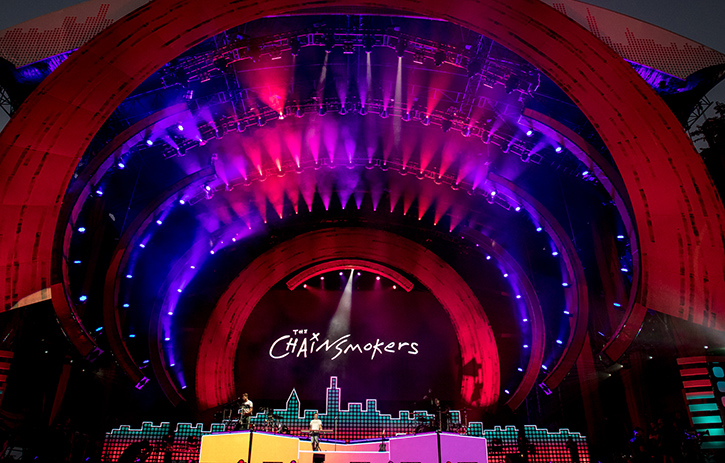 The Chainsmokers rocked the festival lineup

This September in New York City’s Central Park, 60,000 people gathered for the day to hear amazing music and powerful messages from world leaders and activists working to end extreme poverty! Building off an original design by Steve Cohen, Team ATOMIC designed and built new stage elements for the annual Global Citizen Festival which featured the iconic line up of Stevie Wonder, Green Day, The Lumineers, The Chainsmokers and more. The attendees spent the afternoon and evening listening to amazing music along with celebrities, politicians and activists sharing about the work that Global Citizen is doing across the world. The event was live on MSNBC, Facebook and YouTube, reaching millions more online to share their powerful messages.

In order to set the stage, Designer Andi Blady worked to create a fresh new look this year. The familiar iconic red portals from years past helped to frame the brand-new NYC-themed set this year. Andi designed a look that included strong brand messaging from Global Citizen as well as geographical inspiration, pulling from the images of the New York city skyline and Lady Liberty arm. The NYC skyline turntable wall incorporated a backlit graphic dot patterns that changed color as a nod to an equalizer bar. The lady liberty arm not only represented equality and freedom, core values of Global Citizen, it was a super cool scenic element. Our Set Construction team refurbed the existing portal arches as well as building all the new stage elements including the header, new side stage screen surrounds, hero screen, turntable wall and the Lady Liberty arm.

Mega thanks to our client David Beame and the Global Citizen Team, Ken Graham, DPS and Site Production/Lighting Designer Zack Guthimiller. It’s always an honor to work with organizations that are making a BIG impact and Global Citizen is one of those!