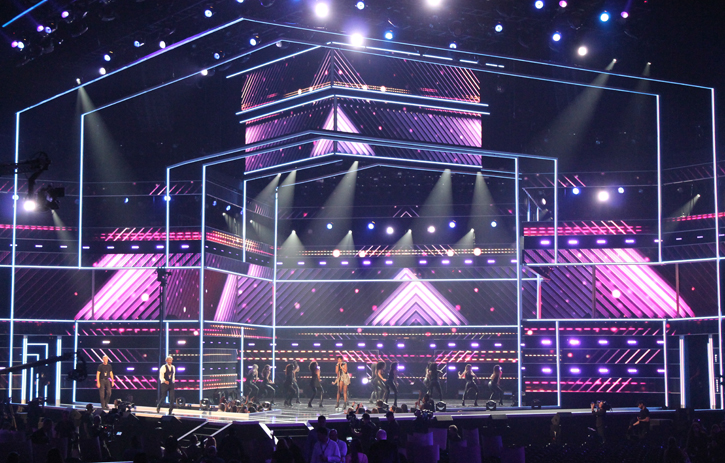 Luke Bryan rocks it during his live performance 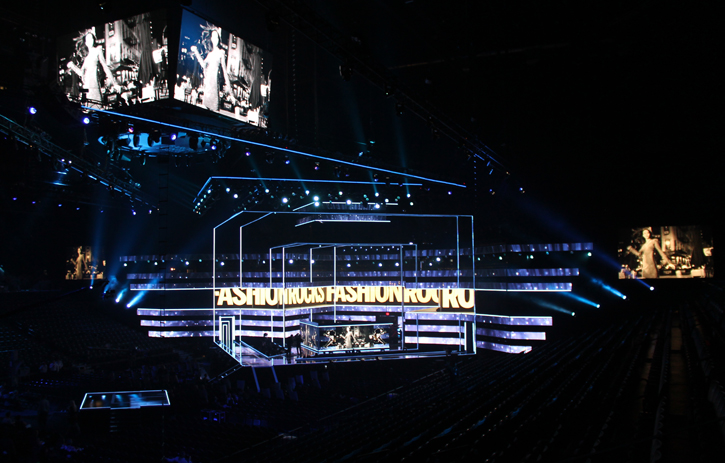 The set featured video integration and LEDs at the Barclays Center 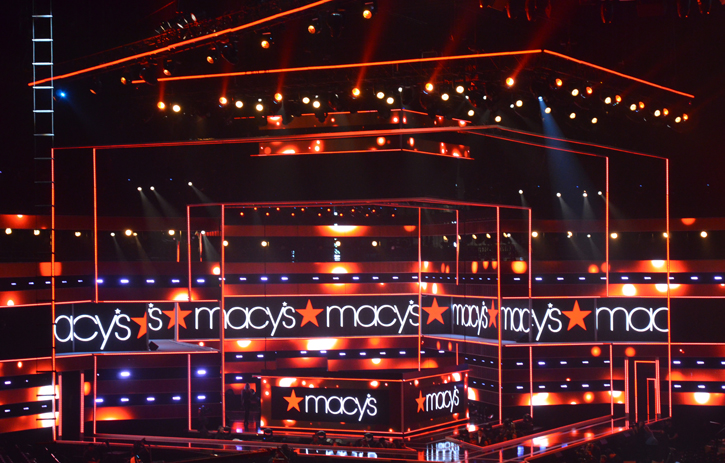 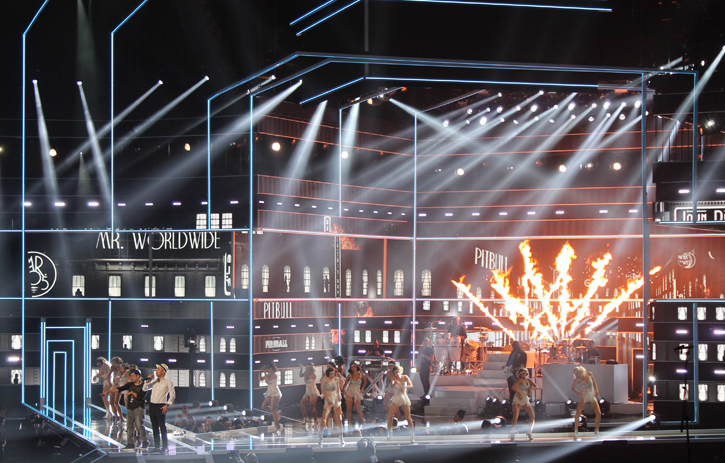 Pitbull performed his new hit Fireball (including some pyro!)

A mashup of fashion and rock presented live on television makes for an entertaining evening and a fun project to work on! Fashion Rocks Live aired on CBS during Fashion Week 2014 with an incredible set designed by Anne Brahic and built by ATOMIC. The large arena set featured video integration, custom lifts and LEDs throughout the stage. With performances by J-Lo, KISS, Jennifer Hudson, Duran Duran and many more stars, the models wearing this year’s trends had some lively music backing them on the catwalk.

Fashion Rocks Live posed a challenge to the Designer and Set Construction team as the stage was built from scratch in an arena and the video screens extended beyond the stage over an elevated seating area. Fashion Rocks Live featured models wearing the latest trends on the catwalk during performances by some of the hottest artists. The Set Construction team not only built the stage with catwalks surrounding VIP audience areas, they assembled a second story catwalk to accommodate more models throughout the performance. The stage also contained custom built lifts that raised KISS band members during their performance.