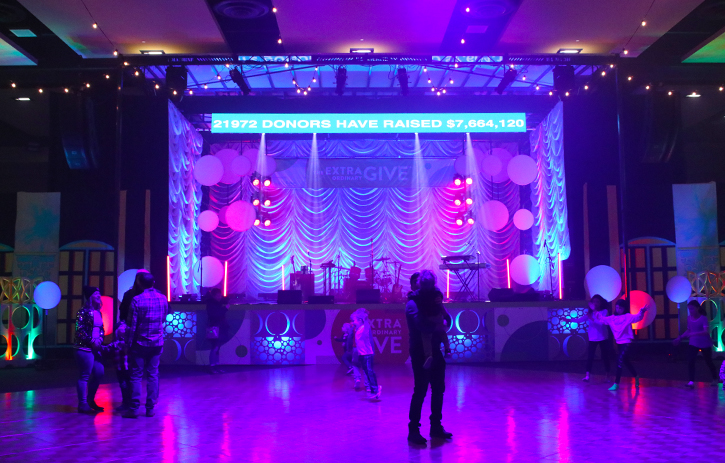 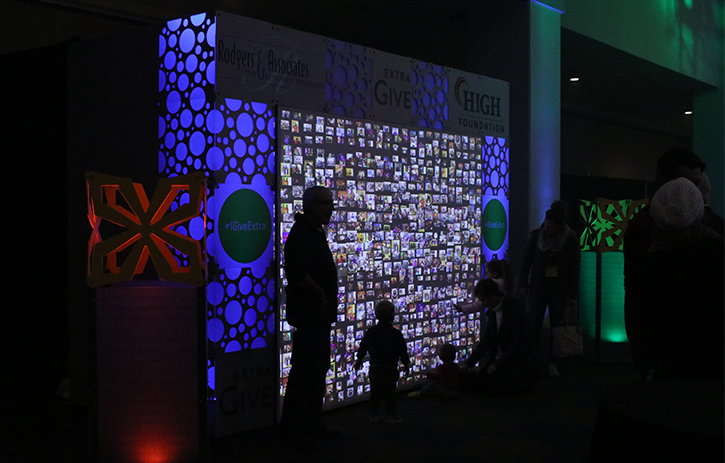 Guests interacted with xPRESS by pressing the screen to enlarge photos 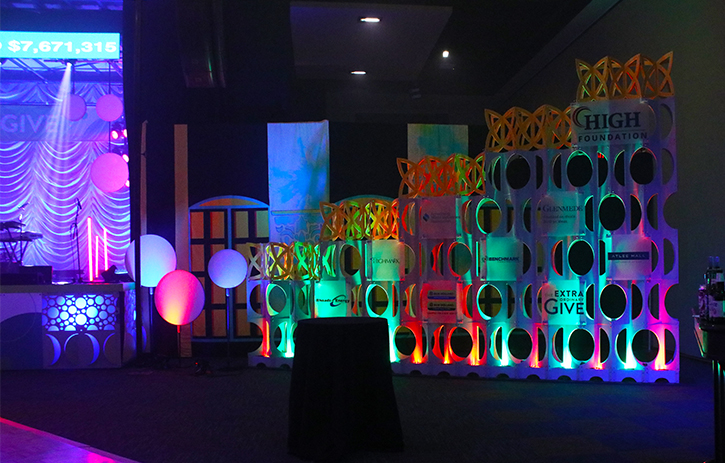 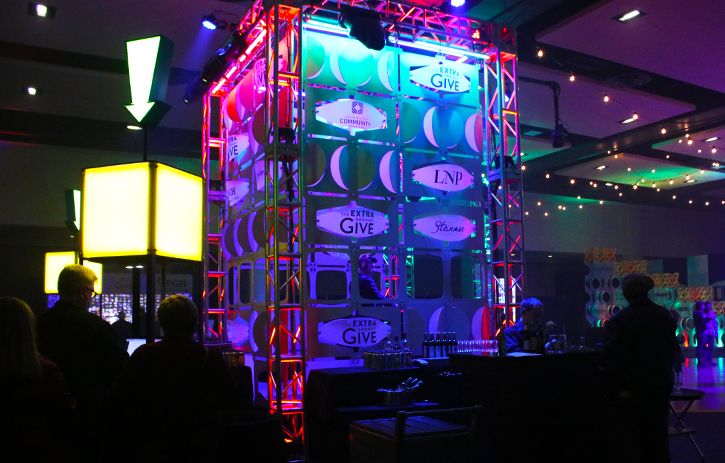 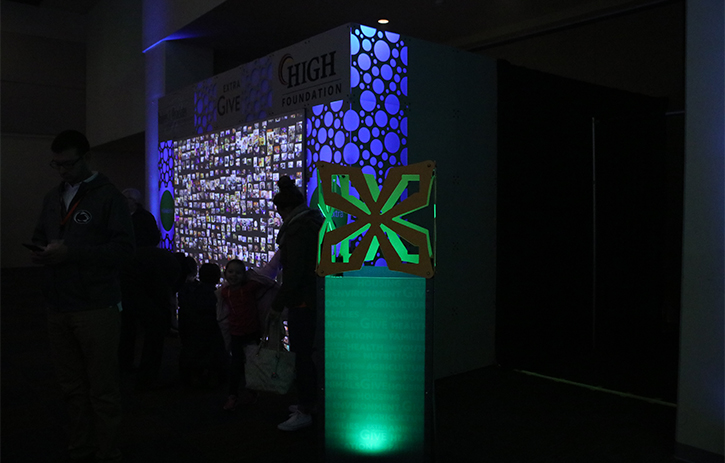 Custom branded SuperColumns were scattered throughout the event 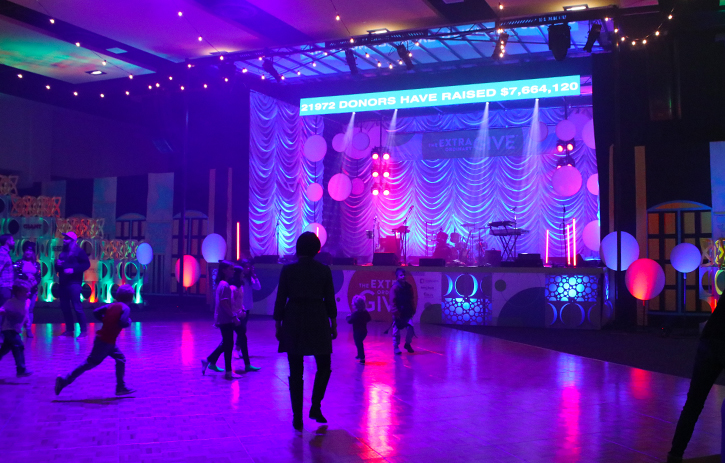 ATOMIC Designer Brie Rogers set on a path to design looks that turned the event space into a block party vibe, complete with festoons, air stars and even a food truck line! ATOMIC’s Modular Systems products decked out the venue providing unique looks with custom branding. Party-goers got a first-hand look at Poppies, the latest and greatest product from ATOMIC that is soon to be released. These circular units included custom printed skins and were ground supported to create a red-carpet photo op background. The Poppies also made a splash hanging on the main stage in front of our Buule soft goods.

New to the main stage was a truck stage; due to a tight load-in and load-out schedule, the truck stage played an essential role in the effectiveness of the build. ATOMIC’s Chadz and Fizz SuperLever panels snapped together alongside custom branded panels to create a stage fascia, and the crowd was especially pleased with the entertainment sitting higher off of the show floor than ever before. A DJ station stood in the center of the room, showcasing ATOMIC’s SuperLever product line.

xPRESS made another appearance this year, allowing guests to interact with the unit to view photos from the many organizations benefiting from this day of giving with a simple press of the hand.

Our team had a blast working on the ExtraGive fest once again, and is looking forward to next year’s event!